The situation with Mulder (David Duchovny) and Scully (Gillian Anderson) having a child together, which they gave up for adoption, formed part of The X-Files mythos after I’d stopped watching in the late-1990s, so it’s always been hard for me to care about it. I’d much rather the revived series ditch the alien conspiracy stuff, chalking that up as a crisis long averted, then letter Mulder and Scully work together as a couple on monster-of-the-week cases before retirement.

James Wong managed a difficult trick with “Ghouli”, in laying the groundwork for a standalone story (seemingly about hallucinations), after two teenage girls knifed each other to near-death after mistaking each other for the eponymous boogieman — a sort of bipedal shark creature with tentacles. It was an effective teaser with fantastic location shooting on a dilapidated ship, the Chimera, slowly rusting on a riverside somewhere. The creature design was also excellent, being a huge improvement on what The X-Files was able to achieve back in the ‘90s. 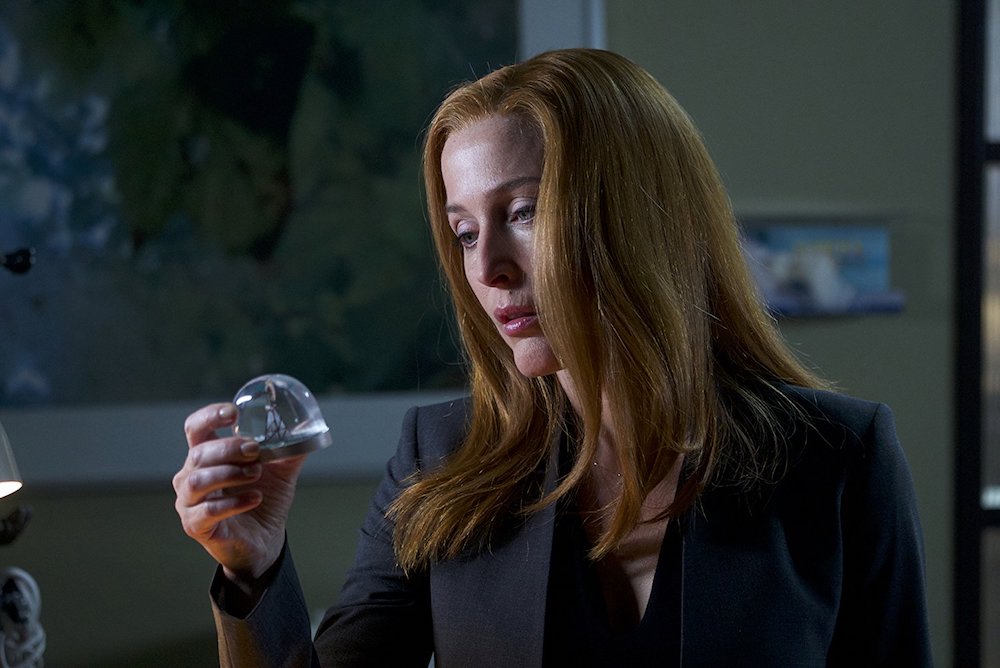 But once settling in with a few theories rattling around your head about what “the Ghouli” really was (my bet was on a Slenderman-style urban myth), the script took unexpected turns and became a mythology-intense hour about Mulder and Scully’s adopted son William. It turns out the injured girls wer dating the same boy, Jackson Van Der Camp (Miles Robbins), who has the supernatural ability to trick you into seeing things. And after Mulder and Scully investigate Jackson’s apparent suicide at his home, even that’s revealed to be a deception on his part to evade capture, with Mulder finding evidence that Jackson was part of a top secret Department of Defence project involving children with alien DNA. Could Jackson be William, their adopted son?

Cleverly, this story just kept revealing new layers. It seemed to be a freak-of-the-week story, then gained some emotional relevance to Scully (who started to wonder if Jackson was her son), and finally the pieces came together to acknowledge this was the case. William was even responsible for sending his birthmother her frightening vision of a doomsday virus ravaging the world, ending with a UFO hovering over Washington D.C, which ended “My Struggle II”. 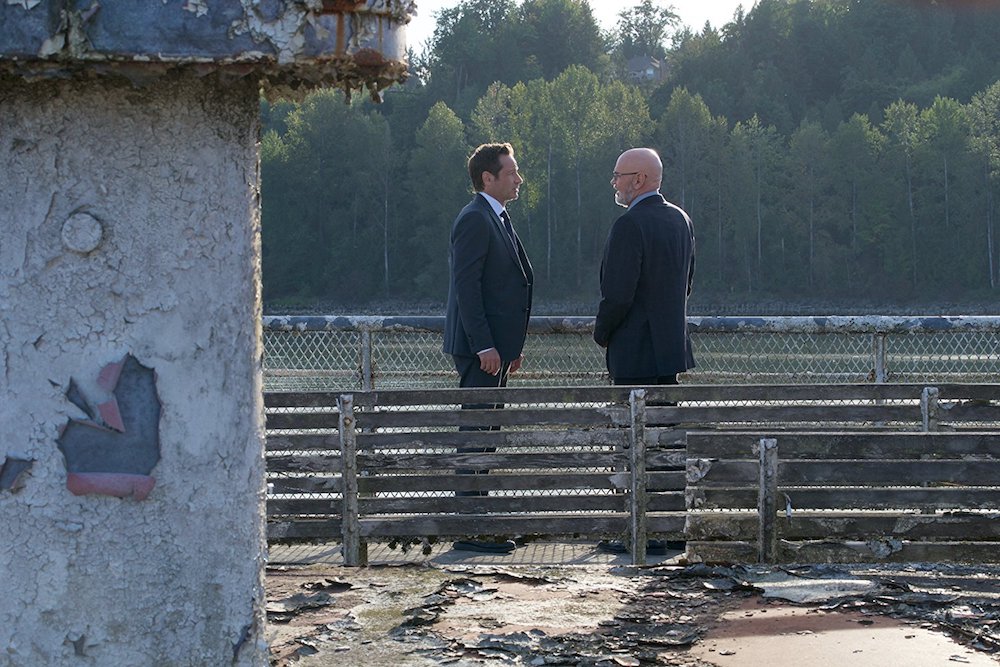 I guess that just about hangs together, although there are certainly some problems with “Ghouli” as a whole. Once we learned who Jackson is, and what he can do, it retrospectively made the teaser a very alarming misuse of his powers! He almost had his two lovers stab each other to death, scared witless by a monster. I’m not sure the second half of the story properly connects to the first half in some ways, but still appreciated getting a stealth mythology hour that got me more interested in the ongoing William subplot.

In particular, Gillian Anderson was fantastic in this hour, and clearly relished the scene in a mortuary where Scully poured her heart out to Jackson laying in a bodybag. She wasn’t entirely sure she was speaking to her child (and I certainly didn’t think she was, as it seemed stupid to kill him so early), but nevertheless Scully took the opportunity to ask for his forgiveness over how his life’s turned out, and to understand he wasn’t given away because he wasn’t loved. It was quite the opposite. 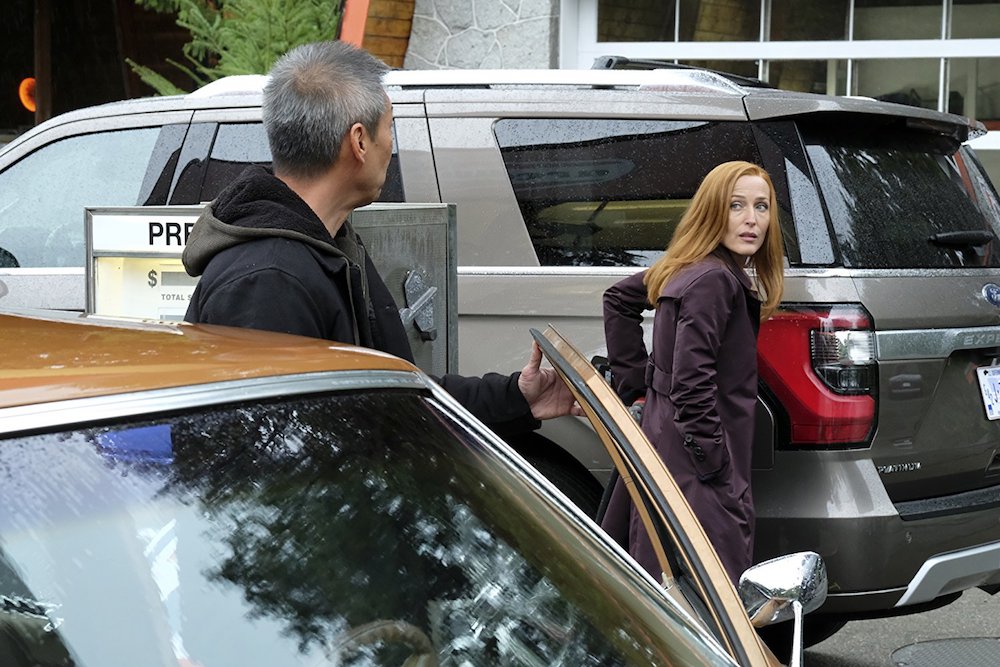 While I’m not the biggest fan of the idea Mulder and Scully had a human-alien hybrid child (although we recently learned the Cigarette Smoking Man is the real father in “My Struggle III”), actually having that character exist as a teenage with paranormal abilities is a lot more fun than regretting something that happened 16 years ago.

It’s also a surprisingly emotional decision to keep William from reconnecting with Scully in the way she’s recently started hungering for, so the final scene with William (projected as “Dr. Matsumoto”) talking to Scully before disappearing again was a great way to end things. Anderson has confirmed she’s leaving The X-Files at the end of this season, and it seems unlikely Chris Carter would continue writing the show without her (knowing how unbalanced it became without Duchovny), so I hope the finale has this unusual family brought together.

THE MANDALORIAN – Season One