The first season of Iron Fist was plagued with issues: it had too many villains, too little character development, terrible action scenes, a lack of structure, and a host of pacing problems. There was no question about it, season 2 needed to be better, so it has a new showrunner in Raven Metzner (Elektra, Sleepy Hollow), a new fight choreographer in Clayton Barber (Black Panther), and a new sense of purpose and intent. There’s a noticeable improvement here, and it makes the show much more enjoyable and compelling to watch.

After the events of The Defenders, Danny Rand (Finn Jones) now lives with Colleen Wing (Jessica Henwick) and spends his nights fighting crime on New York’s streets and using the power of the Iron Fist to try and prevent a war between triads. He’s trying to take over from Daredevil as the city’s protector, but it’s not easy. Meanwhile, Joy Meachum (Jessica Stroup) is plotting revenge against Danny and her brother Ward (Tom Pelphrey), blaming them for every bad thing in her life. She’s joined forces with Davos (Sacha Dhawan), Danny’s “brother” from the mystical city of K’un-Lun, in her mission to take him down. 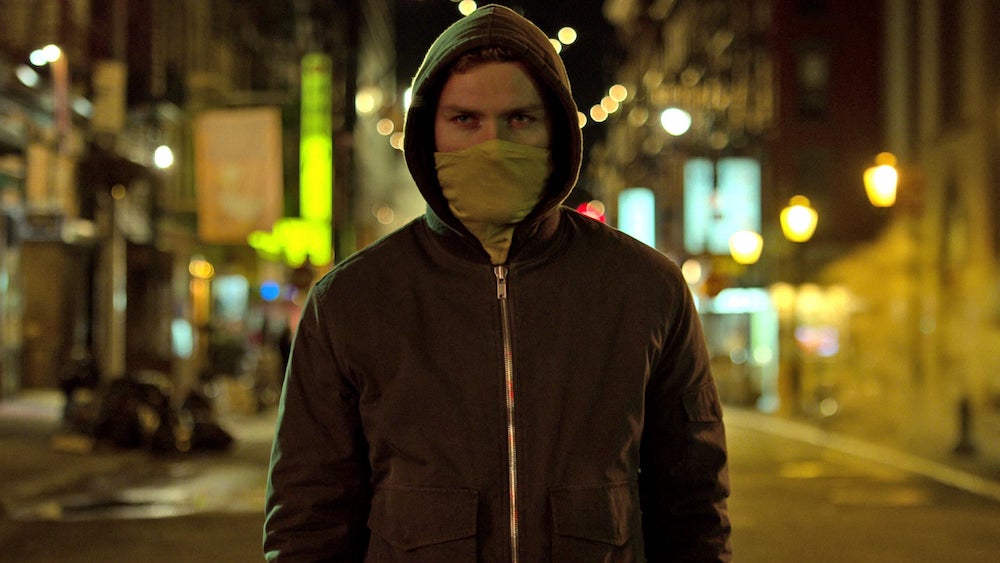 In general, the plot of season 2’s more clearly defined now the show’s free from the nebulous threat of The Hand, telling a story that’s more about gang violence. We now have clear villains and Dhawan is a major highlight as Davos, bringing a lot of anger and intensity to the role and convincing as a villain who believes he’s doing terrible things for the right reasons. Iron Fist also deals with a lot of its pacing issues by shortening the season down to 10 episodes from 13 and focusing on a smaller group of characters.

One significant way it improves over the troubled first season is in the stunts and choreography, which are very important for a show involving martial arts so prominently. Last time, Finn Jones talked about how he only had three weeks to prepare for his fight scenes, which goes a long way towards explaining why he was so unconvincing as a master of kung fu. He’s still not amazing, but the improvement is vast, and characters like Colleen and Davos are standout fighters. There’s combat in every episode, and those scenes feel intense and more authentic. The way the characters move is also more fluid and dynamic, and there’s much less quick-cut camerawork now. Overall, it’s a massive improvement on this front. 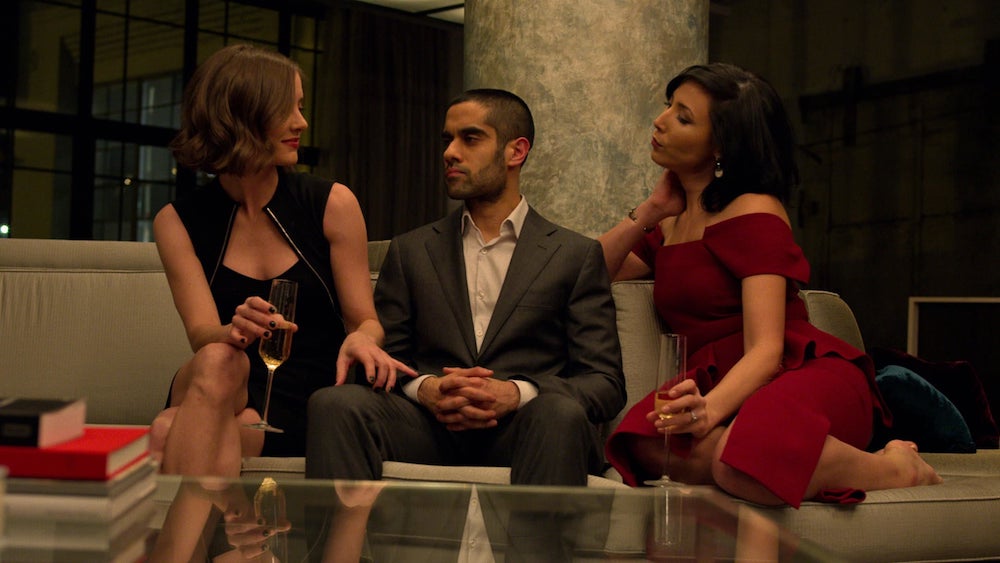 Iron Fist still struggles to find a thematic centre to commit to, however, just like before. It may have better pacing, but you’d still be hard-pressed to pinpoint what this story wants to be about. It’s probably best viewed as a tale about coming to terms with responsibilities, and what one has the power to change in the world. It’s still clear the series needs to pick out ideas and thoroughly explore them, and it’s still not as strong as most of the other Marvel comic-book dramas on Netflix because it doesn’t have a good thematic focus.

As the season progresses, the show builds its character arcs and explores the characters of Danny and Colleen in interesting ways. They’re definitely both the leads this time around, instead of the majority of the time being spent with Danny (and, thankfully, there’s now no boring boardroom drama anywhere). Colleen’s story deals with her past and the unanswered questions she has about her family, while Danny also has to reckon with his past and whether being the Iron Fist is actually his destiny. 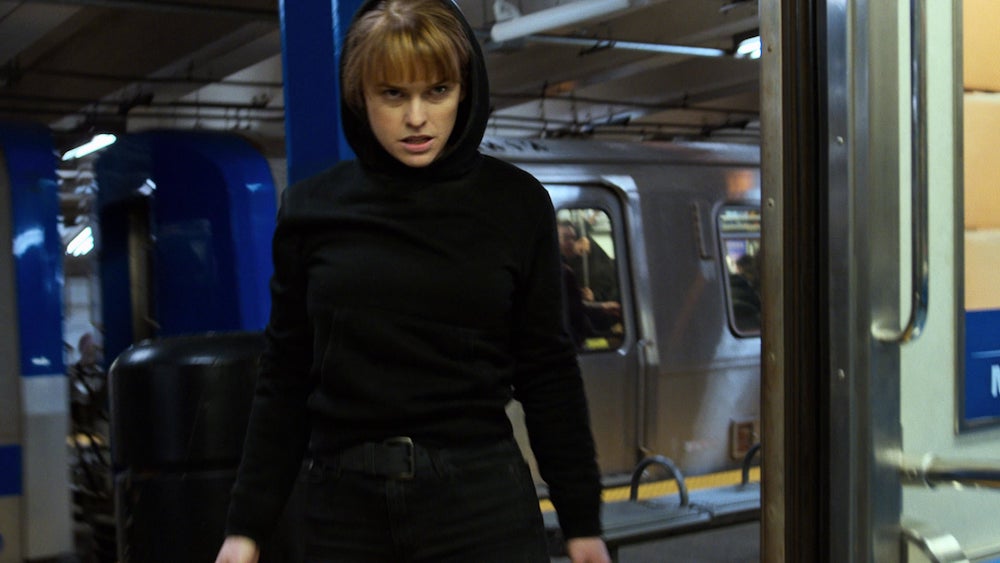 While all this is happening, there’s a whole lot of family drama between Joy and Ward, mostly due to how much the two have kept secrets from each other. Stroup and Pelphrey are both very good in these roles. It’s often difficult for actors to create a convincing sibling dynamic, but here they’re able to show their family bond and strife really convincingly.

The show also adds a fascinating new character in the form of Mary Walker (Alice Eve). She’s introduced as one person, but we soon come to learn that there’s much more complexity to her personality. The character she’s based on in the comics is Typhoid Mary, a brutal supervillain with a serious mental illness. Some of her backstory is changed for the show, but she’s a very nuanced character. Eve’s performance is exceptional and certainly one of the season’s highlights. The writers set up compelling story arcs for a potential third season, but one reason to watch more will be to see where Mary’s story goes next. 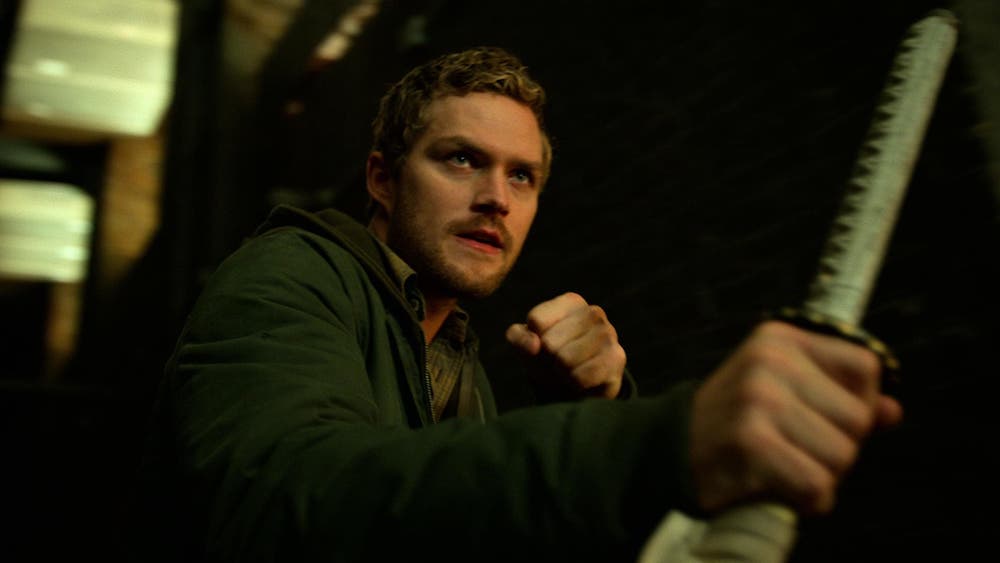 There’s a lot more about season 2 that’s simply more enjoyable to watch. It’s more bingeable and has some great comedic moments, a great friendship between Colleen and Misty that’s always strong, riveting action scenes, and fun twists and turns in the second half. As it’s a shorter season, it also doesn’t get a chance to overstay its welcome. All of these Marvel-Netflix shows should adopt a 10-episode season to address their own pacing problems.

Iron Fist is much closer to being the kung fu action series many fans hoped it would be, without losing sight of its characters. There’s fun and silly stuff right at the end, hinting that a third season might be slightly more outlandish and wild. And that’s no bad thing, as there’s room for the darkness of Daredevil and a more lighthearted and entertaining show in Iron Fist.

It’s great to see Iron Fist making so many improvements. It still has issues and isn’t yet “must-see” (especially if you’re overwhelmed by the sheer number of superhero shows around), but there’s enough proof this is a story worth telling and these are characters worth following. It’s hard to predict where they’re going next too, and that’s very exciting.