American Gods is such an overwhelmingly gorgeous show that it feels hard to criticise it. Like the previous two episodes, “Head Full of Snow” is once again compelling and beautiful, but the disjointed nature of each of these three instalments is making it slightly difficult to get invested in the overall narrative. It needs a little more structure and rigour if it’s really going to work longterm, and it’s becoming hard to see why we’re taking detours to get introduced to more Gods that don’t appear to be connected to the main story. With that all said, this episode was still a success, the show is becoming more comprehensible, and it’s interesting to see how Mr. Wednesday’s (Ian McShane) plan is coming together.

The end of the last episode left the fate of Shadow (Ricky Whittle) looking dire, as he was set to be killed by Czernobog (Peter Stormare) at first light after losing a game of checkers. The way Shadow wormed his way out of this was ridiculously simple, but also elegant. He simply challenged Czernobog to another game, on the same terms, which played on this Slavic God’s vanity… and this time Shadow emerged victorious. This idea didn’t occur to him, though, until after he’d met the third Zorya sister, Zorya Polunochnaya (Erika Kaar), in a lifelike dream. 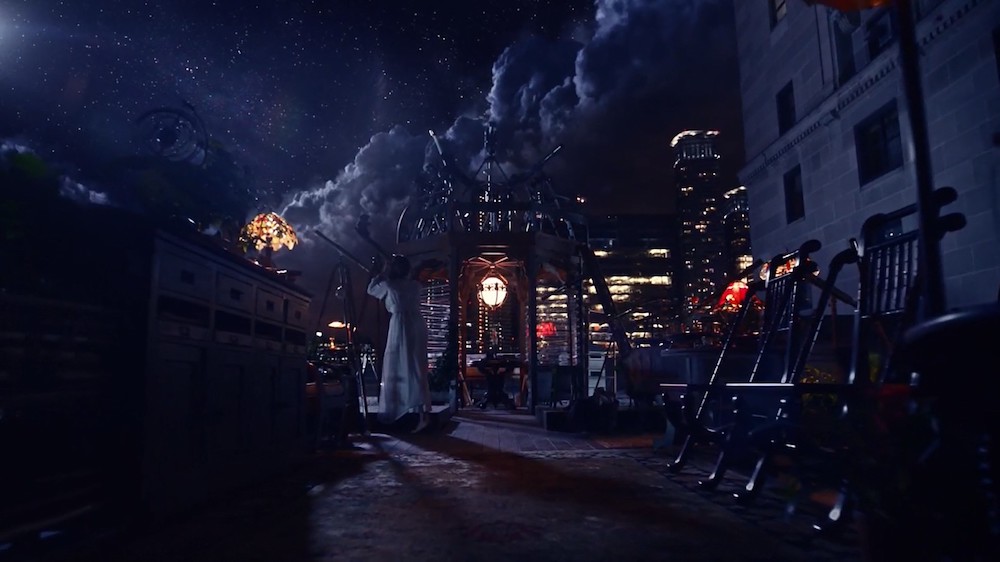 Zorya Polunochnaya appears much younger than her sisters, and when Shadow encounters her on the roof she’s gazing up at the heavens. She tries to read his fortune and gifts him the moon (or at least a new coin of protection that appears when she plucks the moon from the night sky), in exchange for a kiss. It would appear Shadow’s new good luck charm works well enough to keep him safe from the hammer, for now, but Czernobog says he’ll still bash Shadow on the head when they meet again in Wisconsin.

Even if he’s not killed by Czernobog, there’s very little pause in the action for our hero. The next morning brings the next stage of Mr. Wednesday’s plan; namely, how he’s getting money to finance his side of this war between the Old Gods and the new. Trickster and con artist that he is, Wednesday doesn’t earn money in a conventional way. He persuades Shadow to go along with his risky plan to pull a scam at a bank (pitching up outside a “broken” cashpoint and taking money from customers in return for bank receipts for deposits), and crucially asks Shadow if he’ll believe in him if they succeed. 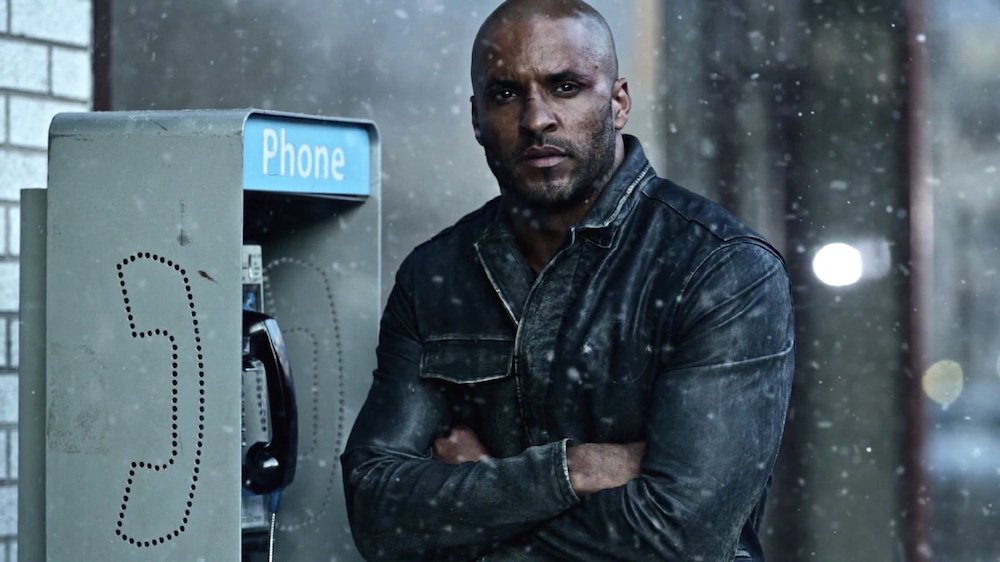 It would almost be more surprising if Shadow manages to continue not believing after the manner in which this is pulled off! Mr. Wednesday implores him to focus and dream of snow, and flakes soon begin to fall even though snow wasn’t forecast. This is a big step and confirmation of larger and more magical forces at work, in what is likely to be the start of Shadow believing in the impossible. The sudden change in weather helps to make the plan go smoothly, and it seems our hero’s now more willing to go along with this old conman’s schemes, to trust and, yes, believe in him. This whole experience is yet another reminder that belief itself is the single most important thing to the Gods. If it’s not clear to us yet, Mr. Wednesday hammers it home when he says “the only thing that scares me is being forgotten. I can survive most things but not that”. Belief is essential for keeping his kind alive.

And the Gods might not be the only ones sustained by belief. Earlier in the hour, Shadow tells Wednesday about how much he believes in love while being sceptical about everything else, saying that he believes “the shit out of love” (which is a bit of a cheesy line). That belief may have something to do with how, at the end of the hour, his wife Laura (Emily Browning) is sat in his motel room. She’s back, resurrected seemingly thanks to the power of Mad Sweeney’s (Pablo Schreiber) lucky coin, which Shadow tossed onto his wife’s grave back in the first episode. It’s a nice juicy twist that, while not entirely unpredictable, should fuel some drama and conflict soon enough. 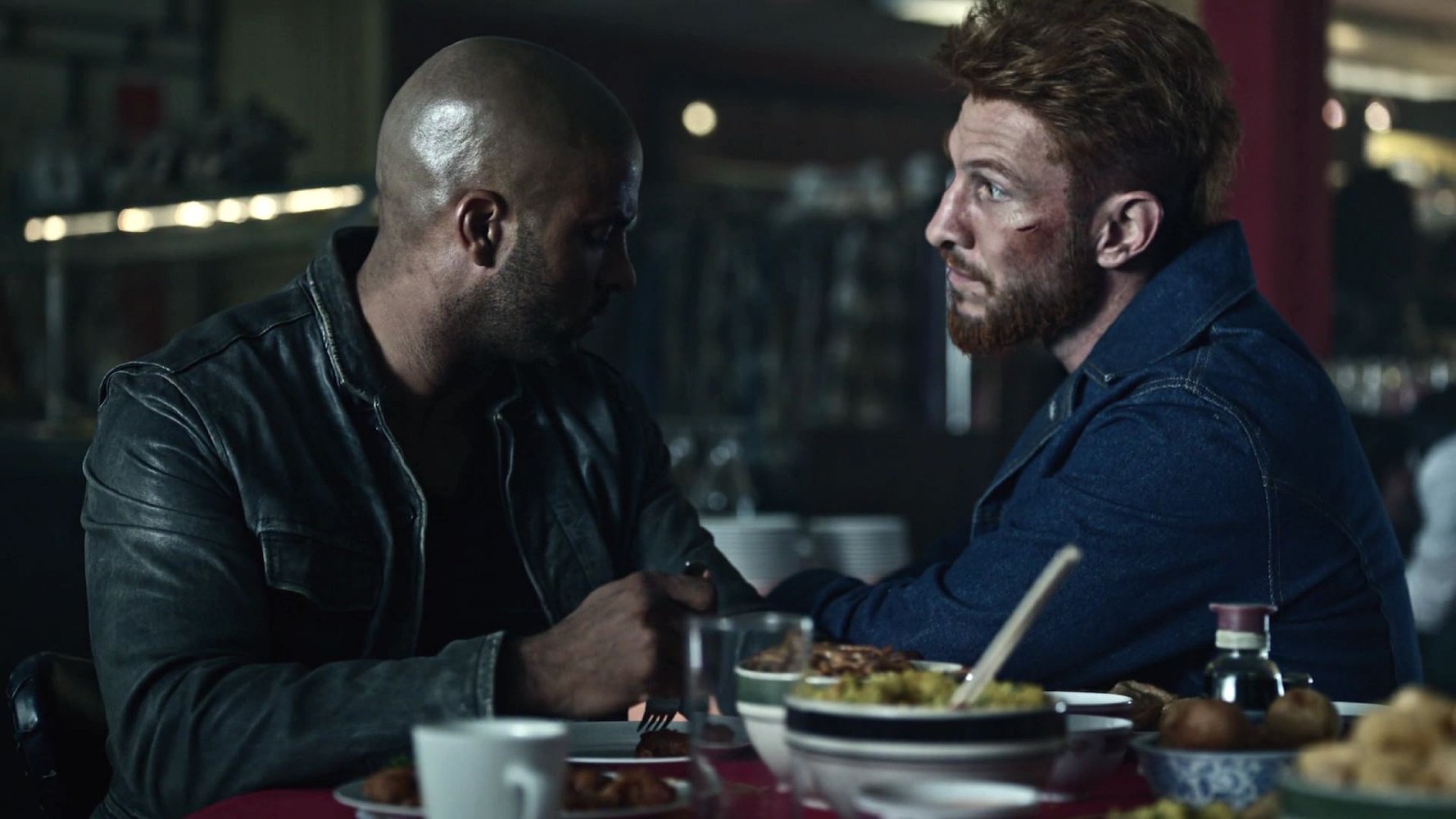 Some of the most gripping portions of this episode, frustratingly, felt the least connected to the core narrative. The introductions of Gods we haven’t met before are always interesting, but after meeting Bilquis and Anansi, it’s strange that they don’t even show up at all here… and we still know almost nothing about them as characters. This hour opens with a vignette that’s not about how a God has come to America, but what they do now they’re here. It’s a riveting sequence that follows a woman who doesn’t realise she’s died until she’s greeted by Anubis (Chris Obi) at the front door. The Egyptian God of Death takes her to another realm entirely, to literally weigh her heart against a white feather on a set of scales, before judging her fit to enter the afterlife. The whole series of events is wonderfully realised and fascinating, with a stunning use of colour and camerawork. It’s just hard not to wish it felt connected to everything else.

The same can be said of the story of a beleaguered salesman called Salim (Omid Abtahi), who’s feeling down on his luck shortly after getting to America. Salim waits for hours to meet a man who clearly has no interest in buying what he’s selling, and when he gets into a cab at the end of the day he’s in total despair. But he forms an unlikely connection with the cab driver (Mousa Kraish) because they’re both are from Oman and have similar life experiences. When Salim sees the driver’s eyes, he realises that he’s a Jinn (or genie), a being known for granting wishes. 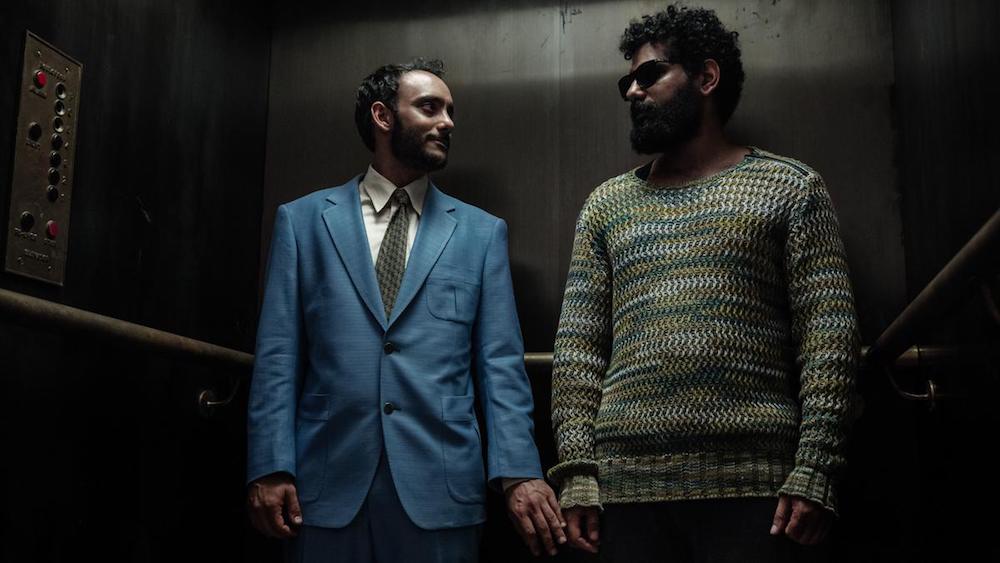 The writing of the show treats the connection between the two delicately but also makes it clear something more is going on here. It’s a powerful statement for American Gods that the sex scene between Salim and the Jinn is as explicit and intimate as so many other heterosexual sex scenes on other cable shows, and this frankly romantic encounter has unsurprisingly become the most talked-about moment of the episode. Oddly enough, Salim wakes the next day to find that he’s now a licensed cab driver and appears to have taken on the Jinn’s identity, so maybe the Jinn did grant him a wish by giving him some good luck after all?

That the two more disconnected parts of the episode are so involving is great, but it would be preferable for American Gods to be a little more cohesive and make more effort to explain why we should care about each of these smaller moments and what they might be building towards. Without context, the show runs the risk of keeping viewers in the dark for too long. Hopefully, Mr. Wednesday will start to be a bit more honest with Shadow now, and it’ll become easier to see why we keep on being introduced to all of these other characters. Between the bank robbery, the tense checkers game, an entertaining return for Mad Sweeney, and the reveal of Laura’s resurrection, there’s no shortage of stuff to be excited about here. The show is beginning to answer some of its many questions, just not as quickly as it can ask six or seven more!