A chastened Chuck (Michael McKean), defeated in court by his brother Jimmy (Bob Odenkirk), is consoled over a glass of vintage wine by his business partner Howard (Patrick Fabrian). They toast to “new beginnings”, and that’s something that carries through every storyline in “Off Brand”, as Better Call Saul appears to have turned a corner. Last week’s mid-season instalment, more than ever, feels like a bridge to the nitty-gritty of what this prequel is aiming to become, and it was great fun seeing the pieces coming together…

I wasn’t sure if Chuck would melt into the background after his public humiliation last week, but he refuses to stay down for long. Howard’s words struck a chord deep inside him, so he spent the night trying to overcome his delusion by grasping batteries and venturing out into town, wincing from the pain of the street lights everywhere. Eventually, he found a payphone and called Dr. Cruz, who diagnosed his electromagnetic hypersensitivity. It seems very likely that Chuck’s EHS is going to be cured, sooner rather than later, and I’m fascinated to see how a fully-functioning Chuck’s going to operate. We’ve seen a healthier Chuck in some flashbacks, but always from a time when his brother Jimmy knew his place. I can’t wait to see how the McGill’s deal with each on a more equal footing, today. 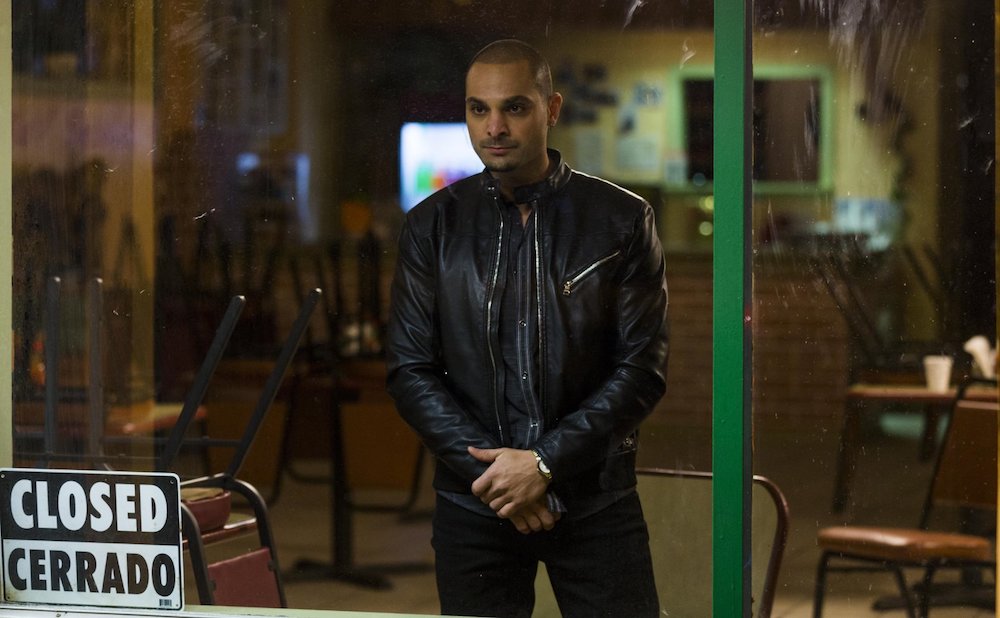 Jimmy was also toasting his success with Kim (Rhea Seehorn), and appears to have put Chuck firmly behind him. Even the appearance of Chuck’s ex-wife Rebecca (Ann Cusack), imploring him to help her care for his mentally ill brother, didn’t have any effect this time. Jimmy’s simply enough of being guilt-tripped into helping his sibling, and it seems like a firm line’s now been drawn. It was rather upsetting when it dawned on Rebecca that Jimmy perhaps has been playing a game, which she was an unwitting part of. She’s always liked Jimmy and believes him to be a good guy, but the mask slipped a little during their interaction here.

And speaking of Jimmy being a “good man”, it was a lovely surprise to see him finally adopt his moniker of Saul Goodman, in a way that swerved expectations. After Jimmy was ordered to stop lawyering for a year, he had to inform all his clients of his sudden sabbatical, then find a way to make use of the TV commercials he’s already paid for that haven’t yet been broadcast. For awhile, trying to sell them on to local businessmen seemed a wise idea, but after failing to get anywhere he used a legal loophole to pose as someone else — “Saul Goodman” — and sell the remaining adverts on TV after adopting a fast-talking huckster persona. A persona that isn’t far from his own, to be fair. It was a fun way to end the episode, but of course we have a long way to go until Jimmy truly “becomes” Saul — with all the accoutrements familiar from Breaking Bad. I wonder how much of that will come from his 12-month break? 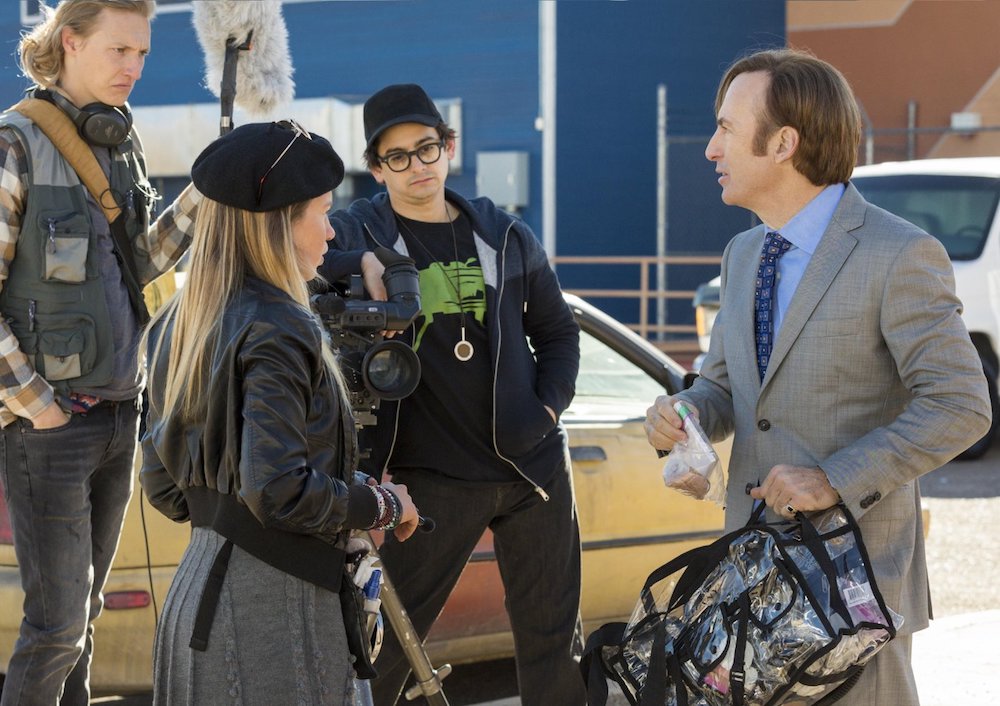 For the first time, we also got some insight into Nacho (Michael Mando), the chief henchman of Hector Salamanca (Mark Margolis). He’s always come across as a more reasonable, strangely likeable person at times, and this episode suggested he’s about ready to part ways with the Salamanca family. The cold open was an affective way to foreshadow this, with Nacho agreeing to let drug seller ‘Krazy-8’ (Maximino Arciniega) pay back his shortfall next week, only for Hector to prompt him to take more violent action as a warning. Nacho duly beat Krazy-8 to satisfy his unfeeling boss, but clearly didn’t enjoy any of this. We even saw him working at his father’s shop, as a sewing machine chewed into his hand and he barely reacted to the pain — numbed to the life he’s chosen.

Later, with Hector suggesting Nacho use his father’s legit business as a front to smuggle drugs into the US (so the Salamanca’s aren’t relying on “the chicken man” and his fast-food trucks), you can see this hasn’t gone down well with Nacho. This may be the life he’s chosen for himself, but Hector would be wise to leave Nacho’s family out of it. We know Hector will one day become mentally disabled and wheelchair-bound, could it have something to do with the pill Nacho steals from his boss during a coughing fit? And will Nacho die in the process of trying to cut ties with the Salamanca’s, as he doesn’t appear in Breaking Bad? 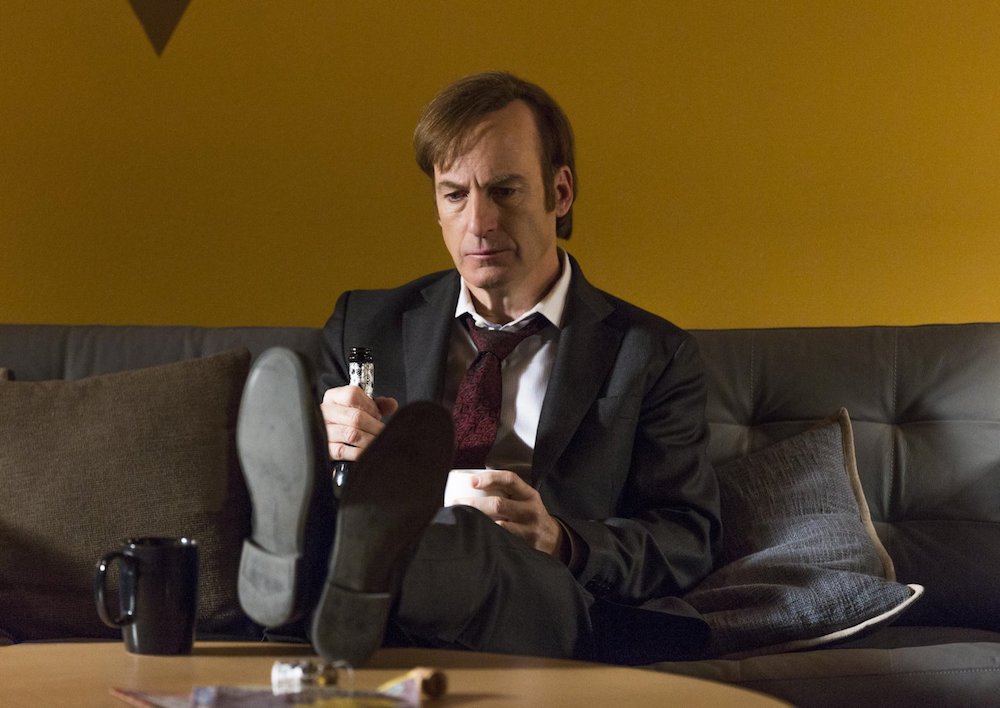 Finally, even Gus (Giancarlo Esposito) is searching for a new beginning, of sorts. We see him scouting the industrial building we know becomes a commercial laundry business, finding the spot that’ll become the hidden entrance to his famous ‘Superlab’ Walter White was put in charge of. More interesting, and very expected, he’s now seen dealing directly with Lydia Rodarte-Quayle (Laura Fraser) — his link to those affluent foreign investors in his business. Is this a new relationship that’s just begun? Or has Gus been working with Lydia for awhile? I’m unsure, but it’s another Breaking Bad character that’s been added to the show, making this season feel like even more of an important bridge to that earlier show.