Much of Cannes this year revolved around gender equality and women in the industry. The festival, like much of Hollywood, is navigating the Weinstein allegations and the #MeToo movement. There was a protest of Cannes’ history of male-dominated selections and a pledge for greater transparency around future selections.

2018’s festival has been described as a stumbling first step on the road away into the 21st-century. Fresh blood has finally been poured into the selection and women are being recognised. Only time will tell whether this will continue once the hashtags have stopped trending on Twitter, but here are the 12 most talked about films from the 71st Cannes Film Festival.. 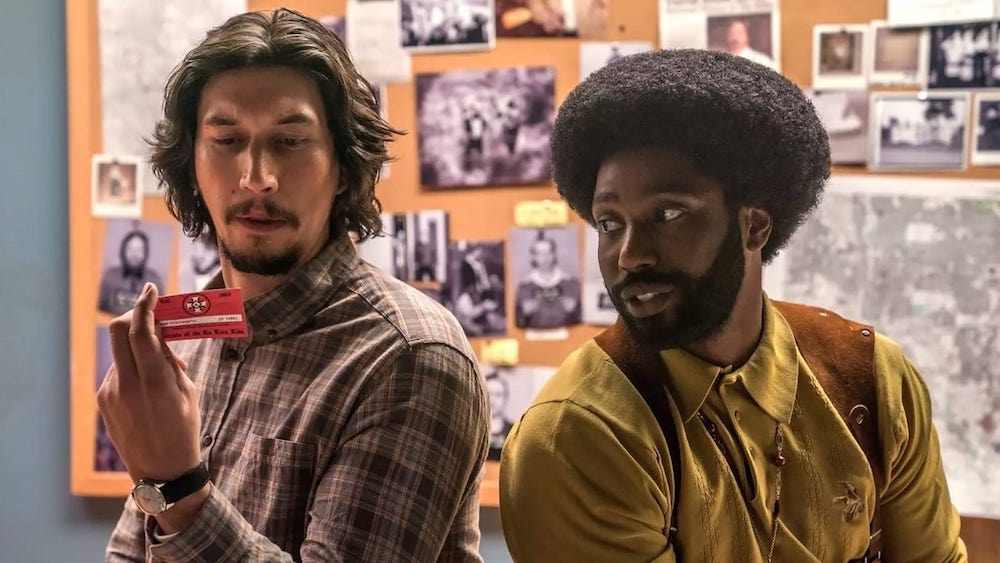 Based on a stranger than fiction true story, Spike Lee’s latest couldn’t have come at a better time. John David Washington (son of Denzel) is a police officer whose dedication to the job is at odds with 1970’s Black Nationalism. Washington’s character, alongside with his non-observant Jewish colleague (Adam Driver), stumble upon a violent KKK plot and infiltrate the racially charged group.

Spike Lee’s America is one where white cops harass and murder black citizens, and white supremacists complain about their own social disadvantage. Lee isn’t shying away from the parallels between ’70s America and today, where the ideologies of hate groups have seeped back into the political sphere.

Lee’s first Cannes competition entry since Jungle Fever (1991) never makes it clear its events are set in 1979, although visual clues make it obvious, because a lot of the behaviour and attitude is still commonplace. Produced by Jordan Peele and Blumhouse Productions, BlacKkKlansman delivers the same uncomfortably dark humour relating to black America as Peele’s own Get Out did.

BlacKkKlansman is set for a wide release in the US on 10 August 2018, coinciding with the one-year anniversary of the deadly Charlottesville riots. 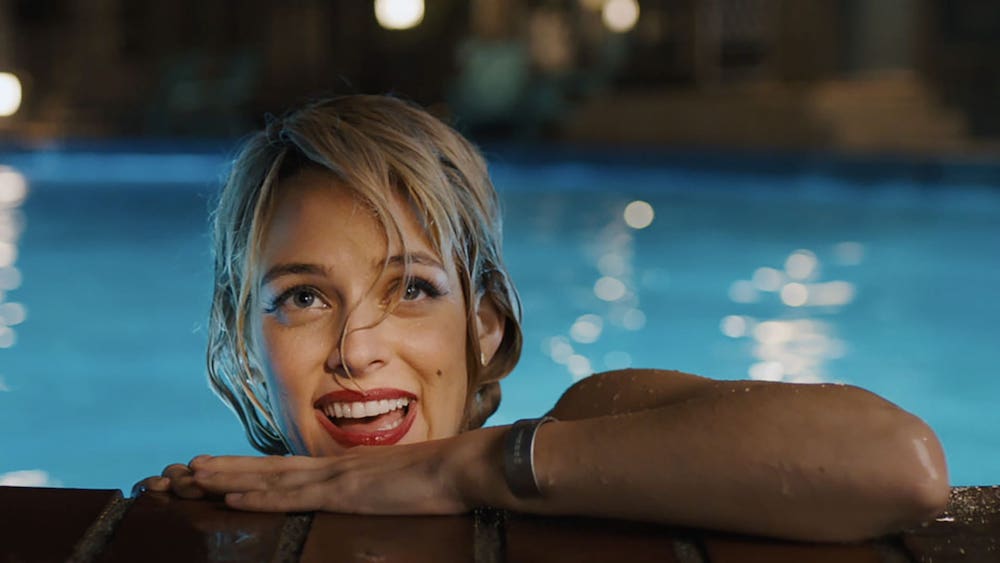 Under the Silver Lake

This is David Robert Mitchell’s (It Follows) tribute to L.A noir. Having been compared to Mullholland Dr., the trippy Under the Silver Lake will likely be compared to David Lynch with its gleeful pastiche of neo-noir that soon transforms into intellectual horror.

The lead character (played by Andrew Garfield) has no job, no ambition, and is soon to be evicted from his home. Garfield, being one of life’s voyeurs, becomes fixated in working on post-capitalist conspiracies that involve Nintendo video games and cereal boxes. He falls in love with his enigmatic neighbour (Riley Keough) who soon disappears, alongside numerous other local women. The story follows his Thomas Pynchon-esque trip across the City of Angels, stopping in a high class parties with child stars turned escorts and visiting New Age Cults.

Under the Silver Lake is destined to become a cult classic, with its mix of film noir and geek culture, and is due for release on 22 June 2018 in the US. 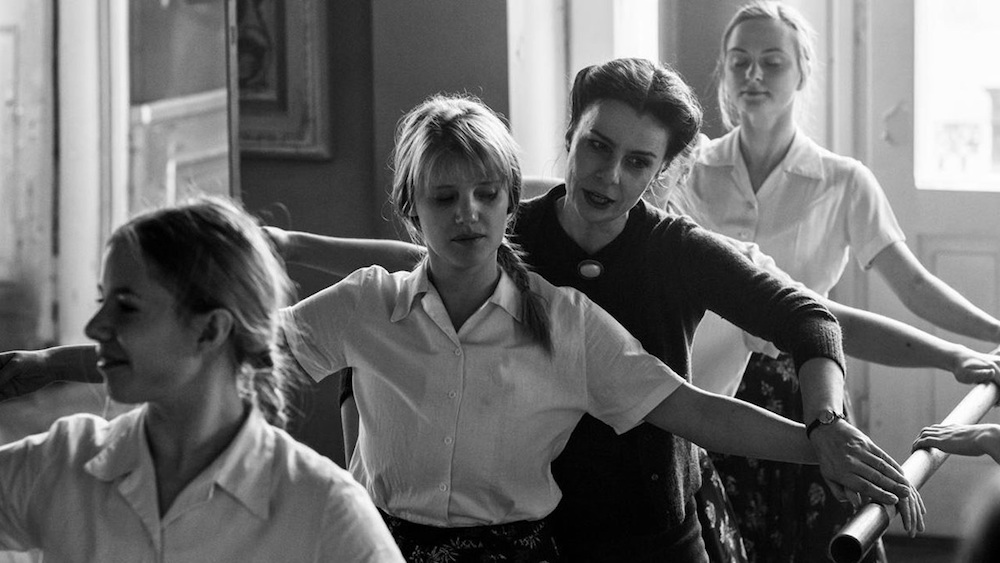 Pawel Pawlikowski (who won the 2015 Best Foreign Language Academy Award with Ida), returns with a film hailed as being more influential. Shot in crisp black-and-white, Cold War is a doomed love story spanning two decades, and at a brisk 84-minutes not a second is wasted.

Tomaz Kot plays Wiktor, a creative director of a new song-and-dance troupe in 1940’s Poland, who are forced to make pro-communism material. Joanna Kulig is one is his performers, described as an alcoholic hellcat, whom he falls for. Their love story spans across Berlin and Paris but the Cold War is the least of their obstacles.

The first Polish movie since 1990 to be shown at Cannes, Cold War currently has no UK release date but will open in Poland in June and France in October. 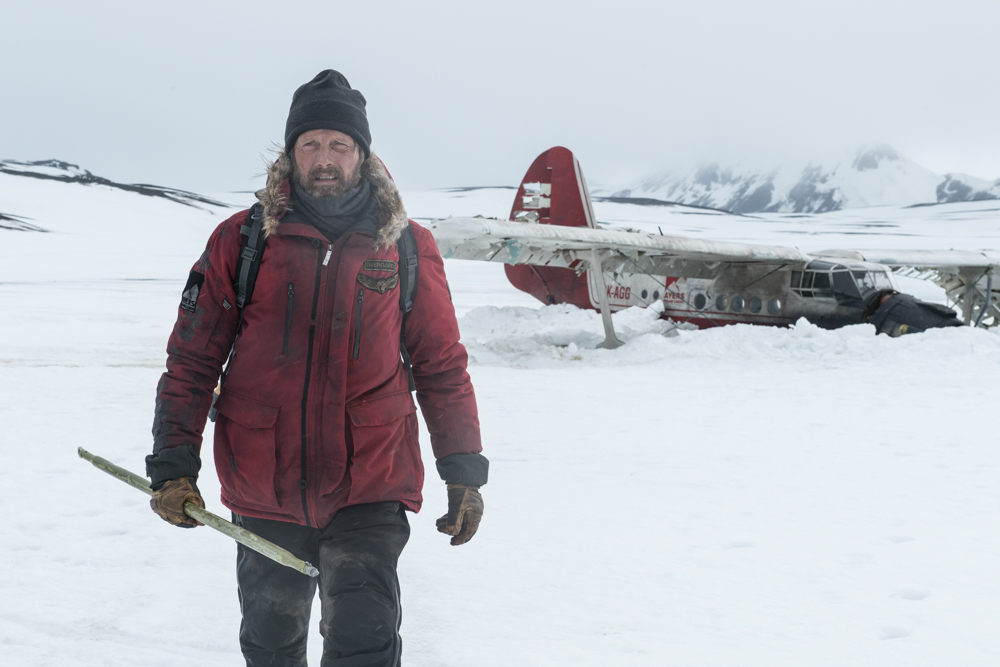 Jokingly dubbed All is Frost (a not to the Robert Redford movie All is Lost) Mads Mikkelsen (Doctor Strange) plays a delivery pilot who’s a few days into survival mode somewhere on a giant ice cube. When help comes in the form of a helicopter that crashes, he must drag another survivor across the ice with him…

Joe Penna’s nearly wordless film may lack backstory but it’s been hailed as one of the best survival films ever made. After its premiere it received a 10-minute standing ovation, which is incredible for a former YouTube sensation who made videos under the alias MysteryGuitarMan. Artic is humanity stripped down to its bones, showing how insignificant humans are against nature.

Arctic will be released later this year.

Following Embrace of the Serpent, Ciro Guerra (co-directing with producer Cristina Gallego) puts a new spin on the mafia story. Spanning the 1960s and 1980s in Colombia, Birds of Passage is set in the desert area home of the Wayuu people. An indigenous family get involved in a war to control their marijuana business, that ends up destroying their lives and their culture.

This film goes beyond standard drug deals and shoot-outs, and into ritualistic dances and talismans. The film’s may focus is more on family and tribalism.

Birds of Passage has no current UK release date. 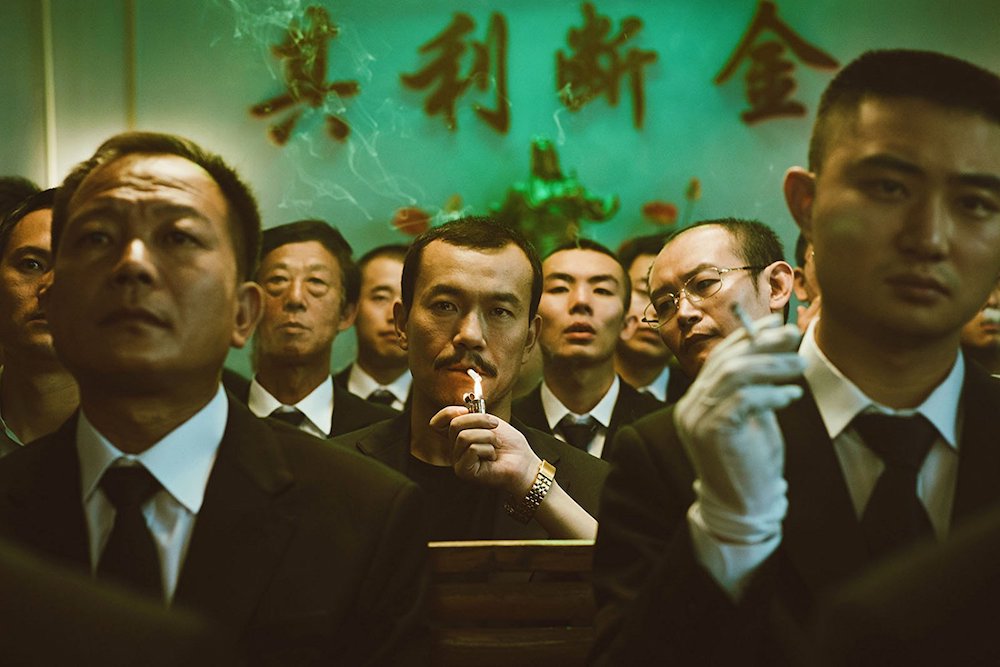 The director of Mountains May Depart, Zhangke Jia returns with another lengthy saga which analyses the changes to Chinese society between 2001–2017. The story flows between a crime drama and a doomed love affair.

Qio (played by Zhao Tao, the director’s wife) is a put-upon gangster’s moll living in a depressed coal mining town where the pit’s about to be closed. Her angry widower father is campaigning for the corruption that destroyed the industry to be stopped, despite his daughter being involved with the local mob. The three act structure shows how optimism fades away alongside youth, and Tao’s performance has been compared to strong female performances from the 1940s.

Ash is Purest White currently has no UK release date. 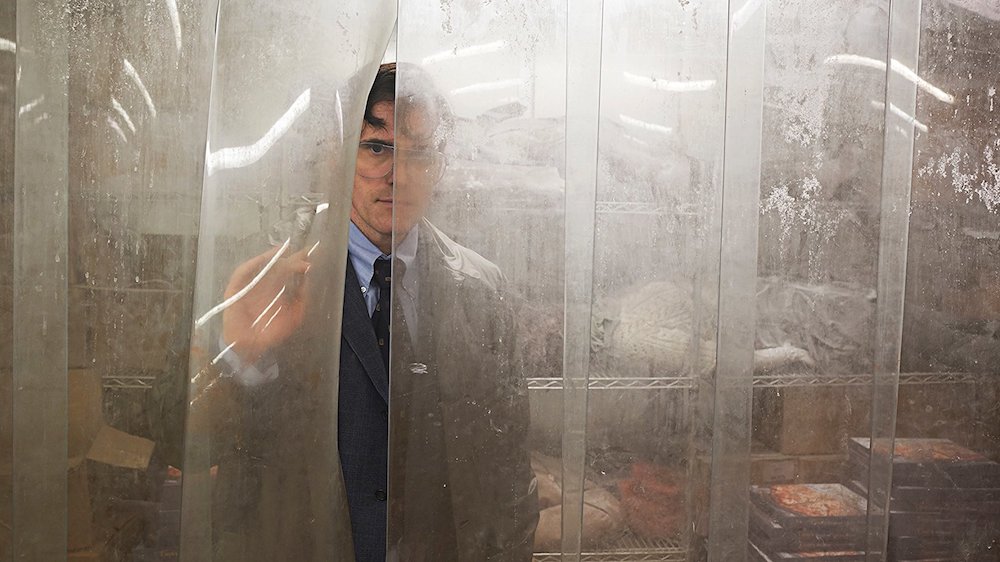 The House that Jack Built

Lars Von Trier returned to Cannes with the type of provocative offering that caused his temporary exile from the festival in 2011, after he made a bad taste Nazi joke during a press conference. The House that Jack Built has been the most talked about movie of the the festival, with some audience members walking out of the screening and calling it vomitive and pathetic.

This American Psycho-wannabe takes place in a very Danish-looking America, where Matt Dillon’s serial killer recounts the gruesome details of his 60 kills, over a 12-year period, to Bruno Ganz. The killer’s an accomplished architect and European art expert, as well as being a brutal murderer. The film flits between Dillon talking about his 12 years of grisly murdering and his passion project to build a lakeside house.

Trier isn’t trying to give audiences the gonzo horror of The Human Centipede (2009), nor does he want to offer the thrill of a Saw instalment. This is a quiet film about a woman-killer who sits around and talks a lot. Love it or hate it, this movie was one of the most talked about.

The House That Jack Built will be released at the end of 2018. 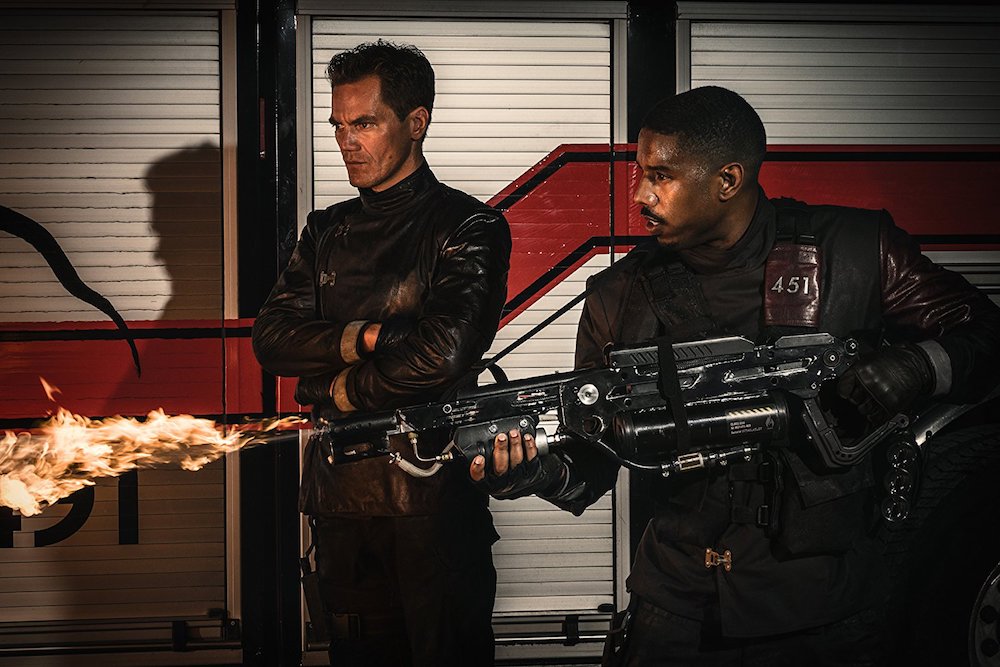 Iranian-born Rahim Bahrani (Chop Shop) adapts Raymond Bradbury’s 1953 classic Fahrenheit 451 for HBO. Set against a Black Mirror-style future when all forms of writing and art are outlawed, censored emoji’s are the only form of communication.

Books have a totemic presence with mass burnings of them being live-streamed to discourage bibliophiles. Michael Shannon (The Shape of Water) plays a sadistic fireman captain who behaves more like a fascist military soldier, burning art and further state propaganda. Michael B. Jordan plays a younger fireman happy to take memory depleting sedatives in the form of eye drops. Sofia Boutella (The Mummy) plays a passionate informant who helps Jordan’s character as he grows sceptical.

Bahrani seeks to draw parallels with the current state of society where smartphone is king. Visually the film has been linked to Blade Runner 2049 with its washed out pinks and blues that turn violently yellow during conflict. 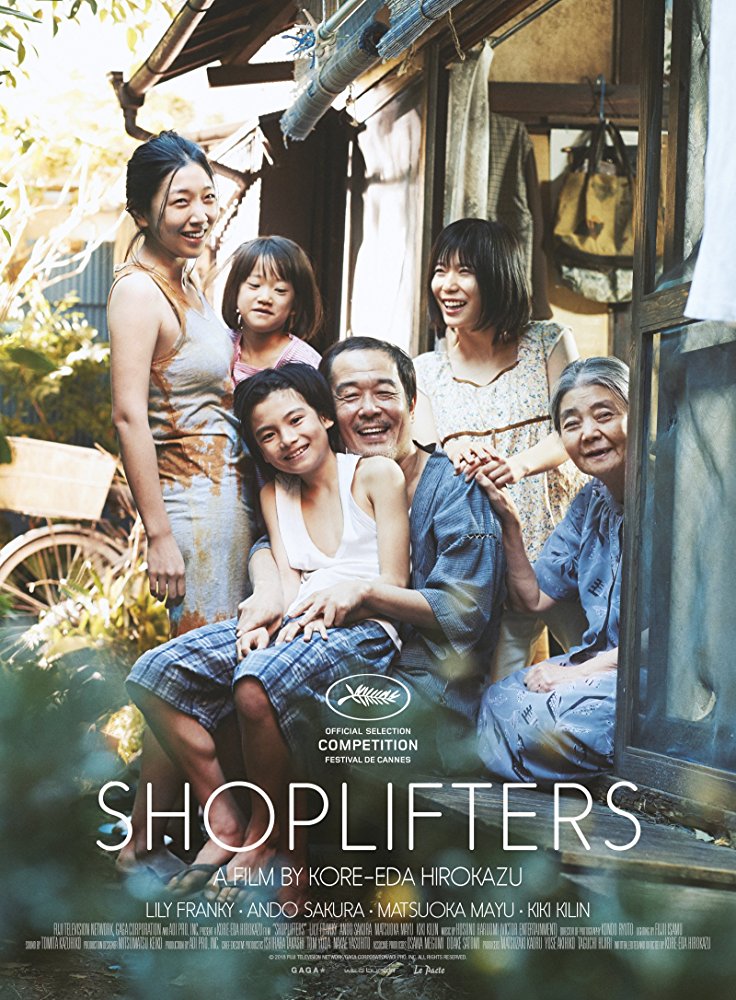 Kore-eda Hirokuza returns with a multi-generational film about a family living on the fringes of society, making this the director’s seventh time at Cannes. This family of smalltime crooks take a street child into their loving home, but when the young boy comes of age and realises how weird his living arrangements are, paradise is lost.

Shoplifters asks questions about those who don’t survive within societies margins, and the durability of family bonds, which he also previously examined in Nobody Knows and Like Father, Like Son.

Kore-eda has been played for his effortless and natural style of direction whilst portraying gritty realism. The film highlights the paradox of a warm and loyal family using sordid motives to get through life, this includes shoplifting, robbery and exhortation. It won the Palme d’Or this year.

Shoplifters will be released in Japan on 8 June 2018, and currently has no UK release date. 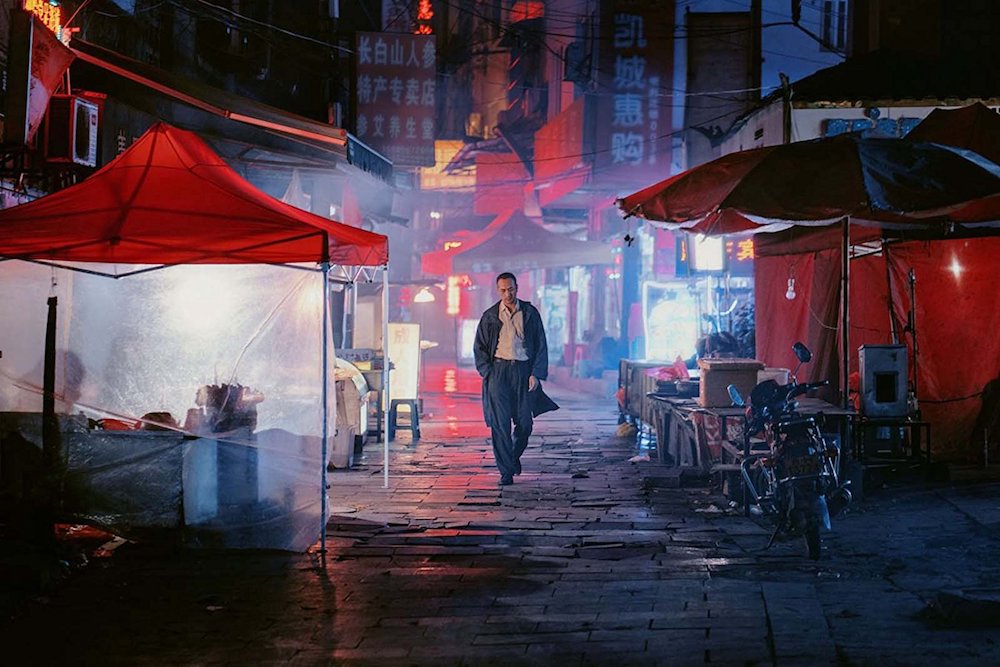 This film was big news for tech fans. The first act of the film is a dreamy elliptical lost love story. Luo’s tough guy fights through the night, searching for meaning, the camera used to peer inside the protagonist’s soul. At the 70-minute mark the protagonist goes to the movie theatre and puts on 3D glasses, and the film’s audience are encouraged to do the same. The last act appears after a title card as a 55-minute choreographed shot, which weaves in and out of tunnels, staircases, and a city square of karaoke night.

The film’s been described as mind-blowing; an elegantly lit 3D sequence that isn’t just a gimmick. Aside from the technical aspects, the story is emotionally pleasing despite a minimalist plot. 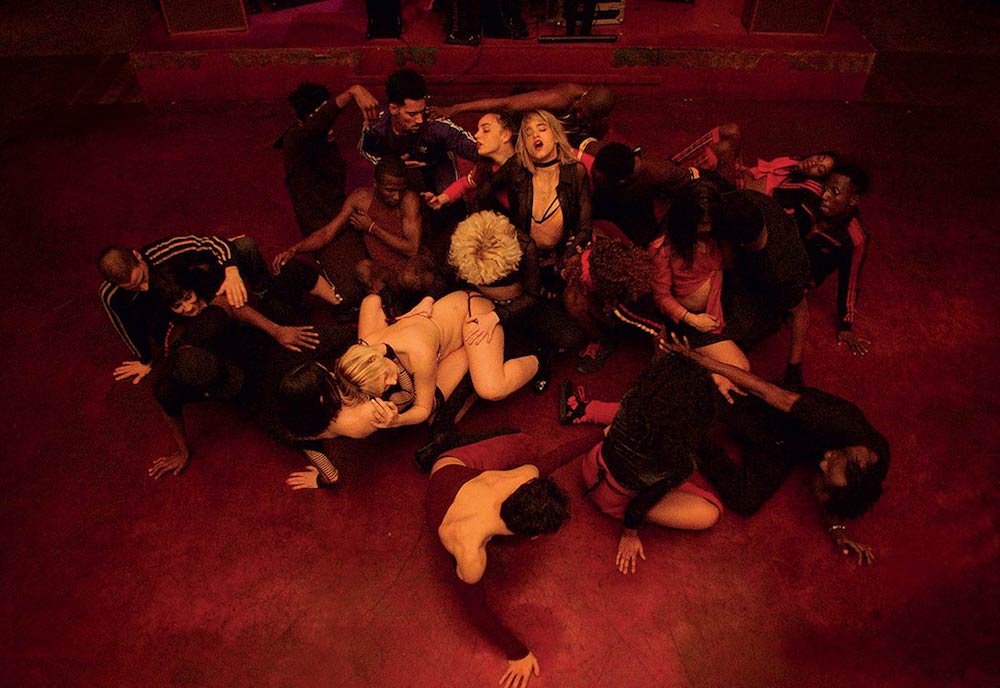 Gaspar Noe is now considered one of French cinema’s enfant terribles with his last release, Love, featuring real sex scenes filmed in 3D. Climax is considered by many to be a response to Love.

The film’s about a dance troupe who gets their punch spiked with LSD at a party, with the group writhing on the floor in perfect choreography. The second part of the film is spent finger pointing with victims claiming they would rather suffer death than the pain of the spiking. Much of this is seen through the lens of Sofia Boutella, who’s been lauded for her heart-wrenching performance.

Noe doesn’t shy away from his career-long theme of the dominance of impulses and the control some people have over them. This is Noe’s way of showing the good and the bad of impulses, only through dance instead of sex.

Climax has no release date yet. 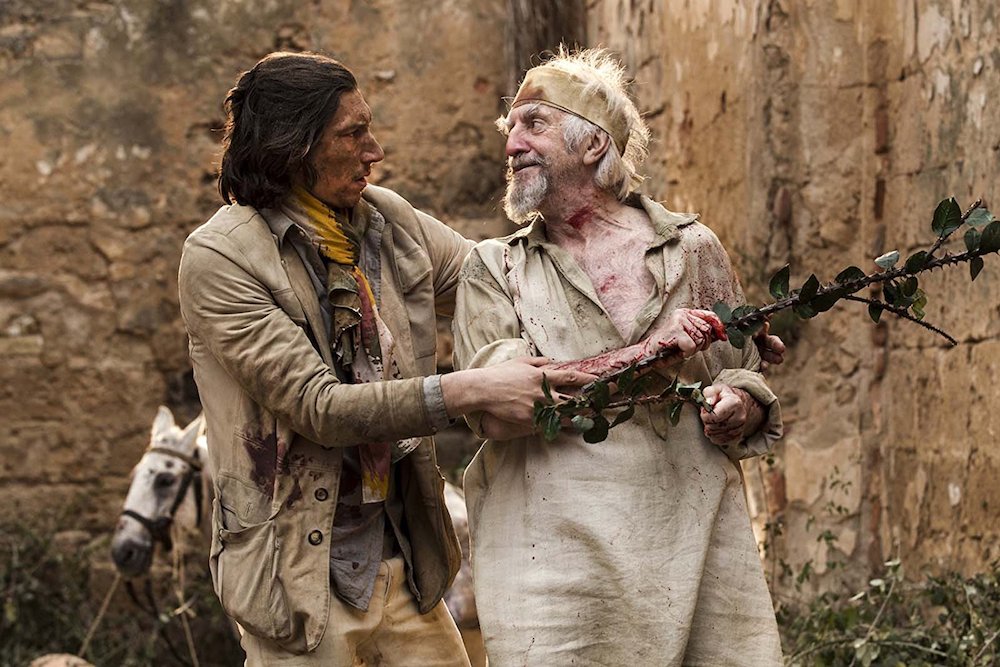 The Man Who Killed Don Quixote

Terry Gilliam finally brought his long-gestating version of Cervantes’ postmodern Don Quixote to the big screen. Along the way the infamously delayed film suffered funding issues, and delays so extensive that two of the original actors died before the film could ever be made (John Hurt and Jean Rochefort).

In 2002, Lost in La Mancha documented the many production problems movie ran into before collapsing in the late-1990s. Then, only a month ago, the new version had to fight an injunction to be shown at Cannes’s closing gala, and Gilliam himself suffered a stroke.

Compared to Dennis Hopper’s The Last Movie, the casting has been hailed as perfect in its pomposity and daftness. This is a film about believing in your own mythology and the disillusionment of show businesses. No-one has or likely will credit this as Gillam’s best work, but few can create zany and unhinged characters like he can. His film’s a celebration of overcoming creative adversity.

The Man Who Killed Don Quixote currently has no UK release date but is expected later in the year.

Written By
Amelia Harvey
More from Amelia Harvey
Things go terribly wrong for a group of girlfriends who hire a...
Read More