Doctor Strange is the first Marvel movie release since Captain America: Civil War, which was so ingrained in the franchise’s history and lore that much of it was impenetrable to casual viewers. Although technically in ‘Phase Three’ of the sprawling Marvel Cinematic Universe (MCU), Civil War felt more like the culmination of everything from Phase Two. Doctor Strange, as a result, feels like the true start to the next movement of Marvel’s storytelling tapestry, what with the introduction of a new hero and nothing but lip-service paid to everything else. And with a star like Benedict Cumberbatch as the eponymous Doctor Strange, it makes for a great entry point for newcomers.

Cumberbatch plays Stephen Strange, a brilliant but arrogant neurosurgeon whose narcissism and elevated reputation means he’s now reluctant to take risks. If a surgery is too hard, and there’s a chance of failure, Dr. Strange will give it a wide berth. Then, as the result of a horrific accident, Strange loses the use of his hands, and by extension his glittering career. In turmoil and professional despair, Strange even ends a promising romance with colleague Christine Palmer (Rachel McAdams). 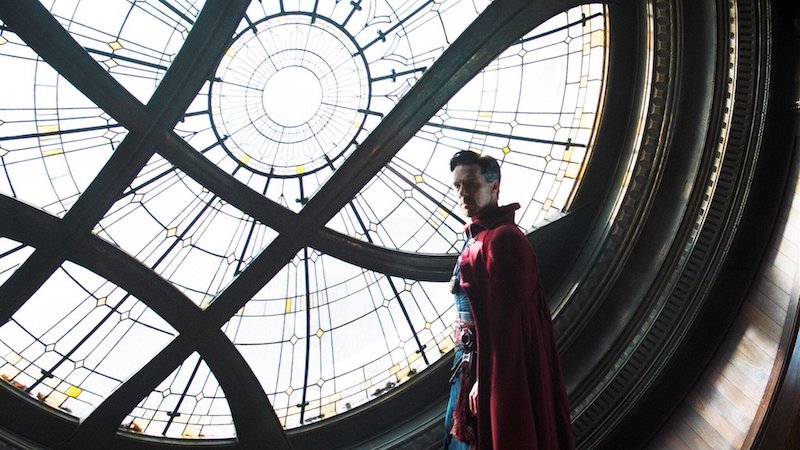 Seeking help for his injuries, by any means, however unconventional, Strange finds himself in Kathmandu and makes contact with a mysterious band of mystics led by ‘The Ancient One’ (Tilda Swinton). Sensing something inside him, they decide to bring this American into the fold and expand his mind with knowledge of multiverses and different dimensions; the control of which will eventually allow Strange to recover the use of his digits. Of course, there’s a spanner in the works. Kaecilius (Mads Mikkelson), a former acolyte of The Ancient One, has betrayed their group and is now intent on dragging Earth into the all-consuming Dark Dimension, believing it will grant everyone eternal life.

The main issue with Doctor Strange is elements of the script. Strange’s character arc is expertly arced and performed by Cumberbatch, but the film overdoes the mystical exposition. It doesn’t matter how often you undercut all the silly names and arcane jargon with jokes about how silly and arcane everything is… at the end of the day, too much is too much. It renders the film’s middle section harder work than it should be.

The plot itself is also another conventional, Marvel-by-numbers affair. With the MCU’s ongoing need to introduce new characters into each new franchise, director Scott Derrickson’s hands were perhaps tied by the studio bosses. To a certain extent, an origin story is an origin story, and so, just as Ant-Man set out on a path to redemption by learning to use his miniaturisation suit, so Strange does it through learning about magic. Their powers may be different, but the journey’s the same. 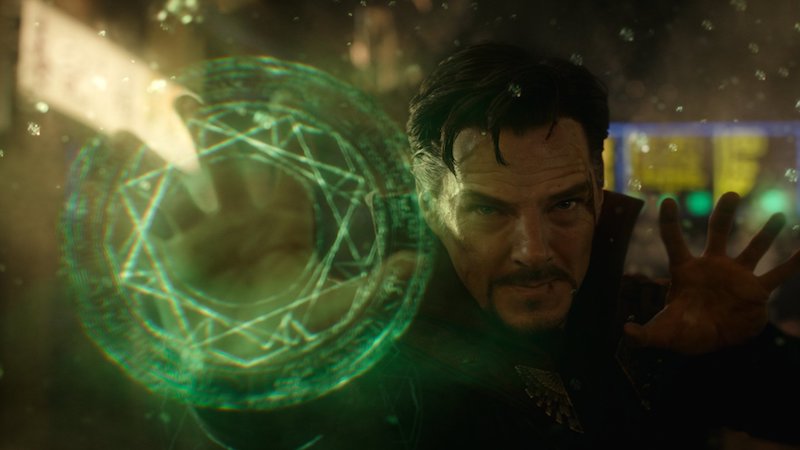 Given that so much adheres to formula, it’s a credit to the cast they make it so much fun. Derrickson is keen to undercut traditional ‘hero beats’, and Cumberbatch’s arrogant hyper-competence is leavened by enough humour to distance Strange from previous (and potentially very similar) roles like Sherlock and Khan from Star Trek into Darkness, and he’s every bit the leading man you’d want. (Speaking of Star Trek, the same cannot be said for Michael Giaccchino’s score, which, rather distractingly, strays too close to his iconic work on that rebooted sci-fi franchise.)

Swinton performs an ethereal swami act with aplomb, while Chiwetel Ejiofor brings gravitas to his turn as Karl Mordo, another acolyte of The Ancient One, and the closest thing Strange has to a friend. Having the most fun, however, is Benedict Wong, who’s a complete delight as a high-ranking custodian of the Ancient One’s home of Kamar-Taj. He provides both a flinty and imposing presence and genuinely hilarious comic relief, without ever feeling like the two are at odds. As usual when with Marvel movies, the Big Bad is thinly drawn, although Mikkelson’s innate charisma serves him well. Equally sad is the way that, not for the first time, Marvel relegates its female characters almost entirely for the final third, as McAdams likable Dr. Palmer gets brushed away by events. 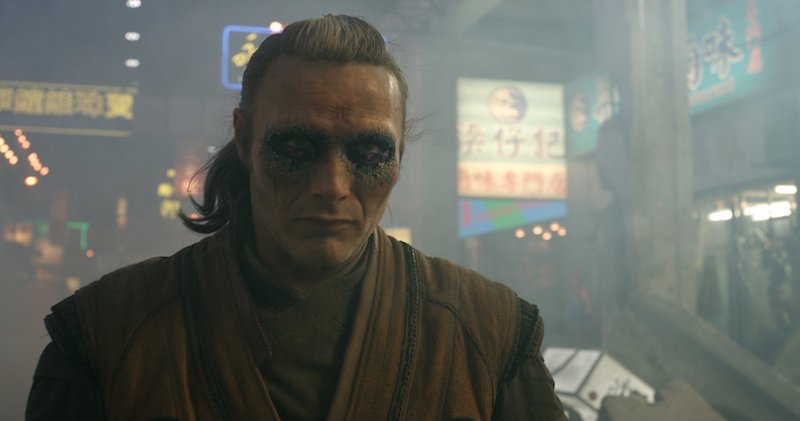 The real reason to see Doctor Strange, on the largest screen possible, are its visuals and production design. Digital effects aren’t often highlighted these days because technology’s advanced to the point where great effects are commonplace, but Derrickson does a tremendous job. The Sinister director makes stunning use of a budget he might once have only dreamed of; creating a dazzling, inventive visual feast that’s all kaleidoscopic fractals and shifting architecture.

The action sequences are part The Matrix, and part gravity-warping, city-bending Inception. If you can imagine being inside one of the cities from Game of Thrones’ clockwork opening sequence, as it begins to unfurl, you’re close to imagining the aesthetic of Doctor Strange. Characters use the environment itself as a weapon, and the physics-ignoring, reality-bending set pieces are truly something to behold.

But it’s not just the city-warping set pieces that impress, as the film is visually inventive in many other ways besides: from characters projecting astral versions of themselves out of their bodies, through the energy weapons and shields that Strange and his foes do battle with, to the swirling portals that transport them around the globe and across dimensions. Doctor Strange is bursting with gorgeous technical feats. A fantastic set-piece that takes place in reverse is perhaps the movie’s highlight, as it lends the MCU something very different in the action stakes. People still punch each other throughout the movie, sure, but this feels like a much fresher approach. Throw in a fantastic mid-credit teaser (plus another at the very end), and you’ve got a solid addition to the Marvel canon that, while suffering from many of the MCU’s recurring problems, is heaps of fun and the studio’s best looking film to date.