The greatest accomplishment of a film like Tangerine is making the audience empathise with the characters on screen, despite telling a story set in a reality very alien to most of us. Entirely filmed on an iPhones 5s, starring a couple of talented newcomers with great chemistry, writer-director Sean Baker has crafted a perfect example of independent cinema as the epitome of artistic expression made of ideas rather than whatever a wealthy budget could afford.

Taking place in Los Angeles on Christmas Eve, Tangerine covers less than a day in the life of transgender street workers Sin-Dee (Kitana Kiki Rodriguez) and her best friend Alexandra (Mya Taylor); with the former having just been released from jail after 28 days, and the latter immediately sharing the rumour that Sin-Dee’s pimp boyfriend Chester (James Ransone) hasn’t been faithful whilst she was locked up.

The difference between the two is evident from the start, with the impulsive Sin-Dee getting fired up by the revelation and embarking on a quest to find “the white bitch with a real fish” that Chester has allegedly cheated on her with, and then of course the cheater himself, in order to bust him. Alexandra, on the other hand, despite being the one who’s spilled the beans, igniting her best friend’s outrage, tags along trying to calm Sin-Dee down and dissuade her from such a silly pursuit. 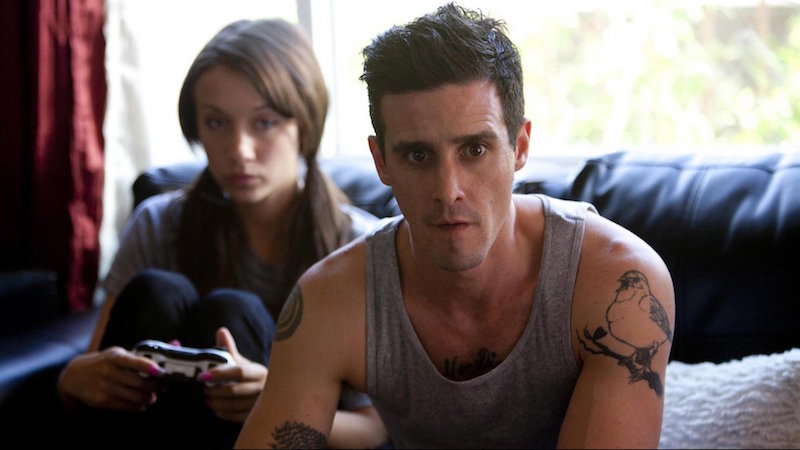 The first interesting element to emerge from the crafty way Tangerine was made is that you’re practically watching a road movie on foot. Our penniless gals in fact walk around the sunny streets of L.A bumping into several peculiar characters that perfectly define the shallow yet colourful world these two friends live in. It’s an urban picaresque adventure, of sorts, that follows Sin-Dee’s energetic hunt for retaliation whilst Alexandra keeps distributing fliers for her performance at a bar that night.

It’s not hard to imagine that during such a trek, Sin-Dee and Alexandra’s friendship will be tested—and, in the end, that’s precisely what the film is about. Along the way, a few other beautiful characters appear, providing more than just support to the central story as they deal with their own struggles; like Razmik (Karren Karagulian), an Armenian cab driver who works hard to support his family but harbours a secret. 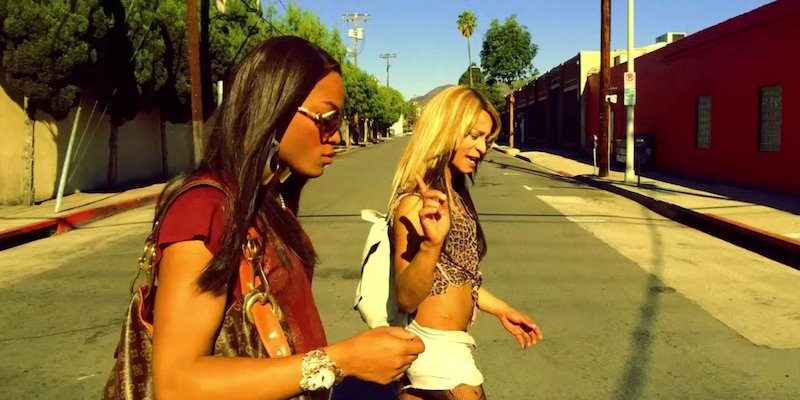 Eventually, all these characters’ journeys are bound to collide, and Baker succeeds at portraying this universe authentically, yet finding the right balance between humour and drama, never indulging in over the top shenanigans in either case—despite his characters being very loud and in your face. The filmmaker organically integrates their stories within the surreal atmosphere of Christmas Eve in Los Angeles, and, having lived in Tinsel Town for 5 years myself, I guarantee he captures the feel of the city quite well.

The cast is all on board for the ride, bringing Baker’s vision to life and touching upon delicate social issues of race, gender, sexual orientation, and culture-clash with convincing performances. Mya Taylor won the Independent Spirit Award for best supporting actress back in February and that’s an encouraging confirmation of transgender actors gaining more visibility in an industry that keeps having a tricky relationship with LGBTQ content and talent.

Despite the progress that’s been made so far, the transgender community in particular still has an incredibly hard time defying prejudice, discrimination, and hate. That’s why a film like Tangerine is important and essential viewing. I dare anyone with a heart to not feel for Sin-Dee and Alexandra by the time credits roll, as the film’s extremely moving final scene sums up how we may be all different on the outside, yet we’re all very much alike on the inside.

VALERIAN AND THE CITY OF A THOUSAND PLANETS (2017)