Ginger Snaps is often described as a cult movie, though it’s debatable whether it’s really “cult” or just “unfairly overlooked”. It has many fervent fans and has been consistently well-reviewed despite initially poor box office—certainly traits of a cult movie. Yet it’s never quite achieved the popular status of something like The Abominable Dr Phibes (1971), let alone The Rocky Horror Picture Show (1975).

Why? Perhaps because it’s difficult to pigeonhole. It’s a fun werewolf romp but it’s also a great human drama; one with a greater emotional punch than most other horror films. It’s both richly humorous and extravagantly gory (the perfect combo for late-night cult viewing), but it’s also uncomfortable. And while never really scary, it’s savagely and mercilessly brutal. Characters are never spared just because we might sympathise with them, and pets (sacrosanct in so many mainstream films) are gleefully torn to bloody shreds. Indeed, there was much opposition during its shooting to the idea of a violent teen film; Ginger Snaps was made in the aftermath of the 1999 massacre at Columbine High School in Colorado. 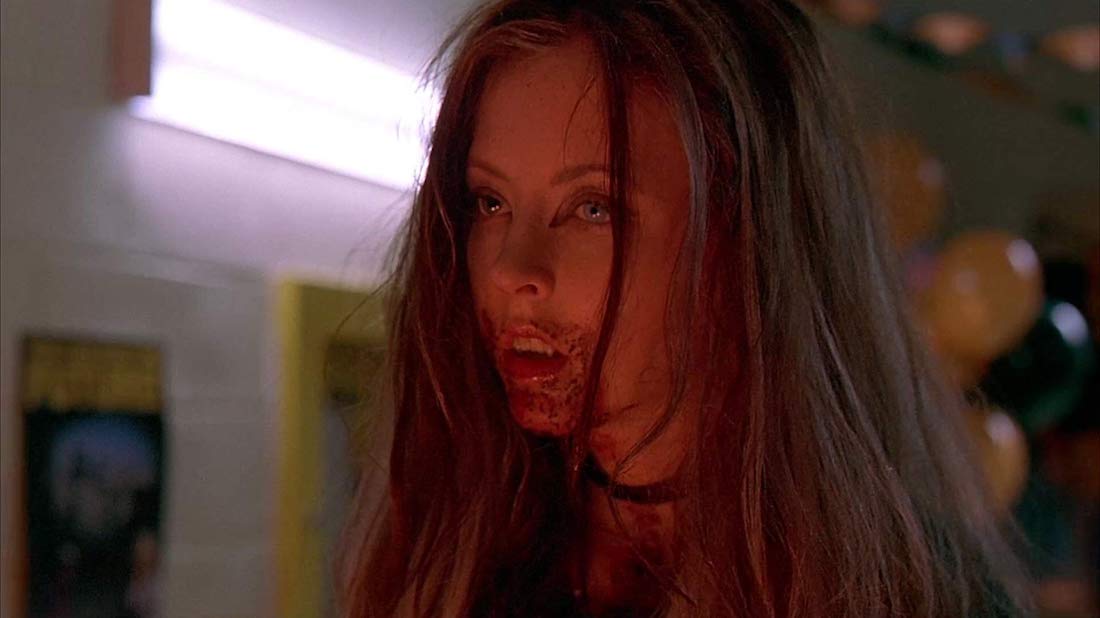 Moreover, the film situates all this violence not only in a teenager but in a teenage girl going through puberty. This is deliberate. Director John Fawcett was struck by how few werewolf movies featured females (the horror genre being frequently considered a male preserve), and the idea he developed with screenwriter Karen Walton drew an unmissable parallel between the lunar cycles of lycanthropy and the monthly cycle of menstruation.

But although it’s usually thought of as a subversive teen film—a kind of Heathers (1988) with fur and fangs—Ginger Snaps owes a lot to Brian De Palma’s Carrie (1976). An adolescent girl’s first period is similarly key to the plot and the supernatural powers she develops are clear metaphors for physical maturation. It’s an idea that has been explored in a few other films but is rarely made so explicit as in Ginger Snaps. Ginger (Katharine Isabelle) starts dressing more provocatively and walking more confidently as her lupine nature takes hold. Ginger Snaps is as sexual as a vampire movie, not an attribute usually found in werewolf flicks, and indeed Ginger even infects a boy from her school through intimacy with him. 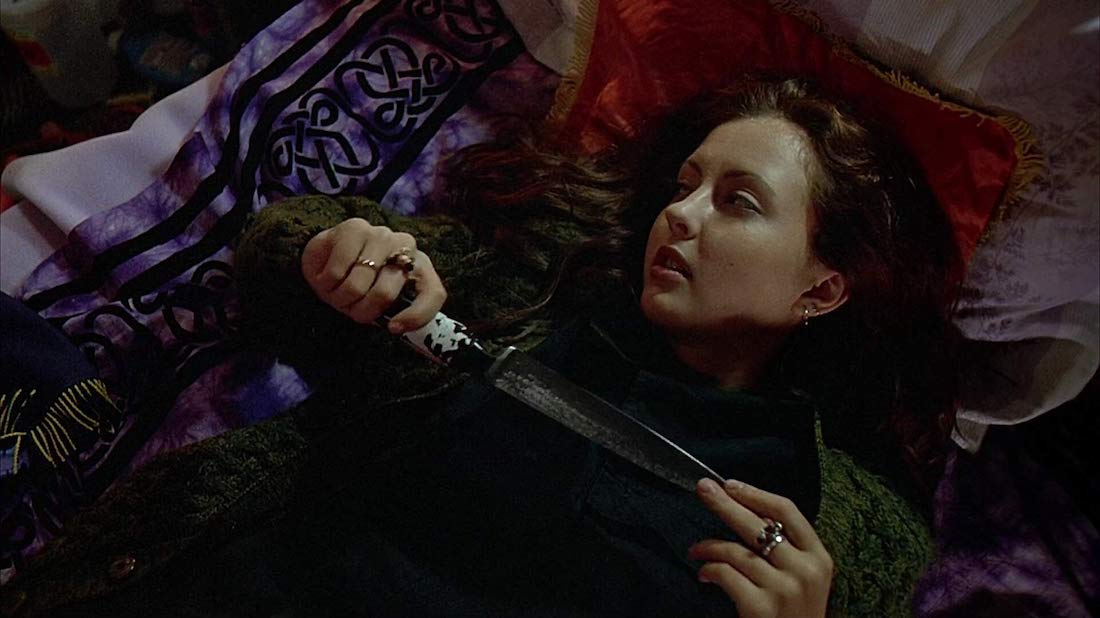 The movie opens, almost silently, on the dull modern housing of Bailey Downs, a suburb of an unnamed Canadian city which describes itself as “a caring community”. We might immediately assume this is ironic, but as things turn out, it’s also not; at least some people in the film are caring toward poor Ginger. Establishing shots eventually take us into one particular garden, where we experience the first surprising dissonance, a little boy playing with a dead bird. We see a disembowelled dog, the boy’s mother screams, and the titles roll.

This sets the tone for Ginger Snaps throughout, as the bland and apparently super-safe neighbourhood and its stereotyped high school milieu (brainless cheerleaders, aggressive jocks) are contrasted with the supernatural horror of 15-year-old Ginger’s month-long transformation after she’s bitten one night. (In this film, the process of becoming a werewolf is a gradual progression ending at the Full Moon, rather than a sudden metamorphosis.) 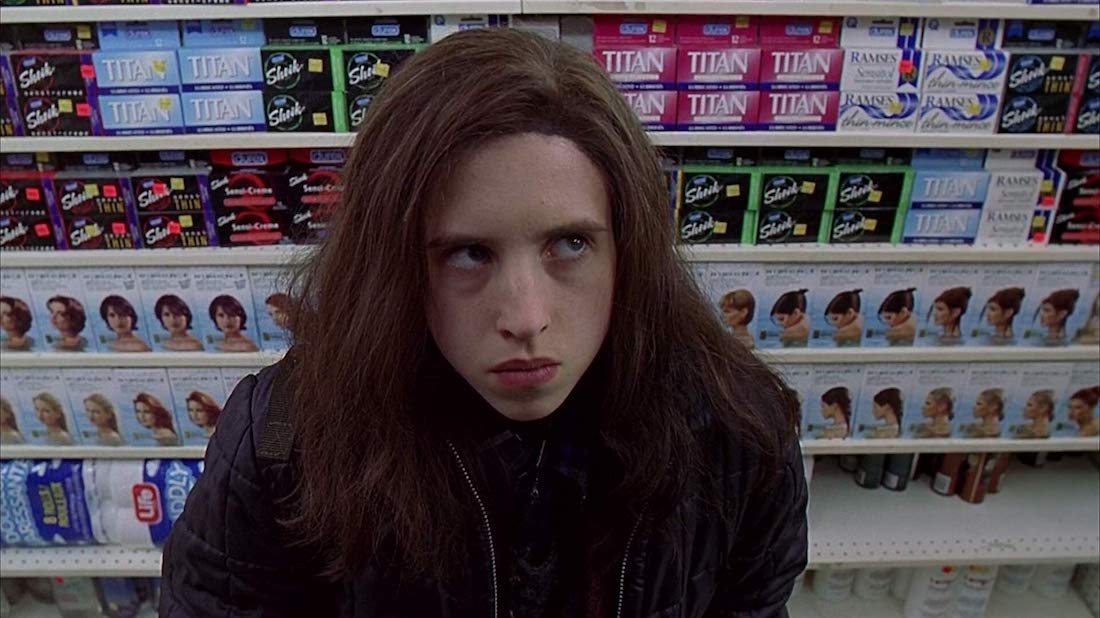 Surreally, though, in this otherwise down-to-earth setting, the concept of a werewolf doesn’t seem to shock those who learn of Ginger’s secret. One character, who accidentally ran over the beast that bit her, comments that it “looked like a lycanthrope to me”. Even for Ginger and her slightly younger sister Brigitte (Emily Perkins, in many ways the real lead and certainly a scene-stealer), her increasingly apparent lycanthropy is more of an irritation and an embarrassment than something genuinely terrifying. “I get this ache and I thought it was for sex,” says Ginger, “but it’s to tear everything to fucking pieces.”

But these sisters are vulnerable, too, even if they treat turning into a slavering monster as just another of adolescence’s trials. Despite their constant harping on death and their staging of mock suicide attempts (including photographing each other as corpses for their “Life in Bailey Downs” school project), they are afraid of the werewolf who attacks Ginger and squeamish about blood. 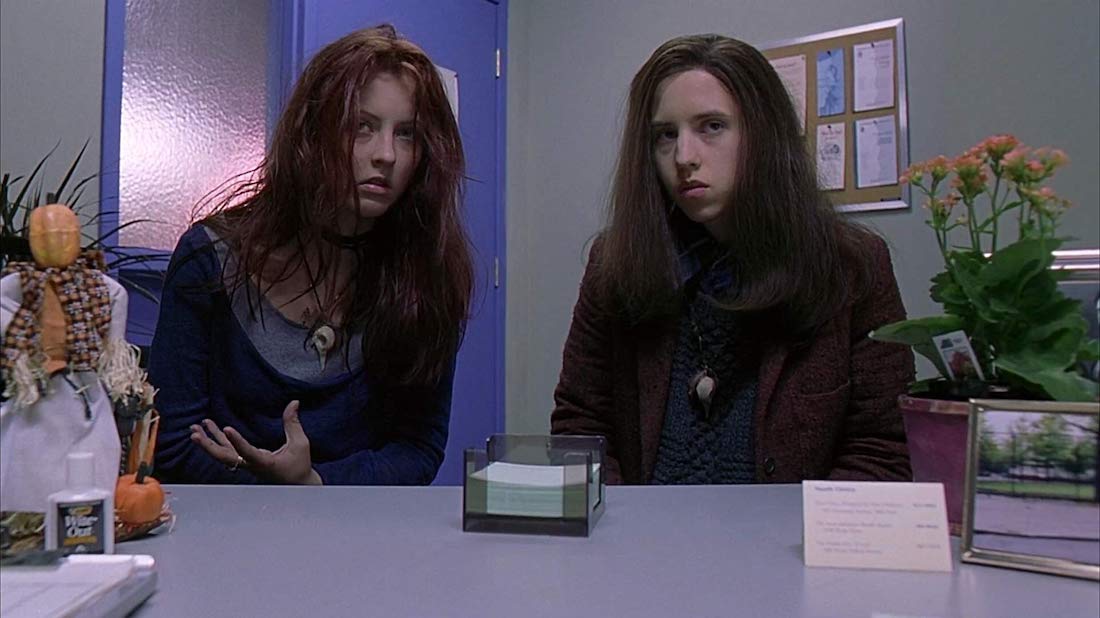 So they’re simultaneously practical and emotional, fearful and courageous, negative and passionate. In other words, they’re complex and richly-portrayed characters. The bond between the girls (a familiar mixture of argumentativeness and companionship) also feels very real and, indeed, it’s possible to interpret the film as portraying a younger sibling’s sense of loss when an older one grows up.

Perkins, who remains a dorky sister while Ginger changes, is the true outstanding element of the film—with her cunning half-smiles and the wonderful way she positions her pupils at the edge of her eyes. She’s always scheming and half-worried, and to start with it’s her—-and not Ginger—who realises something is amiss with all this hair growing in strange places. 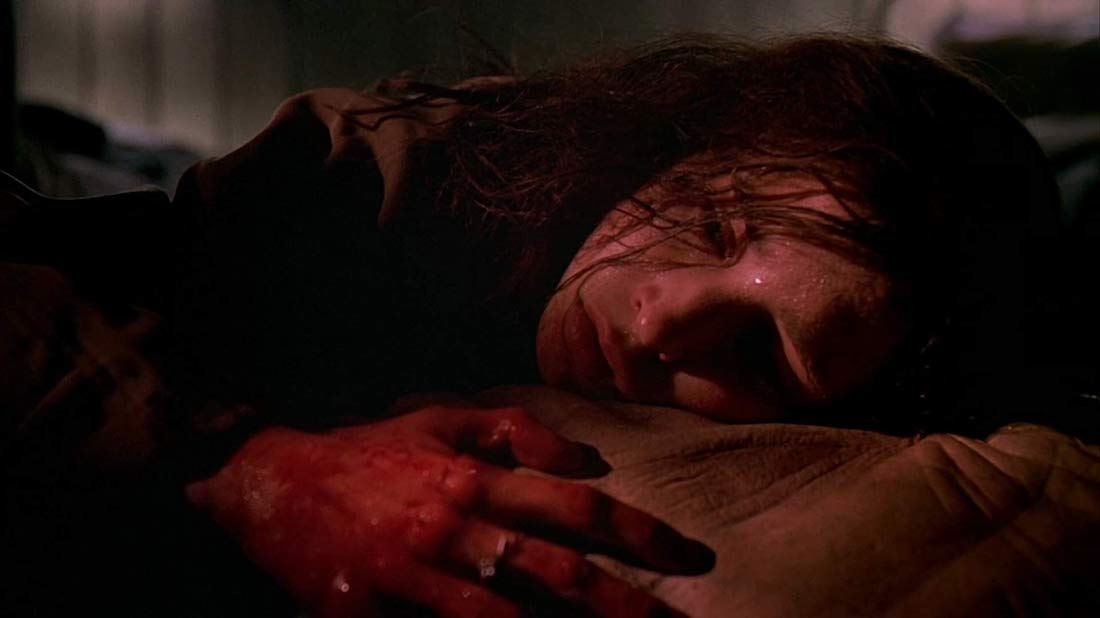 Isabelle, in the title role, perhaps surprisingly delivers less in terms of acting. Her abrupt shift in character and her physical transformation (including a weirdly phallic tail) partly substitute for depth. All the same, she handles it competently, even if the more striking performances come from Mimi Rogers as the girls’ mother Pamela and John Bourgeois as their father Henry. The latter has a great, subtly seething face which hints at how unhappy their marriage is beneath the surface. Rogers, meanwhile, cuts a droll figure as a house-proud mom in magnificently ghastly curlers, but she’s more than a caricatured suburban housewife.

Yes, Pamela can be naive—she’s flattered when the girls pretend to think she’s cool, and excited when they ask for advice about boys—but she’s also sharper than she seems. Ultimately she engages with the new reality of a werewolf in the family more positively than one might expect, even if she still takes special care to properly seal a Tupperware box containing severed fingers. 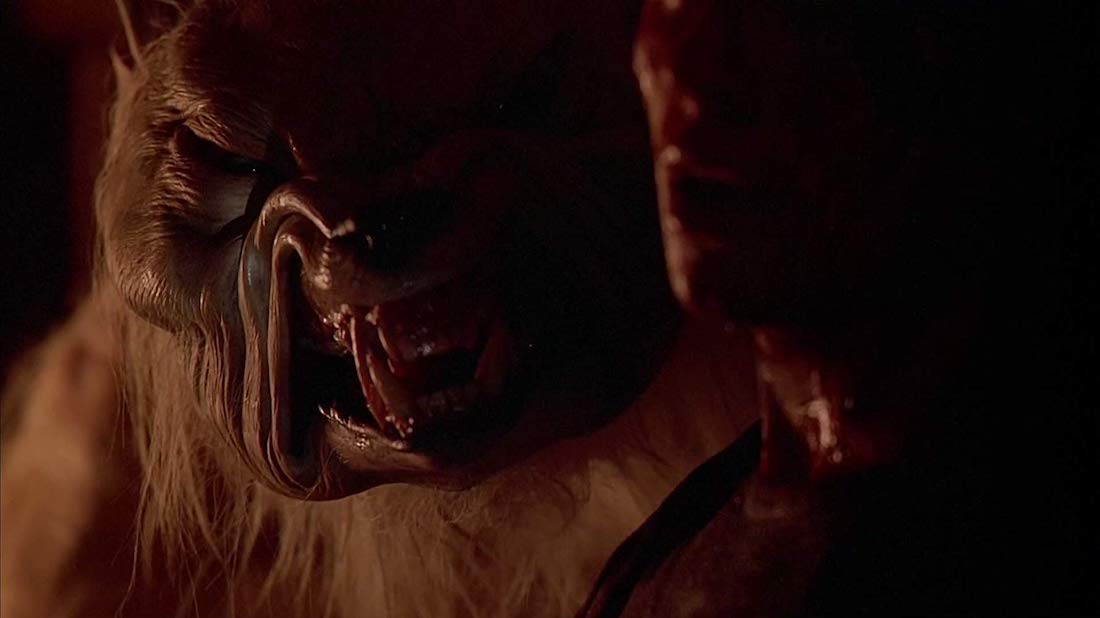 The performances are essentially what makes Ginger Snaps work. Despite the fanciful premise and some plot holes, the movie carries us along because of how we fundamentally believe in these people. For the same reason, while the rather dragged-out conclusion is marred by the Halloween-costume quality of the non-CGI werewolf Ginger eventually becomes, what we remember is not so much this as its bleakness.

That in itself would make Ginger Snaps a rare thing among werewolf movies, but it’s distinctive in other ways too. Canadian horror films aren’t common (David Cronenberg’s oeuvre excepted), but this is recognisably a Canadian as opposed to an American movie. One of the two sequels from 2004, Ginger Snaps Back: The Beginning, underlines that point most clearly by reimagining Brigitte and Ginger in the early 19th-century wilderness. The other sequel, Ginger Snaps 2: Unleashed, is a more conventional movie following Brigitte’s story after her sister’s transformation. 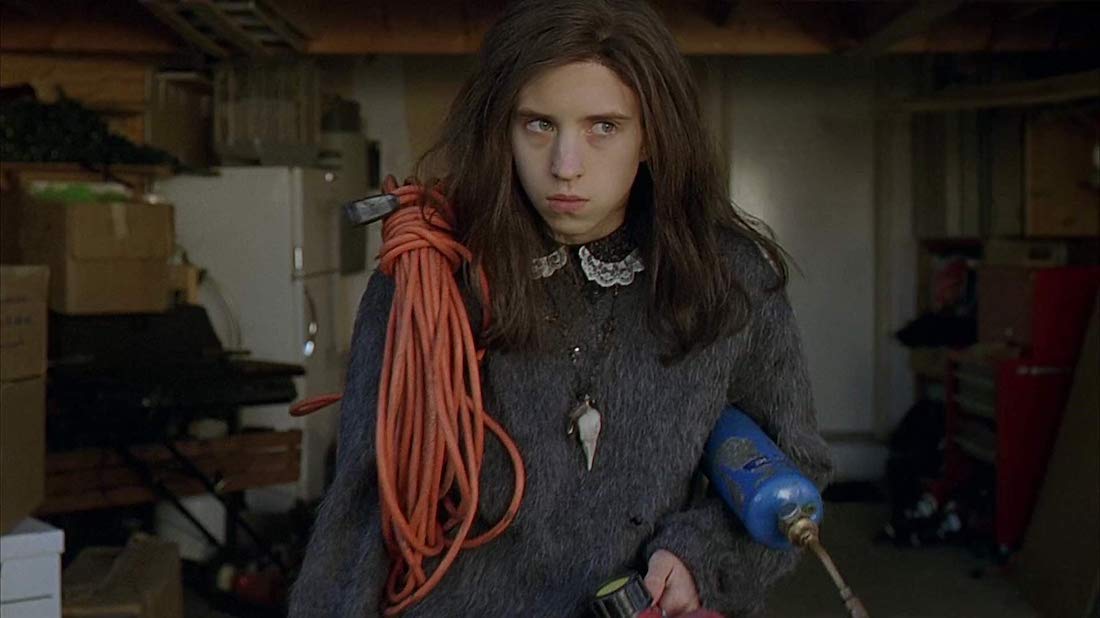 Also notable is the absence of something one might expect to encounter: knowing in-jokes that became a hallmark of postmodern horror. While Ginger Snaps acknowledges the existence of werewolves at the movies, and Brigitte even consults black-and-white films in an attempt to understand her sister’s condition, Ginger Snaps makes no attempt to earn cheap laughs by mocking genre conventions. It puts its own twists on traditional werewolf lore—“let’s just forget the Hollywood rules”, says drug dealer Sam (Kris Lemche)—but it takes the notion of a lycanthrope at least semi-seriously and finds humour in the situations it leads to, rather than in the idea itself.

Above all, however, what audiences are likely to remember from Ginger Snaps is its nuanced portrait of two teenage sisters and the way that they try to cope with unimaginable horror bounding into their lives. As Ginger says: “Nobody ever thinks chicks do shit like this.” 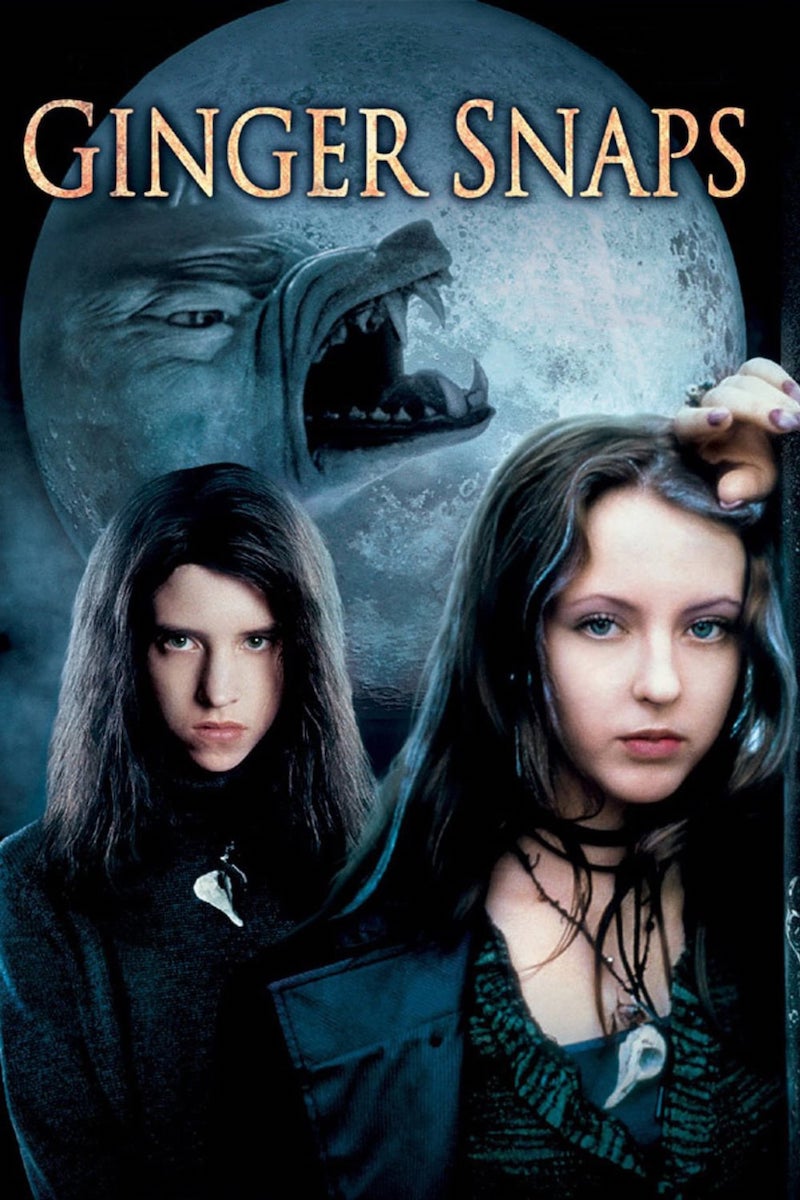