Week five of Humans is very much a holding episode, but that’s not to say it doesn’t boast some knock-out scenes. Principal among them were the discussions between George (William Hurt) and Niska (Emily Berrington), with the latter hiding out with the amiable doctor while the authorities searched for the perpetrator of the violent attack at the ‘smash club’ last week.

As well as providing a little more shading on George’s past with the Synth project of David Elster’s, the meeting also found George with “mankind’s greatest invention sitting on [his] couch”, raising intense philosophical debates. Their back-and-forth over the definitions of ‘existing’ versus ‘living’ was wonderfully written and triggered a more complex contemplation on the nature of life. 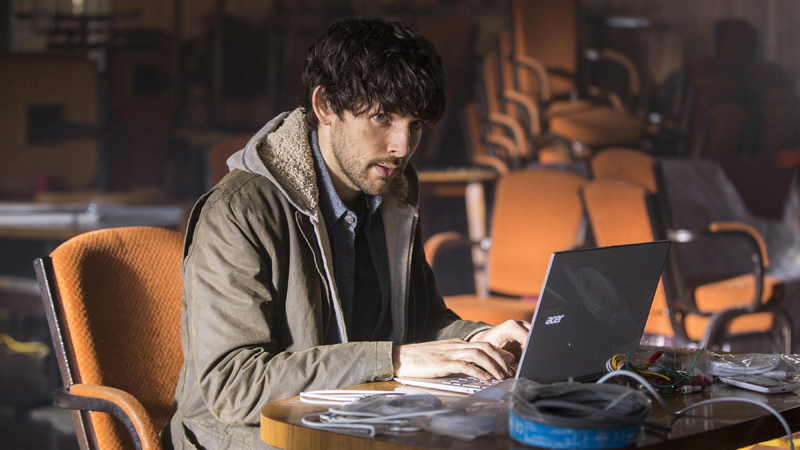 What’s great about Humans is that it doesn’t have villains. In one scene the Synths will be the worst thing imaginable, and in the next they have our complete sympathy. Take the scene where Drummond (Neil Maskell) finds his way to a We Are People rally, in which a speaker evangelises about the evils of Synth culture, and the many ways in which it’s sending the human world to hell in a handbasket. Everything he says is perfectly resonant, and it’s hard to argue against. But, then, an earlier scene in which Drummond’s wife Jill (Jill Halfpenny)—upset at the notion of losing her carer-Synth Simon—launching into an impassioned defence of why she needs him so badly, is equally convincing. Halfpenny is so good in that scene, so vulnerable, and her words so poignant in describing the many ways in which Simon’s made her life post-accident bearable that the thought of denying her that is unthinkable. Good sci-fi should always make you think and question both yourself and the world around you, and Humans certainly does that.

Elsewhere, Mattie (Lucy Carless) decides to help Leo (Colin Morgan) and Max (Ivanno Jeremiah) access Mia (Gemma Chan), but their attempts fail, and Leo loses hope, lashing out at Max, who’s by far the most childlike of the Singularity Synths. Jeremiah’s done great work in a relatively thankless role thus far, and the shot of him sitting alone in the empty warehouse was particularly sad, evoking the shot of Odi (Will Tudor) alone in the woods a few weeks back. 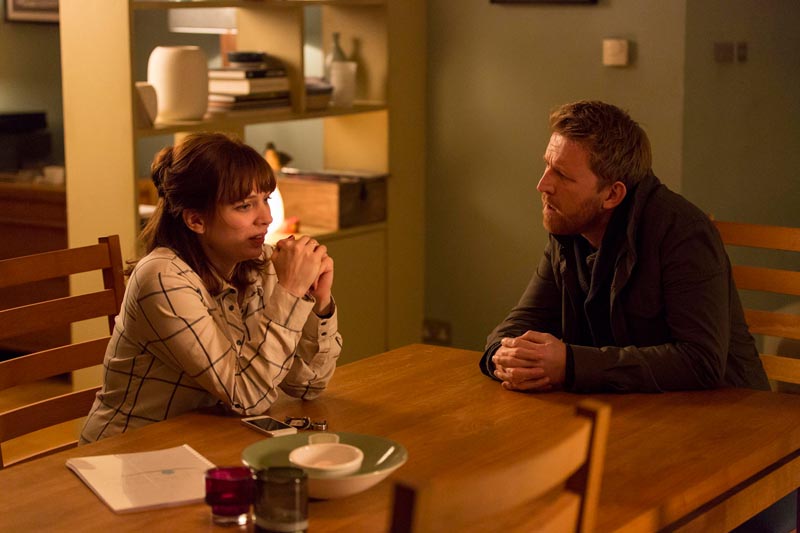 The episode’s other big event is the discovery in the Hawkins household that somebody had activated Anita’s “adult setting”. The moment when Toby (Theo Stevenson) realised that it can only have been his dad that did the deed was brilliant, and the many implications contained in that notion—not least of all given Toby’s infatuation with Anita—hit hard. So hard, in fact, that Toby confessed to it himself. That’s a hell of a thing for a young lad to do; his sense of responsibility to try and protect his family from imploding is commendable.

Of course, Joe (Tim Goodman-Hill)—poor, passive Joe—eventually had to come clean if he’s to have any hope of remaining a man in his son’s eyes. His struggles to justify his actions to Laura are horrible to watch, because even although—again—we can see both points of view, we know that Laura (Katherine Parkinson) won’t accept it. And with the tension that already exists between them, this is the final straw, and Joe finds himself kicked out of their home. What his role will be for the rest of the series remains to be seen. Is he a compelling enough character to stand on his own, without his family as an anchor?

There are a few other elements left unresolved, with Odi’s body mysteriously disappearing from the woods, while Hobb’s (Danny Webb) incineration of Fred (Sope Dirisu) is very obviously smoke-and-mirrors. But the episode continues the drip-feed of plot clarification, as it’s revealed that David hid part of the secret to artificial intelligence in each of his four models. To unlock it, all four of Max, Niska, Mia and Fred will need to be reunited. Although with Mia lost within Anita’s programming and Fred in the custody of Hobb, that seems easier said than done. And then there’s still the question of where DI Voss (Ruth Bradley) fits in to all this… plenty left to explore in the final three episodes!