First off, apologies to everyone for the late arrival of this recap, which was down to unavoidable personal circumstances. With that out of the way let’s cast our mind back to episode four, in which things took a decidedly darker turn and we learnt more about our various misfits and miscreants. I do truly think You, Me & The Apocalypse is a show that’s gaining in strength with each episode, and not just because the characterisation is so clear: Iain Hollands has also put a cracking plot in motion, and with each hour the tension ratchets up a further notch as we wonder who, if anyone, will actually survive the comet. Thus, even though this week’s episode might seem to contain less ‘OMG’ moments than last week, it was actually pretty smart in the way it sneakily slipped some pretty dark plot-lines under the radar. 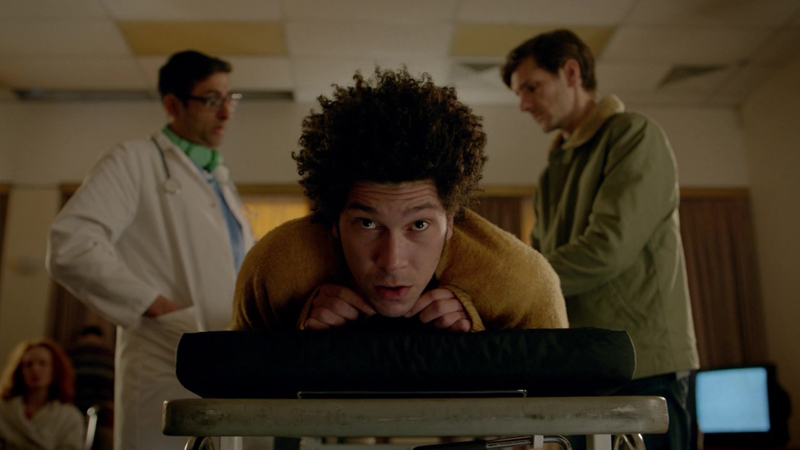 Our daring duo provided much of the comic relief in an episode that kicked off with them having made it to Scotland, only to discover that the asylum was permanently closed to visitors. The Jamie (Mathew Baynton) of old might have despaired then and there; but this is new Jamie, aware Layla (Karla Crome) is alive and prepared to do anything to find her. Thus, one trip to the pub and a stolen security pass later, and the lads were in.

Unfortunately, getting in proved somewhat easier than getting out, thanks to a desperate doctor and an unfortunate round of treatment—I don’t know about you lot but after seeing Joel Fry’s ‘what’s he doing down there?’ face I too think that this should be a moment ‘we never refer to again.’ Yet, amid all the capers which climaxed in Jamie trying to wheel both an unconscious Dave (Fry) and his near-catatonic birth mother out of the asylum, there was also a sweetly touching moment as Jamie realised he couldn’t abandon Mary to her fate, choosing instead to take her with him on the search for evil twin Ariel. 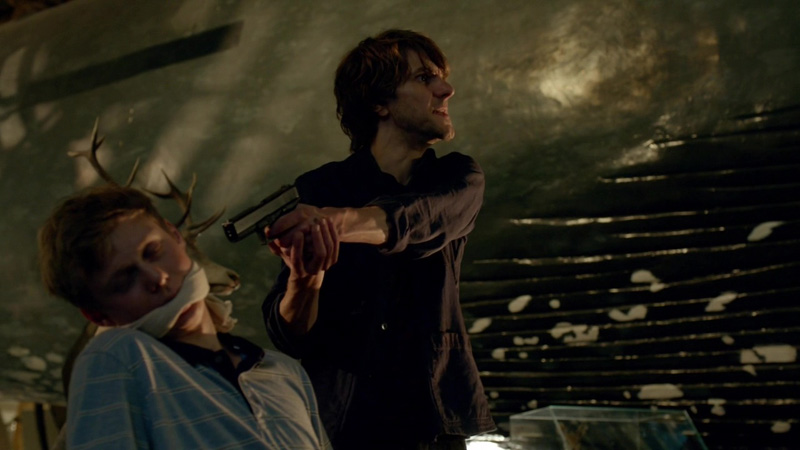 Of course, we know that Jamie’s not going to have much luck tracking Ariel down, given that he’s in America holed up with Spike (Fabian McCallum) and Max (Edward Judge), revealing just how psychopathic he actually is. After cold-cocking Spike and locking him a room, Ariel finally faced up to the fact the comet was happening, worked out that contingency plans were in place, and, after Max did some neat hacking, realised that the person he most needs to speak to is none other than Spike’s uncle Scotty.

Alas, for poor Max that bit of nifty skill was to prove pretty much his last act on earth, as the shocking episode end saw Ariel blow his erstwhile companion’s brains out while remarking “this is what happens to idiots, don’t be an idiot, Spike.” Max’s death was a genuinely surprising moment—proving that, for all the surreal humour on this show, the stakes are high and getting higher. I wouldn’t be surprised if there were more deaths before the series ends. 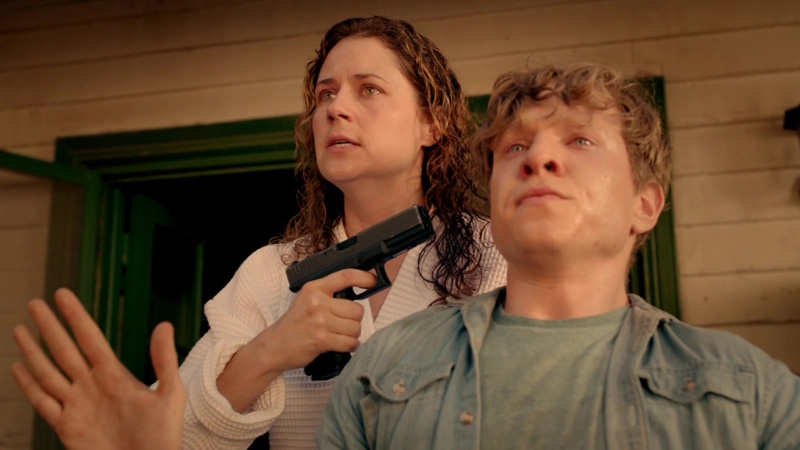 While Spike was belatedly realising that his hacking gods had feet of clay, mum Rhonda (Jenna Fischer) was busy trying to stay one step ahead of incredibly determined U.S Marshall Tess Carter (Nina Sosanya). They managed it, just about this episode, thanks to Rhonda’s desperation, but I can’t help but feel Tess hit home when she pointed out that while other things that happened to Rhonda weren’t of her volition she did make the choice to hold a gun to a kid’s head. This is also the second week in a row that I’ve really enjoyed Rhonda and Leanne’s (Megan Mullally) segments.

Yes, Mullally’s Leanne is wildly over-the-top, but she commits to the character with such gusto that it’s hard not to be swept along. Meanwhile, Fischer’s Rhonda provides the show with much of its heart, and I was genuinely touched by her story of leaving her abusive husband and bringing up Spike. The time she spent on the sofa with the teenage boy also felt believable and true, so it was a shame it ended in betrayal and near-arrest. That’ll teach you to trust anyone, Rhonda. 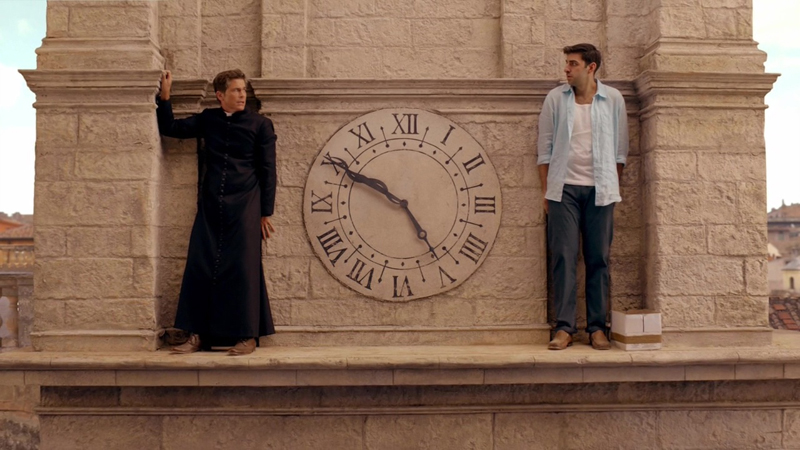 Most touching moment of the week, however, belonged to the cynical Father Jude (Rob Lowe), who let his guard down to a would-be suicide: listening to his terrible tale of abuse and abandonment by the church before revealing that his own father had killed himself, and that he nearly had too before “God spoke to me and told me I mattered”. One of the things I really like about this show is that it has a surprisingly wide sentimental streak, which shouldn’t work but actually does because it’s deployed so well.

Thus, the suicide didn’t kill himself, Jude wasn’t lying, and the whole storyline was played straight. I’m absolutely fine with that; firstly because Lowe sold it completely, but also because it felt true to his character. Father Jude might be cynical but he’s also a believer—it’s Sister Celine (Gaia Scodellaro) we should be watching out for in my opinion.

So what did you think? Was it a strong episode or did you want more answers? Were you shocked by Max’s death? What about Jude’s back-story and Rhonda’s newfound confidence with a gun? Is she about to embrace the dark side? As ever, all speculation is welcome below…