Danny Boyle (T2 Trainspotting) and Richard Curtis (Four Weddings and a Funeral) team up for a distinctly average rom-com and underwhelming tribute to The Beatles. Yesterday is a high-concept collaboration between two of the most iconic names in British cinema, but Boyle’s vision gets lost amidst Curtis’ unmistakable writing style—which is charming but starting to feel tired.

Yesterday has a brilliant concept about a failing singer-songwriter called Jack Malik (EastEnders’ Himesh Patel in his film debut), who’s hit by a bus at the same time a freak glitch plunges the world into darkness. And when he awakens everything looks the same, but he soon realises nobody remembers The Beatles and they never existed. Knowing their discography all too well, Jack decides to boost his failing career by passing The Beatles’ iconic songs off as his own. Of course, like any good tale about fame and fortune, this get-rich-quick scheme comes at a price.

Patel is amiable as Jack but lacks the charm of Curtis’s other lovable-but-hopeless leading men, most notably Hugh Grant. He’s intentionally ordinary as a useless retail employee without much charisma and no good songs to his name, but his personality sometimes makes the story feel like a drag. Jack’s surrounded by a strange collection of friends (played by Sophia Di Martino and Harry Mitchell), who would have been more interesting lead characters. Sometime roadie Rocky (Joel Fry) easily delivers the film’s best performance as Jack’s sidekick, always either drunk or high and doing his job terribly. 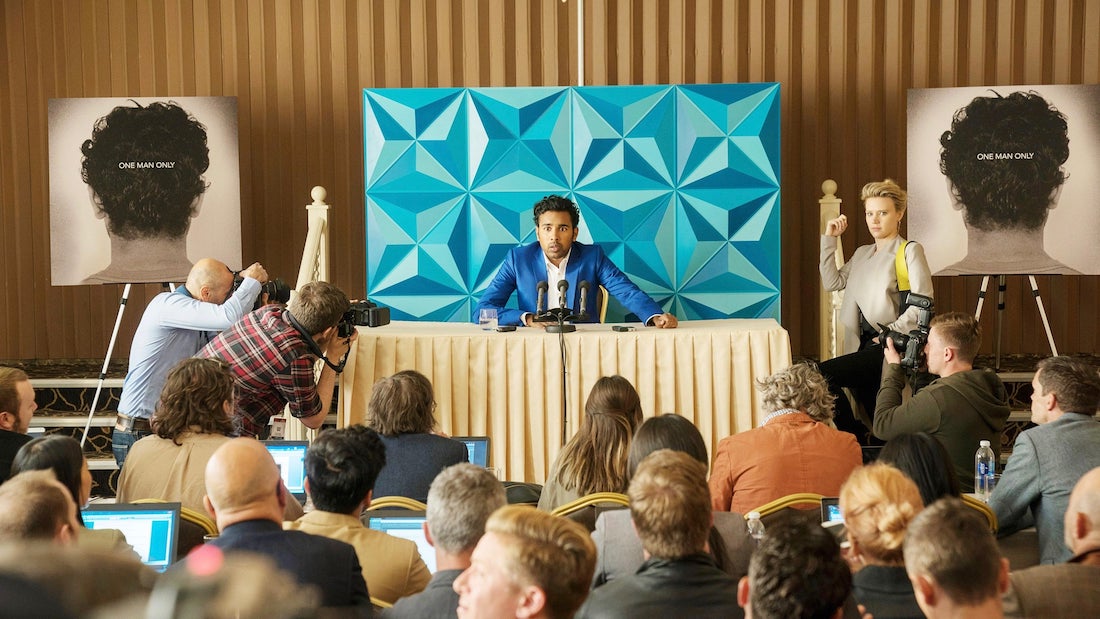 There’s an unfortunate lack of laugh-out-loud moments in Yesterday, which means it falls conspicuously but means it falls well short of Curtis’s other rom-coms Notting Hill (1999) and Four Weddings and a Funeral (1994). There are some snigger-worthy one-liners and an excellent running gag about forgetting the words to “Eleanor Rigby”, but most of the jokes (such as “Hey Jude” being changed to “Hey Dude”) don’t land.

No Curtis-penned script would be complete without a cute love story, so there’s also Lily James (Baby Driver) as Jack’s best mate Ellie Appleton, who sidelines as his manager/driver/roadie. James does what she can with an underwritten ‘girl next door’ role, but lacks any sexual chemistry with Patel or any real personality of her own. It makes their potential romance feel rather dry.

Success comes too quickly for Jack, with Ed Sheeran turning up at his door after an appearance on local television. As an actor, Sheeran has the charisma of a potato, so his supporting role is neither funny or satirical enough to elicit any laughs. Sheeran whisks Jack away on tour with him, and soon he’s signed a music deal with cartoonish manager Debra Hammer (Kate McKinnon, again poorly served by a movie’s material for her).

What happens next is fairly straightforward and clichéd, with Boyle and Curtis missing several opportunities to explore the thought-provoking concept. There’s never any doubt some of The Beatles’ songs may not be to modern tastes and no eyebrows raised over the strange lyrical content or dated references in Jack’s songwriting. Yesterday appears to not understand what made The Beatles so iconic, as it wasn’t necessarily about the music and more about being the right people in the right place at the right time. Also, as The Beatles were such a cultural phenomenon around the world, it’s hard to imagine that only a few things would change if they were erased from existence. 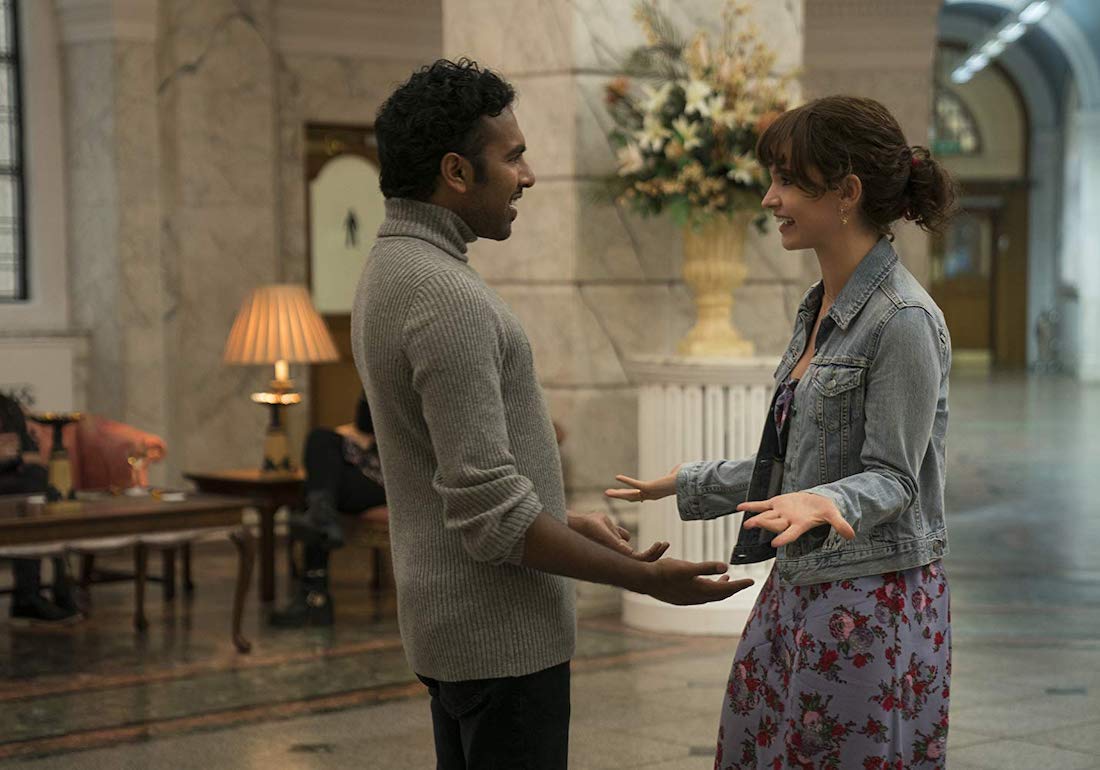 I also found it hard to believe that The Beatles songs were so good that a humdrum cover version could get Jack out of the local pub and onto superstardom. Unlike Rocketman (2019), which converted Elton John’s hits into musical theatre, the classics in Yesterday are carbon copies from an average singer with a mediocre band. Why not reinvent them for a modern audience? Patel’s an okay singer, but his best scenes are when playing “Let It Be” more earnestly on the piano for his parents (Sanjeev Bhaskar and Meera Syal), or when asked to sing “The Long and Winding Road” with an emphasis more on his vocals and the lyrics.

The film’s message about the poisoned chalice of fame is an obvious one, played with a heavy hand. One touching cameo is all this film would’ve needed to get the message across about the merits of appreciating what you have in front of your eyes… but just as a tear starts to form in your eye about the idea of The Beatles leading happy lives as ordinary Scousers, the froth is turned up once more.

Yesterday is too safe and polished, exhibiting none of Boyle’s signature visuals and artistic flare. It desperately wants to be a crowd-pleasing Richard Curtis rom-com, so lacks the ambition and depth Danny Boyle usually brings to his other projects. It’s by no means a bad film, just a frustrating waste of its imaginative concept… ending up being an enjoyable celebration of The Beatles’ timeless music, but far short of what Curtis and Boyle have created separately.