T2 Trainspotting picks up 20 years after Mark Renton (Ewan McGregor) walked off into the sunset with a holdall full of cash at the end of the 1996 original. Renton has since made a new life for himself in Amsterdam and appears to be a reformed character, having beaten his addiction to heroin. However, following a heart attack, Renton returns to Edinburgh for the first time in two decades to make amends with the friends he betrayed…

Life hasn’t been so kind to those that Renton left behind. Sick Boy (Jonny Lee Miller) is now the landlord of a rundown pub, trying to fund his pipe dreams by blackmailing sexual deviants. Begbie’s (Robert Carlyle) psychopathic tendencies have landed him in jail and he’s just been turned down for parole. Most tragically of all, Spud (Ewen Bremner) had managed to quit the skag and get his life back on track, but has since fallen off the wagon due to a series of comically unfortunate events. 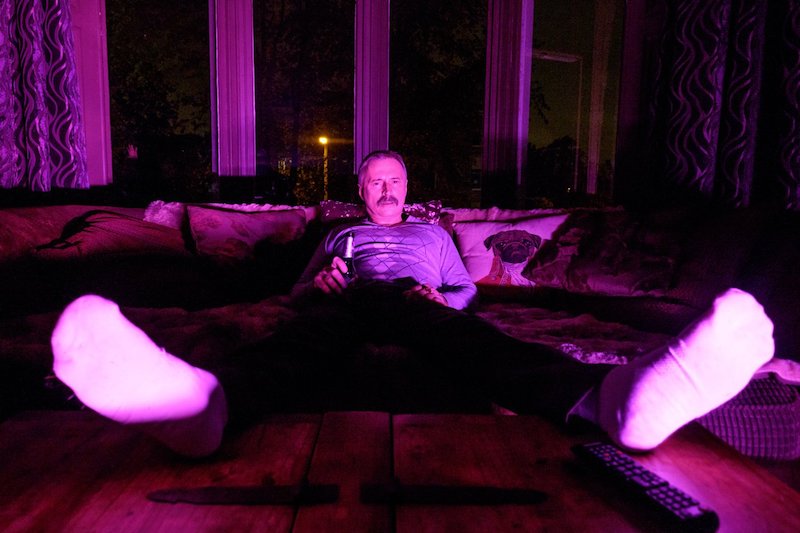 Unsurprisingly, they all feel that Renton was responsible for ruining their lives, and it would be an understatement to say he isn’t welcomed back with open arms. Sick Boy decides that he wants Renton to suffer, conspiring to get vengeance by double-crossing McGregor’s character in a business deal that he’s convinced his old friend to partake in. Enlisting the help of prostitute Veronika (Anjela Nedyalkova), the trio attempt to open a brothel with a fraudulent funding application to the EU. After escaping from prison, Begbie’s motives are far less complicated: he simply wants Renton dead.

“First comes opportunity, then comes betrayal” is a motif that runs throughout T2, perhaps echoing the thoughts of die-hard fans of Trainspotting when firm plans for a sequel were announced. The film was a breath of fresh air in ‘96, capturing the ‘Cool Britannia’ mood of the time, and has long been considered a British cult classic. A follow-up after so many years had people concerned it would struggle to live up to the high standards set by its predecessor, or, worse, tarnish fond memories. 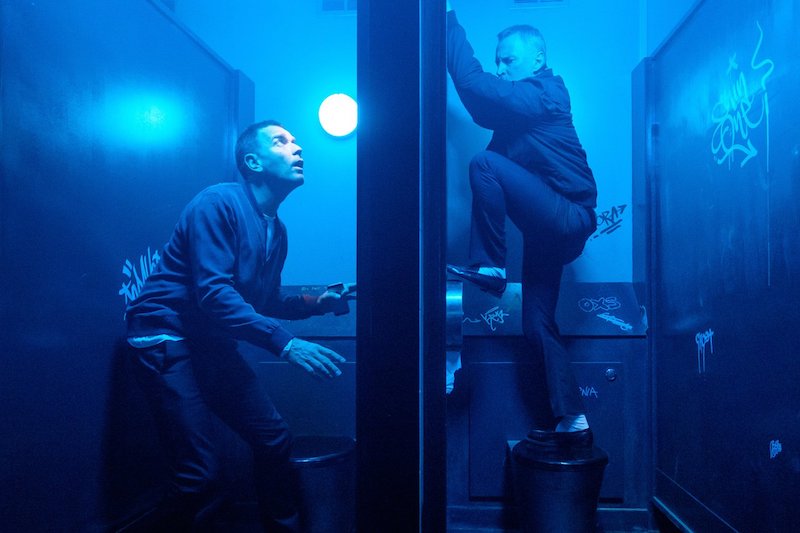 It’s also noteworthy that, 20 years later, everybody involved is much better at their craft. Boyle has since won an Oscar for Slumdog Millionaire and masterminded the 2012 London Olympics opening ceremony, McGregor is a Hollywood A-lister, and the rest of the cast have all had successful careers in film and TV. Although this means some of the rawness of the original is lost in T2, it could be argued that this film is technically far more proficient. 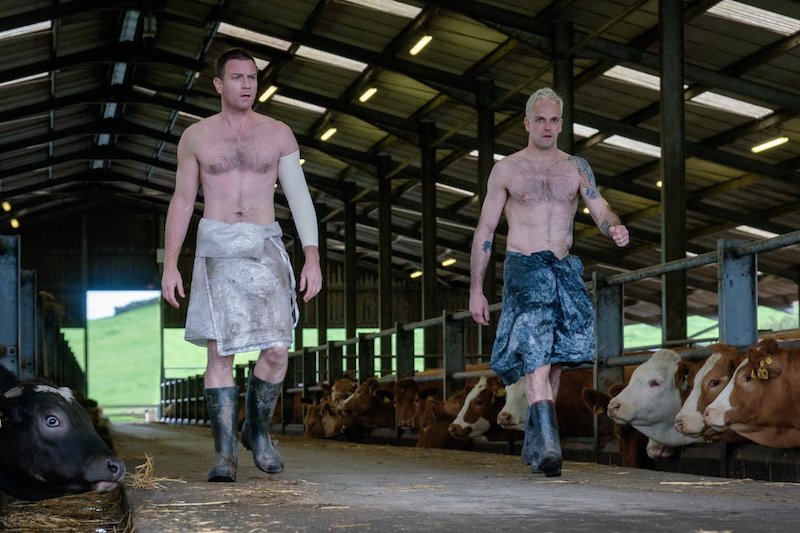 Loss, regret, mortality, and legacy, are themes that run through this sequel. Boyle is fully aware that the target audience isn’t a new generation of fans but filmgoers that have aged alongside the characters on screen. At one point Sick Boy accuses Renton of being a “tourist in his own youth”, but could just as easily be breaking the fourth wall to address the audience watching their antics. The film is self-aware enough to embrace nostalgia (with lots of call backs and references to the original film), while trying to use it as a narrative device rather than a safety net of in-jokes.

T2 takes an ‘if it ain’t broke, don’t fix it’ attitude towards its forerunner. It features just as much crude black humour as the original (the highlight being a scene in which Renton and Sick Boy have to perform an impromptu song in a Protestant social club), and Boyle’s directorial flare and ingenuity again treats us to some exceptional set-pieces visualising the impact of drugs on someone’s mental state. The sparky, smug, squabbling dialogue, and the chemistry between the four leads is as delightful now as it ever was. 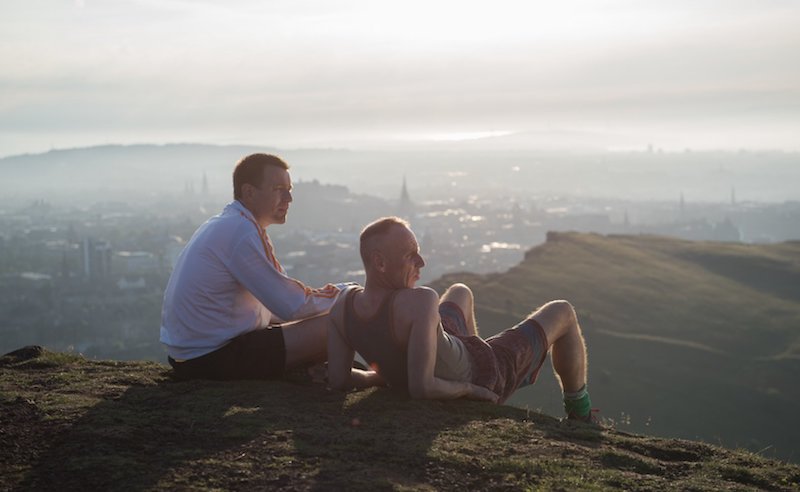 The pseudo-philosophy and social commentary of Trainspotting are still prominent, with references to gentrification and zero hour contracts. In the mid-’90s, Renton sounded like the coolest kid at a house party who had the world sussed out. Nowadays, with his rants about social media and his insistence on retelling anecdotes about George Best, he sounds like a bitter middle-aged bore at an office Christmas party.

It’s a genuine pleasure to spend time in the company of these characters again, to see how they’re coping in a world that’s changed dramatically since the last time we saw them. It’s especially thrilling to be reunited with Franco Begbie, one of the cinema’s greatest psychopaths. The violent madness of this most terrifying embodiment of masculinity from a bygone era, provides almost all of the tensest moments within T2, as well as some of the funniest. 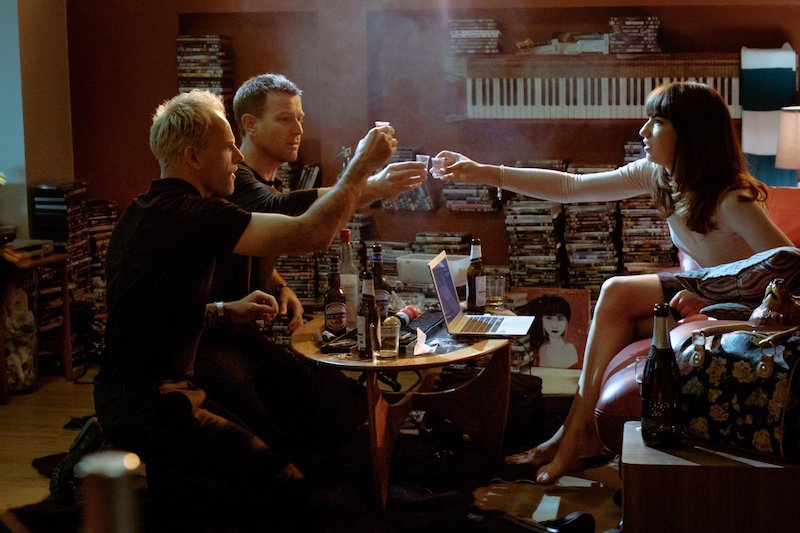 There are also scenes of tenderness that bring a tear to the eye, and it’s a credit to Boyle that he’s able to switch between humour, action, and such poignancy with relative ease. Spud’s storyline is especially heartbreaking and, just like in the original film, his character provides the warmth lacking in the other more self-centred protagonists. Unfortunately, Spud is marginalised for much of the time, in favour of more Begbie, Sick Boy, and Renton.

T2 is a strange beast, in that it’s a near-perfect sequel, but isn’t a particularly great film in its own right. Much like the original, it’s at its best whenever the lead characters are sparring with one another, so a convoluted storyline and an unnecessary love triangle simply get in the way of its strengths. The character of Veronika feels shoehorned in to a world we know so well, appearing at random intervals throughout the movie for no reason other than to make bizarre choices that nudge the narrative along.

Regardless of these shortfalls, it’s impossible to argue that T2 Trainspotting is anything less than a success, even if it doesn’t quite hit the highs (no pun intended!) of Trainspotting. As Iggy Pop’s “Lust For Life” rings out over the end credits, it leaves you wondering why it took us so long to catch up with Renton, Sick Boy, Begbie, and Spud in the first place…