Original blockbusters are an increasingly rare phenomenon. You’ll sooner find a studio churning out a fifth Pirates of the Caribbean or Transformers before putting money behind a new idea. Not only is the fantastic Baby Driver fresh and original, it’s long been a passion project for Edgar Wright, one of the greatest directors of action comedy around. This film is a blast of pure summer fun, bolstered by excellent performances, incredible stunts, and a killer soundtrack. I won’t be surprised if we reach the end of 2017 without a film more wholeheartedly entertaining me.

Wright’s track record is almost second to none. His work on Channel 4’s cult comedy hit Spaced is enough to have grabbed anyone’s attention, but he followed it up with some of the most beloved British blockbusters movies ever made–Shaun of the Dead, Hot Fuzz, and The World’s End (collectively dubbed ‘The Cornetto Trilogy’)–plus his superb adaptation of graphic novel Scott Pilgrim vs. the World. That’s before even mentioning his controversial development of Marvel’s Ant-Man, co-writing The Adventures of Tintin, and producing Attack the Block and Sightseers! 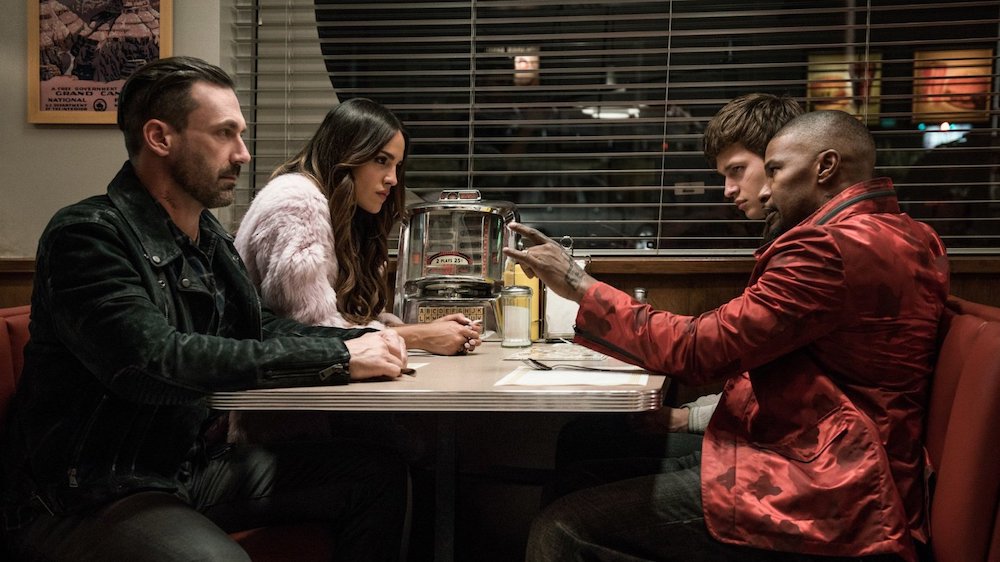 He’s a director who always has an assured sense of tone and rhythm, and this movie is no exception. Baby Driver delivers a simple story and tells it expertly, making the most of its 113-minutes with skilful pacing and an effective blend of stunts, comedy, and emotion.

We follow Baby (Ansel Elgort), a ridiculously talented getaway driver forced into the employ of master crime boss Doc (Kevin Spacey) to pay off a debt. At the start of the movie, the eponymous hero is just a few jobs away from paying his dues, and thus being able to move on with a more normal life. Baby is defined by his love of music, which he uses to block his tinnitus by playing tracks through earbuds at all times. There’s hardly a scene where Baby isn’t listening to something on one of the numerous iPods he owns. The whole things ends up feeling like a hybrid action musical, with specific beats perfectly edited to match up with the music. It works amazingly well. And, with a soundtrack of 30 tracks featuring songs from T. Rex, Queen, The Beach Boys, Beck, Simon & Garfunkel, and so many more, there’s no shortage of toe-tapping sounds to fuel the adventure. 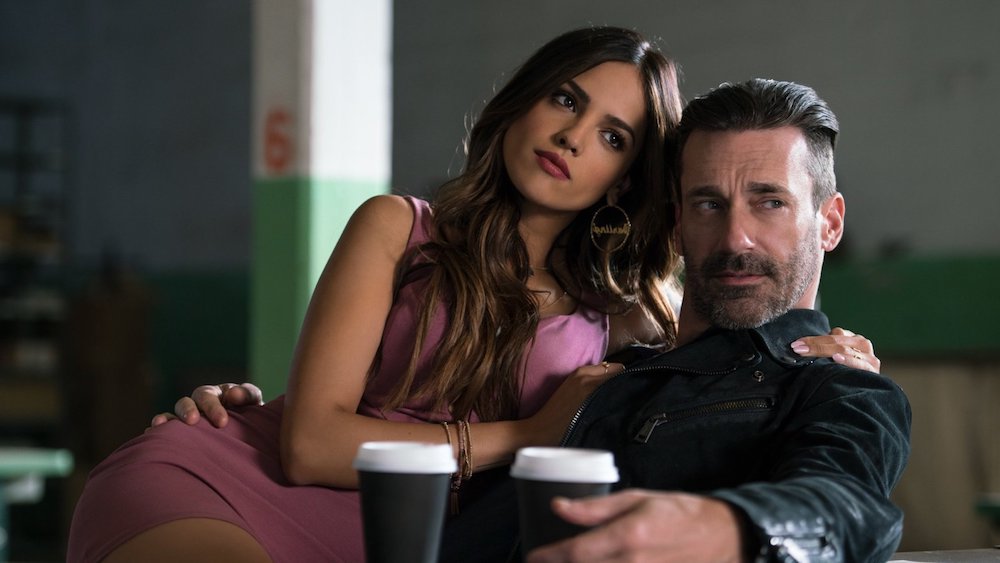 Just when Baby thinks he’s finally out of the thieving game and can move on with his girlfriend Debora (Lily James), though, Doc makes a move to pull him back into criminality. It’s the tension generated from this dynamic that drives much of the film, and pits Baby against the bank robbers he’s worked with as he tries to escape to start a new life with his lover. It’s in these criminal cohorts that we also see the depth and excellence of this cast, with Jon Bernthal, Eiza González, Jon Hamm, and Jamie Foxx all playing pivotal roles (the director would reportedly joke that it was a “a two-Oscar shot” whenever Foxx and Spacey shared the frame during filming). 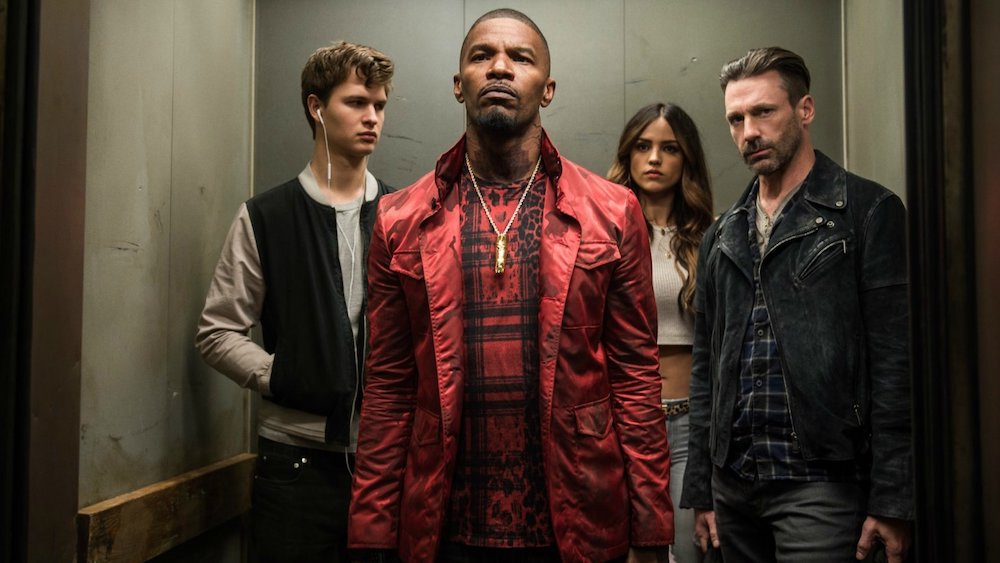 Wright is a master of energy and action in cinema, and we see in Baby Driver a film that unleashes cuts at just the right moment to heighten tension, convey a funny visual, or boost the impact of stunts. Elgort’s background as a dancer is also on display in the foot chases, and Wright says the incredible car stunts were achieved without the aide of digital effects in midtown Atlanta. It’s probably the most technically ambitious work yet from the British director. And, like his other films, Baby Driver has a distinct look and feel. The balance of action, comedy, and smart dialogue comes quick without feeling rushed, there’s a compelling romance at the heart of the story, and Baby’s backstory is nicely established to reveal how his family shaped him.

Wright has voiced concern Baby Driver might end up feeling like it’s “shouldering the future of all original movies”, or at least original blockbusters. That’s a lot of pressure to place on something, so it’s fantastic he’s created such a terrific experience that demonstrates why we need big movies that aren’t drawn from the same pool of sequels, reboots, and comic book adaptations. We need more filmmakers who feel like they can pursue a passion project and bring it to life, because the results can be spectacular. Baby Driver is a bold, stylish endeavour; a seamless merger of music, comedy, and stunts that offers audiences something special and unique.