Acclaimed hitman John Wick is on the run after killing a member of the international assassin's guild and, with a $14M price tag on his head, has become the target of every professional killer...

The once retired, now on-the-run assassin John Wick (Keanu Reeves) returns for the third instalment in this action-packed neo-noir franchise. Not only is Wick on the run as a consequence of his actions at the end of John Wick: Chapter 2 (2017), but other familiar faces are left to settle scores of their own…

John Wick (2014) was one of the biggest surprise hits of that year. It hit theatres in late-October with minimal fanfare, produced for a paltry $20M, but quickly became a roaring success by exciting audiences and critics. It grossed an impressive $88M at the box office. From that point, a sequel was no brainer and John Wick 2 built on its unexpected success. Itself grossing $171M, 2017’s sequel certified John Wick as a bonafide franchise, so a third chapter to answer its cliffhanger ending was all but guaranteed. 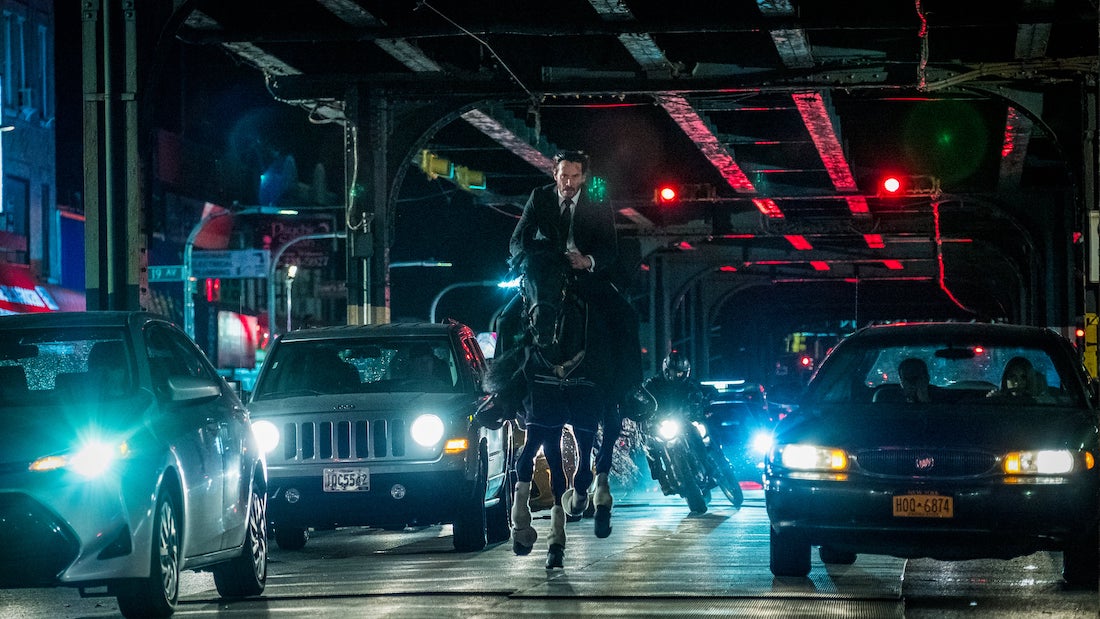 John Wick: Chapter 3—Parabellum picks up moments after the second movie ends. Wick is on the run, literally, because in less than an hour he’ll become the most hunted man in New York City with a $14M bounty on his head. So as the seconds tick away, Wick makes a desperate play to find safe passage out of town. Anyone who hasn’t seen the previous two films will be lost from the opening moments of John Wick 3. The film offers no recap or summary of what happened before and the aggressive pacing doesn’t slow down enough for the person sat next to you to explain things either.

For those who need a refresher, Wick was a retired assassin living a quiet life in New York. Recently widowed after lost the love of his life to illness, he spent his days in dreary solitude with his only companion being a dog left behind for him by his dying wife. A twist of fate saw Wick cross paths with a low-level thug at a gas station, who eventually break into Wick’s home, steal his car, and kill his pet. Big mistake. Described as the man you’d send to kill the boogeyman, Wick comes out of retirement to kill the punks responsible—one of whom turns out to be the loser son of a Russian mob boss. Everything spins out of control over the course of two films, leading Wick to break a cardinal rule of his fellow elite assassins: he kills someone on protected property. This leads to the $14M bounty on Wick’s life that fuels this second sequel. 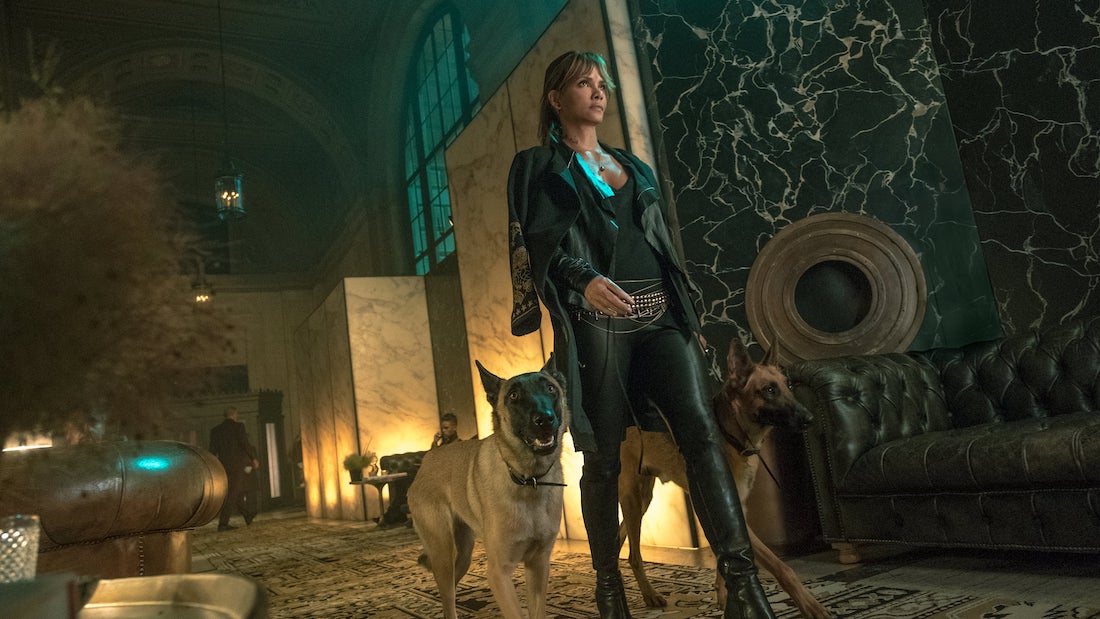 Fans of the first two John Wick’s won’t be disappointed by the number of bullets and bodies that fly around this time. Director Chad Stahelski and his crew take the action up yet another else for the third part. Stahelski began his career in Hollywood as a stuntman (working with Reeves on The Matrix trilogy) and his passion for practical action without too much VFX is one of the key delights of these films. The action looks real because, for the most part, it is. It helps that Reeves does much of the physicality necessary to play Joh Wick and other cast members, this time including Halle Berry, are likewise willing to put the work in to create added realism.

Indeed, Berry is a standout in John Wick 3 but also a great tragedy. Her character, Sofia, is introduced owing Wick a life debt. There are hints in the dialogue of a delicious backstory but any serious character exploration of Sofia is fleeting. However, some of the most entertaining sequences involve Sofia and her twin German Shepards. The animal trainers deserve an award for the amazing work those dogs perform here, as they turn some typical shoot-’em-up sequences into something unique and memorable. 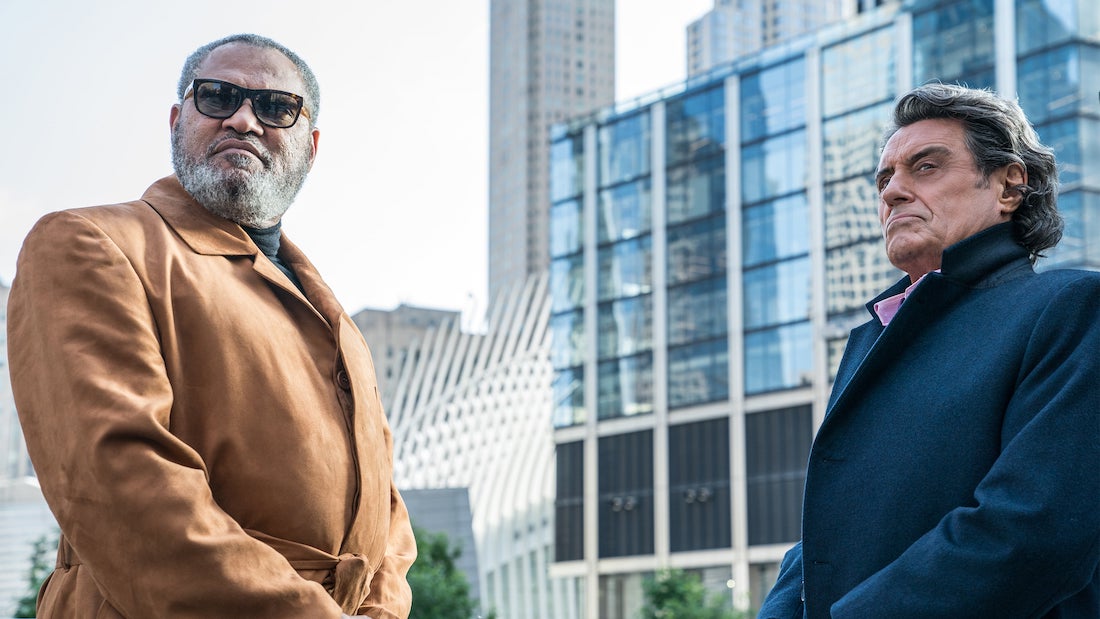 John Wick 3 is an exceptional sequel. For more than half of its 131-minute runtime, it seems the movie is going to top both of its predecessors… but then the third act plays out. The quality of action remains ludicrously high but the story takes some odd turns. Considering that self-preservation is a basic human instinct, most of the character’s decisions can be understood, but where the third act lets down is the way it becomes less about ending the story and more about starting a new one.

It’s insulting and infuriating to feel dragged along for more than two hours and be denied any sense of resolution. John Wick 3 isn’t the concluding part of a trilogy, it’s a bridge to keep the story going. It feels like an addendum to the previous movie than a full-blooded third instalment of its own.

There’s little doubt John Wick 3 will enjoy a profitable run at the worldwide box office, and when Chapter 4 comes out I’ll buy a ticket. But it’s a shame the filmmakers wanted to string us along like this. We could have been given closure and a thirst to see more. John Wick 3 is a better than average action flick and it meets the standard set by the franchise…. but it’s also likely to leave you as hollow as a few bullet holes.