When the word giallo is dropped in a conversation, the first name to typically come to mind is Dario Argento, likely followed up by Suspiria (1977). While Argento’s masterpiece is inarguably the most famous entry in that beloved sub-genre of Italian cinema, it’s perhaps the least representative gialli, if it belongs there at all.

Truer examples, pioneered by directors Mario Bava, Lucio Fulci, and Sergio Martino, have more in common with pulpy Italian detective novels—the yellow covers of which gave the giallo genre its name (it’s Italian for that colour)—than it does with supernatural horror. These films, equal parts sophistication and sleaze, occupied a cinematic sweet spot halfway between Agatha Christie and Michael Myers. Case in point Aldo Lado’s underrated thriller Who Saw Her Die?, a prototypical giallo that lurks on the precipice of exploitation but never crosses over. 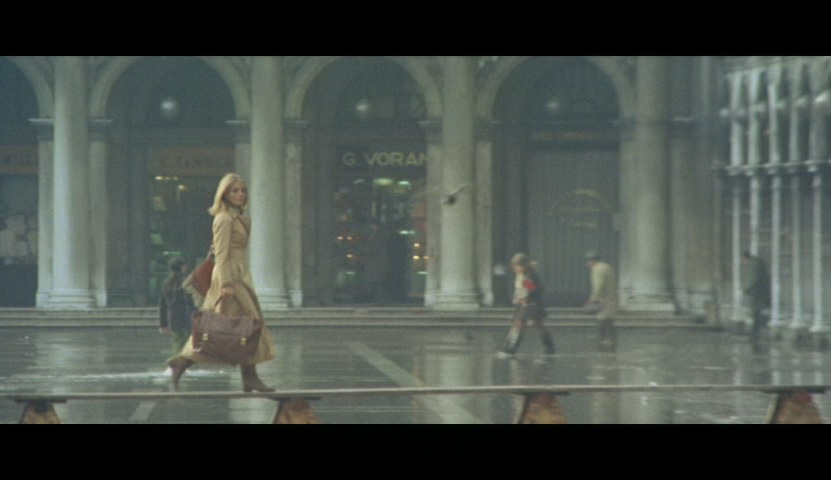 Like Lado’s previous movie, The Short Night of Glass Dolls (1971), this movie is a well-kept secret amongst fans of gialli; a labyrinthine mystery about a man hunting down his daughter’s killer in Venice. The film opens on a young mother and her daughter, Nicole, playing in a snowy hill in Italy. As Nicole sledges down the hill away from her mother, a masked man in the woods pulls her out of view and whacks her over the head with a rock. Before her mother can descend the hill and even begin to grasp what has happened, the killer’s escaped with only Nicole’s corpse to show for it.

As we find out shortly after the opening credits sequence, Nicole and her mother aren’t an isolated incident, and they aren’t our protagonists. Instead, we’re introduced to James Bond himself, George Lazenby, in fine form and sporting a massive moustache. Lazenby’s long been the underdog of Bond actors, having only appeared in On Her Majesty’s Secret Service (1969) but, for my money, he was amongst the best. His performance as 007 was the most vulnerable and nuanced of anybody who’s played the super-spy, past and present. He brings that same emotional range to this role, overcoming a characteristically goofy dubbing job (included on this release, in either Italian or American English, take your pick) to deliver a truly moving turn as a distraught father. The film works so well because of the warmth he displays early in the film prior to his daughter’s murder; these scenes are easily a highlight of the film and add a dimension of emotional investment to the machinations of the plot. 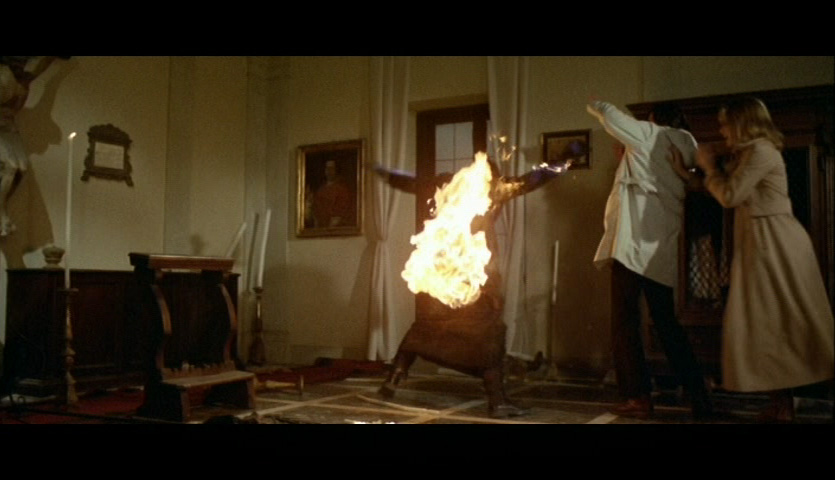 Throughout those twenty-or-so minutes leading up to his daughter Roberta’s death, a near-constant stream of red herrings is paraded in front of us. Who is the predator stalking the children of Venice? Could it have been the family friend who’s taking a little too much interest in Roberta? What about the older man who tells her about astrology and gives her a necklace that matches her astrological sign? Or the man surreptitiously drawing her on his sketchpad in a café? Or could it be my personal favourite, the ping-pong-obsessed eccentric who lives in the woods? All are viable candidates and much of the film is spent cycling through them, trying to establish alibis and evidence.

Like many other gialli, Who Saw Her Die?’s biggest flaw ends up being convolution. By the time we reach the climax, there have been so many false leads, interweaving plot threads, and potential killers that it’s easy to become lost. As a result, it’s easy to become numb to it all by the time the mystery reaches boiling point. Argento streamlined the giallo form and, in the process, eventually diverged from it into his own style with Deep Red (1975) and Suspiria. A film like this makes clear why that was a necessary evolution; it’s frequently brilliant but also too crowded because the material would benefit from simpler treatment. 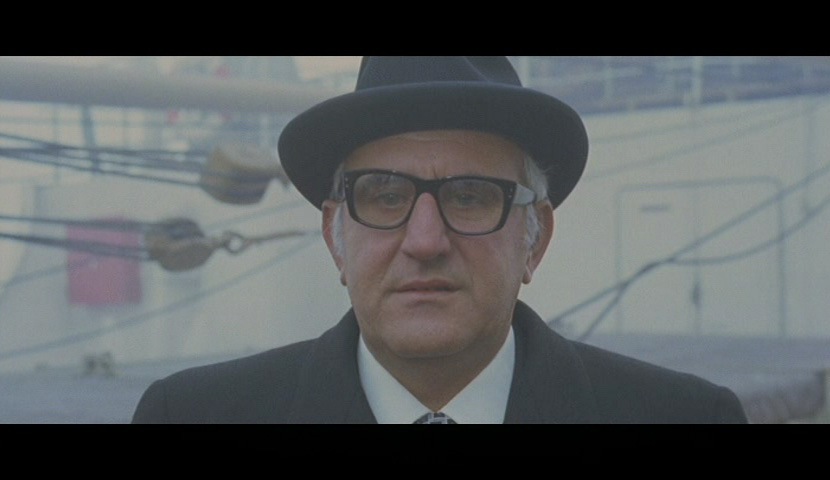 When it’s good, however, it’s great. While the better-known gialli by Argento and Bava are rooted in nightmarish ambiguities or supernatural twists and turns (depending on which films you watch from the auteurs), Lado’s film is restrained and poetic. The film’s composed of moments of quiet beauty amidst all the suspense and intrigue; consider it Hitchcock by way of Ozu. The cinematography and editing are consistently stunning and filled with unconventional choices. An establishing shot of pigeons being fed at golden hour, a bird’s-eye view during a chase scene, and intercutting a murder scene with extreme close-ups of the victim’s mouth and hands instead of the stabbing itself are all decisions that one would expect from an arthouse film, not a horror.

It’s too bad that Who Saw Her Die? was Lado’s last giallo because it shows a clear and mostly unique vision. Coincidentally, Lado did make a film seven years later called The Humanoid (1979), a cheap Star Wars (1977) rip-off co-starring another Bond legend: Richard Kiel, who played Jaws in two of the Roger Moore entries.

If it ultimately feels like an instance of an almost exceptional film that doesn’t quite get there, there’s still much to recommend about it. The performances, dubbing aside, are across the board great, the action rarely lets up, and one noteworthy sequence features a character being dramatically killed not once but seven times and from seven different angles thanks to some repeat shots à la Lethal Weapon (1987). Lado’s film isn’t the best of the bunch when it comes to gialli but it’s a key film in the movement and a worthwhile investment of your time. 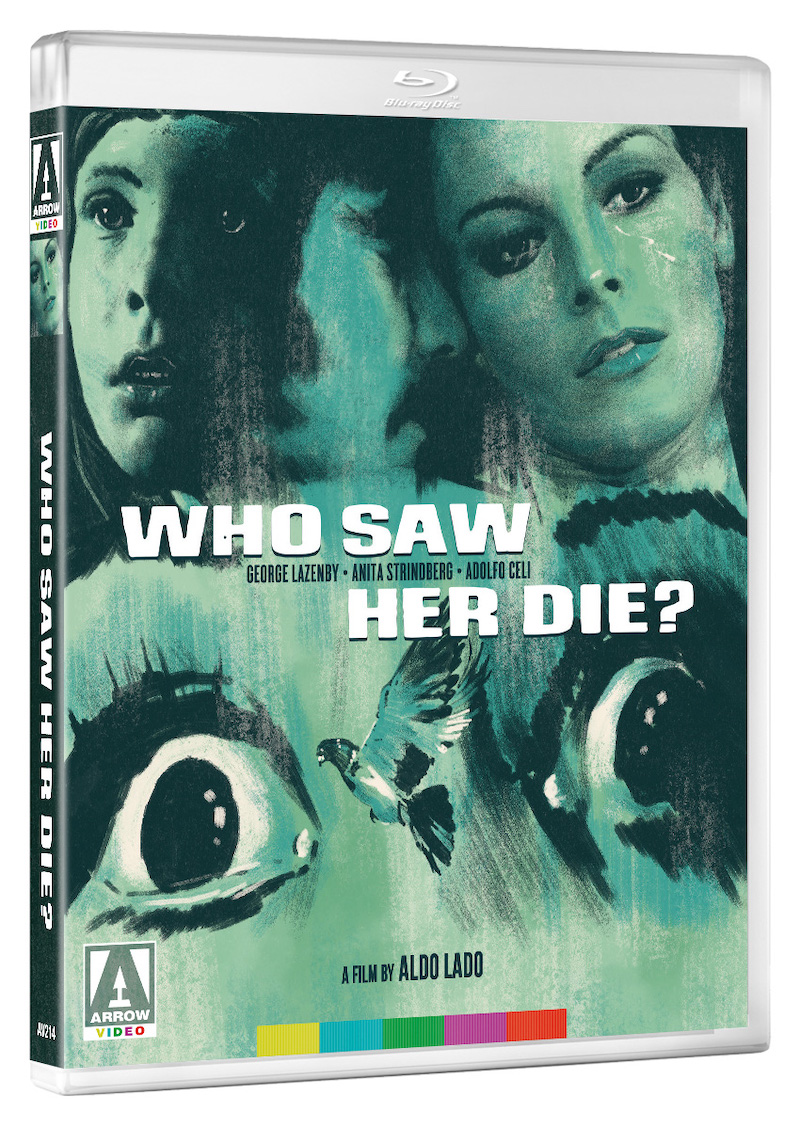