Do we need another adaptation of William Makepeace Thackery’s 1848 novel? There have already been three movies (the last as recent as 2004 with Reese Witherspoon), and no less than four BBC adaptations. On the strength of ITV’s seven-part miniseries, the answer is a surprising yes. This drama was co-financed by Amazon Studios, so feels more expensive than many of the costume dramas a lone UK production company would ordinarily sink money into. Its hedonistic spectacle of the Vauxhall party and sumptuous interior designs are worth tuning in for alone.

Gwyneth Hughes’s adaptation is true to the original prose but has enough of its own fresh touches, so won’t bore those with period drama fatigue. With an anachronistic soundtrack featuring songs from the likes of Kate Bush and Madonna, it’s nowhere near as authentic as ITV’s Victoria, but if you’re looking for a run of the mill period piece then 2018’s Vanity Fair clearly isn’t for you. Michael Palin plays William Makepeace Thackery, the author himself, in an introduction where he informs us his story is about “a world where everyone is striving for what is not worth having.” 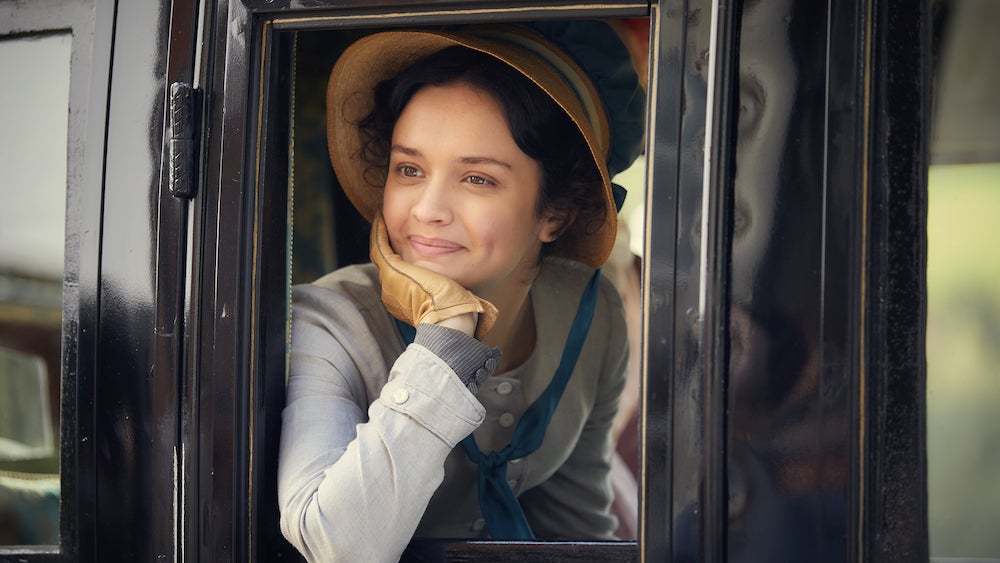 Olivia Cooke (Ready Player One) sparkles as social climber Becky Sharpe, a lowborn orphan struggling with the twin disadvantages of her gender and social standing. Surrounded by simpering morons, Cooke gives the camera sparing glimpses before her performance shifts so she can manipulate the characters around her. Becky is played as a complex woman rebelling against the system, while at the same time profiting from it. There’s something refreshingly likeable about how honest she is in her dogged pursuit of power and influence, and she’s never cruel to those who don’t deserve it.

Martin Clunes (Doc Marten) steals many of the early episodes as Sir Pitt, a curmudgeon of a baron, whose pastime is suing his neighbours and mocking his own family members. Every scene he appears in is a breath of fresh air from the usually uptight period drama performances. I particularly enjoyed when he was caught laughing moments after his wife’s death (in relief at never having to listen to her dull voice again). Frances De La Tour (Rising Damp) also dazzles as Aunt Matilda, whose vast fortune allows her to be as rude and obnoxious as she likes to people. The veteran actress plays this role with as much glee as Diane Rigg does Olenna Tyrell in Game of Thrones. Once those two character’s roles are reduced, later on, they’re sorely missed. 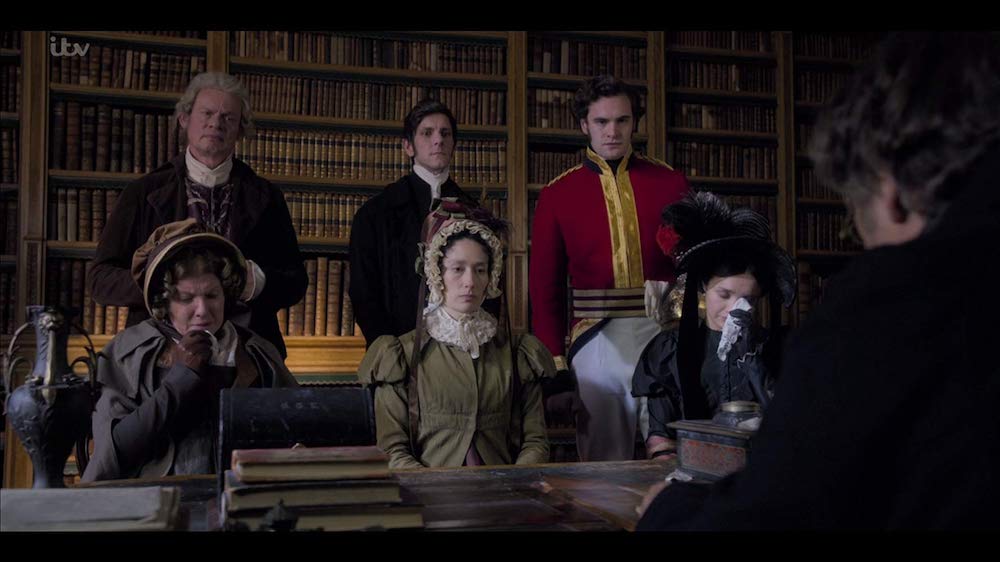 Becky’s primary route to financial security and power is to marry well. Horrified at the prospect of becoming a spinster governess in Hampshire, she makes a frantic play for Joseph Sedley, only to be thwarted by her sweet school friend Amelia’s beau, George. After she wrangles a promotion she sets her sights on the handsome figure of Rawdon (Tom Bateman). No man stands a chance around Becky and her big doe eyes. The male characters are the weakest aspect of the show, however, as none of them is particularly interesting, charismatic, or handsome enough for the beautiful lead. 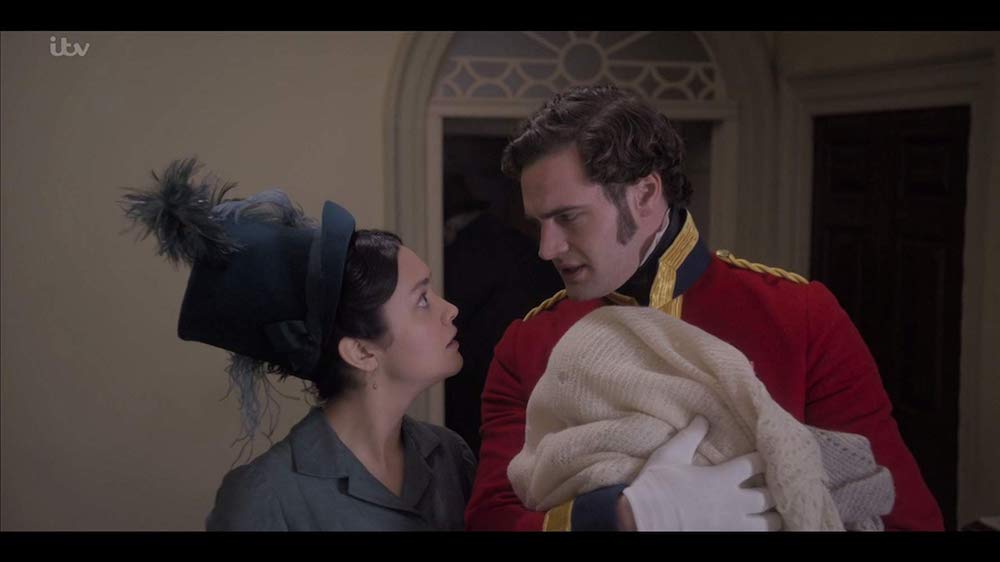 What starts as an unsubstantial and frivolous costume dram ends up being a lot darker than expected, with a lot more to say once the Battle of Waterloo begins. One of the most enamouring aspects of Vanity Fair is the truthful depiction of the era’s social flaws, which one can’t help but compare to our own in the 21st-century.

It’s a shame Vanity Fair was broadcast in direct competition with BBC1’s Bodyguard (the highest-rated UK drama of the last decade) because it’s charming, innovative, and well-acted… if a little too light and frothy in places. While an enjoyable piece of Sunday night TV full of amazing costumes, beautiful settings, and excellent performances, something does ring a little hollow about it. It’s a show you’ll enjoy watching, laughing aloud at the pithy social commentary, but once it’s over you’ll reflect on Vanity Fair with more coldness than ITV would have hoped for.

DOCTOR WHO – ‘The Return of Doctor Mysterio’