A Star Is Born is one of the best films of the year so far. It’ll definitely be nominated for a couple of Academy Awards (and probably a Grammy), and its stars are most definitely born and ready to soar. So why does it feel like it’s lacking just the tiniest bit of something special, then?

Maybe its because the time-worn plot, reworked for 2018, has to juggle sky-high expectations because of the previous starry adaptations. Most people will go into this movie knowing it’s a remake and pop star Lady Gaga’s movie debut, so they’ll expect something spectacular or terrible. The ‘fading rock star discovering a new talent, whom he then weds, before losing his battle with addiction’ plot is one that requires a deft hand to execute effectively. The chance audiences will become bored, or compare it negatively to the other versions, are very high. 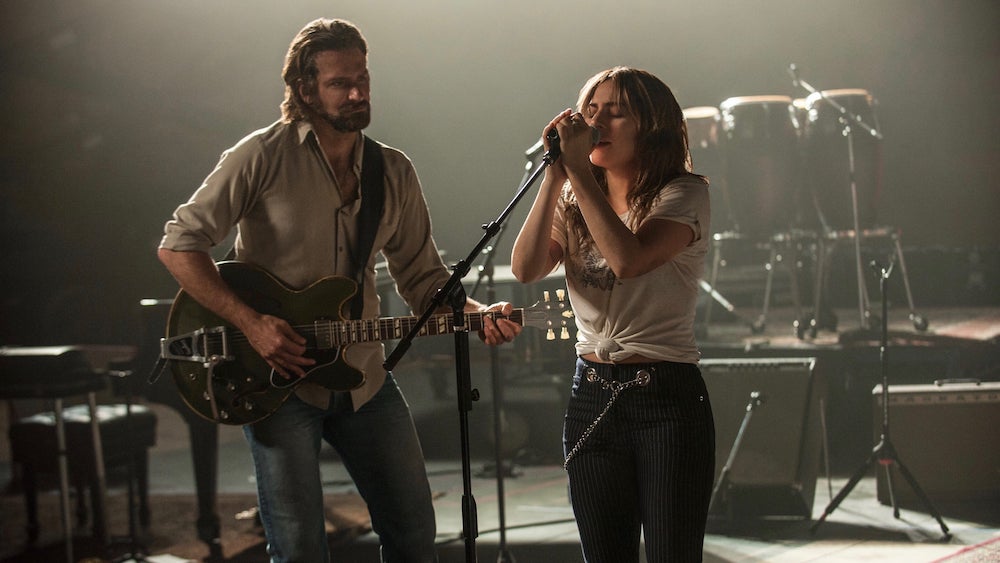 How does the plot fare? Well, the second half is noticeably messier than the first. Maybe it’s partly the need to keep the movie within a normal runtime, as many scenes that would’ve contributed to building the character in the second half are omitted.

Are these problems that an audience would notice, though? Not especially. Bradley Cooper (also taking on directorial duty for the first time), is a steady leader, and any quibbles don’t detract from the fact that A Star Is Born is a triumph. All the essential beats are hit, but changed just enough to stay fresh: from the character’s first meeting at a drag show, to the reverse mirroring of Gaga’s career trajectory, to the inclusion of key secondary characters, the latest version of A Star Is Born ensures audiences already familiar with the story are kept on their toes. 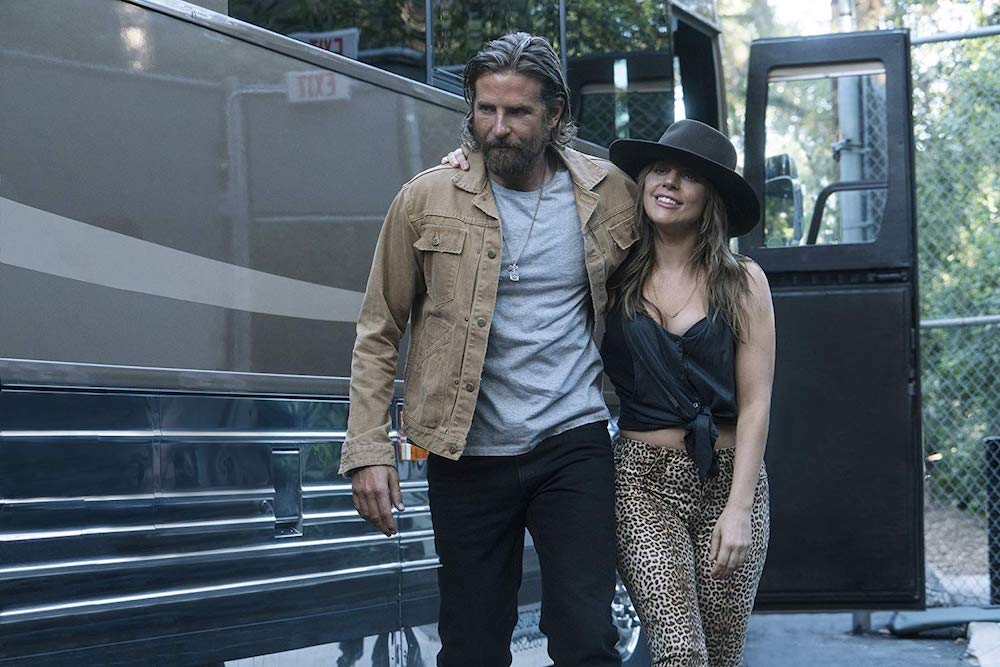 Kudos has to be given to Cooper, who produces an impressively-controlled piece of art. From the opening, as the camera follows Cooper’s Jackson Maine onto a stage for a performance, you can tell how well-crafted this production is. The camera tingles with excitement and you feel the roar of the crowd through the screen. The cinematography is also beautiful, bathing the movie in a warm glow that lends itself well to the large concert scenes as well as the many intimate close-ups Cooper uses.

Cooper’s experience as an actor has helped, as his clear strength as a director is his ability to bring out the best in his cast. Entire scenes and backstories are told visually through the eyes and behaviour of the characters, and it works very well. This is most clearly seen when Sam Elliot’s Bobby drives away from Jackson, eyes glistening, in the second half of the movie. You just know, no exposition necessary, how the character is feeling. 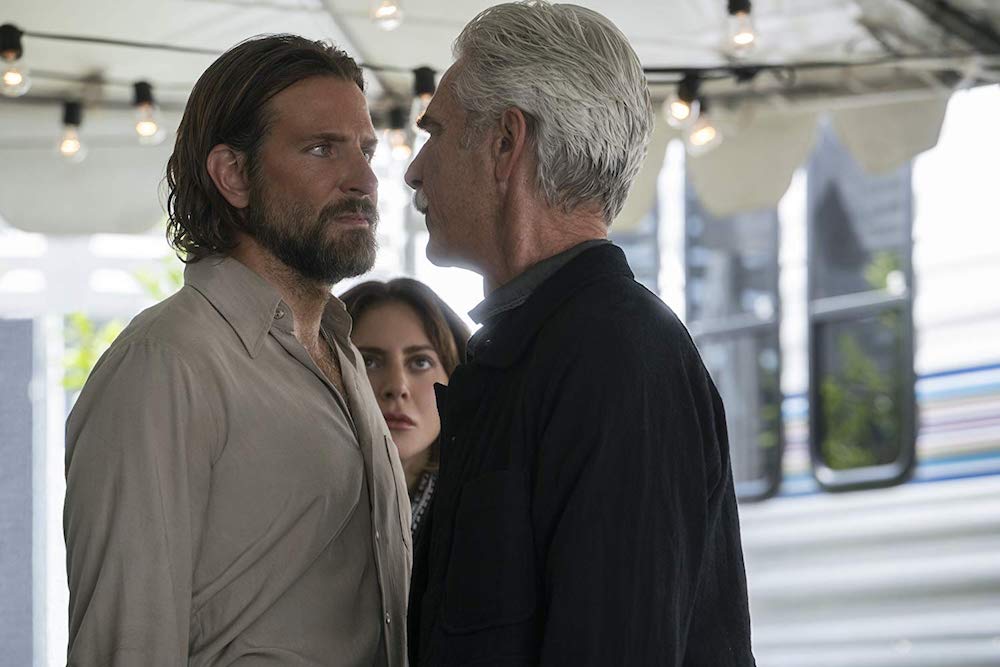 Lady Gaga also nails the lead role of Ally. It isn’t a stretch to say that she’s a revelation. We know she can sing the roof off a building, and here she proves she’s also no slouch when it comes to acting. Her character is put through the wringer, many times while in mid-song, and she manages to make it look as if she was ironically born for it. Cooper makes for a worthy co-star, too, completely dissolving into his character; so much so that your surprise at his spectacular singing voice is quickly dismissed. As a pair, the two of them elevate each other on camera, and you feel the love emanating between them. In fact, the entire cast is excellent and many put in career-defining performances, especially Sam Elliot and Andrew Dice Clay.

The music, obviously an essential part of A Star Is Born, was recorded live and much of it even written during the filming. This could have been chaos on a technical level, but the soundtrack smartly follows the journey of the characters and it’s just another tool that Cooper uses for his storytelling. Often, he just allows the entire song to be performed with the lyrics taking the place of speech. He’s lucky, then, to have had collaborators such as Lukas Nelson (whose band is Jackson Maine’s backing band), Mark Ronson, and Lady Gaga herself on hand, who ensured the music is as big of a character as the actors. At some points, the soundtrack does sound slightly over-produced, making it hard to believe it’s a live performance, but that doesn’t take away from one’s enjoyment. 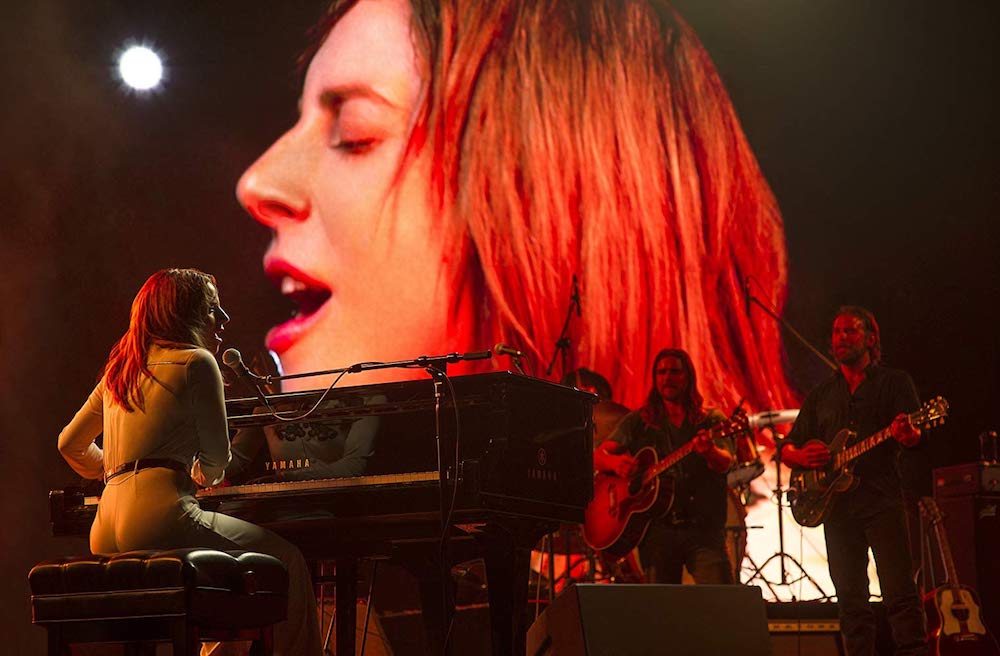 Just as the soundtrack straddles a few genres, the film does too. It’s a romantic drama as well as a tragedy, with a payoff that seems featherlight for the events that transpire. While the core message seems to be the importance of choosing authenticity over fame, its commentary on addiction sticks with you long after the film’s end. What are the roles of our partners in managing addiction? What were Ally’s choices, and what other choices were there to make? What should we take away from this film?

The fact that the movie doesn’t prescribe answers might be considered frustrating because it doesn’t tie everything up in a nice bow. For a film aimed at a mass audience, that’s a huge risk, but it is also part of the reason that the film continues to play in my head a week after seeing it. I keep wondering what else could have happened, and how it could have happened.

A Star Is Born has struck the same chords La La Land (2016) did: the music, the stars, and the story have all aligned for it. Audiences and critics are going to love it.