How you feel about series 2 of Poldark almost certainly comes down to how you feel about that scene. You know the one. The moment in episode 8 where our hero, Captain Ross Poldark (Aidan Turner), rides late at night to newly widowed former girlfriend Elizabeth (Heida Reid), kicks down the door to her bedroom and, over her protests, has his wicked way with her.

Even phrasing it like that raises issues. After the episode aired there was considerable debate about whether the scene showed sex between two consenting adults or rape. Was the dashing Poldark no longer a straight-talking, scythe-wielding hero, but something darker and altogether more domineering? And if so where would the show go from here? 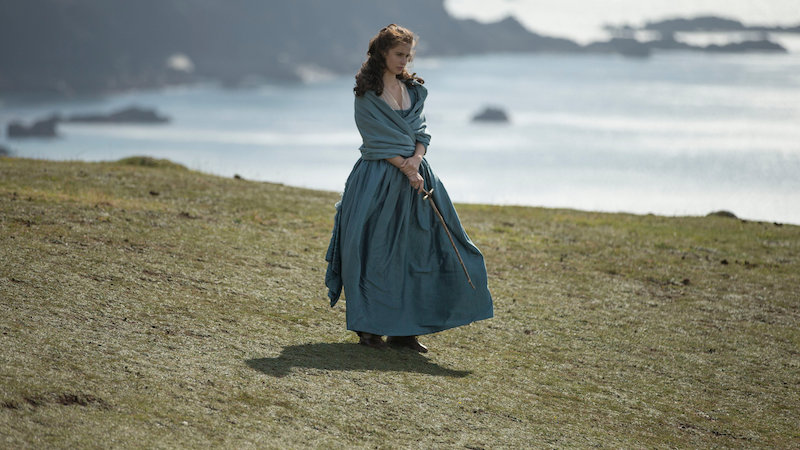 Thankfully, answers were swift in coming. The show’s creator, Debbie Horsfield, and the two actors involved, immediately stressed that the scene wasn’t meant to be taken as non-consensual–with Horsfield pointing out that Andrew Graham, the son of Winston Graham (author of the source novels), felt it was true to his father’s intentions. Notably, Graham cut away after Ross carried Elizabeth to the bed and had her remember their night fondly. Also notably, there are other rapes in the Poldark books and Graham labels them as such.

It’s true, too, that Poldark operates in a very specific tradition. It’s an overstuffed historical saga; all lingering glances and passionate speeches, and riding horses over moors and cliffs to tell the person you love how you really feel. “I’m fierce and proud and steadfast and true,” announces Demelza (Eleanor Tomlinson) during the final episode of this series, and it’s to Horsfield’s credit that we don’t roll around laughing but instead cheer the show’s heroine for her strength of character and willingness to stand her ground. 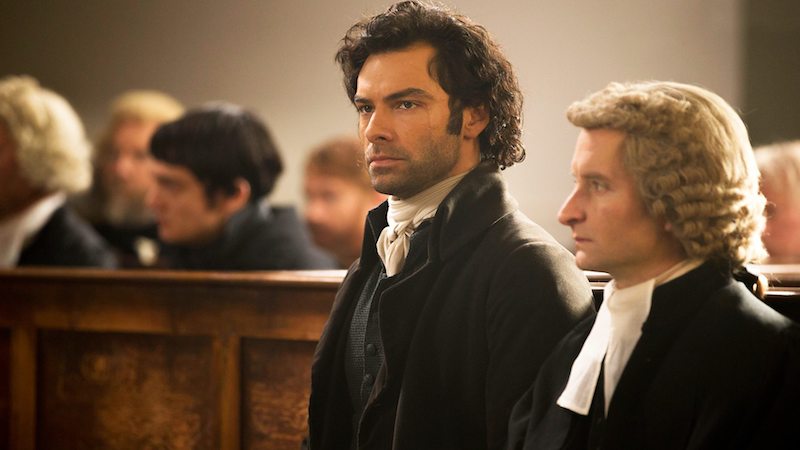 For Poldark is, at heart, an old-fashioned bodice-ripper. And I want to make quite clear here that I do not mean that in a derogatory way. Sometimes there’s nothing better than a TV drama where every character is constantly one misplaced word away from a riotous brawl or a passionate kiss. In that context, the scene between Ross and Elizabeth is just another moment of heightened emotion, of tempestuous men and the fierce women they love. It might not play entirely comfortably with modern sensibilities but it’s absolutely true to its genre and tone.

It’s also worth noting how Horsfield dealt with the aftermath of Ross and Elizabeth’s meeting. The final three episodes of this second series were easily the strongest, as Demelza rightly assumed centre stage, decking Ross with one perfectly aimed punch, taking to her bed to taunt him, heading off to flirt with army officers, and dance the night away, resisting all his self-serving platitudes before finally taking him back very much on her own terms. Was she right to do so? The jury remains out on that but two things are clear: Demelza Poldark is the most heroic person on this show and Tomlinson’s performance was perfectly pitched. 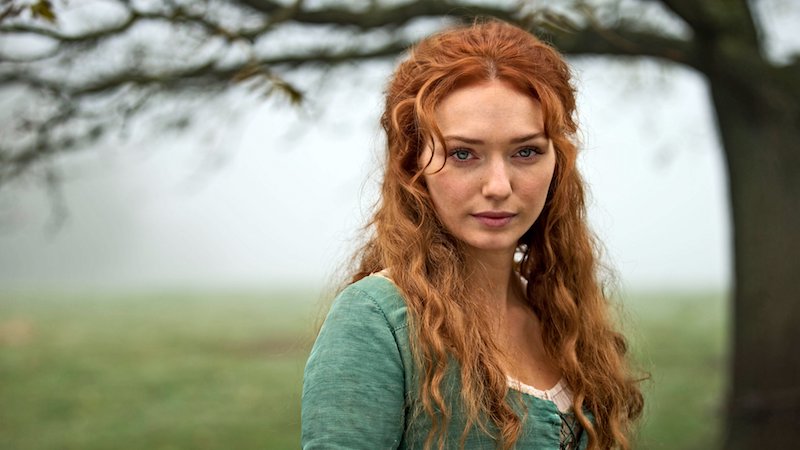 As for Ross, his halo is a little dented. “I have been guilty of spectacular idiocy,” he noted in the final episode, to which the only realistic response was ‘yes, Ross, you have and it doesn’t entirely look as though you’ve learned your lesson either, for all that heartfelt attempt to make amends’. That said, it would be a mistake to send him down the true anti-hero route. Firstly, the show already has an excellent villain in George Warleggan (Jack Farthing); secondly, Poldark works in part because we can generally rely on Ross to do the right thing despite some wrong-headed moments. It was, however, interesting to see some of the shine come off. Ross might still be protector of the poor and supporter of the working man, but he is also stubborn, proud, and frequently idiotic, and Turner did a great job showing us just how easy it is to throw the best things about your life away simply because you harbour a dream of what might have been.

He wasn’t the only one doing fine work with occasionally iffy material. Farthing continues to impress as the oleaginous George, a man desperately in need of a mustache to twirl; Ruby Bentall was affecting as the heavily pregnant Verity;  Kyle Soller was desperately moving as poor lost Francis; while Beatie Edney and Phil Davis continued to ham it up to perfection as Prudie and Jud Paynter. Indeed, if the show has a weak link (and it does) it’s Reed’s wan Elizabeth, who fails to convince either as a woman desperately scrabbling for her place in the world and prepared to marry money to hold on to it, or as the object of countless men’s affections. 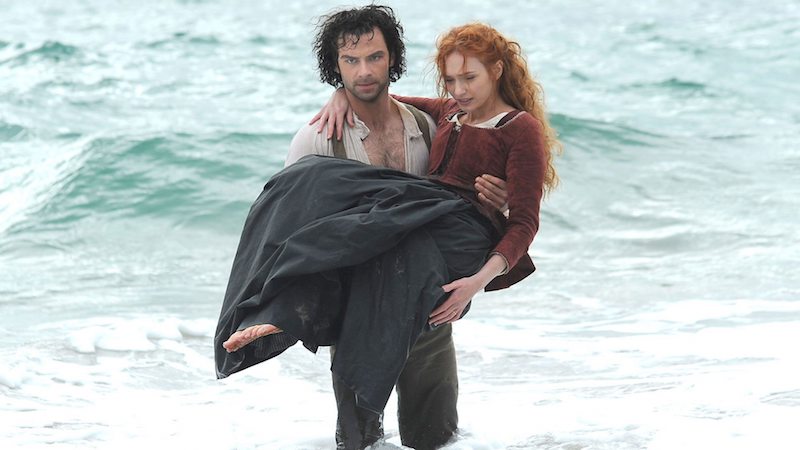 It’s also true that the pacing of series 2 wasn’t perfect. The first third moved slightly too slowly, before picking up pace with Francis’s tragic death in episode 5. (Poor Francis–so desperate to be a good man, so constantly filled with self-doubt, so unlucky and so typical that he’d never learned to swim.) From there on, though, it was pretty much flat out to the finishing line, with Elizabeth’s swift rebound on to George, Ross’s fury, the subsequent scene of great controversy, Demelza’s revenge and an action-packed finale that saw Elizabeth begin to realise she’d just made a bargain with the devil even as the always astute Aunt Agnes pointed out that the new Mrs. Warleggan might not be about to have a mini-George after all.

Away from the main event, there was also a touching subplot involving Gabriella Wilde’s pug-loving heiress Caroline Penvenan, and dashing doctor Dwight Enys (Luke Norris), who loved and lost and loved and possibly lost again, plus the obligatory smuggling on the side and the long-awaited success of the mine. (Again all credit to Turner who even managed to sell a line as clunky as “against all odds, we struck tin!”)

Yet, ultimately, Poldark series 2 worked for the same reason the first did: we root for the central pairing, dodgy bedroom scenes, arrogant assumptions, and all. We want Ross and Demelza to make it through the stresses and the traumas, to ride once more across those moors or stand together on the top of the Cornish cliffs staring mournfully out at the crashing waves. That’s the real secret to Poldark’s success. It will never win any awards for subtlety, but it remains among the most purely enjoyable dramas on television: a gloriously over-ripe slice of hokum and the perfect comfort viewing as the dark winter nights draw in.