Something’s gone wrong with the women of Los Angeles. Like most film versions of L.A, the city is filled with blandly attractive and superficially pliable women, aged 18–25, looking to make it big doing something nondescript. David Robert Mitchell’s vision of the City of Angels is a timeless place where women dress like Warhol’s Factory Girls and everyone listens to 1990s alt-rock. 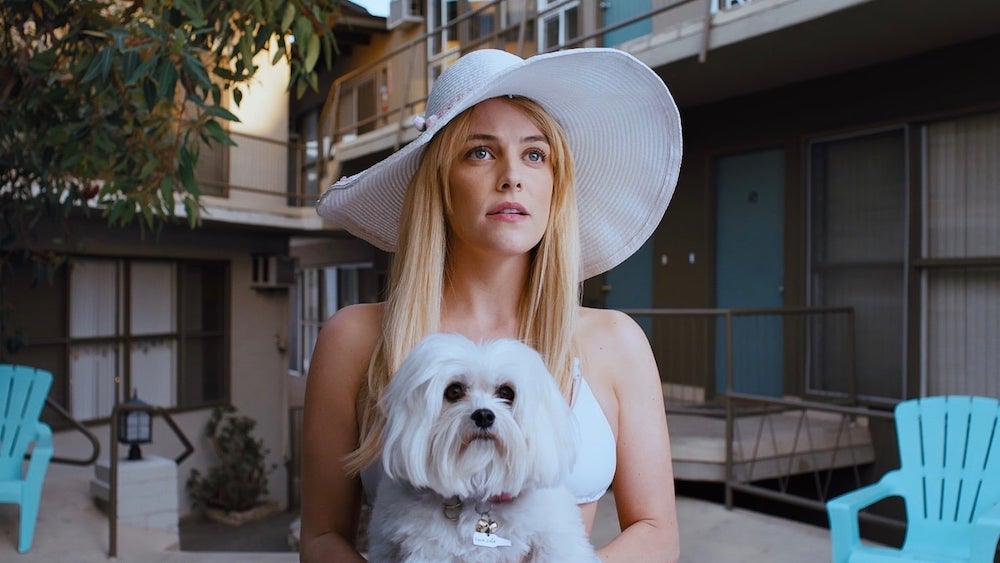 Sam’s adventure begins when his Hitchcockian blonde neighbour Sarah (Riley Keough) disappears. While he barely knows her, he becomes obsessed with figuring out the mystery behind her suddenly empty apartment. His quest comes to involve girl gangs (led by Zosia Mamet), the simultaneous disappearance of a billionaire mogul, a menacing dog killer, and a cultish Goth band. These subplots are heavily indebted to the works of Thomas Pynchon and David Lynch, but Under the Silver Lake tries too hard to be reminiscent of those auteurs and forgets becoming its own thing. Some mysteries will remain mysteries in Mitchell’s hands. The questions that arise aren’t always things the story wants to explain, as Sam is really looking for an answer to life’s bigger questions beneath the surface.

Sam is obsessed with a magazine called ‘Under the Silver Lake’, which reveals the sordid events his neighbourhood was built on. When he hunts out the author, he finds that recluse Milo (Mad Men’s Patrick Fischler) is obsessed with L.A’s conspiracies, believing he holds the clues to finding buried bodies. From this moment the plot spins into a dozen different yarns involving a prostitution ring, a balloon performance artist (Grace Van Patten), and a pop music mastermind. Not even the best director could do justice to everything this script throws up. 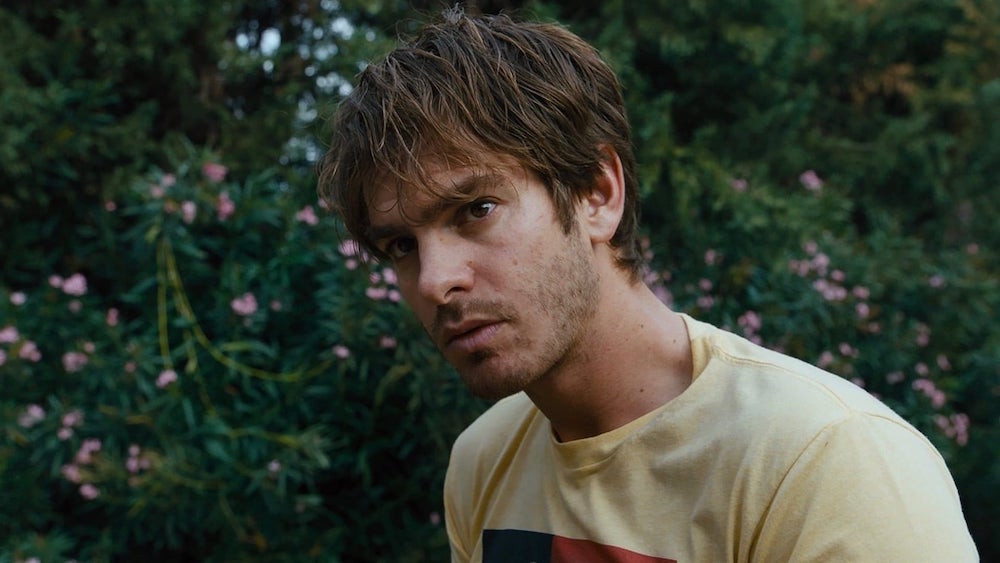 The scene where Sam’s led to the home of ‘The Songwriter’ (Jeremy Bobb), who turns out to be the secret mastermind behind all pop music since the dawn of counterculture, is a rare highlight in a clunky collection of fever-dream sequences. The bizarre idea that one man wrote every song, including “Smells Like Teen Spirit”, is an interesting take on the idea that teenage rebellion has always been a product to be marketed. Although a gem of a left-field idea, Mitchell doesn’t know what to do with this bold statement and he sure doesn’t know how to incorporate it into the bigger picture here.

Under the Silver Lake also struggles in the #MeToo era. It aims to be a critique of pop-culture obsessed misogynistic men but ends up validating their viewpoint. Mitchell’s breakout hit, It Follows (2014), was praised for being an intelligent horror that touched on gentrification, sexually transmitted diseases, and the psychological effects of casual sex. So it’s even more of a shame Under the Silver Lake portrays women in such a terrible way. 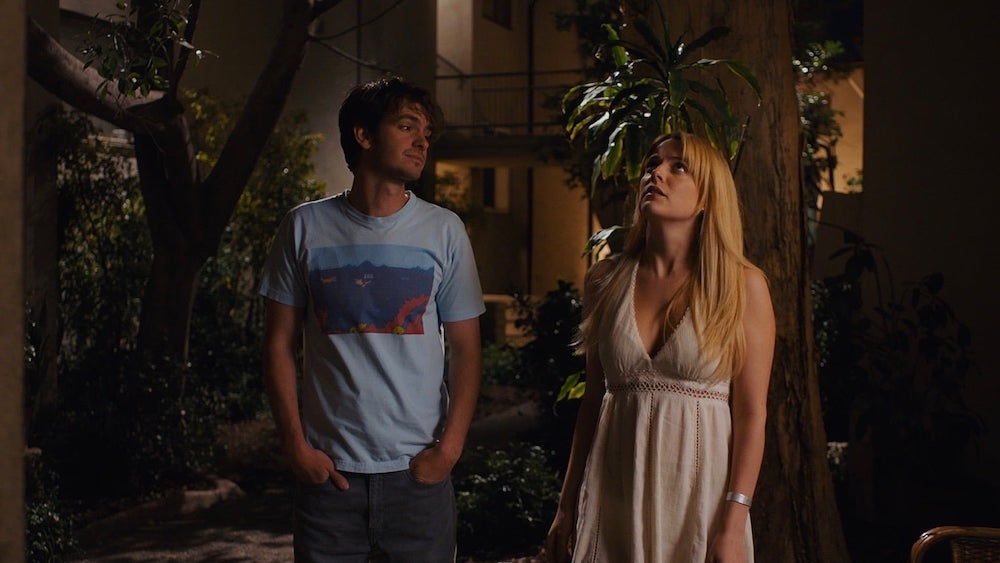 Sam’s sometimes girlfriend (Rikki Lindhome) wears an array of sexy costumes; if she chooses to get dressed at all. Sarah gets few lines but mostly giggles like an Instagram-ready Marilyn Monroe, her only character trait being that she’s vulnerable for owning a dog during a terrible spate of canine murders. The women of Los Angeles here are male fantasies; pleasing to the eye, with little to say for themselves, and with no purpose other than to give the male protagonist a purpose. The film’s brazen sexism, teamed with its crass conspiracy theories, feels like every bad sub-Reddit combined. The film criticises Sam’s actions but also seems to indulge in the same behaviour it shames; behaviour that threatens and endangers people, being played like a character quirk.

More than once in Under the Silver Lake, we see Sam move away at the end of the scene to reveal the name of a celebrity’s been hiding in plain sight, engraved in a table or a tombstone. Whole scenes from Rear Window (1954), Jaws (1976), and Something’s Gotta Give (2003) are recreated, but the line of between what’s a homage or just lazy filmmaking becomes fuzzy. David Robert Mitchell wants you to know that he knew this has all been done before.

Technically, it’s hard to believe this film shares creative DNA with It Follows. Composer Richard Vreeland (aka Disasterpiece) gave that 2014 horror a dark, pulsating, synth-influenced soundtrack, but here he opts for an Alfred Newman-style orchestral score. The music wants to heighten the story’s sense of chronological displacement and add to the surreal atmosphere, but it becomes a hammer to remind audiences this is a movie about movies. 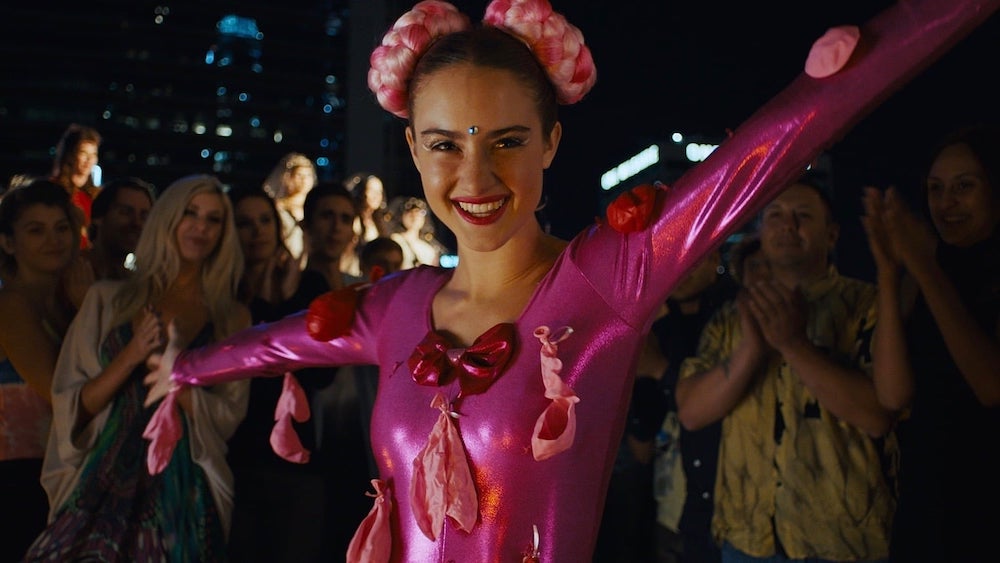 David Robert Mitchell’s film achieves the down-the-rabbit-hole version of Los Angeles he wanted it to, as it’s dark and it’s disturbing with no fixed references to when it’s set. This sounds like an exciting homage to films you’ve loved before but, in truth, it’s boring, shallow, and tedious. Under the Silver Lake is a narrative mess, in desperate need of the 139-minute runtime being cut down considerably. It stretches out the anticlimactic ending for so long it almost becomes a crime against cinema.

This film longs to make a statement but barely makes a whimper. Mitchell’s follow up to It Follows feels like a cautionary tale of what happens when a director is hot enough to get anything made. But this is no Mulholland Drive (2001). In fact, it’s not even an Inherent Vice (2014). It’s very reminiscent of what happened to director Richard Kelly when he followed cult favourite Donnie Darko (2001) with the ambitious but convoluted Southland Tales (2006) and singlehandedly ended his promising career. If Under the Silver Lake aimed to leave audiences baffled, it succeeds. It’s an uneven tale of dream-like ideas, barely pinned to something one might generously call a plot. When you’re making a film with this much self-importance it’s vital that audiences buy into its internal logic, but Under the Silver Lake fails on all levels.