We were firmly in David Lynch territory this week on True Detective, as a blue-lit dream sequence paid direct homage to Twin Peaks; with Ray Velcoro (Colin Farrell) hovering unconscious on the floor, having an existential dream conversation with his father (Fred Ward), who also turns out to have been a cop. And almost certainly not a very good one, if his later explanation about why he left L.A for Vinci is anything to go by.

Ray’s ultimate survival turned out to be down to the judicial use of riot bullets rather than the real thing; a development that hinted at a possible police cover-up, in addition to leaving our droopy-moustache’d man with one hell of a stomach-ache. 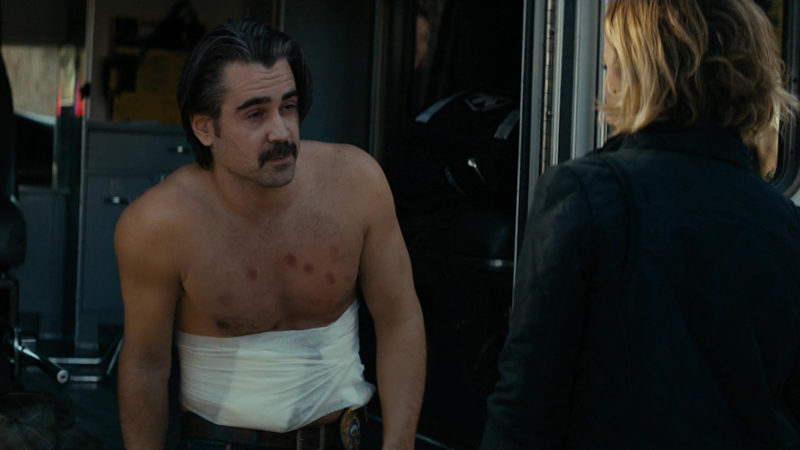 Do you want to live?

That said, the jury remains out about how happy Ray feels about living to fight another day—after all, its not as though his life, as it stands, is much to write home about: he’s set to lose custody of his son, he’s being investigated for corruption by the state department, and he’s been assigned an impossible case which he’s clearly not meant to solve. No wonder he tried to get himself taken off the Caspere murder investigation, astutely noting that “it’s not as though I’ve ever been Columbo.”

True dat Ray; but on the other hand you do an excellent job of suggesting that life as a Vinci detective is one long descent through Dante’s circles of hell. And while part of me does feel that Ray’s survival is a bit of a cop out—it would have been a bold move to kill off the nominal lead that early on—it’s also the case that Colin Farrell has been superlative in the role. In other hands Ray would be little more than a thuggish stereotype, but Farrell imbues the part with such vulnerability that you can’t help but root for this man, even though he’s barely human at the core.

It’s also true that Ray’s survival was the key to kick-starting a number of plot developments this week, as Nic Pizzolatto shifted things up a gear, hinting at wide-scale level of corruption involving everyone from the mayor to a Hollywood film crew. As to what exactly is going on—I’m not really sure. On the most straight-forward level the state are gunning for Vinci, and Ray in particular, while Mayor Chessani now wants to bring Ani (Rachel McAdams) down. As to the original murder case: Caspere clearly attended sex parties, which were almost certainly organised by the mayor’s brash son, but there’s also the suggestion that the Vinci police are involved. (The arrival of the excellent James Frain as a Vinci detective who was on the scene of Velcoro’s shooting, very swiftly indeed, can only spell trouble.) Not to mention the Hollywood crew, and whoever tried to run Ani down, and then a whole different strand involving Frank’s (Vince Vaughn) company and the anonymous troublemaker trying to bring him down. I’m sure everything will turn out to be somehow connected but it’s truly making my head hurt trying to work out how. 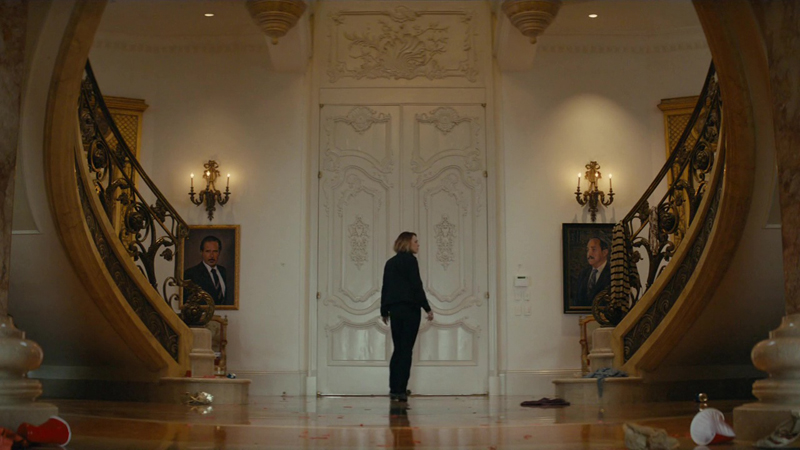 There is no part of my life not overrun with live or die importance.

Still, at least my head isn’t as sore as Danny Santos’s mouth following his brief and bloody encounter with a pushed-beyond-his-limits Frank Semyon. (Although I feel honour-bound to point out this was only the second most gruesome teeth removal scene I’ve watched recently; the first being the graphic Sabini/Tommy Shelby extraction in Peaky Blinders). Still I felt an odd sympathy for Frank—if anything’s guaranteed to make a man feel somewhat impotent it’s combining fertility testing with battling to keep your empire alive. No wonder the usually slick crime boss lost it this week, demanding “who’s coming after me?”, glowering at countless subordinates, shoulder-charging a passing Paul Woodrugh, attempting a little light extortion, and finally giving in to his most primal desires and beating the living hell out of Santos. I’m not entirely convinced it’s the best way for to solve the case, but then again I’m also completely in the dark as to who’s gunning for Frank—is it, as he thinks, Russian crime boss Osip, wonderfully described as “part anaconda, part great white shark”, and played by the fantastic Timothy V Murphy, late of Sons of Anarchy? Or is that too obvious—after all even Osip said “I don’t make the decisions alone”… 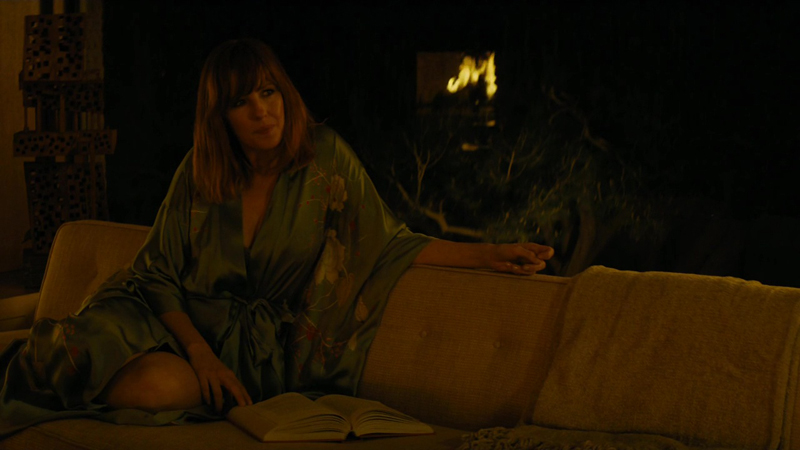 Booze tends to take the edge off. I want to stay angry.

Ani’s dismissal of her former lover was a good shot at the title, but clearly the only winner could be Frank, who retains his crown for the second week in a row after his amateur dental work.

What do you think? Is this case starting to get interesting, or does it remain altogether too murky for words? Is Frank facing Russian muscle or something more dangerous, possibly from within? And whose dental extraction technique do you think is better: Frank Semyon or Darby Sabini?