After last week featured a few sloppy moments creeping in, episode four tightened things up brilliantly, pulling several of the show’s strands together and perfectly judging the slow-drip of answers and reveals. Leo (Colin Morgan) and Max (Ivanno Jeremiah) have been the least compelling aspect of Humans thus far, but here they finally cross paths with some of the other characters, and they’re instantly more interesting as a result. Their first encounter is with young Mattie (Lucy Carless), who soon outsmarts them like she does most people, but it’s their meeting with Dr. George Millican (William Hurt) that’s really fascinating.

Meeting Millican to try and make sense of some executable code hidden in Mia’s programming, Leo discovers what appears to be another hint of the flashbacks that we’ve seen Anita/Mia experiencing, and it’s a scene that also reveals more about who/what the mysterious Leo is. It turns out that Leo’s the son of David Elster, the scientist who worked with George to help develop Synths in the first place, until David’s research began to run in a worrying direction and George opted out. Only, according to George, David Elster’s son died… so just who or what is Leo? A Synth version that David made of his son? But then, why the red blood, rather than blue? Seems more likely that whatever tragedy befell young Leo, his father augmented him with Synth technology. This ought to lead to some fascinating loyalty conflicts. If Leo’s not quite human and not quite synth, then… what is he? 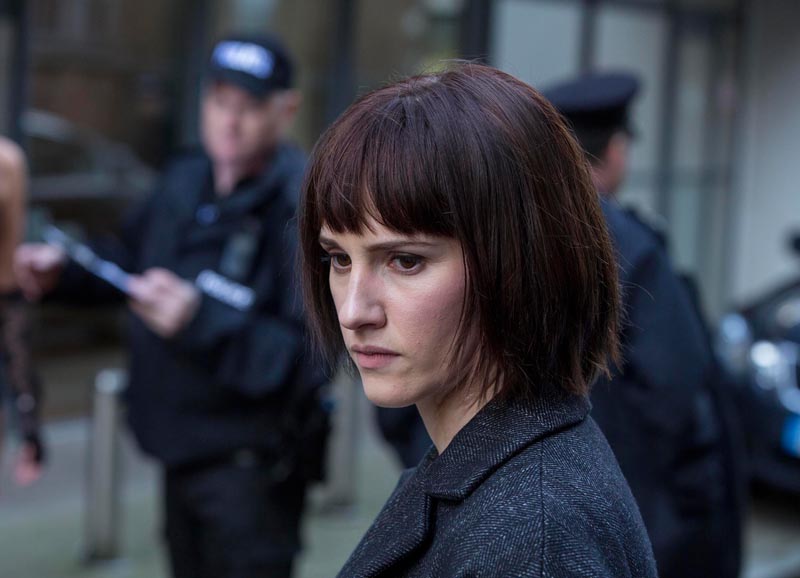 In the Hawkins household, tension between Joe (Tim Goddman-Hill) and Laura (Katherine Parkinson) continued to simmer, leading to a scene that the show’s been teasing for a while, and that was completely worth the wait. Somewhat intoxicated and driven to distraction by Laura’s distance, Joe finally succumbed and activatesd Anita (Gemma Chan)’s “over 18” setting and had sex with her. But there was nothing sexy about it. It’s a weird, masturbatory act; one where you feel the self-loathing pouring off him even during their uncomfortable copulation, in which—more than usual—she’s very easy to view as a passive object; an inanimate thing, not a person. Much like his inspection of Anita last week, there’s nothing sexualised about any of this development. Characters in Humans may treat the Synths as sexual objects, but the show never does.

There are more sexual goings on at the party the Hawkins teens attend, with Toby (Theo Stevenson) somewhat implausibly turning down a real-life girl in favour of chasing Anita. (Like father like son, eh?)

Mattie, meanwhile, steps in to shut down a bunch of lads looking to abuse another female Synth, in a date-rape analogy, and her chastisement of them is bang on. Mattie is increasingly one of the show’s best characters, and Lucy Carless continues to do great work, completely avoiding the trap of becoming the annoying teenager that shows like this are so often lumbered with.

Toby and Mattie’s experiences at the party with regards to sex and Synths are even more starkly resonant given our knowledge of what their dad was doing with Anita that same night, and Humans‘ quiet complexity continues to impress.

Elsewhere, it’s a mixed week for Drummond (Neil Maskell), who was kicked out his home by wife Jill (Jill Halfpenny), but managed to make a deal with the reporter he attacked last week, getting himself reinstated to his job. Maskell continues to overplay things when his character gets het up and angry, but proves much better at playing Drummond’s sense of resigned impotence. “I am an analogue man in a digital age. I am redundant”, he laments, conveying both one of the show’s major themes, and the frustration of anyone over a certain age that struggles to unlock an iPhone. 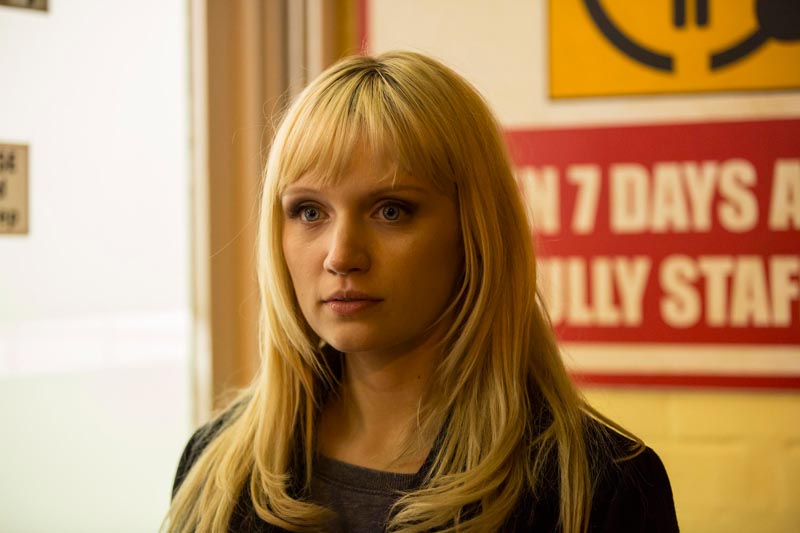 As for Niska (Emily Berrington), she continues to maraud around town, seeking out injustice and righting wrongs, like a demented android superhero. She stumbled upon a “smash club”, organised by the WAP (We Are People) movement, which sees humans paying a fee to batter defenceless Synths into a piles of twitching parts As well as providing a better action sequence than the series managed last week, the introduction of the WAP continues the Synth-as-immigrant analogy. The WAP are every bit a mirror-version of racist organisations like the EDL, with their vitriol turned towards Synths rather than foreigners. While the parallel here is taken to extremes—hopefully nothing like this exists in the real world—the line drawn between real life and the world of Humans continues to reflect many of society’s more reprehensible leanings back at us.

At the mid-point in this sci-fi drama’s run, Humans is proceeding very well. The melancholy vibe of the show creates a rather unique atmosphere, one that’s recognisably its own. The show has done well to mark itself out with a distinct style so quickly, and a lot of it is due to the ethereal score.

The episode ended on an unexpected twist, too, s DI Karen Voss (Ruth Bradley, as Drummond’s partner) is revealed to be a Synth. The moment when she throws back her jaw and removes a condom full of wine and food from the course of the evening (thus maintaining the illusion that she needs human sustenance) is a supremely effective moment of body-horror. But just who is she? Who made her, and why? She’s just become Humans‘ biggest wildcard. And while this moment works well, the show really only gets one of these ‘and they were a synth all along!’ moments. Any more and it risks devolving into a tedious Mission Impossible-style mask-pulling farce. You hear, that, Humans? You get one of those…