Folk in the 1950s feared science, as we’d reached a time when self-extinction through nuclear weapons was possible, so cinema stepped in with reminders that science might save us as well. For every giant mutated insect, there was a plucky scientist able to defeat it. This positivity resurfaced during the 1990s revival of monster movies—The Relic (1997), Mimic (1997), and Virus (1999)—which not only updated the science but the military muscle. Jurassic Park (1993) cleverly commentated on this story structure as the leads explicitly scrutinise the gross mishandling of science for the sake of entertainment. But three years earlier, a far smaller monster movie had taken the opposite approach…

Tremors follows best friends Valentine ‘Val’ McKee (Kevin Bacon) and Earl Bassett (Fred Ward), down-on-their-luck handymen determined to get the hell out of their hometown of Perfection, Nevada. But after discovering a string of grisly dead bodies, the friends soon realise that subterranean creatures are making a beeline for where they live… so do everything they can to prevent a bloodbath. 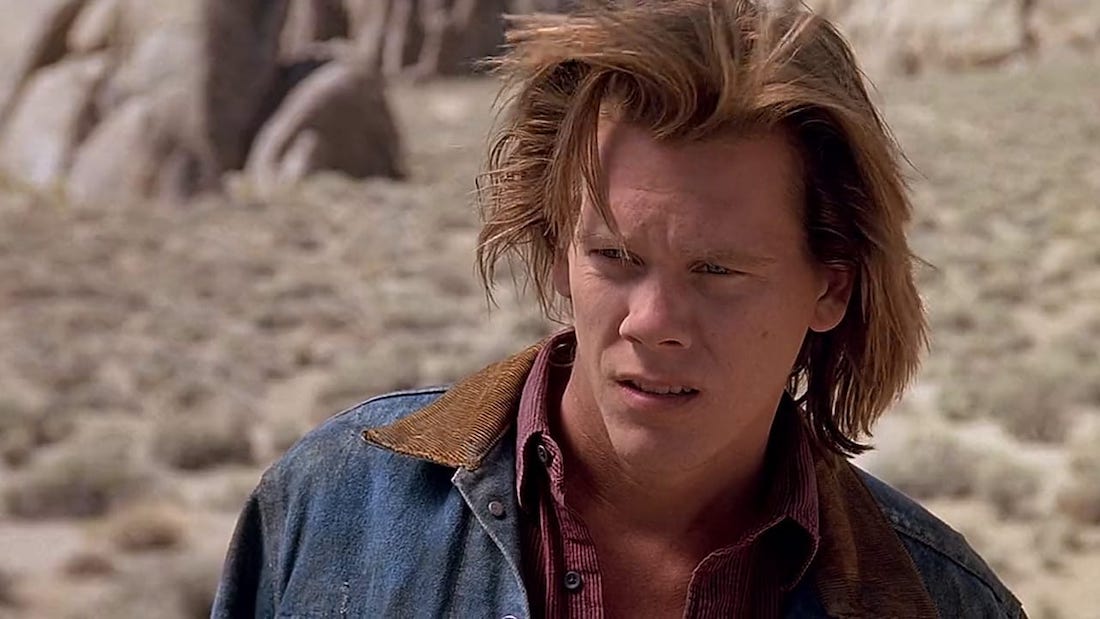 The streaming service I watched this on labelled Tremors a ‘spoof’. Its balance between comedy and horror troubled Universal at the time, as the didn’t know how to market it. What makes the film a success is that difficult tightrope walk, as the deadly monsters are tackled by people a world away from older B Movies.

In the ’50s, films assured frightened Americans the country’s finest men were prepared for anything…. whereas the small desert town of Perfection is absent of meaningful authority figures. It’s an Old West throwback where the common man is king. Val and Earl may be on the bottom rung of society, but they do the jobs nobody else wants to do—whether that’s cleaning out septic tanks or taking on giant killer worms. The only ‘finest man’ we get is franchise stalwart Burt Gummer (Michael Gross), who stockpiles enough weapons for a small army in his rec room/bomb bunker in preparation for World War Three.

If the ‘Graboids’ are a bonding experience for the characters, then Tremors helped seal the bond between its creators. Ron Underwood followed making Tremors with the Academy Award-nominated City Slickers (1991) before ending his short-lived Hollywood career when The Adventures of Pluto Nash (2002) bellyflopped at the box office. Screenwriters Brent Maddock and S.S Wilson found early success in the mid-’80s with Short Circuit (1986) and Batteries Not Included (1987), before likewise heading to career oblivion with Wild Wild West (1999). 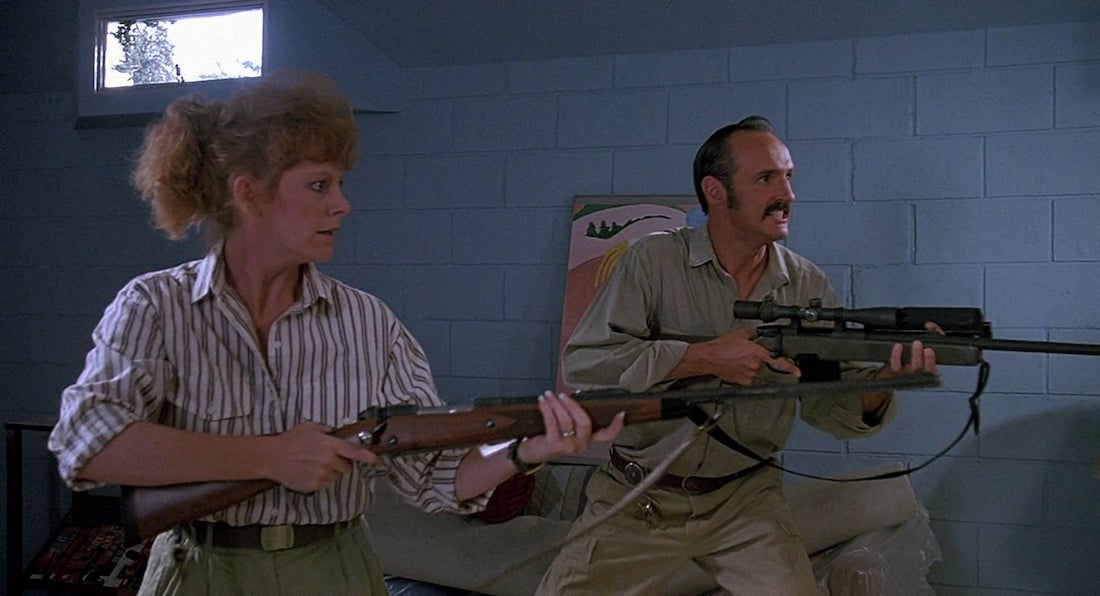 Universal took a risk with Tremors, as they agreed to let Maddock and Wilson bring in their college friend to make it. Ron Underwood has never directed a movie before! But as with any monster movie, the draw is always the monster itself. Amalgamated Dynamics had free reign to design the beasts because the script only described them as “streamlined” and able to “open like a flower”. Despite all the people being torn apart and swallowed, the MPAA gave Tremors an R-rating for the harsh language—which led to the filmmakers redubbing many of the swears to secure a younger audience. The changes only made the dialogue more memorable, thankfully, from Burt celebrating “we killed that motherhumper!” to the one allowed f-bomb being Bacon’s immaculate “FUUUUUUUCK YOUUUUU” after their first Graboid kill.

As a kid, I watched Tremors on VHS religiously. Now an adult, it holds up as a fun adventure with enough horror to prepare a curious child for more intense scares. The first act satisfies anyone wanting full-blown horror when establishing the monsters; from the psychological dread of dying from thirst trapped up an electrical tower to the visceral shock of severed heads half-buried in the dirt. What surprised me when revisiting it is how the second half turns completely into a survival horror story, as there are fewer deaths amongst the core ensemble as their ingenuity and instincts keep them alive. 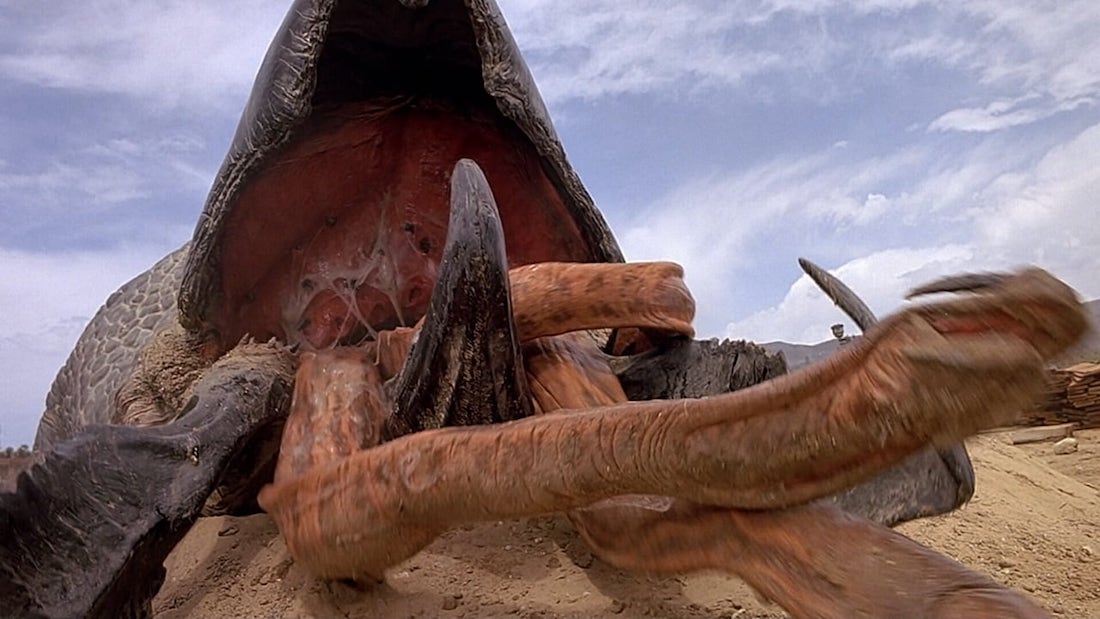 The cast delivers personable and charming performances that have you rooting for them. Where the comedy and horror work best is when characters are coming to grips with their absurd reality. We’re never bogged down with the logistics of “this is probably the biggest zoological discovery of the century” when that’s immediately countered with “hey, check this out, I found the ass-end!”

Perfection itself also has a genuine lived-in feel, making the sad destruction of the town all the easier to feel invested in. Seismologist Rhonda (Finn Carter) is the only character who dumps exposition on how Graboids work, but even her smarts are no use when she becomes as trapped as the others. The Gummers’ excessive armoury is equally ineffective as a resigned Burt bemoans preparing for every end of the world scenario except attack from underground monsters. 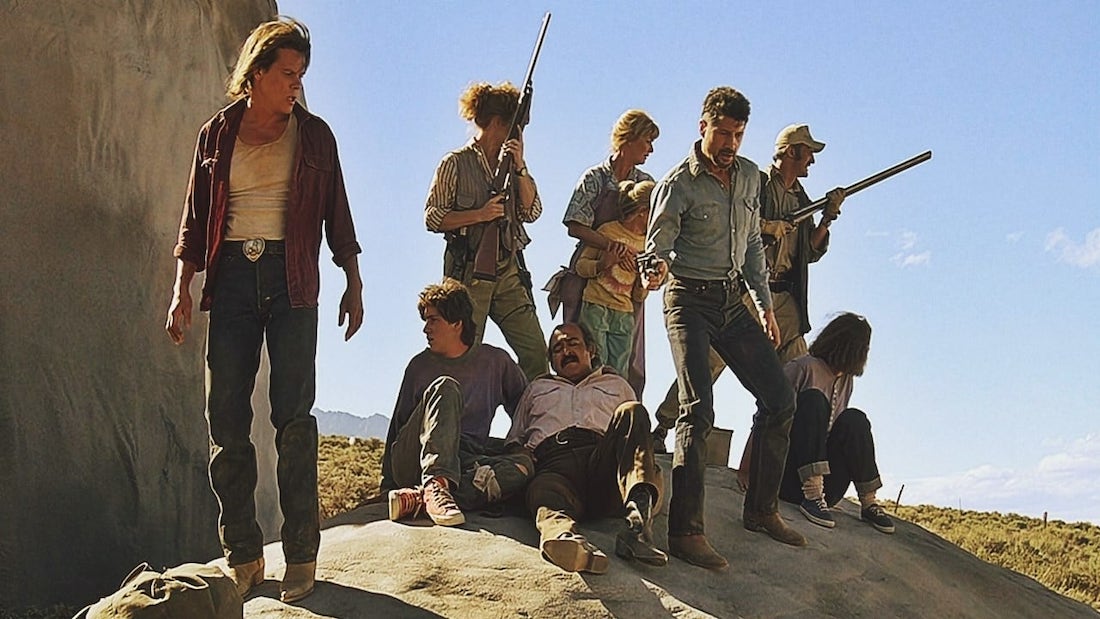 Tremors only just made it’s budget back in cinemas but, thanks to home video, it grew into a sleeper hit and Universal’s direct-to-video department practically begged the creative team for a sequel. Braddock and Wilson even got to direct Tremors 2: Aftershocks (1996) and Tremors 3: Back to Perfection (2001) as well, before expanding their franchise with Old West prequel Tremors 4: The Legend Begins (2004). There was even a 2003 Syfy TV show called Tremors: The Series that ran for one season with its 13 episodes shown out of order!

During all this, the creators founded Stampede Entertainment (a reference to the climactic finale of the original) to produce their continued works. But with Tremors 4 and The Series in production at the same time and failing to draw new fans, the franchise came to a grinding halt. That’s until Universal announced Tremors 5: Bloodlines (2015) with Michael Gross returning, although Stampede Entertainment wasn’t involved in its making. The franchise then continued with Tremors 6: A Cold Day in Hell (2018) and a seventh movie’s on the way. Even ’80s icon Kevin Bacon, who became an even bigger star after Tremors, eventually returned to the franchise to reprise Val in a 2017 Syfy TV pilot directed by Vincenzo Natali (Cube), but it sadly wasn’t picked up for a full series.

While the Graboids themselves continue to entertain, it’s clear there’s some animosity still held by Stampede. The company’s (expansive) website FAQ quickly derails from behind-the-scenes inquiries to outright complaints the studio is only now choosing to milk the Tremors brand without their involvement. To be fair, the first wave of DTV sequels Stampede were responsible for were quite bad, and the recent entries aren’t much of an improvement… so perhaps it’s best we hold onto the standout 1990 original as a true cult classic and one-off. 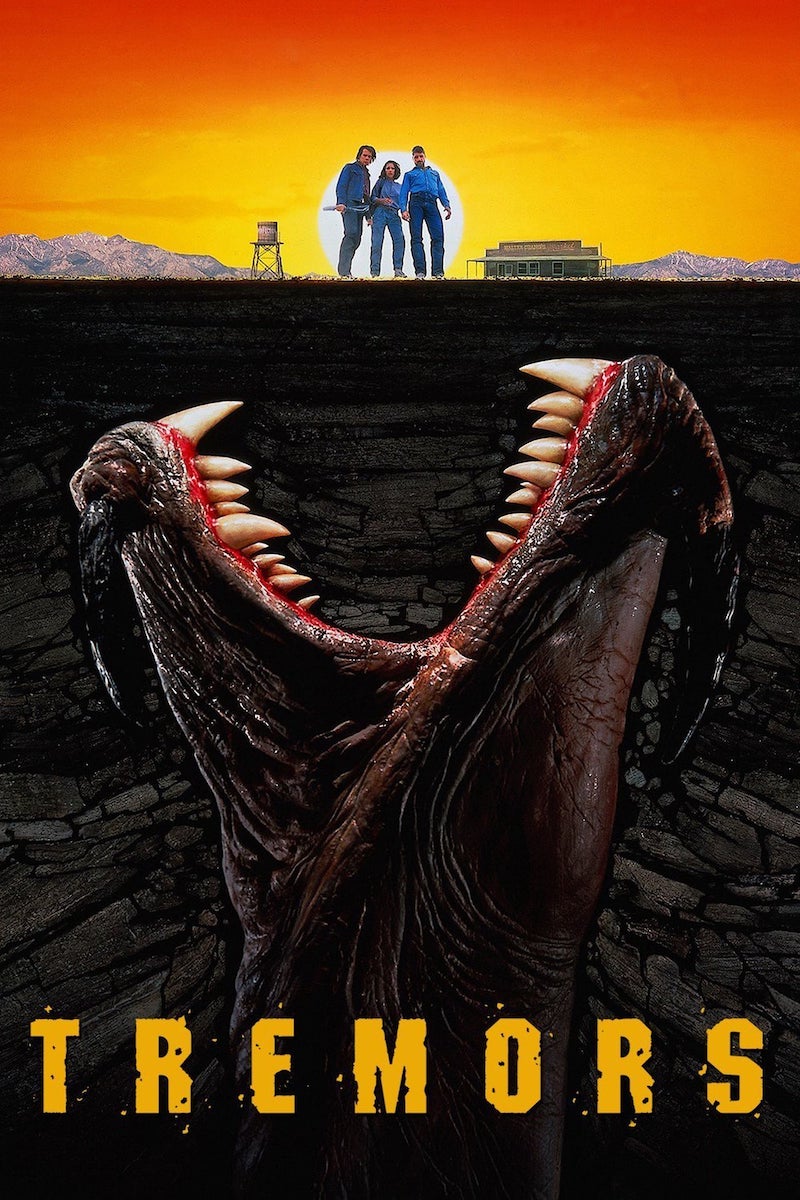