What if realising your inner potential and discovering the real ‘you’ meant becoming a murderer? That’s the droll conceit of writer-director Staten Cousins Roe’s debut feature A Serial Killer’s Guide to Life.

Self-help addict Lou (Katie Brayben) runs into purported life coach Val (Poppy Roe) at yet another half-baked motivational seminar, where they’re both in the audience, and is soon lured into joining her on a killing spree across the quiet suburbs and landscapes of southern England. Allusions to Thelma & Louise (1991) are blatant (particularly at the end), and the movie certainly resembles that classic—as well as the more recent Prevenge (2016) and Sightseers (2012).

This minuscule-budget film has more in common with them than the touchstone of female serial-killer movies, Monster (2003). Indeed, there’s an air of surreality and often understated humour here which gives it more the flavour of Kind Hearts and Coronets (1949). Despite the high body count, Val and Lou don’t feel threatening… at least unless you’re one of the self-appointed self-help gurus or their acolytes who the duo polish off with whatever sharp or blunt instruments come to hand. Part of the joke, of course, is that we at least half-suspect they deserve to die. 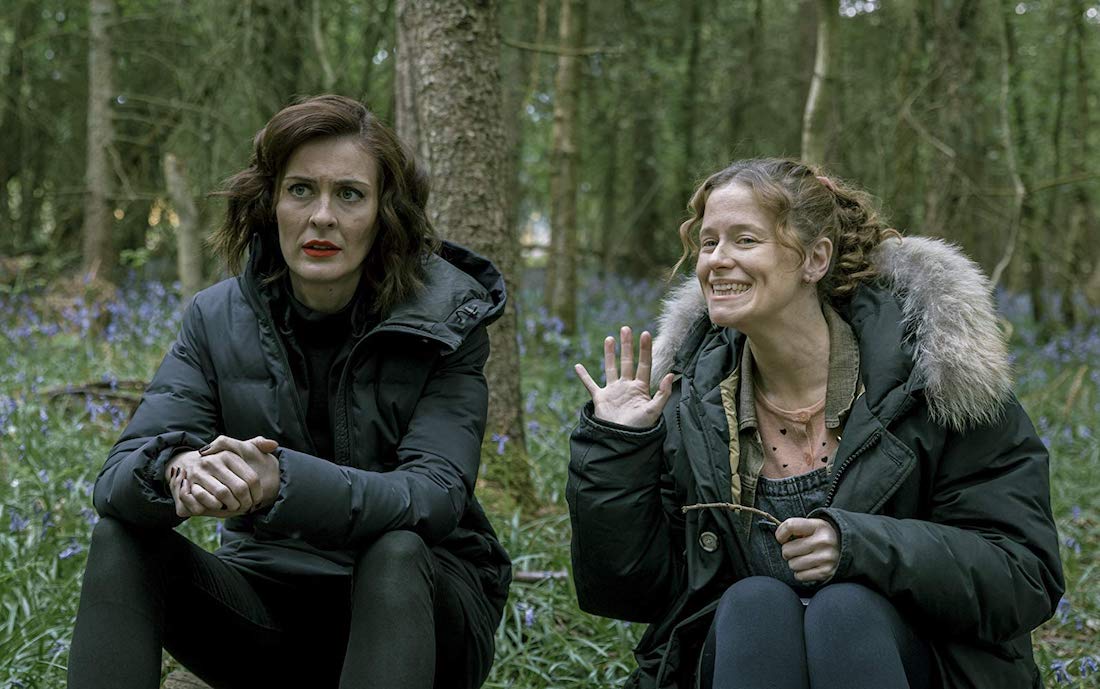 That’s about it. There’s very little plot. Once Lou’s decided to team up with Val, the movie is essentially a series of darkly comic episodes and, after about 20-minutes, you can see where it’s going even if you’re not sure exactly how it’ll get there.

Nor is there much of a sense of danger. We’re told, via the radio and newspapers (how old-fashioned!) about the growing police hunt for our anti-heroines, but never feel them closing in. Occasional ambiguities in the narrative, meanwhile, are more confusing than intriguing. And unfortunately, some of these question marks (where we can’t be sure if what’s depicted is fantasy or memory or anticipation) are conveyed through fast cutting that jars with the generally leisurely feel of its 80-minute runtime.

What rescues A Serial Killer’s Guide to Life from dullness, however, is Staten Cousins Roe’s confident screenplay (packed with nuanced, throwaway touches of humour rather than conspicuous gags or big punchlines) and the performances. Brayben as Lou is the standout—eager but nervous, awkward, and immensely naive at the beginning, but growing in confidence as the movie progresses. The character of Val, who’s older and much more self-assured when we first meet her, also changes in subtler ways as she slowly warms to Lou. Poppy Roe captures this convincingly. 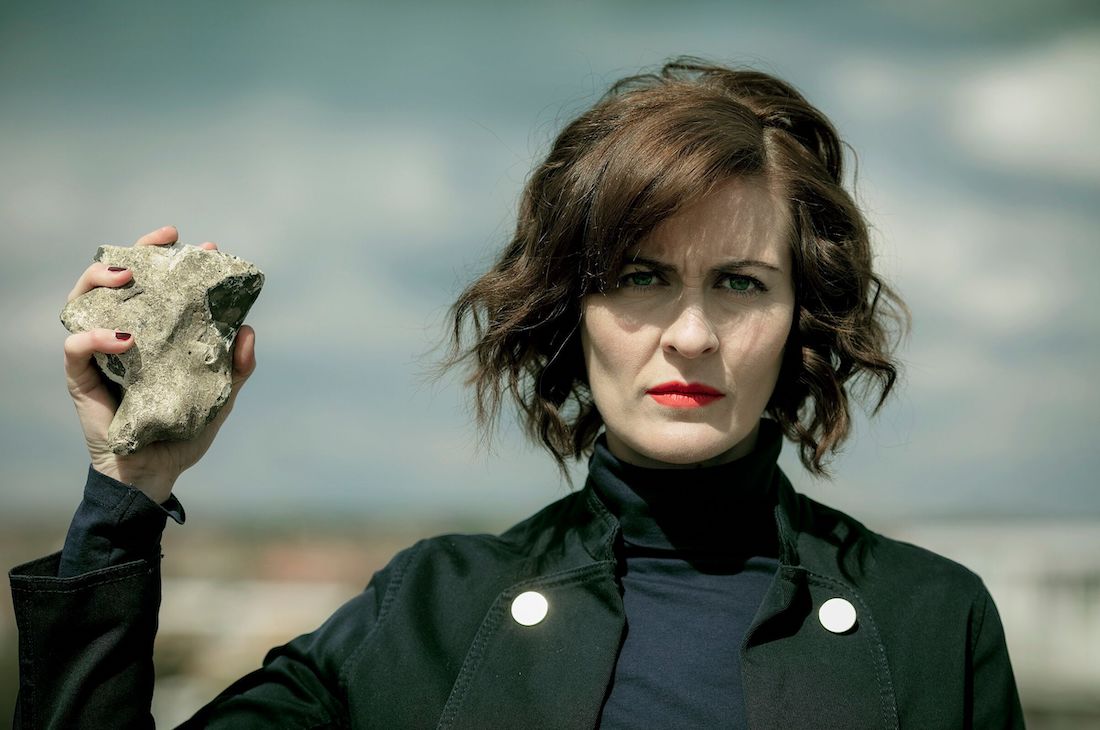 Among the supporting roles, Ben Lloyd-Hughes is wonderfully insincere as Lou’s idol Chuck (telling his followers “you gotta think like me, you gotta act like me, you gotta breathe like me…”) while Tomiwa Edun contributes one of the film’s funniest cameos as back-to-nature advocate Ben, claiming he can help customers “connect to a serenity within” yet clearly seething with irritation himself just beneath the surface.

Most memorable of all, however, is Sarah Ball as Lou’s mother; so consumed by resentment of her life and her daughter that she can make eating a mouthful of food into an act of petty aggression. Indeed, one of the film’s few moments of genuine horror occurs when it becomes suddenly clear that she’s far more disturbed than was earlier apparent.

Backing up this fine script and cast are James Layton’s nicely-framed photography (observing the ordinary with a sharp eye for an interesting image) and the score by Laurence Love Greed. His music is simple and deliberately repetitious, scored for just a few instruments, sometimes ominous and sometimes more calming, helping to move montage sequences forward and providing discreet accompaniment to others, always without getting in the way. It’s strange that he’s briefly replaced by Beethoven at one point, but the textures and harmonic language of Laurence and Ludwig are close enough that it works.

Ultimately, though, in a movie so completely dominated by its two lead characters, A Serial Killer’s Guide to Life stands or falls on them—not just their performances, but their credibility and relatability. And here the film’s success is mixed. 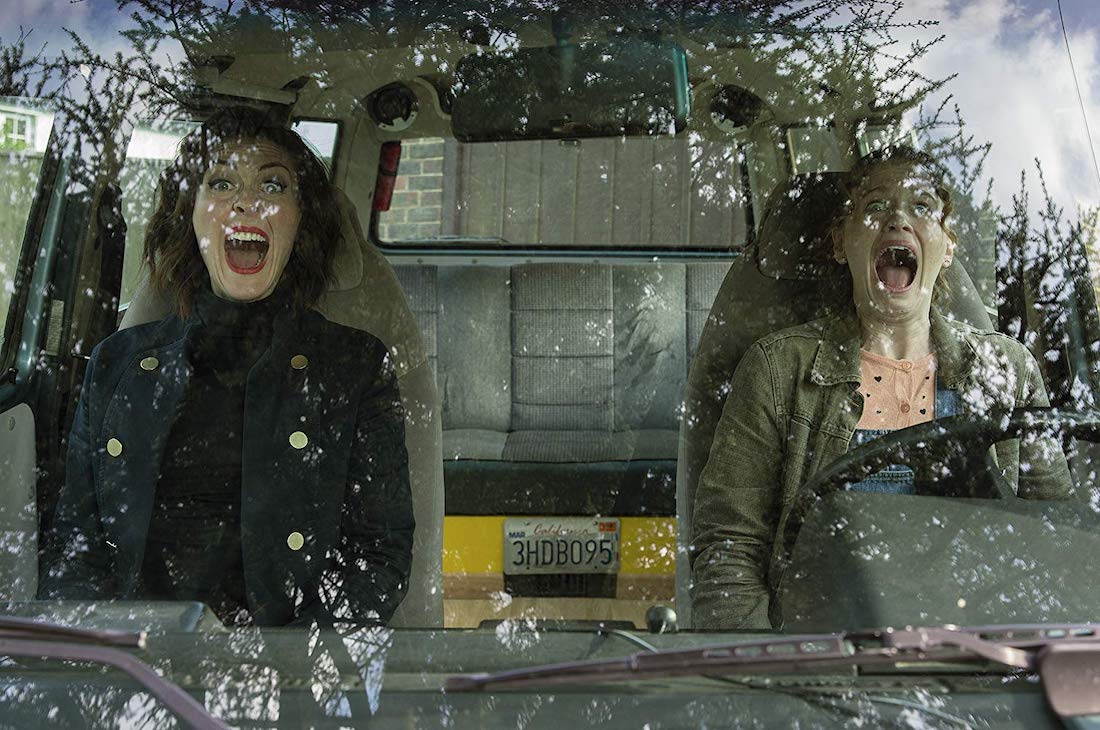 Lou is a believable character with an identifiable journey. A moment where she’s tempted to kill a condescending dog-walker in her little seaside town, long before she first commits murder for real, is striking to the point of being almost shocking. Much later, violence does “feel pretty empowering”, Lou will acknowledge. “I’m not a nobody anymore.”

Val, however, is much harder to read. It’s she who initiates the self-help serial killings, but her motivation is opaque. To some extent she seems to believe in all the navel-gazing New Ageiness (babies in Sudan just need to “be their potential”, she claims), but is she knocking off its purveyors because in truth she detests it? Or because she wants to rid the market of competitors to her own life-coaching business, which would be a delightfully bonkers inversion of that world’s shibboleths? Or is she just plain crazy, self-actualising in gore?

This is not overtly mysterious enough to draw us in, because we never really get a clue to the answer at all, but—combined with those unexplained narrative oddities—it does make A Serial Killer’s Guide to Life slightly unsatisfying. It’s rare these days that a movie would be better if it were longer, but this is a case where that’s true. Exploring some of what’s left unexplored might have taken it to a new level.

All the same, even as it stands, it’s a fun and skilfully-made black comedy, and worth watching for a few of the performances alone… as well as for its merciless lampooning of self-help fakery in some magnificently parodic scenes.

A SERIAL KILLER’S GUIDE TO LIFE is released on iTunes and Digital HD from 13th January 2020. 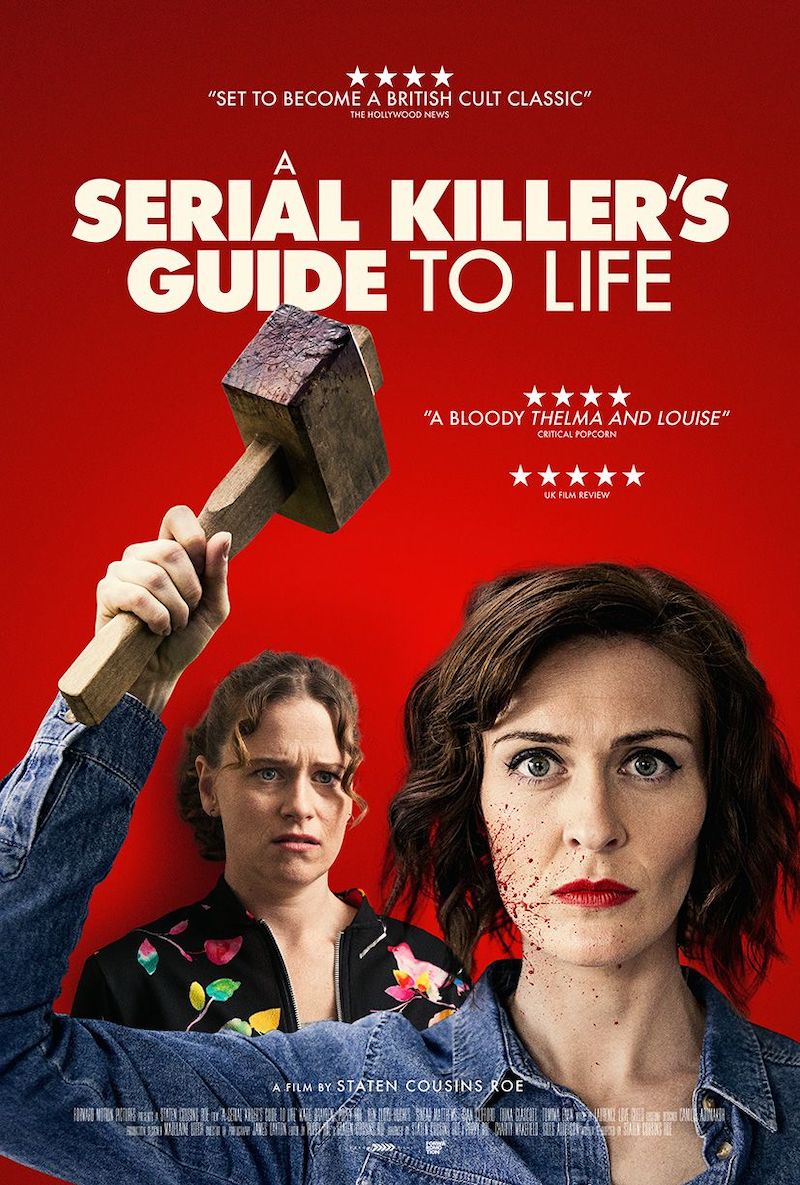