One of this summer’s biggest box-office disappointments was Disney’s Tomorrowland, from director Brad Bird (The Iron Giant, Ratatouille). It made $208m worldwide, but cost approximately $330m to produce and market. It’s a shame whenever an original film tanks—in an age dominated by sequels, adaptations, and remakes—but it’s easy to see why Tomorrowland wasn’t embraced by the masses. It’s a difficult enough concept to describe, and the film is quite confusing for long stretches of time—so much so that you can tell the script doesn’t quite know how to begin. For awhile, we follow boy inventor Frank in 1964, who’ll grow up to become George Clooney—who doesn’t himself enter the story for an hour, unless you include the opening scene that’s a flashforward of adult Frank making a video diary. I’ll do my best to explain the setup…

Tomorrowland concerns genius and eternal optimist Casey Newton (Britt Robertson), the teenage daughter of a NASA engineer, who finds a pin from the 1964 World’s Fair. Upon touching the memento, she’s instantly transported to a gleaming futuristic world of dizzying skyscrapers, anti-gravity trains, flying cars, ramp-launching rockets, and giant robots. As we’ll eventually learn, this is ‘Tomorrowland’—an alternate timeline populated by the world’s cleverest scientists and most creative artists, who’ve escaped to a self-made technological utopia. Spellbound by what she’s witnessed, Casey resolves to find Tomorrowland when her pin loses its power—triggering an adventure that sees her team up with Athena (Raffey Cassidy), a robot envoy from the other dimension, and the aforementioned Frank who was mysteriously exiled from Tomorrowland by Governor David Nix (Hugh Laurie). 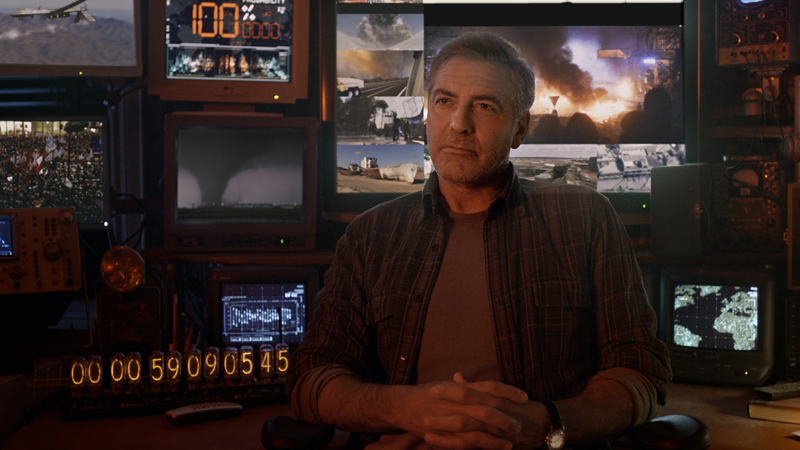 Tomorrowland is one of those films that’s big on ambition and has meaningful things to say about mankind’s increased pessimism and apathy, but is let down by a screenplay isn’t as well-constructed as it needed to be to put across its themes and ideas. There’s a lot of information to digest, and I’m sorry to say Bird and co-writer Damon Lindelof (Lost, Prometheus) mostly fail to keep the story unfolding in a way that’s enjoyable and easy to grasp. It’s not even clear that Tomorrowland isn’t The Future for a long time (not helped by the misleading title), and I’m still not sure how 1960s scientists managed to access another universe to begin building their paradise. Or why the film continually tells us it’s a good idea to recruit Earth’s dreamers and prodigies to maintain Tomorrowland—as that would presumably leave us with a planet of mediocre minds and dimwits.

The abiding message of the film is that mankind needs to lose our indifference because we’re ignoring inevitable destruction, and instead rediscover the pioneering spirit and childish optimism typical of the Jet Age. It’s a commendable thing to be promoting in a lavish summer blockbuster, playing to impressionable children, but let’s just say the conclusion of Tomorrowland raised some issues.

Best to watch the movie for its gorgeous visuals and kinetic set-pieces; they help it nourish the soul more than the mind. Bird’s background is in animation and it’s a delight to see him apply and develop this sensibility to live-action; there’s a snap and pop to his filmmaking style that occasionally makes you think you’re watching animation, for all the best reasons. But there are only two truly memorable sequences across an unnecessary 130 minutes—one, a stunning continuous shot of Casey exploring Tomorrowland for the first time, which is a gorgeous feast for the eyes and carries a deep sense of wonderment about it; and two, a virtuoso scene where Frank’s country house is invaded by grinning robots, which turns into a high-tech Home Alone as his crazy gadgets and home defences are put to use. 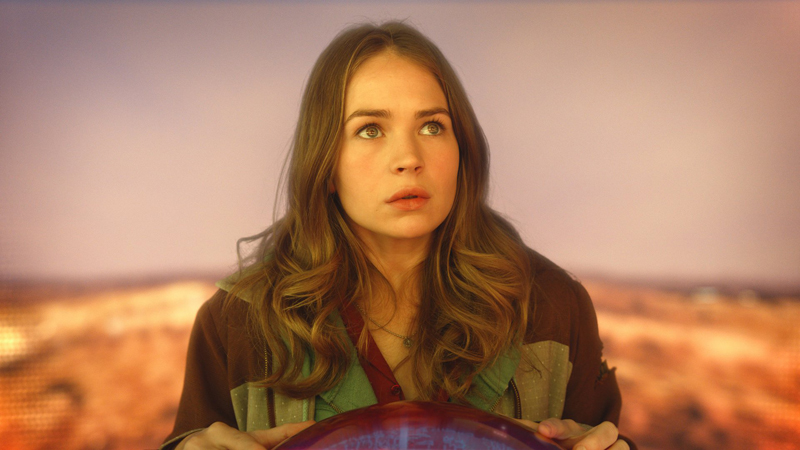 I also really liked the actors Bird assembled to play these characters, whose performances actually go some way to making up for the story’s haziness. Clooney’s as charismatic and affable as ever, although Frank isn’t much of a stretch for him, so it’s younger stars like Robertson and Cassidy who really excel and make Tomorrowland as enjoyable as it manages to be when you’re not gawping at gizmos and futurescapes. Laurie’s decent as Nix, reuniting with his House accent, but to be honest his character’s villainy is a surprisingly late addition to the story. The lack of a clear villain feels like another failing of the script, as the film’s just one protracted escape from impersonal robots—for reasons that remain very hazy until the last twenty-minutes or so.

But for all its faults, Tomorrowland has imagination and a ‘gee-whiz’ uplifting tone that’ll connect with middle-aged sci-fi geeks who grew up believing they’d fly to work on jet packs in 2015. It’s big, bold, idealistic, beautiful, and has its hearts in the right place. It’s just a shame the screenplay’s sloppy and riddled with plot-holes, because the overall concept is poorly explained and its admirable message therefore gets lost.