With Jessica Lange having left American Horror Story‘s impressive repertory cast, Hotel is proving to be more of an ensemble-driven story than recent years. Judging by this week’s episode, “Mommy”, this could prove to be a good thing for the series. While Lange was always a highlight of every season she appeared in, her absence has created an opportunity for the series’ other talented actresses to savour meatier material, and this week’s episode gives hope that the writers will rise to the occasion.

“Mommy” is, not surprisingly, largely focused on the complicated, often fraught relationships between mothers and children. As Iris (Kathy Bates) says to her petulant non-vampire son (Matt Bomer), “I don’t know who I am if I’m not your mother.” Bates joined the show in season three, Coven, which began very promisingly with Bates (as real-life monster Delphine LaLaurie) painting her face with the blood of her slaves, before eventually reducing her to a literal talking head. Last season, she played another long-suffering mother, but was given little to play besides a beard and a Baltimore (I think?) accent. As Iris is rejected by Donovan and decides to end her life, Bates is finally given scenes to play that make use of her considerable talent, and as the episode ends with her son bringing her back to life, I’m hopeful that the two of them living a sort-of immortal existence, locked in their “I hate you/Don’t leave me” relationship, will prove to give Hotel a much-needed emotional core. 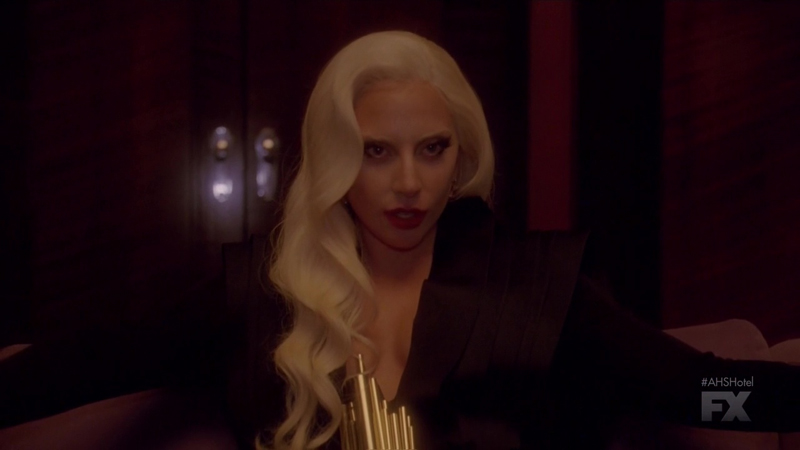 This week also saw the return of Angela Bassett; another stellar cast member who’s only sporadically been given anything worthwhile to do. Last year, her character had three breasts and an enlarged clitoris, and married Malcolm Jamal-Warner—on American Horror Story, this counts for character development. Bassett’s scenes were this hour’s highlight; as her character, one-time actress Ramona, recalled how she was turned and, ultimately, kicked to the curb by the Countess (Lady Gaga). Between the flashback to Ramona shooting a blaxploitation movie, Bassett and Gaga’s pretty hot sex/initiation scene, and the montage (referencing Citizen Kane, of all things?) of Ramona and the Countess in the elevator—growing apart over the years and their corresponding, fabulously dated outfits—this stretch of the episode was pure fun in a way season 5 hasn’t been so far. It feels like the sort of promising subplot that the show’s bound to drive into a ditch soon, but I’m hoping for more Sapphic longing in fabulous costumes for both actresses before we get there. 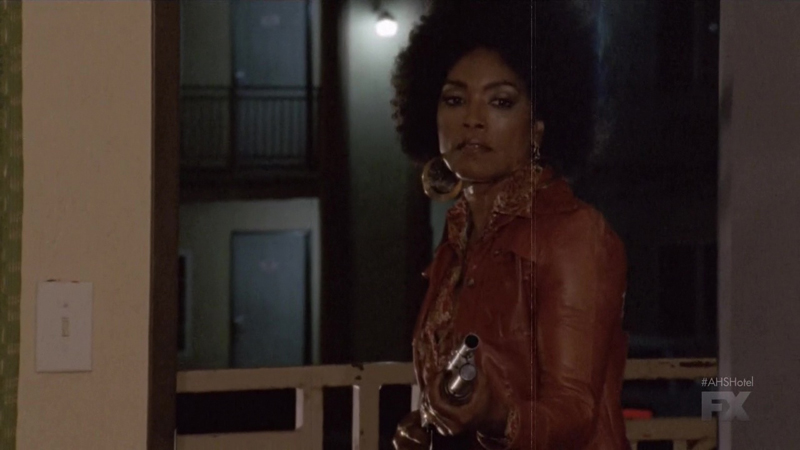 We also got a glimpse into Alex’s (Chloë Sevigny) backstory and the depression she experienced after her son went missing, while Alex decided in the present-day story to divorce John (Wes Bentley). Sevigny’s character and performance has been uncharacteristically grounded and nuanced for AHS, and I’m interested to see if she’ll continue to be a contrast to the show’s lunacy, or if we’re being set up for a twist. I’ll admit that the episode’s other subplots have yet to engage me—I don’t care about Tristan and the Countess both trying to seduce and kill the hotel’s new owner, Will Drake (Cheyenne Jackson); or about John’s creepy flirtation with Sally (Sarah Paulson), which is a particular shame because Paulson is consistently the show’s best actor, but there’s not a fully-sketched character for her to play yet. I do enjoy the idea of Tristan and James March (Evan Peters) becoming murder buddies, if only for as long as it continues to let me imagine not-real ’20s dialogue like “Let’s you and me hit the town for a night of red-hot crazy murder the likes of which this city has never seen! It’ll be a real hootenanny, see?” Anyway, as long as “Mommy”, written by James Wong (The X-Files, Final Destination) sticks to its main narrative threads, it’s more fun than I’d expected at this point, and gives me hope that the season might still cohere into… something.

Written By
Andrew Bemis
More from Andrew Bemis
Highlander was released in North America on 7 March 1986 to mixed-to-negative...
Read More