Robert Eggers’ debut, The Witch (2015), played like a folk tale. The posters even identified it as such—as if assuring audiences that, for all its idiosyncrasies (like dialogue spoken in Early Middle English), it was rooted in a recognisable genre. It was also, of course, a horror movie, which The Lighthouse definitely isn’t. Eggers’ follow-up exists beyond a familiar genre, makes little effort to codify its references and influences into something familiar and cohesive. Not that any artist should force themselves to conform, but The Lighthouse seems to rely a lot on its originality and, as a result, this creative and amusing movie falls short of being either emotionally or symbolically impactful.

If The Witch was a folk tale, then The Lighthouse is a sea tale. The story is simple enough; the sort of yarn Herman Melville might write, paraphrasing something he overheard in a seaside inn. Two lighthouse keepers (or “wickies”) assigned to a remote rock in the middle of the sea, become stranded and go crazy. Ephraim Winslow (Robert Pattinson) is the younger of the pair, while Thomas Wake (Willem Dafoe) is the more seasoned. The latter also claims the night shift for himself, due to his seniority, which involves manning the all-important light. A job that’s evidently far more interesting and worthwhile than the day shift, during which the younger Winslow labours… 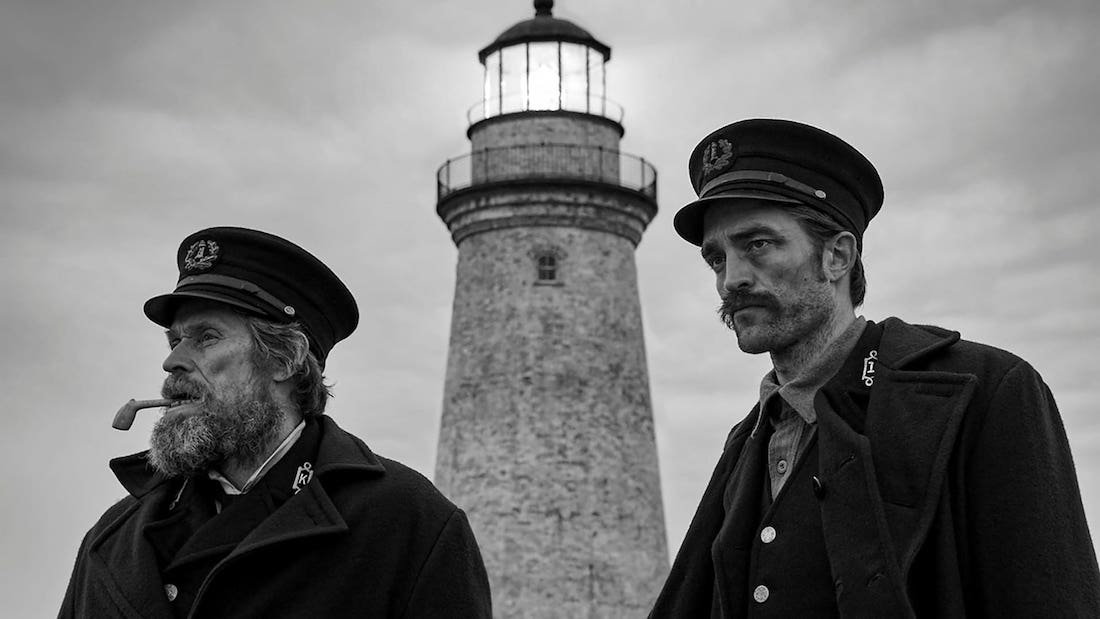 The day shift involves cleaning out latrines, scrubbing grimy floors, chopping wood, oiling the lamp, and other menial tasks. Winslow would really love the chance to work the night shift, but that’s an unlikely prospect because Thomas is obsessed with maintaining the light, which manifests itself in a number of bizarre ways. Relegated to the unfortunate daytime chores, Winslow’s haunted at all hours by bizarre and frightening visions—some of which pertain to his past employment as a lumberjack, and some of which reflect his isolation and sexual desires. Despite working separate shifts, the two keepers interact a lot and spent their evenings together. Their dynamic is at the core of the drama, and provide a springboard for The Lighthouse’s ideas…

The relationship between Winslow and Thomas takes shape in a multitude of ways. Winslow’s subordinate and Thomas is his commanding officer, but Thomas nevertheless insists on a certain level of camaraderie between them. And when they become stranded, their reliance on each other is only intensified, even if their underlying power dynamic goes unchanged. Dafoe’s incredible and comedic performance imbues Thomas with Ahab-like extremes, whereas Pattinson’s flirts with some semblance of historical realism. However, both performances are stifled through subordination to the screenplay, written by Eggers and his brother Max.

Oftentimes, monologues, tirades, and soliloquies occur that seem designed to show off the writers’ ability to approximate Melville’s cadence, rather than convey true emotion and psychological truthfulness. If the dialogue becomes largely incomprehensible (which it often does, to amusing effect), it’s hard to track not because of its obtuseness but through the lack of authentic emotional motivation. On top of that, the scenes between the two men are intricately staged. The hallucinatory conceit of the movie—of two isolated characters becoming tangled in both a literal and metaphysical sense—is essentially Bergmanesque, and the style that Eggers chose to stage and shoot the film reflects that. 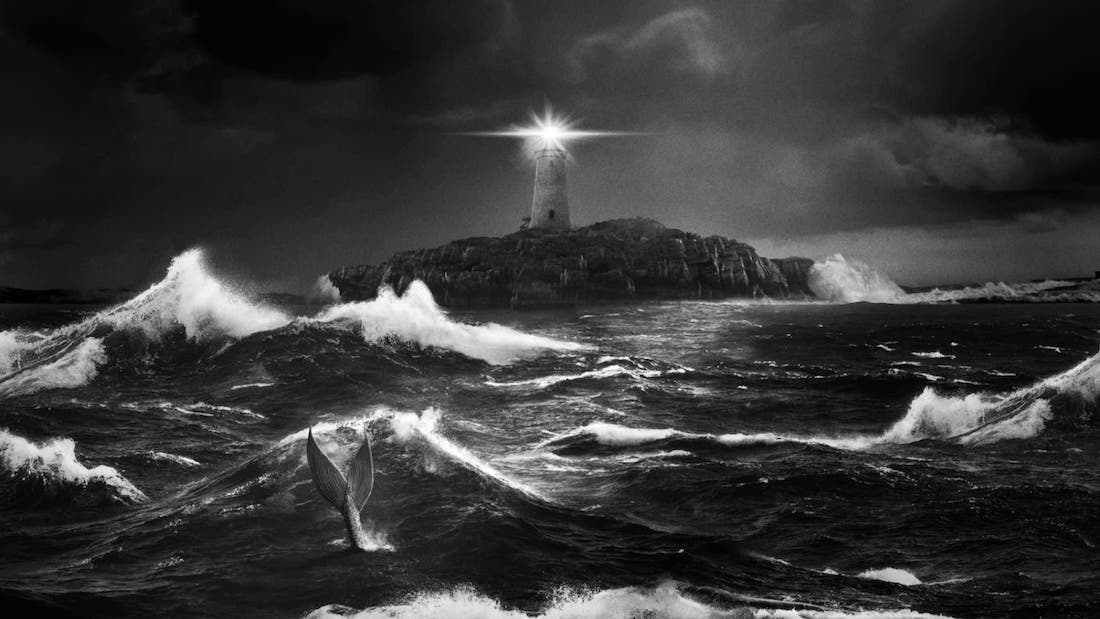 But again, the references stifle the material and many scenes feel unnaturally staged in a way that undermines the emotional heft of its performances. The beacon itself is a literal object of forbidden desire for Winslow and Thomas, and Mariusz Glabinski’s sound design morphs its foghorn sound into a Kubrick-like siren call that’s supposed to penetrate and punctuate the psyched-out texture of the move. I’m delighted to write that the foghorn sound is mirrored and mocked by Thomas’s farting—which, in some ways, reflects a more daring, if somewhat careless, attempt to build a motif. The lighthouse’s beacon, despite the unnatural and haunted forms it takes, never transforms into the symbolic or reflexive image it’s meant to be. It remains nothing more than a far-fetched detail confined to the limits of the story.

It’s fortunate The Lighthouse is a comedy because it’s genuinely funny. Beyond that, there are also moments that are authentically visceral and memorable. Unfortunately, they’re only moments. Memorable as they are, they reflect ideas that are never elaborated on, suggesting an unmade movie of haunting invention and impressive aesthetics. The Lighthouse ends up delivering a story about two men forced to work together, and who lord their earned wisdom and aggravated aspirations over each other. It’s a movie about the arrogance of youth and the madness of experience, and it wears its influences and inspirations on its sleeve.

Although a vibe is strongly evoked, an authentic sense of place and character is never fully tapped into. Given our current moment, in which broad arguments are being waged regarding the fate of original direction and authentic artistry in the cinema, this movie gets a lot of credit for its superficial originality. It’s fun to be able to go to the cinema and see something this damned weird. Its lack of self-seriousness salvages it from being an unpleasant experience. It’s worth remembering, however, that ostensibly bold stylistic endeavours are no guarantee of genuine originality. 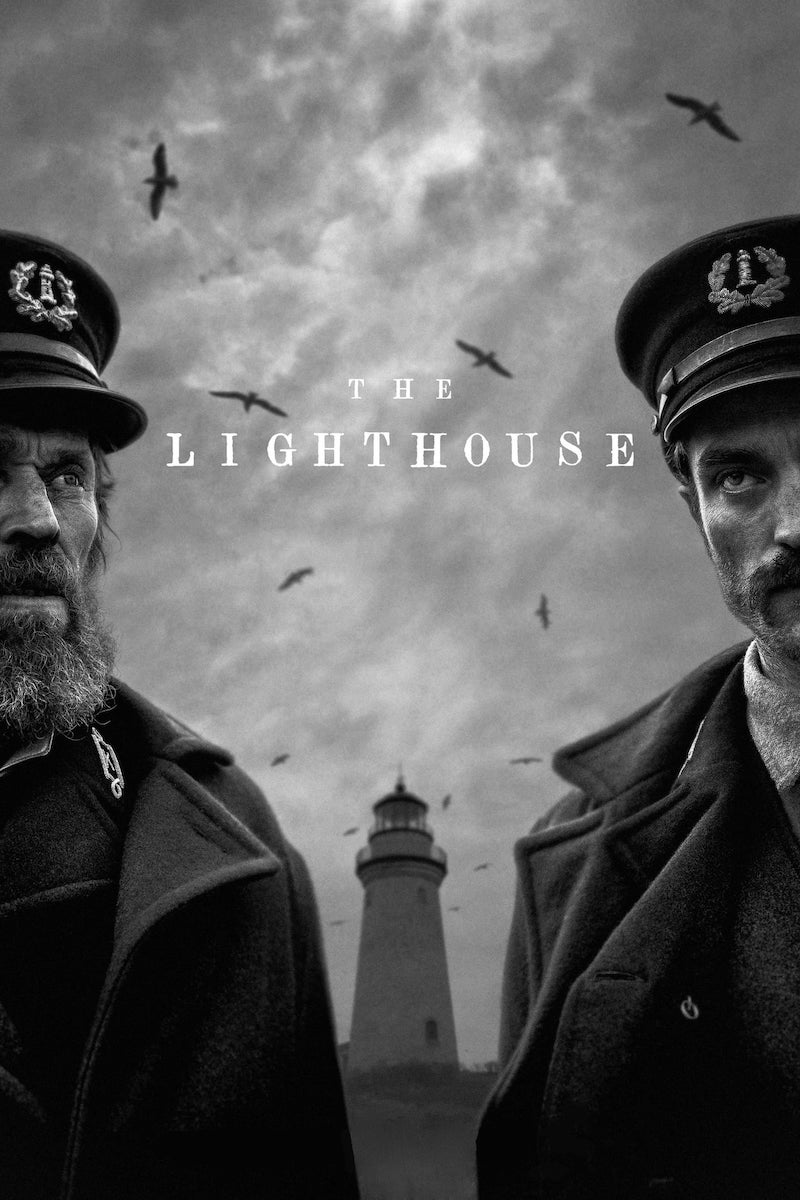