After the premiere unexpectedly whisked us to the completely new location of Jarden, Texas (to introduce a whole new family who live there), “A Matter of Geography” delivered the opening episode most people were expecting: a chance to catchup with small-town cop Kevin Garvey (Justin Theroux) and Nora Durst (Carrie Coon) back in Mapleton, New York, at the exact moment the first season ended with them discovering a baby on their doortsep. But that’s not to say this hour lacked similar feelings of intrigue and surprise; it only confirmed The Leftovers is starting to find itself and play to its strengths.

The broad strokes of what happened back in Mapleton wasn’t entirely unpredictable: Nora and Kevin decided to adopt the black baby they’ve named Lily, and her arrival’s become a bonding agent for their blossoming relationship. It even draws Kevin’s teenage daughter Jill (Margaret Qualley) closer to the bosom of this new family unit; particularly after Kevin confessed how he buried Guilty Remnant leader Patti Levin’s (Ann Dowd) body in the woods, after her suicide shortly after he kidnapped her and took her to a remote cabin. All secrets out in the open—with Nora tossing in her weird compulsion to hire prostitutes to shoot her in the chest whilst wearing bulletproof vests!—their family suddenly found happiness through admission of their unspoken sins and darkest secrets. Kevin even dug up Patti’s body and gave himself up to the authorities; only to be unburdened with guilt when a one-eyed detective decided to release him. However, a darker secret still lives in the heart and mind of Kevin, poised to undo his ‘happily every after’. 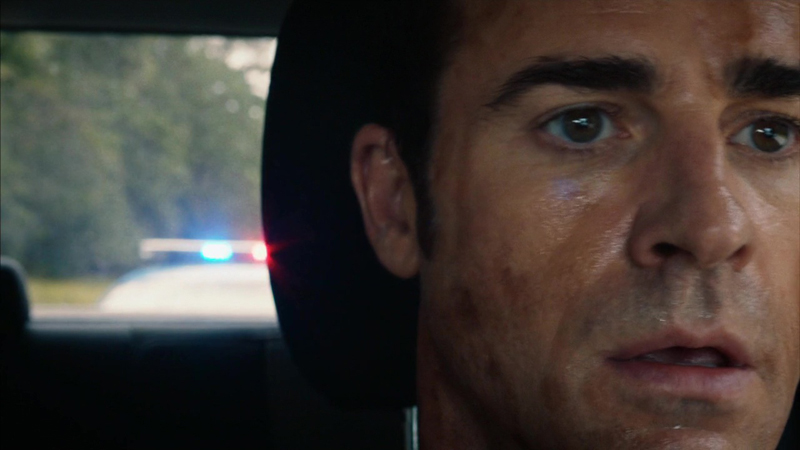 Before we get to all that, Nora discovered that her humble Mapleton abode’s now worth $2.7 million because its of scientific interest to MIT, who have a theory the ‘Departure’ chose victims based on their location. Flush with money from the property sale, Kevin, Nora, Jill and Lily made the life-changing decision to move to Jarden, Texas. It’s a town introduced to us last week, but one that continues to grow ever more interesting in the finer details.

I particularly enjoyed seeing how a shantytown’s sprung up around the Miracle National Park, full of travellers desperate to cross the bridge into Jarden itself. It’s literally become a kind of Promised Land for those left behind; with the Park’s Visitor Centre effectively repurposed to promote the area’s fame as a place where none of its population disappeared, while safely processing those who can afford to buy or rent there (each dweller given highly-prized wristbands to prove their residency).

One unexpected twist to the tale was realising Kevin’s family had apparently rented a house that had recently burned down. Could that be the house belonging to palm reader Isaac Rayney, which was razed to the ground as punishment by John Murphy (Kevin Carroll) last week? It does seem very coincidental, as it forced Nora to use her fortune to instead buy an overpriced property next-door to John’s clan. But maybe acts of arson have become a more common occurrence in Jarden than we know? Whatever the exact background to events, it does feel like fate is conspiring to get ex-cop Garvey closer to ex-con Murphy, which is very interesting. 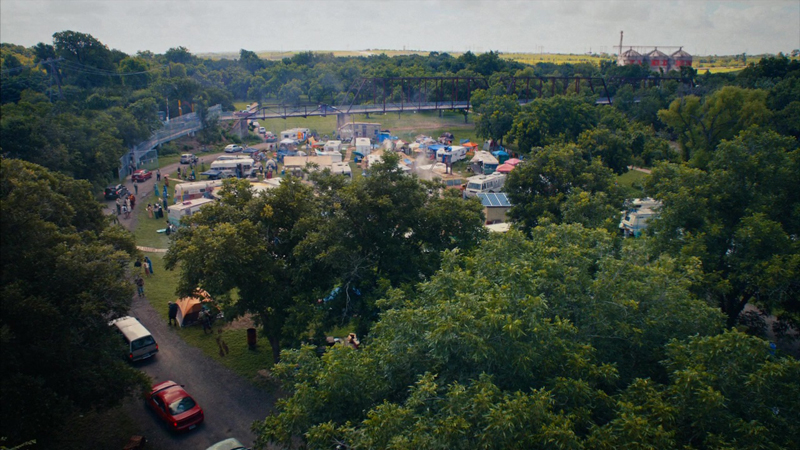 As I mentioned earlier, the exciting exodus for Kevin’s new family may have begun with an act of high-risk honesty, but there’s trouble in paradise because of a lie Kevin’s holding back from them. The fact that he’s seemingly inherited the psychosis that’s affected his father (Scott Glenn) and is still hearing voices and, just recently, actually seeing hallucinations of dead Patti—who even seems able to physically interact with him; throwing him across the kitchen in one scene, demanding to be heard. There was definitely some Fight Club flavour to these scenes, and the homage was made clear with the earlier use of the Pixies track “Where is My Mind” (memorably used in the climax to David Fincher’s 1999 feature). Indeed, there’s a very real chance that Patti’s more than a figment of Kevin’s imagination, but an aspect of his own personality that’s able to take control without his knowing.

Kevin desperately wants this cross-country move to work, so he can build a new life and get over his painful losses, but a ghost from the past apparently isn’t going to make it easier. Question is: do his visions have a deeper meaning beyond being the symptom of a guilty, unwell mind? Is there a chance he’s now genuinely able to commune with the dead, or should that be ‘the departed’? Best not mention any of this to neighbour John, considering that man’s low tolerance for mumbo-jumbo after torching Isaac’s house for practicing harmless palmistry.

It’s sometimes difficult to see how a show like The Leftovers can keep its sense of mysteriousness going, as everything takes place in the years after an inexplicably 2% disappearance of the world’s populace, but I’m delighted to say it’s still managing to. This episode’s final moments returned to the premiere’s conclusion, with John Murphy arriving at the National Park’s lake that’s been emptied of water (most like down a crack in the earth), possibly draining away his epileptic daughter Evie in the process. Only here, we discovered that Kevin is present and hiding from sight close by—having woken up after one of his sleepwalks on the lakebed, with his leg tied to a cinder block. Was the ‘Patti’ side of his personality trying to kill him, having become his very own Tyler Durden-style enemy within? It’s a theory that works, and might explain that Evie and her friends died trying to pull him out of the lake? 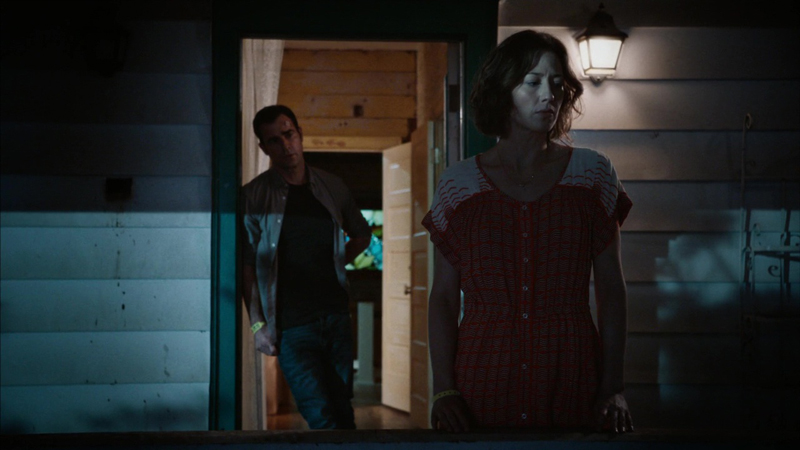