At the midway point in the season, it feels like The Knick is beginning to tread water somewhat. There are plenty of strong scenes, but few of them seem to be really advancing the storylines. Harry (Cara Seymour) continues to be scorned and demonised in the women’s shelter, Cleary (Chris Sullivan) continues to manipulate his fellow paramedics out of their cash, Cornelia (Juliet Rylance) continues to investigate Speight’s death, Bertie’s (Michael Angarano) mum continues to be dying, etc…

Thackery (Clive Owen) seems to speak for the audience when yet another scene of Edwards (Andew Holland) and Gallinger (Eric Johnson) bickering presents itself: “for God’s sake, gentlemen, even this brain is getting tired of this horseshit.” Well, quite. Speaking of brains… the episode’s opening sequence, in which Thack performs brain surgery on a morphine addict, to try and locate the grey matter causing addiction, was certainly one of the series most striking moments so far. It’s perhaps the most ghoulish piece of surgical imagery the show has ever depicted: Thack, casually and callously prodding, poking and probing a man’s brain—a fully conscious man, it should be noted—while dozens of people look on in fascination. 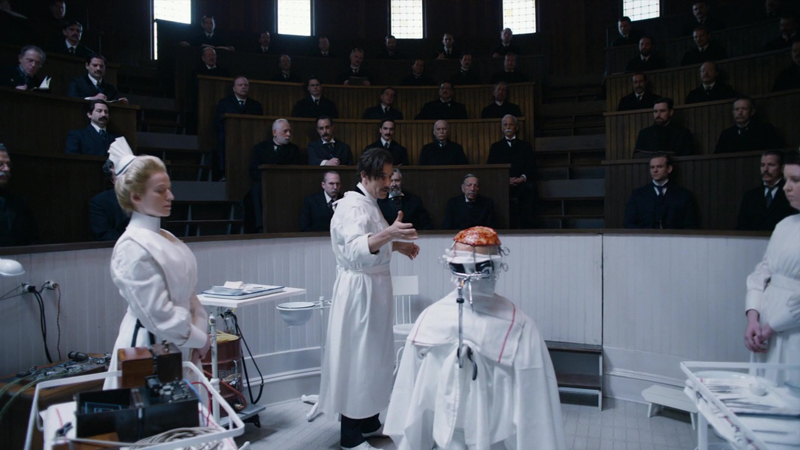 We know that Thack’s always treated patients more like test subjects, but here he very literally becomes puppet-master, sending electric charges into the man’s brain to provoke reactions, both physical and emotional. That he does so with a smile on his face might have been forgiven, but the later reveal that Thack’s eventual removal of a piece of brain has left the man a vegetable highlights the massive dangers of letting someone like Thackery play god.

The episode’s other highlight is the sequence that results from the dynamite explosion at the dig site for New York’s new subway system, and the chaos that it brings to the Knickerbocker. Take the initial moments, which feature wonderful swirling camera work to depict the panic of the first arrivals, with doctors, nurses, paramedics, ambulances and horses all dancing around the screen as the camera follows them. It’s sequences like this when Steven Soderbergh’s stylistic choices for The Knick come into their own. His shaky camerawork gets right in among the action, and extended takes draw you into the frantic mindset of the characters, as the camera follows the action, and shifts focus on a whim. 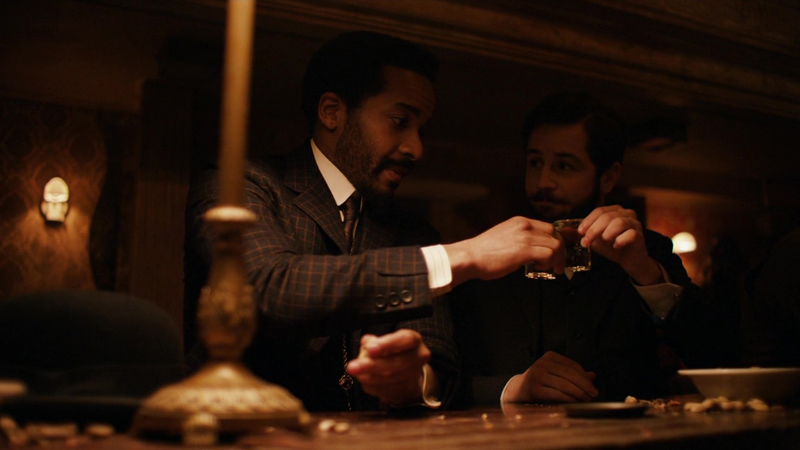 Nurse Elkins (Eve Hewson) walks down a corridor doling out medical advice to all and sundry, but when she passes Henry Robertson’s office, the camera doesn’t hesitate to leave her and shift focus to him. It’s hugely impressive given the busy, bustling sets that the camera is able to move so freely among them all, but the movements are extremely well thought-out and choreographed, and the effect is that the Knick is totally believable as a living, breathing hospital. The illusion that we’re actually there—or looking back in time at a real hospital—never lets up. The Knick is a triumph of dramatic immersion.

Unfortunately, the sense of excitement and the thrilling propulsion that the explosion provides does let up. The Knick finds itself bursting at the seams with injured patients, and yet you’d never know it during the second half of the episode. Where last year had the riot, which dominated one episode and informed lots about the characters in the various ways that they reacted and dealt with it, here we learn little, and the writers seem to lose interest in the plot halfway through. It’s a shame, because a big emergency like this always tends to liven up medical shows. 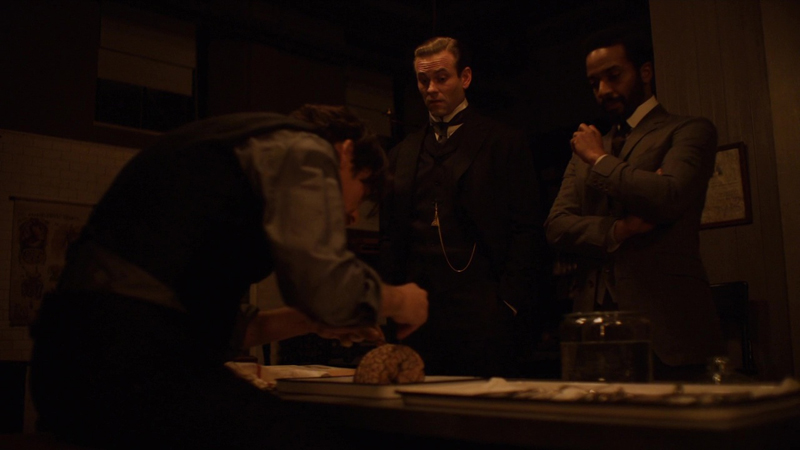 There are other good scenes throughout the hour; but, with a few exceptions, they mostly just confirm what we already know: like the fact Thack and Abby (Jennifer Ferin) have a deep connection. Only here, we really see what that could mean for our ostensible hero. He seems as if he could genuinely settle down with her—he even listens when she tells him not to shoot up, and it’s entirely possible that nobody else in the world could hold that much sway over him. And while I’m not sure we learnt too much more about Bertie’s family or his new girlfriend Genevieve (Arielle Goldman), at least the actress is so vibrant as the outspoken adventurer that any scene with her becomes a delight.

One thing that we definitely get some extra insight into is Barrow’s (Jeremy Bobb) family life, as we witness his amiable condescension towards his children, and then his brutal rejection of his wife’s advances when she tries to rekindle their sex life. Barrow’s cold and resigned refusal to even go near his wife is horrible: he’s such a hateful figure for one so unassuming. 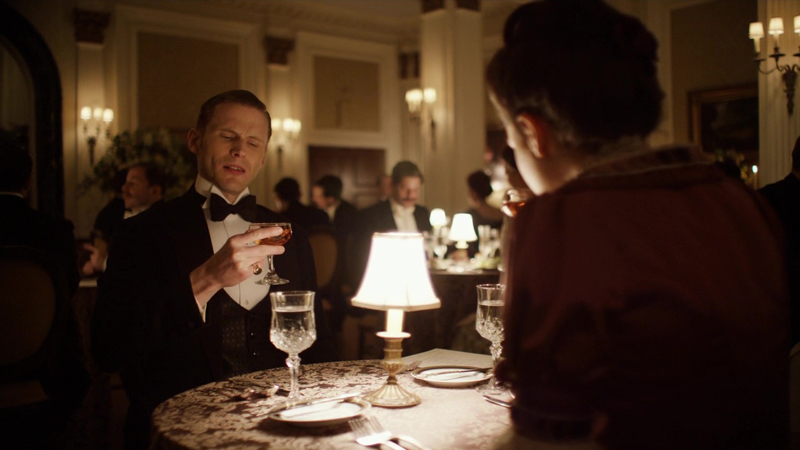 And speaking of hateful, the episode ends on perhaps the darkest moment of the series to date, as Gallinger’s now become a fully paid-up member of the eugenics movement, to the point where he’s actually advising medical institutions to take up the practise. Hell, he’s performing them himself. Gallinger has always been a figure on the wrong side of most arguments, but there was always the notion that he could yet be redeemed. Now it’s impossible to see him as anything but a monster, led astray by misguided beliefs of the past. The closing shot of a group of mentally ill children (even the doctor who runs the instruction refers to it as “the idiot house”) being led in for enforced castration, is unthinkably bleak, and Cliff Martinez’ haunting score really highlights the horror of it all.

But despite memorable moments like that, the series is beginning to feel a little fragmented.

Period details like Henry being a very early adapter of filmed pornography are fascinating, funny and sometimes creepy, but in terms of character relationships, The Knick season 2 has work to. Lots of the characters are overly secluded from the rest of the cast—Cornelia’s investigation into Speight, Harry at the shelter—and it’s making the series feel hollow, despite the continued brilliance of the direction, score, set-design, etc. There are brilliant characters in The Knick, and it’d be nice if the show would bring some of them together and explore them a little more. The writers need to strike a better balance between the various plot mechanics and period details with the actual character work and interpersonal relationships of these people. The Knick is a drama that needs more drama, essentially. Half-way through this year’s run, and it’s time The Knick started delivering on its promises.