Biopics tend to follow a painfully familiar template. Frequently, out of an eagerness to not miss a single detail, films based on real events strain to include everything about a person’s life story. That trend is changing, though, with films like Lincoln and Selma narrowing in on specific events to increase focus and heighten the clarity of their character portrait. With Danny Boyle’s Steve Jobs, the formula is defied again, as Aaron Sorkin’s screenplay divides neatly into three portions; each set in the moments just before product launches presented by Apple co-founder Steve Jobs (Michael Fassbender).

By doing this, the film is able to show us glimpses of the renowned tech innovator within the context of the early struggles and the subsequent rise of Apple; a story many will already know well, especially when the company’s products—the iPod and iPhone, in particular—have been so influential on our everyday lives. The structure of Steve Jobs is distinctive, although arguably at odds with a coherent character journey. It also strains belief that the film’s story piles on quite as much drama as it does in the moments preceding each launch, but that’s a small quibble when so much of it is effective. 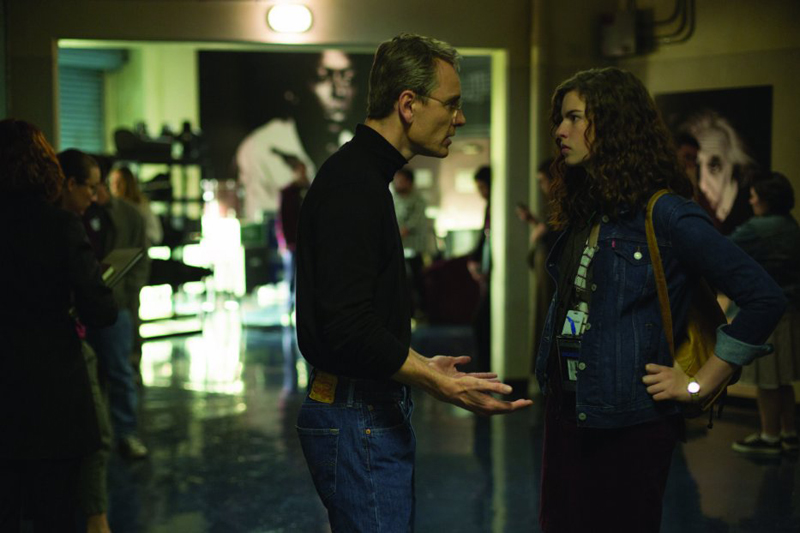 As you’d expect from anything written by The West Wing’s Sorkin, the dialogue comes thick and fast; sharp, witty and crammed with memorable quips. The script essentially creates scene after scene of people talking in rooms, and there’s almost no action to speak of beyond verbal sparring, so it helps that those arguments and conversations are as expertly depicted as they are. Some may complain that Fassbender looks nothing like Jobs, but there’s no doubting the skill of his layered performance and his masterful capability when it comes to delivering Sorkin’s words.

Along with Fassbender, the film centrally features Kate Winslet as Jobs’ marketing executive and confidant Joanna Hoffman; Seth Rogen as Apple’s other co-founder, Steve Wozniak, who’s constantly trying to get Jobs to acknowledge it’s the work of others that paves the way for his inventions; Michael Stuhlbarg as Andy Hertzfeld, one of the original members of the Mac team; and The Newsroom’s Jeff Daniels as John Sculley, the former president of Pepsi-Cola who helped Jobs run Apple. 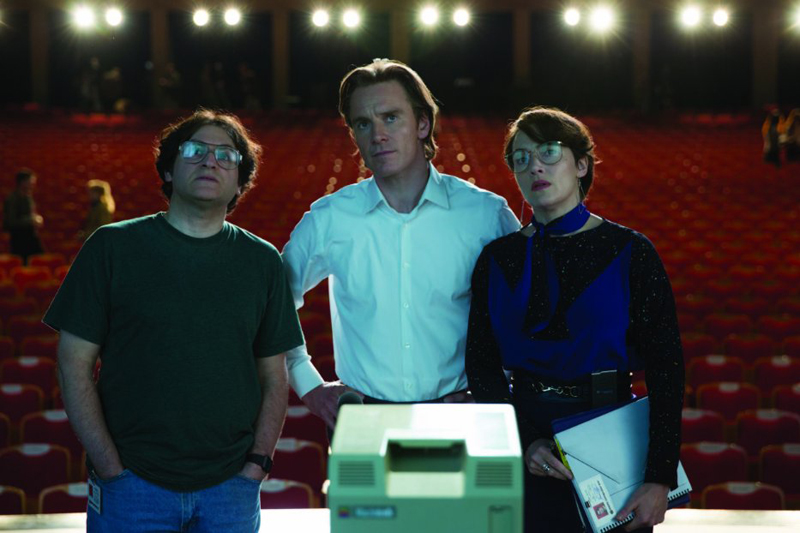 Danny Boyle’s biopic doesn’t give us a straightforward representation of Jobs, as you’ll find evidence here to support almost any opinion of the man. At times he’s shown as a gifted genius, others an arrogant hack, or an uncompromising perfectionist, or particularly smug and unkind. This film has been a surprise financial flop in the U.S on general release, and it’s no stretch to speculate that the unflattering presentation of a beloved tech maverick could be part of the reason. But, the film ultimately just wants to make sure we understand how important and essential his decisions were, even if it probably shouldn’t have attempted to fit in a couple of awkward references to the iPod and iTunes when its final launch is that of the late-’90s iMac.

Less of the focus is on the actual products and the technical side of what Apple accomplished under Jobs, though, as the film endeavours to tell us more about the man and his personal relationships. You walk away from Steve Jobs feeling like you may just have learned a lot of details about him (conveyed through Sorkin’s traditional ‘walk-and-talk’ approach to delivering exposition), but the film rarely allows you to get to know the character it depicts. We see less known details about Jobs’ life, as he aggressively disputes whether he’s the father to his daughter, and is dismissive and disrespectful to his colleagues and friends in shocking ways. Questions about the accuracy of some of the film’s plot points have surfaced after its release, but few doubt that Jobs was as harshly abrasive as we see here, with close friend and collaborator Wozniak even serving as a consultant on the film. 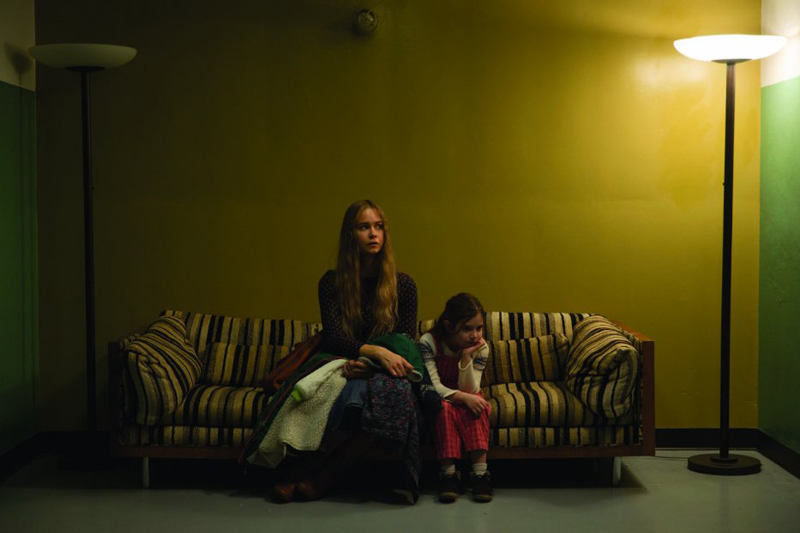 While smartly delivered, the film’s structure is also problematic. It’s hard not to respect the strength of the three individual components, and it’s especially impressive that they’re all filmed in different formats—the first in 16mm, the second 35mm, and the last digital—to demonstrate technological advancement, but it also quickly becomes clear that the first one is the most narratively potent and the last one’s the weakest.

Boyle accomplishes so much when it comes to atmosphere and tone in this movie, but the structure undercuts his work. Even if you come to this unfamiliar about the backstory of Apple or Jobs, the lack of connective tissue between the scenes is glaringly obvious, and the narrative construction dismantles any hope of logical character journey or clear emotional resolutions. It’s a different kind of issue to those of more formulaic biopics, as this one tries so hard to avoid the template that we don’t get to see much beyond snapshots, ending without giving us an impression of the full picture.

It has to be said that Boyle’s decision to cut away without ever showing Jobs’ speeches to introduce Apple’s products is a weakness. It’s clearly a choice of the screenplay, but it means every one of the three acts feels like a build-up without a conclusion. It makes the film feel somehow incomplete, and those product presentations surely would be the best way to add something to the narrative that hammers home  exactly why these computers have become so important.

Some have been quick to compare Steve Jobs to 2010’s The Social Network, but this isn’t on the same level as David Fincher’s energetic, relevant, endlessly fascinating film. Even so, despite structural flaws and a lack of emotion, the excellent performances and the magnificent words of Sorkin make Steve Jobs a compelling film with a constant sense of urgency and a great sense of conflict and tension throughout.

writer: Aaron Sorkin (based on the book 'Steve Jobs' by Walter Isaacson).