The work of former FBI special agent John Douglas revolutionised the Bureau, and by extension crime fiction. Douglas was a pioneer of criminal profiling in the late-1970s, and his career famously inspired author Thomas Harris to write Red Dragon and The Silence of the Lambs. Subsequent movies and television series were in turn inspired by Harris’s fiction, and these days the FBI and capturing serial killers seem to go hand-in-hand.

David Fincher has also been influential on the serial killer sub-genre in movies, following his breakthrough success directing Se7en (1995), which indirectly owed Douglas a debt. Zodiac (2007) followed much later in the filmmaker’s career, but underlined Fincher’s interest in the evil men are capable of, with a script adapting the real-life manhunt for the “Zodiac” in the San Francisco Bay Area during the late-1960s and early-’70s.

Mindhunter is a Netflix original series combining the story of Douglas with the aesthetic of Fincher. It gives us us a dramatised look at the birth of criminal profiling, using Douglas’s 1995 best-seller Mindhunter: Inside the FBI’s Elite Serial Crime Unit as its basis. Stylistically, it feels like the small-screen cousin of Zodiac (chronologically almost a sequel to that story), focused on the time when the FBI’s Behaviour Sciences Unit (BSU) began developing ways to classify violent crimes and create ways to predict a killer’s moves based on traits and habits. In the late-’70s this was a fresh idea and a new way of tackling the sickening crimes that seemed to be proliferating across the US, post-Charles Manson. 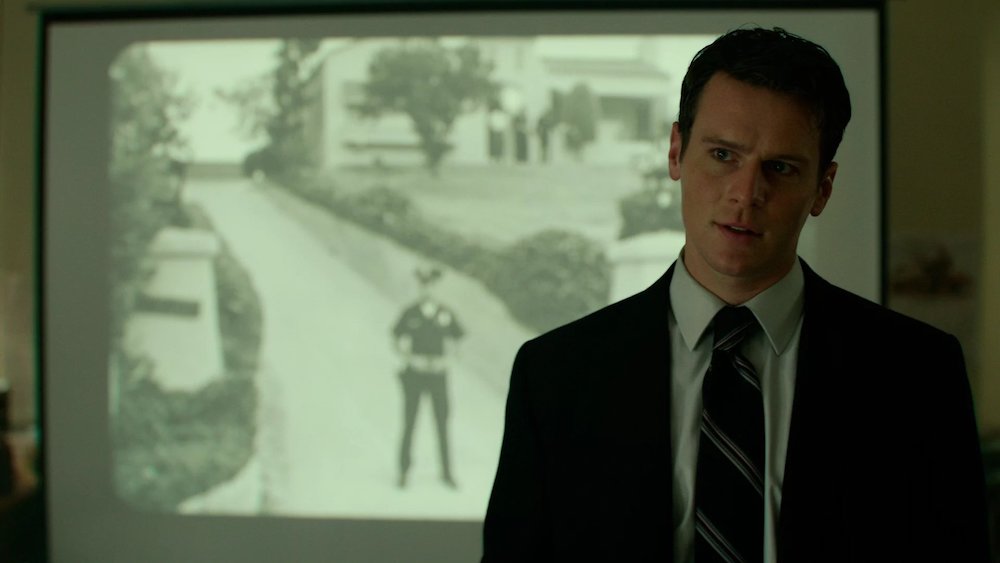 In the series, we follow clean-cut FBI special agent Holden Ford (Jonathan Groff), a character based on John Douglas who likewise becomes a founding father of criminal profiling. Ford’s a hostage negotiation specialist who starts working for agent Bill Tench (Holt McCallany), based on criminologist Robert K. Ressler, helping him interview famous psychos to try and understand how they think. Their work forms part of a study by psychology expert Dr. Wendy Carr (Anna Torv), based on Dr. Ann Wolbert Burgess, who uses their interviews to aide her research into the thought processes behind violent crimes.

The first thing to note about Mindhunter is how it’s a very different beast to Se7en and Zodiac, so don’t expect a cutdown version of those movies. The story here involves very little “action” in the traditional sense, as it’s more about spending time with characters in long exchanges of dialogue, where they’re usually sat in prison cells, restaurants, cars and planes. It’s the antithesis of everything Hollywood has audiences expecting about stories concerning serial killers and the FBI. There are no car or foot chases, no scenes of grisly murder of stomach-churning autopsies, or body parts being posted to the cops with a taunting message written. 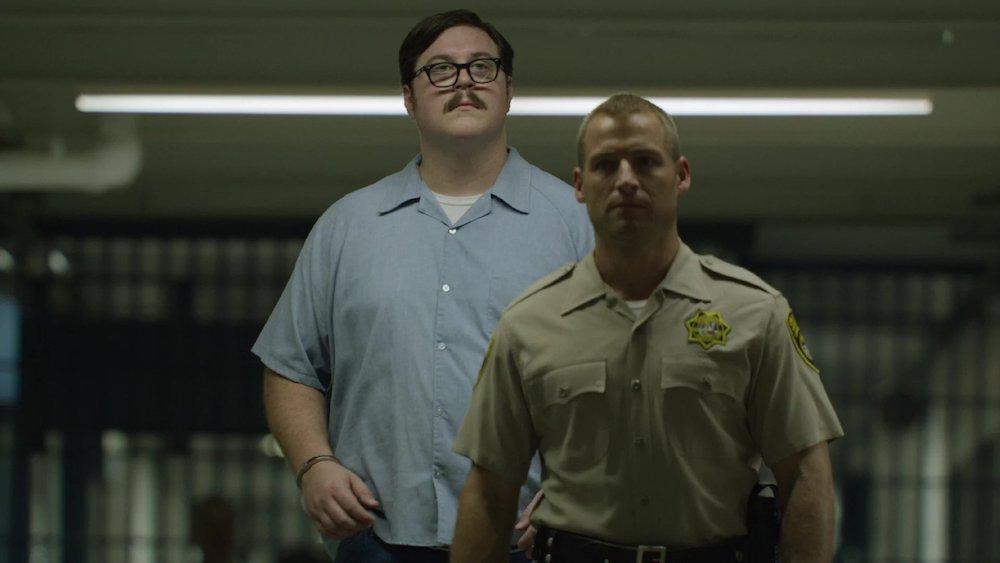 But that’s not to say Mindhunter is dull and not worth investing some hours in. Just be prepared for something cerebral and slower than you may be accustomed to, based on who’s involved and what it seems to concern. It’s the kind of show that favours attention to detail and subtle character development over flashy action and cliffhangers, but there are still plenty of tense scenes that’ll have you spellbound thanks to the excellent acting and great dialogue (often taken directly from real-life taped recordings). The best of these happen during the interviews Holden and Tench undertake, focusing primarily on three real-life serial killers: Edmund Kemper (Cameron Britton), Jerry Brudos (Happy Anderson), and Richard Speck (Jack Erdie).

Scenes involving either of those felons are the clear highlights, as they each get to the heart of what Mindhunter has to say. The reality of what a serial killer is and does is frightening because they’re often just sad and tragic figures. They’re not larger-than-life Machiavellian monsters who love classical music and opera. They’re damaged people who had terrible childhoods, who never learned how to fit into society or develop normal relationships. 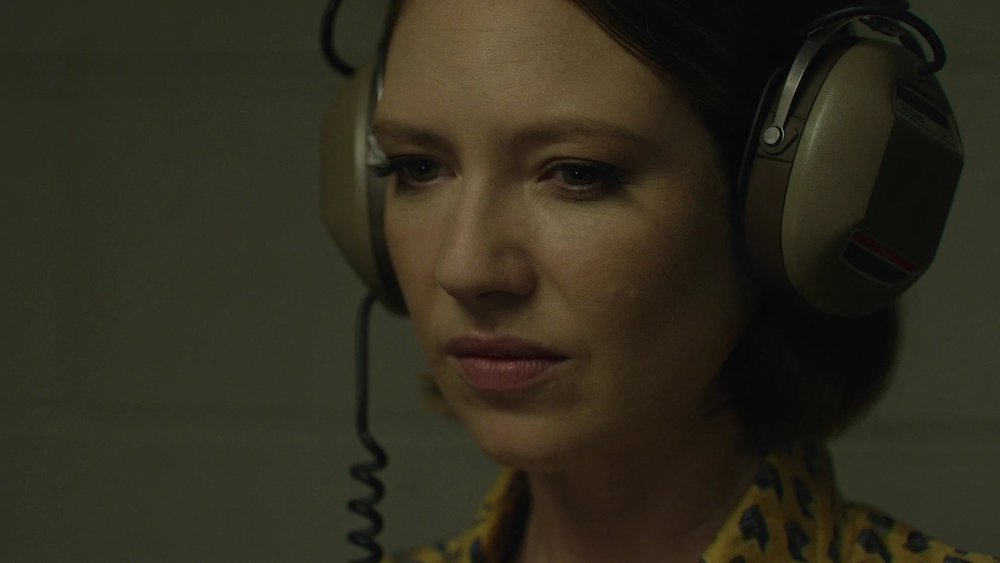 Take Kemper, who forms a strange friendship with Holden over the course of the season—in some ways becoming the Hannibal Lecter to his Will Graham. Kemper murdered several women, plus his own grandparents and mother (even performing a sex act on the latter’s decapitated head), but he’s a quietly spoken guy who seems pretty unremarkable and placid. Only his physical size makes him stand out, as he’s 6’9″ tall and weights 250Ib. The scary thing is how someone so “ordinary” committed crimes that are so grotesque and unconscionable, which is exactly the question Holden and Tench try to answer. Something went very wrong with all three men to turn them into monsters, and understanding their commonalities (like a tendency to light fires and torture animals as kids) may help spot the warning signs in others.

Indeed, one of the more intriguing arcs of the season is when interviewing Jerry Brudos, a shoe fetishist who bludgeoned and strangled four young women to death. They know his kink and play on this to ensure a truthful dialogue by giving him footwear to masturbate to. Later, Holden becomes suspicious of a school principal making his staff and parents uncomfortable because he tickles children’s feet as punishment for bad behaviour. Innocent fun designed to form a bond with the kids through tactility and laughter? Or the start of something more ominous that could escalate into him becoming another Jerry Brudos? 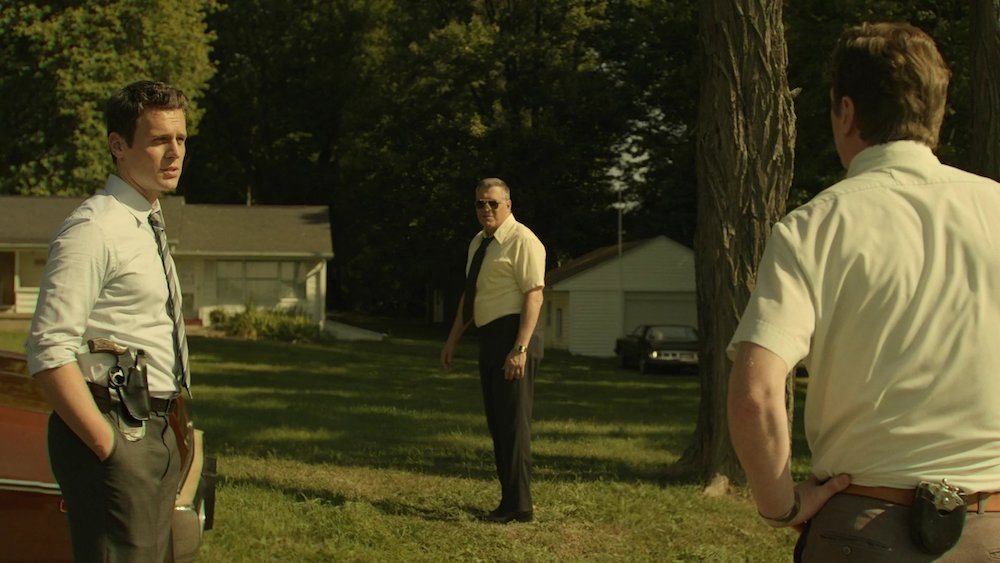 Mindhunter does a good job selling the toll of doing this kind of word, too. Holden starts off well-adjusted and fascinated by the whole endeavour, but gradually becomes suspicious of ordinary people and quite arrogant about the importance of his work. In one scene, he also finds he can’t perform sexually when his student girlfriend Debbie (Hannah Gross) dresses provocatively and triggers memories of Brudos’s fetish when he touches her stilettos.

Tench also has ironic problems understanding his own adopted son, who hasn’t spoken a word in years, and is less comfortable with Holden’s belief that “serial killers” (as he coins them) have to be spoken to differently in order to gain their trust. You have to give the impression you’re on their wavelength and share their views, to an extent, or else they just see you as a G-Man. It’s a technique that forms another part of the show’s internal drama, when Bureau top brass discover an interview transcript redacted profane language used to make the interviewee more comfortable.

This is a good human drama about a niche job, set during a fascinating time for modern policing. The ’70s backdrop is evoked very well without going overboard with the fashions and music, Groff and McCallany have a great onscreen partnership, and there’s excellent support from Torv (finally getting a decent screen role post-Fringe). 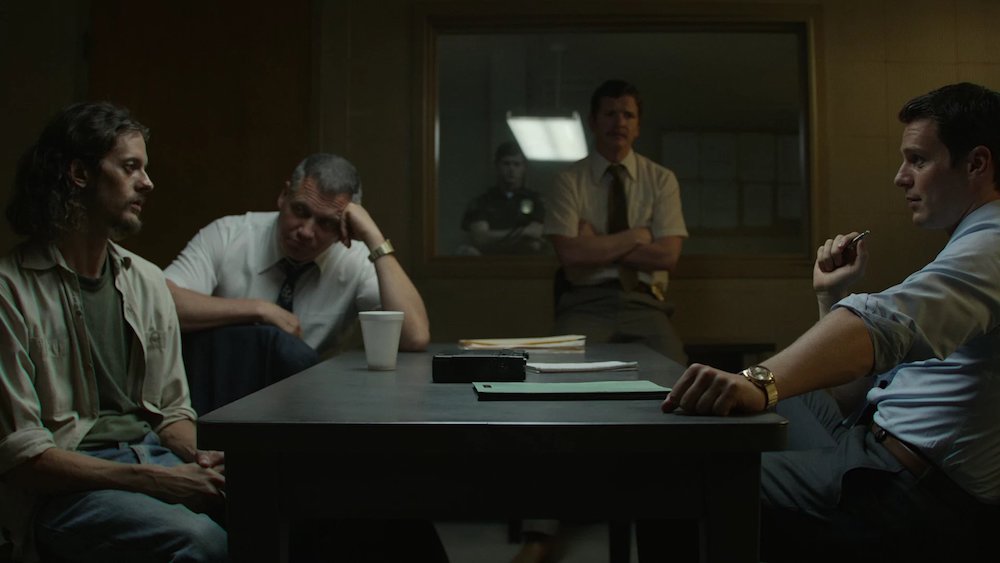 The interviews are the standout (partly because they’re taken directly from actual audio recordings Douglas made), but there’s plenty of other things to chew on in terms of how getting inside the minds of killers starts to twist your own head.

It certainly won’t be for everyone, but if you loved Zodiac and want something in a similar vein, this should do nicely. But it’s not perfect. The pace is a little too sluggish in places, the story takes awhile to sink its hooks, and there’s a slightly frustrating narrative device whereby each episode opens with a further glimpse at new serial killer in the making going about his business. The latter may have worked if it actually went somewhere decisive in the finale, but it doesn’t, so most viewers will be confused by its prominence and doubt its relevance to anything this season. (Some light research online will elucidate you about who that character is, and where things might be headed, but should you be expected to Google stuff like that?)

Mindhunter isn’t the most action-packed and gripping of dramas, bit if you’re a fan of slow-burn storytelling that dives into the heads of its characters, this is possibly the best example since Mad Men. It has a verisimilitude and style that sets it apart from other shows today, and there are signs this first season’s just a gentle introduction and the writers are going to start tightening the psychological screws come season 2.