Tibor Takács made his directorial debut with this US-Canadian co-production, which was also the first big screen credit for actor Stephen Dorff, who was fourteen at the time. The Gate was made for $6 million in Toronto, grossing $13.5m at the box office, which was enough to warrant a sequel I’ve never seen called The Gate II: Trespassers (1990). Takács also directed the follow-up, before segueing into television with The Red Shoe Diaries and the mid-’90s remake of The Outer Limits.

The Gate actually plays very much like a feature-length Outer Limits story, or a nasty and dimwitted Twilight Zone. I remember watching it sometime in the early-1990s, after setting my VCR to record a late-night showing, and a few of the visuals seared themselves into my memory. Predictably, The Gate is far stupider and less frightening to me in adulthood, but it’s benefitted from the passage of time to become another example of mid-1980s horror that’s not actually for kids, despite starring a lot of them. 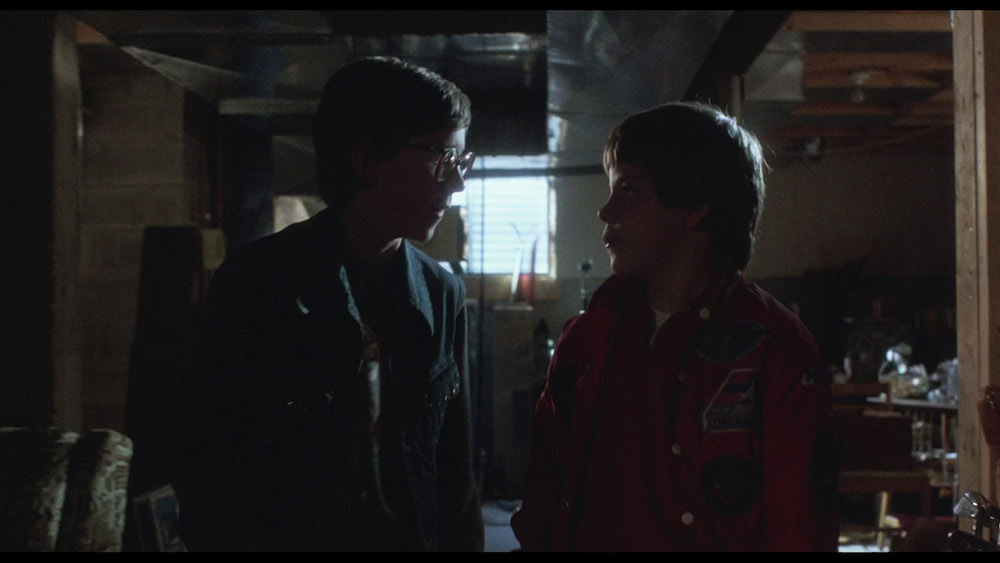 It’s an odd thing that 1980s Hollywood churned out so many movies about small groups of kids encountering the otherworldly, either in family-friendly fare like E.T: The Extra-Terrestrial (1983), edgier adventures like The Goonies (1985), or outright horror like The Monster Squad (1987) and Stephen King’s It miniseries (1990). You don’t see many films like that nowadays, unless they’re intentionally mining ’80s nostalgia — as with the It (2017) remake, or Netflix’s Stranger Things series.

Perhaps that’s because US studios now have an eye more on the international market, where stricter film classification rules mean horror movies starring young teenagers will never be (legally) seen by that demographic at the multiplex. Perhaps in the ’80s the US market was lucrative enough not to worry about that issue, and studios were happy enough to make the money back overseas through home video? 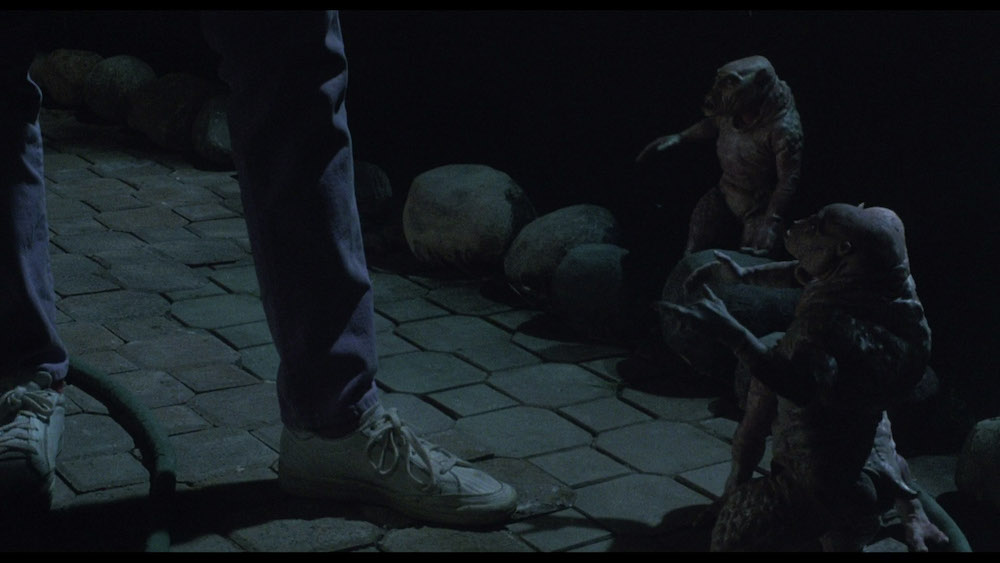 Regardless, The Gate concerns 12-year-old Glen (Dorff), his 16-year-old big sister “Al” (Christa Denton), and older best friend Terry (Louis Tripp), who find themselves under siege from demonic forces after finding a gateway to hell in their backyard. “The Gate” is revealed after a bolt of lightning strikes Glen’s treehouse, causing the tree to be uprooted, expose a smouldering pit where Glen and Terry find a strange geode. Or was that just a nightmare Glen was having? What’s real and what’s imaginary is kept open for debate. In classic “lose the adults” style for any children’s adventure, Glen and Al’s parents leave town for a few days, meaning Al invites her friends over for a house party, while Terry starts wondering if recent strange events might be explained by heavy metal songs written by a band who based their lyrics on book about evil gods.

The Gate will undoubtedly remind you of lots of ’80s movies, but it also touches on the classic urban legend about satanic messages hidden in vinyl records that can only be heard when played backwards. Actually, this is probably the movie where that idea was introduced to me. Tibor Takács was actually a recording engineer for Toronto punk band The Viletones before becoming a director, so part of me wonders if this element was added by him after reading Michael Nankin’s screenplay. Incidentally, Nankin would go on to have a successful career himself in TV, as both writer and director on shows like Chicago Hope and the Battlestar Galactica remake. This being an early effort from him, one can perhaps forgive how simplistic the storyline is, and just how many genre cliches mount up. Al’s school friends even tell ghost stories together, although there’s no campfire to sit around, and it’s very obvious how things will resolve thanks to the rule of Chekhov’s gun — or Chekhov’s rocket in this case. 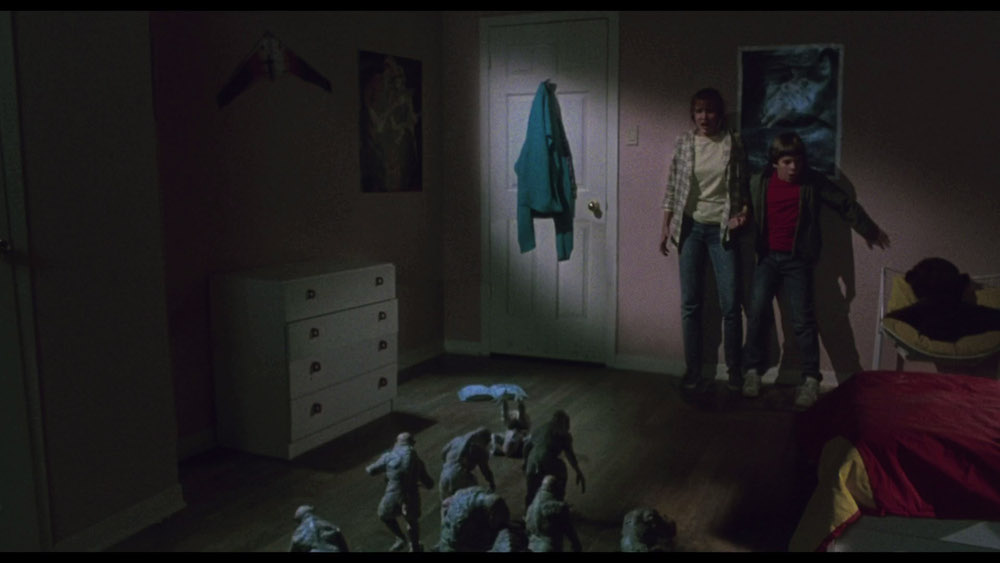 While it’s unoriginal and the characterisations are basic, what rescues The Gate are its inventive visual effects in the second half. It seems to take forever before the smokey hole starts to spew up some hell-spawn, but when it happens the movie is elevated once it’s a more straightforward ‘spam in a cabin’ horror — even if things never get as chaotic and nasty as one would hope.

Even by the standards of 1987, The Gate is a relatively tame affair, although there are moments that have stood the test of time. In particular, dozens of knee-high Morlock-esque demon “minions” become the primary source of antagonism for the kids, and their blank expressions flesh-eating tendencies give them a surprising amount of personality. And I love the old-school effects by Randall William Cook, with men in rubber suits shrunk into scenes with ropy greenscreen compositing. There are still a number of shots that’ll make you squirm, because whenever the kids interact with the minions (in puppet forms) there’s a tangibility you don’t get with CGI. And whenever the critters are being stop-motion animated, there’s something very unnerving about them that modern effects can’t replicate. 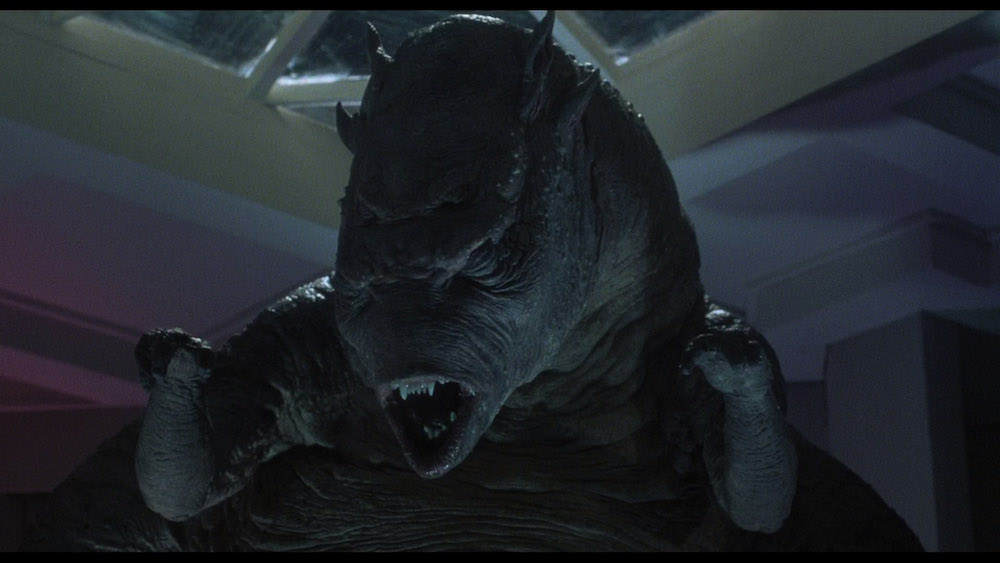 Had I been an adult in the late-’80s, I would probably have thought The Gate was entertaining but resolutely average for a horror movie. That seems to have been the perception from contemporaneous critics, too. As a kid, less accustomed to horror and how films are made, The Gate was a memorable experience that has resulted in me appreciating it more in later life. It’s not a great movie, but it’s competently made and neatly performed by the young stars, who have to carry the bulk of the narrative and do a good job. There are clearly a lot of missed opportunities for more imaginative creatures and better set-pieces (perhaps impossible to achieve due to the budget restrictions), but there are also some very effective visuals and scenarios.

I’ve always loved the ghoulish visual of Glen finding an eyeball in his palm, then deciding to stab it, or the climactic stop-motion “Demon Lord” who rises from the floorboards like an End of Level Boss in a video game. It’s just a shame Nankin’s original idea to have the demons invade the entire town, Gremlins-style, dragging neighbours into the streets for slaughter, wasn’t possible. Although even that feels reminiscent of Krampus (2015), which suggests The Gate influenced a generation of ’80s kids who became filmmakers. 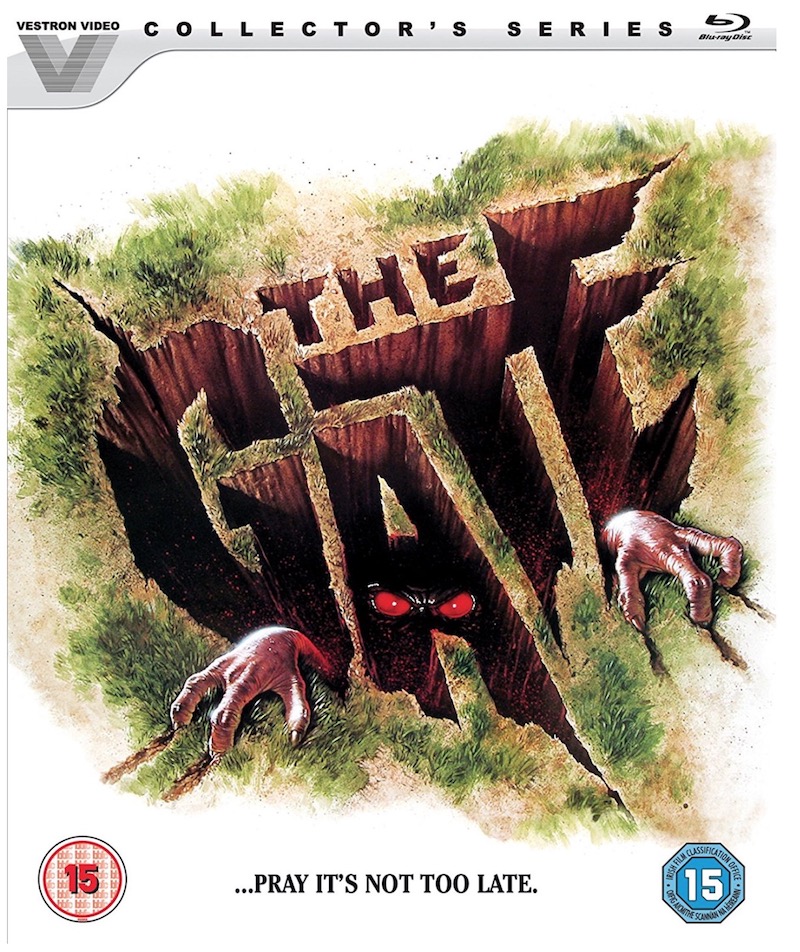 Lionsgate’s Vestron Video imprint brings The Gate to Blu-ray with a decent transfer that’ll please fans (especially if your formative memory is on VHS), although the visuals are of variable quality throughout. Colour is generally good, however, with a detailed 1.85:1 image that looks its best during scenes in daylight. The DTS-MD audio track is a lot better, with pleasing low rumbles and surround sound echoes, ensuring dialogue is always clear.