Don’t Knock Twice, a British horror from The Machine director Caradog W. James, starts promisingly. The opening credits are evocative: a beautifully shot fire burns… and as the flames lick and peel away the kindling, creepy images are slowly revealed from within the blaze. Unfortunately, that’s about as good as it gets for Don’t Knock Twice, as the rest of the movie is largely abysmal.

The story, muddled mess that it is, sees a teenage girl named Chloe (Lucy Boynton) running afoul of the supernatural, and fleeing to her estranged mother Jess’s (Katee Sackhoff) protection inside her sprawling country home. Unfortunately, Chloe’s thoroughly upset the local witch (or possibly demon? The film can’t decide), and bumps in the night — or rather knocks at the door — soon follow her. Can Jess protect her daughter and repair their relationship at the same time? Or will Chloe’s ill-advised game of knock-down-ginger see them both dragged off to hell?

There’s a little more to the story (historic deaths, a friendly-or-is-he? cop, something about demon slaves and suicide), but it’s so sloppily presented that trying to parse it out any further is a fool’s errand. The stilted script and horrible performances — not to mention the obvious, lazy score— don’t help matters. Even worse is the total dearth of any real scares, which is surely a capital offence for a horror movie. 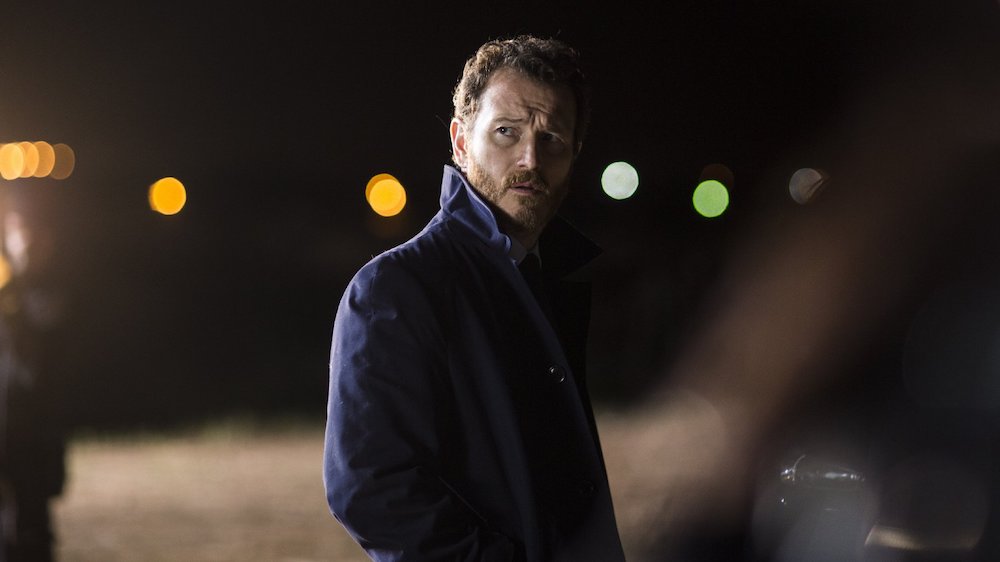 Granted, there are a few redeeming elements. The design of the witch-demon-thing is admittedly creepy. It’s not new, as fans of the far superior Lights Out will be familiar with the design, but it’s at least effective. The witch’s jittery movements make for a very unsettling physical presence. And credit to the sound design for utilising the always-horrifying screams of foxes for atmosphere. As anyone who’s lain awake at night hearing them screech outside their window will attest, foxes screaming is a sound that more horror movies ought to make use of.

And a special shout out to Lucy Boynton, who delivers the film’s only decent performance. Her turn as Chloe is about the only thing that convinces. Sing Street star Boynton is a promising young actor and deserves far better than this. As the ostensible lead, Katee Sackhoff barely shows a glimmer of the intensity and commitment that made her the breakout star of Battlestar Galactica. There’s one affecting scene which proves there’s a good dynamic to be explored here, with Jess delivering an impassioned speech about the love she has for her disillusioned daughter, but it’s just that — one scene. It’s a great moment for Sackhoff, but it’s also such a noticeable uptick in quality that it only highlights the film’s struggles everywhere elsewhere, and so it’s left to Boynton to carry the whole . And as the lamentable eastern European mystic Tira (a character that takes the ‘magical ethnic’ trope as a guidebook rather than a caution), Pooneh Hajimohammadi gives perhaps the worst performance I have ever seen in my entire life. 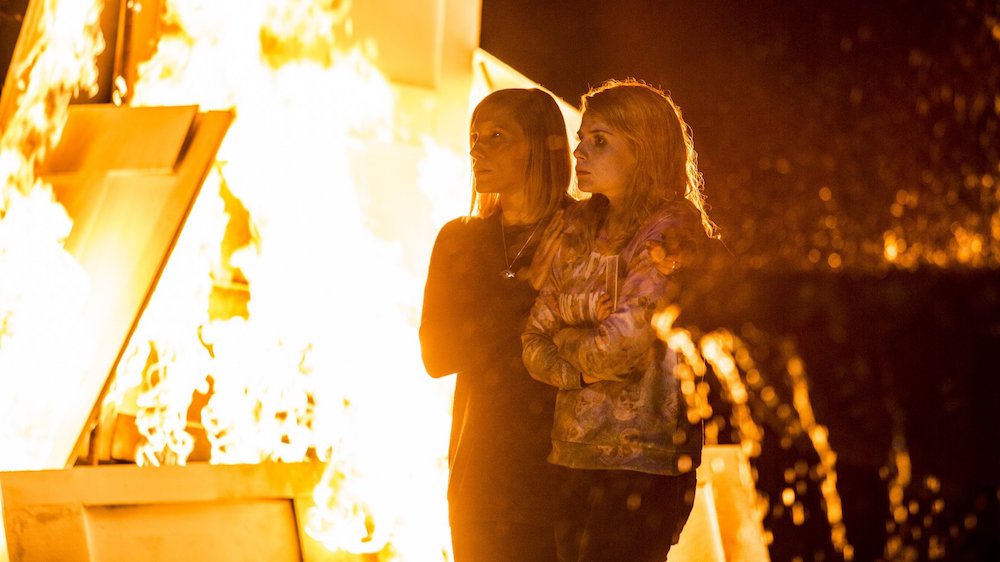 Don’t Knock Twice seems to struggle in different ways at different times. In one scene it’ll be odd directorial choices from James; in another the direction may be fine, but the stilted script laughable; and on the rare occasions those elements are working in tandem, the risible performances will ruin things. It must be difficult to convince working with a story and script as slapdash as this, but still. The film’s commitment to throwing in nonsensical plot twists, seemingly at random, is just fuel on the flames.

By the time the story takes us to ‘hell’ (read: a forest with a cut-rate smoke machine), you’ll have long-since stopped caring. And even if you are still invested in the story, you can rest assured the twists will soon undermine even that. Nothing hangs together, and the film doesn’t even use the solid central idea of the monster’s trademark door-knocking to good effect. There are plenty of creepy notions ripe for exploring (the kind of derelict house by a motorway that most of us have driven past many-a-time; the creepy statuary that Jess sculpts for a living), but they’re not utilised well enough. A scene where Jess and Chloe remove and burn all of the doors in their house at least shows the potential that the premise holds — what would you do if you could never risk being indoors? — but moments like this are few and far between.

Boynton shines, and there’s some eerily macabre imagery, but this is a subpar effort in nearly every regard. Twice? Don’t even bother knocking once.