It’s to the great credit of director John Lee Hancock (Saving Mr. Banks) and writer Robert D. Siegel that the most impressive thing about The Founder, a film about the rise of McDonald’s, is its subtlety. It builds gradually and avoids the signposted plot points that most biopics are built around. As well as being Hancock’s best work to date, it’s an excoriating takedown of the entire ideology America was built upon. The film makes a point of portraying Ray Kroc (Michael Keaton) as a well-intentioned, affable salesman to begin with, before detailing his unspectacular transformation into a predatory businessman and eventual CEO of the McDonald’s Corporation. 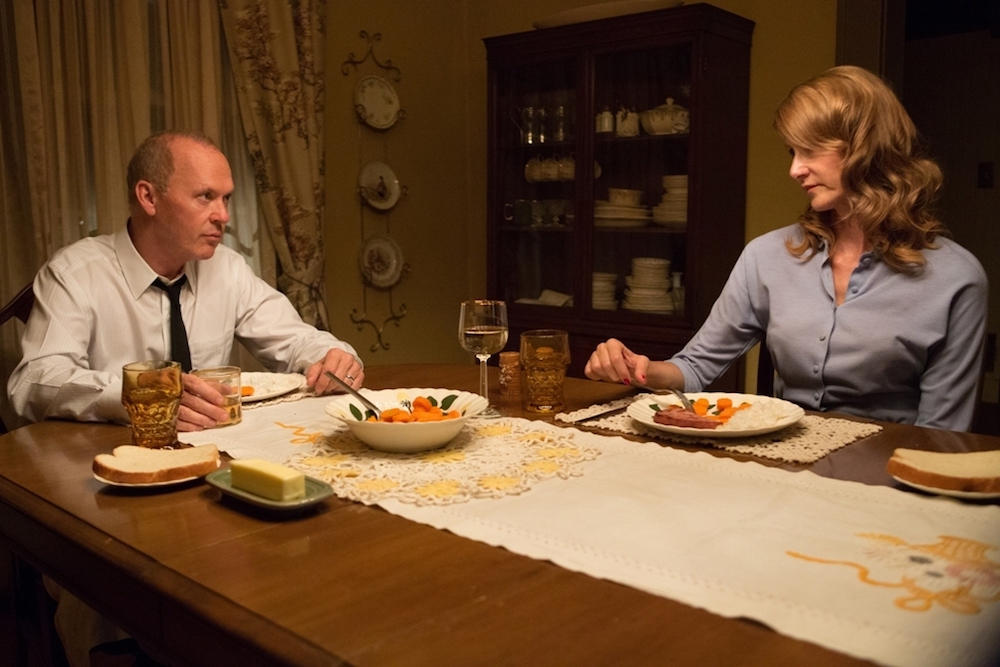 When we first meet Kroc, he’s delivering his dull sales patter to camera as he tries to shift milkshake multi-mixers to diners in the Midwest. The only whiff of a sale he gets is when he receives a call from a diner in San Bernardino called McDonald’s. Their order of six multi-mixers leads Ray to assume that there’s been some kind of mistake… but, when he visits the diner, he finds a well-oiled machine that churns out burgers, fries, and soft drinks at an almost incomprehensible pace. No sooner has Kroc seen the inner workings of McDonald’s, than he wants in on it. The sibling owners, Mac (John Carroll Lynch) and Dick McDonald (Nick Offerman) are rightly wary of this salesman’s advances but eventually agree to let him franchise the company in other states. However, not before long, Kroc’s growing restless and yearning for ever greater control over the McDonald’s brand.

It’s not that Kroc represents an unexpected deviation from the palatable form of capitalism embodied by the McDonald brothers. Instead, what hits the business and its real founders is the arrival of the status quo, the inevitable end point at which their money-spinning business concept always had to arrive. That’s capitalism; that’s the way it works, and picking apart this process is what the film does so well. Without grandstanding or liberal hand-wringing (both of which are all too common in Hollywood films with a social conscience), The Founder paints an ugly portrait of the business world’s ruling logic. 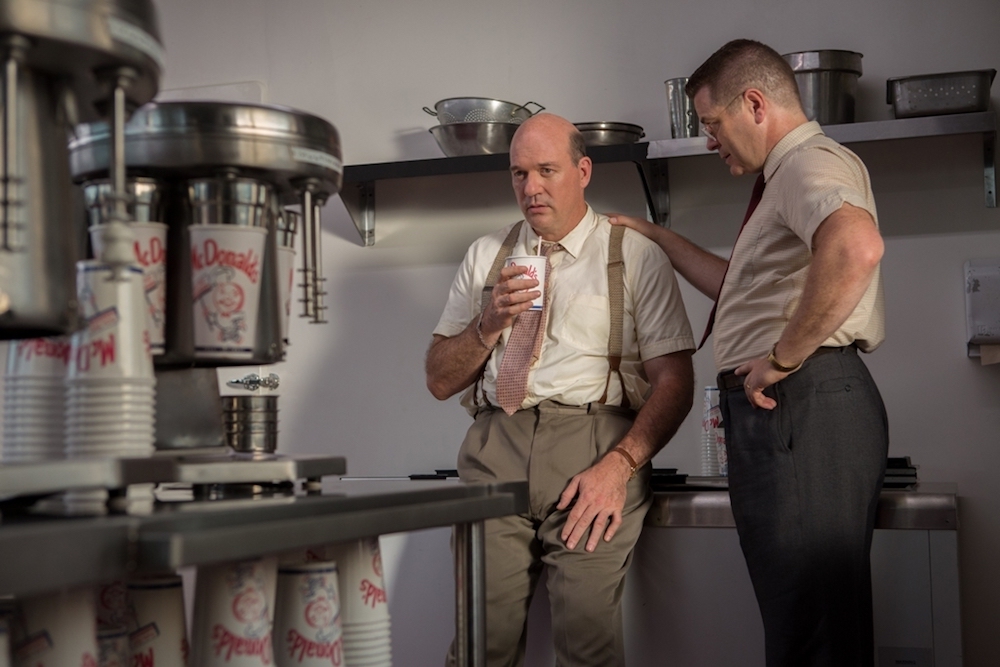 Kroc certainly wants to be a self-made man, even if the business that made him was stolen from other people. While he’s still struggling as a salesman, he sits in his motel room at night listening to motivational recordings which tell him that persistence, rather than education or other contributing factors, is what makes a man successful. He turns his belief in these entrepreneurial platitudes into a self-fulfilling prophecy. He’s not about to quit, so if he persists, he has to find success eventually, no matter what price it comes at.

It’s a shame, but not a surprise, that The Founder has fallen by the wayside in terms of awards contention. It’s an undeniably bleak depiction of its subject matter and the American Dream. The movie tells us that success in business only comes to those willing to rid themselves of their humanity and become cold, mechanical manipulators. The necessarily dehumanising aspect of this kind of success is summed up nicely when Kroc says, after grabbing the business and tossing aside his loyal wife, “contracts are like hearts: they’re made to be broken.”