Due to the manner in which Academy Awards contenders are usually released in the UK, we often spend months listening to praise being heaped upon each nominee before we see them for ourselves. Moonlight is one such example, and when it sticks to what it’s best at, the film certainly justifies the hype that’s surrounded it for what seems like forever. Barry Jenkins proves himself to be the finest director of conversations working today, as very one of Moonlight’s exceptional scenes features little more than two characters talking…

Many of these conversations and one-on-one interactions prove to be life-changing for Chiron. We first meet him as a small boy nicknamed ‘Little’ (Alex Hibbert) running from a group of schoolyard bullies. Not wanting to go home, he hides out in one of poverty-stricken Miami’s abandoned apartments. There, he’s rescued by Juan (Mahershala Ali), a drug dealer who operates in the area, and, alongside his supportive partner Teresa (Janelle Monae), Juan gradually coaxes Chiron out of his shell away from the oppressive maternity of his drug-addicted mother (Naomie Harris). 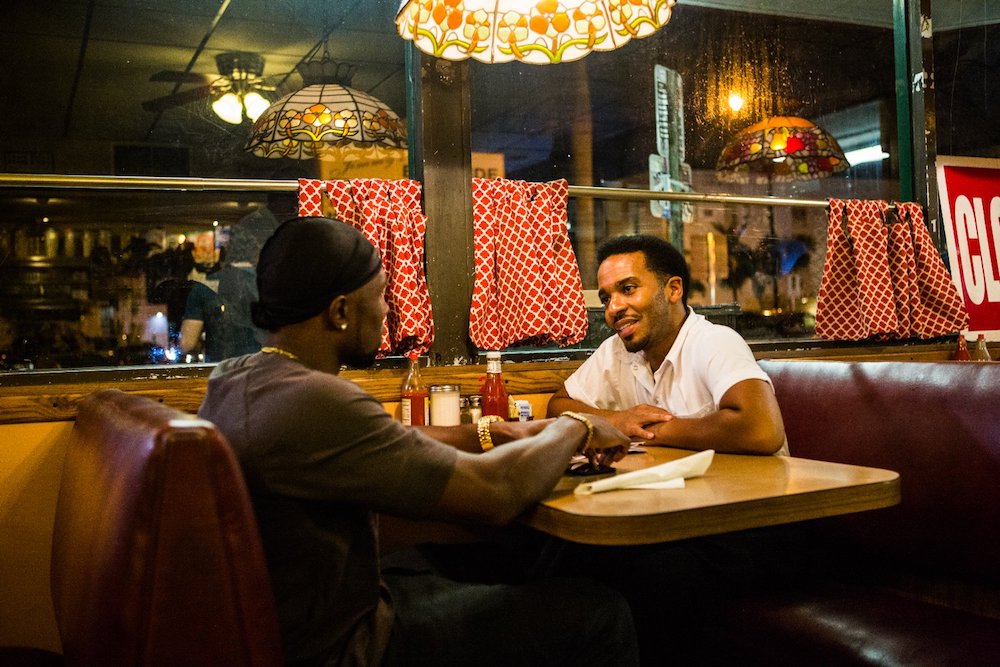 “Am I a faggot?” the boy asks solemnly, Teresa and Juan sitting either side of him at the table. Rather than dodging the question or dumbing things down for Chiron, Juan explains how he might be gay but that he shouldn’t let anyone call him a faggot. The scene is a perfect example of Moonlight’s penetrating yet specific moments that build until a film of incredible grace and rare beauty is created.

A few years are skipped and now Chiron’s (Ashton Sanders) an awkward adolescent, but recognisably the same boy as before. He further grapples with his sexuality, the spiralling addiction of his mother, and the bullies that now do far more than chase him after class. Constant abuse builds up to what seems like an inevitable outburst which lands Chiron in prison. When we next meet up, he’s a grown man (now played by Trevante Rhodes), apparently hardened by his time in prison and embracing the drug dealing lifestyle that he seems so ill-suited to. 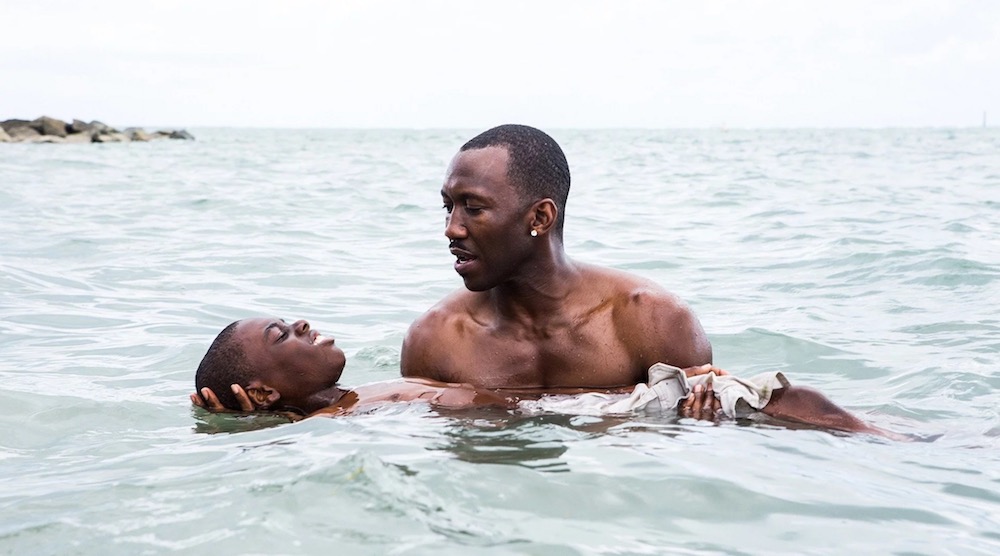 Jenkins and cinematographer James Laxton either drench scenes in the harsh rays of the Miami sun or shoot at night. The sea becomes an important motif which features in both night and day scenes — first, when Juan teaches Chiron to swim in a fatherly bonding session which the boy would otherwise be deprived of. All he has is his mother and she’s only occasionally in a fit state to care for him. The other time water plays a key role is when the adolescent Chiron and his friend Kevin (Jharrel Moncion) become unexpectedly intimate on a moonlit beach. It’s Chiron’s first sexual encounter, and the sound of the waves lapping against the shore feature prominently in the sound mix.

It would be a mistake to pigeonhole Moonlight as a film “about homosexuality” or “about race in America.” It’s both of those things, sure, but there’s no need to demean the film by categorising it as an ‘issue movie’. It demands to be seen because of its ability to take a precise, magnified focus on a particular situation and turn it into both a humane masterpiece and a gripping cinematic experience. As the credits roll, we’re left wanting to learn even more about Chiron and where his life might head next…

INVASION OF THE BODY SNATCHERS (1956)