Horror doesn’t end after Halloween! One unlikely source of more spooky entertainment is All4, which currently grants you access to the Walter Presents collection of fantastic foreign television. Walter’s most recent addition is something frightening from Japan, home of Ringu (1998) and Ju-on: The Grudge (2002).

Japan always push the boundaries of horror, so it’s no surprise that their television series Crow’s Blood has received worldwide attention. Having already aired in the US during October 2017, it’s been a long wait for British J-Horror fans, but was it worth it?

On paper the signs are good, with Darren Lynn Bousman on board as executive producer, having worked on a number of Saw movies, Fear Itself (2015) and Mother’s Day (2016). Horror TV is still underrepresented and often struggles to deliver scares on a regular basis, with dramas like The Walking Dead being more about character’s relationships than straightforward scares. If you know anything about those involved with Crow’s Blood (specifically the cast involved in Japanese girl group AKB48), then you might be expecting a show on the tamer end of the horror scale.

What awaits you is something far more sinister and surprisingly violent and gory. 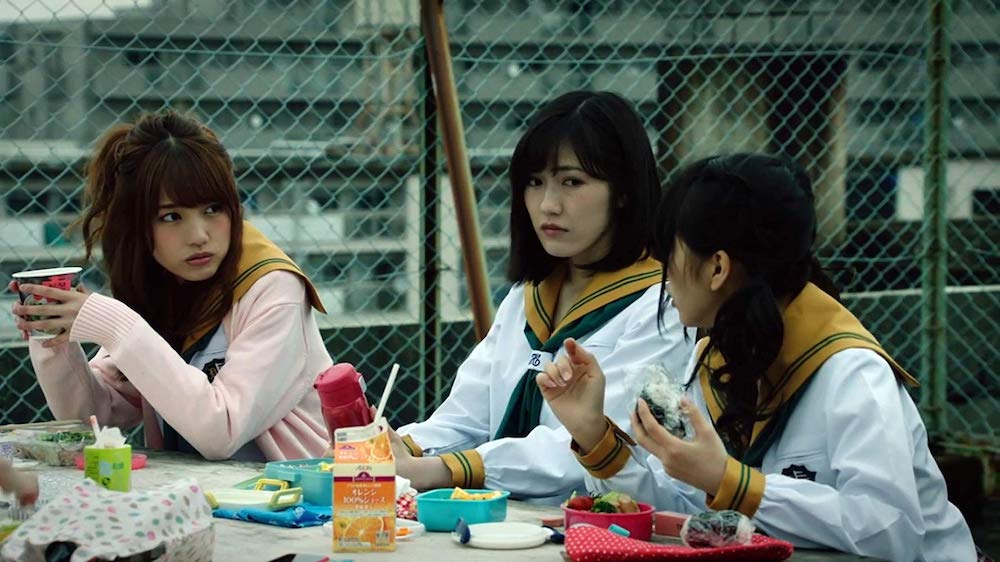 I can only imagine what it would be like to watch Crow’s Blood as a fan of AKB48, a seemingly wholesome and innocent female pop group. It must be like seeing One Direction in a snuff movie. It’s a whole different experience to watch the show in context, compared to approaching it with no idea who any of these people are.

Admittedly, I read up on those involved after the fact, but it does put a whole new spin on the series. Without any foreknowledge, it’s fair to say Crow’s Blood isn’t exactly the most original of shows. It’s a blend of familiar ideas coming together to create a moderately effective story. It’s not bad, per se, it just suffers from delivering scares that have been done better elsewhere. If you’re new to horror,  there are potential shocks here, but it’s a little disappointing for veterans of the genre.

The show focuses on a girls’ college and the suspicious mysteries that occur in and around the campus. There are plenty of disgusting and questionable moments relating to regeneration and investigations into coming back from the dead, but nothing is as straightforward as it seems. The aforementioned relationships at the heart of many horror dramas are rather distracting in Crow’s Blood, unfortunately, only in a more disturbing and icky fashion.

I don’t want to away any spoilers, but let’s just say you’ll be a little unsure of how to feel about one particular relationship. I realise these interactions between characters are necessary to further the story without just falling into horror set-pieces, but sometimes it’s just the most boring part of a series and you wish they could get on with it. 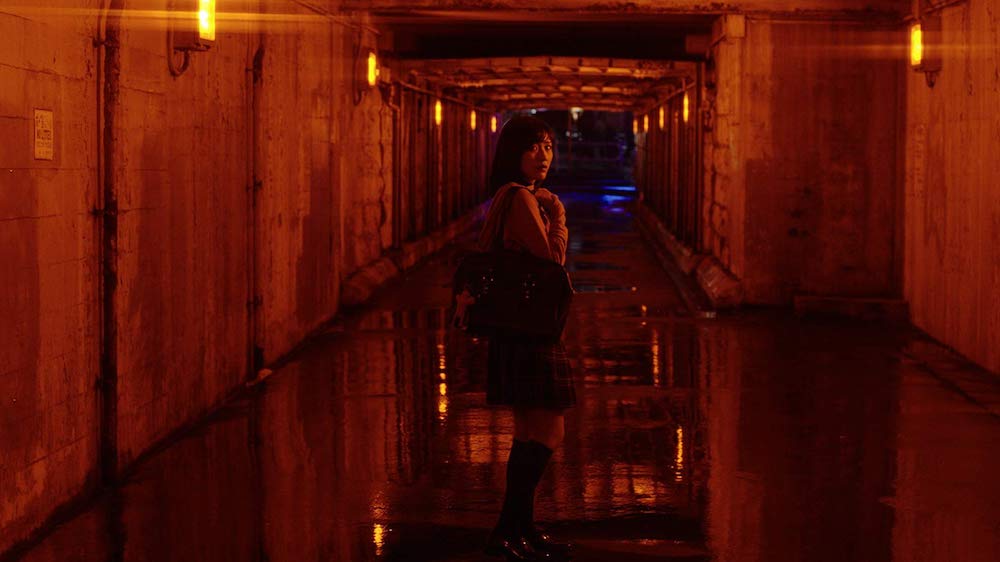 Saying Crow’s Blood is unoriginal is perhaps a little unfair. It does have a fair amount of self-awareness, and I’m sure Darren Lynn Bousman knows what he’s doing, although it’s hard to know how much involvement he actually had. This feels more like a series that wants to pay tribute to stories that have come before, and that means it doesn’t take itself too seriously.

E verything is OTT, from the gore to the acting, and once you wrap your head around what it’s trying to be it’s quite a fun ride. Lasting only 6 episodes, Crow’s Blood doesn’t overstay its welcome by stretching out the plot, as there’s little chance to breathe from start to finish. It’s an intense and crazy series that is exactly what you’d expect from Japan, and all credit to the girls from AKB48 for doing something completely different and out of their comfort zones.

With enjoyable performances (especially from Mayu Watanabe as Kaoru Isozak and Sakura Miyawaki as Maki Togawa), Crow’s Blood is a nice left-field distraction. It looks at the ethics behind scientific experimentation and the problems that come with it, but not in any great depth or seriousness. It gets a little silly and aims for humour along the lines of Re-Animator (1985), rather than having any real and thoughtful debate.

Presented in Japanese with English subtitles it works far better than the dubbed US version, and to be honest it isn’t a show that relies too heavily on dialogue. There’s more than enough visually to explain what’s going on—perhaps too much in some scenes! By the end of the first episode, you’ll likely be hooked and grateful for the chance to binge-watch the rest on All4. Just expect your dreams to be a little weird for a while after.