Halfway through Halt and Catch Fire’s third season, and things are starting to come together slightly. The show’s split between the ‘Mutineers’ and ‘MacMillanites’, as each group of characters appear to be edging towards a career-changing breakthrough. Joe (Lee Pace) has already tasted huge success, but it seems like he’s onto bigger things with his idea to develop a regional computer network — eyeing the possibilities of NSFNET, with protege Ryan (Manish Dayal) again half energised to be working simpatico with his hero, but also frustrated by Joe’s eccentric behaviour toward him. This week, catching him crying alone in his bedroom, unaware that Joe’s had a health scare with AIDS.

“Yerba Buena” (an early name for San Francisco, which Ryan believes is a city that keeps reinventing itself), had a lot to do with recapturing your past this week. Bos (Toby Huss) and Cameron (Mackenzie Davies) went back to Texas for the Fourth of July weekend, with Bos getting to see his newborn grandson (nicely foreshadowed earlier this season), and Cam back to retrieve her father’s motorbike because her parents are moving to Florida. She also met up with Tom (Mark O’Brien), her ex-boyfriend, who parted ways from Mutiny on bad terms. He was a good character last season; a coding expert similar to Ryan, but with more of a personality. It was a brief scene, maybe just a bit of fan service, or a way for Cam to get some vital techie information to use later, but I’m hopeful he will return to the show and bring some balance for Cameron. 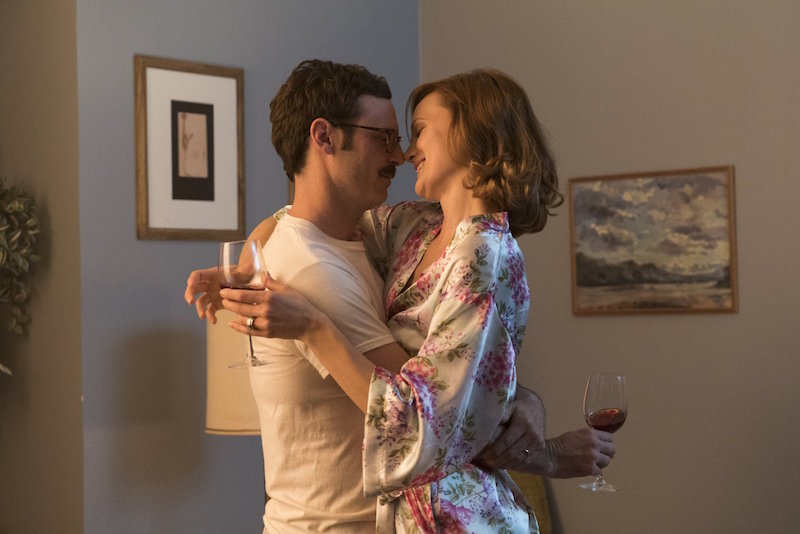 Back at Mutiny, the Swap Meet co-creators had a great idea to enable credit card transactions to meet the demands of their users. But despite this being a great idea in Donna’s (Kerry Bische) eyes, business partner Cameron was annoyingly reluctant. Continuing the theme of last week, it seems that Mutiny’s creators are destined to clash as their outlook for the company’s future seems incompatible. And yet, much later, after Donna had moved ahead with the idea in Cam’s absence, it became clearer that Cam actually has a valid reason to doubt the whole idea: they’d be making $2 per transaction, giving $3 away to a middle man, and their customers would be paying $5 more for a transaction they can already achieve in a slightly less convenient way. The idea probably still has merit, regardless, but after discussing it with Tom she’s found a way to cut out the middle man, provide the service for free, and only require one extra employee instead of twelve. 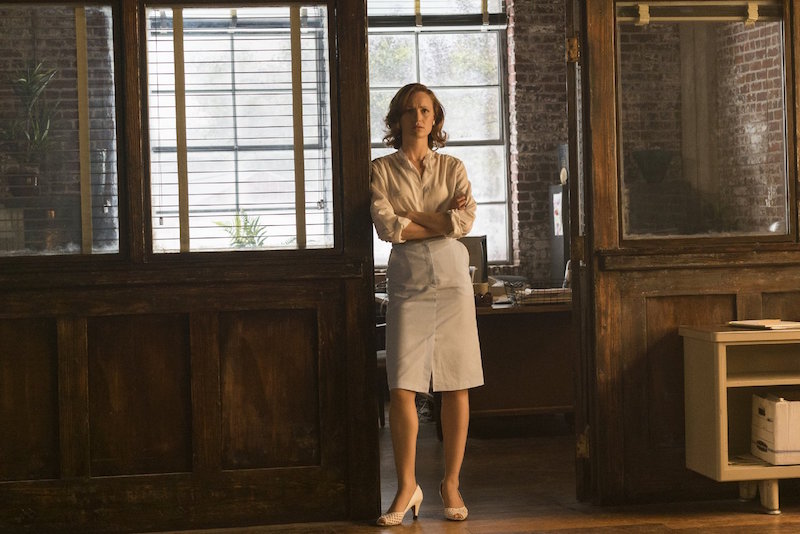 The whole disagreement was essentially another way to highlight that Cam and Donna are drifting apart, not being the cohesive partnership they once were, and Cam has a tendency to keep her ideas to herself and lambast other people’s ideas without explaining her reasoning. Cam’s more of an ‘aloof genius’ than Donna needs a business partner to be. As predicted last week, Cam later called Mutiny’s benefactor Diane (Annabeth Gish) and during the conversation it became clear that Donna lied about being overruled when it came to firing the Swap Meet guys. So with no trust between them, Donna prone to bending the truth to get her own way, and Cam stuck being maddeningly insular, is Mutiny doomed?

Gordon (Scoot McNairy) and Donna also spent time together for the holiday weekend, with a “staycation” (a few decades before that term was actually coined). It began well, with them having lots of uninterrupted sex and smoking joints, but being so relaxed around each other ultimately had a negative effect for Gordon — who was astonished to hear Donna confess that she doesn’t really like camping, their original vacation plan. And as something the family have always done together over the years, Gordon’s surprised to realise his wife’s been faking her enthusiasm for so long. And if that aspect of their relationship is built on lies, what else might be? It sure seems like Donna keeps certain things to herself, aware the truth will complicate or destroy certain dynamics she depends on. After such a good start, this reveal seems to have pushed Gordon back to his ham radio. 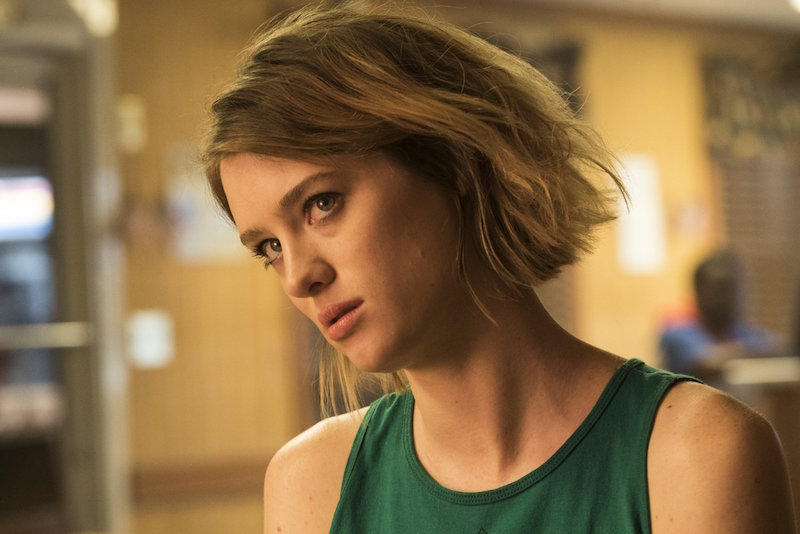 More than family, this episode was really about security versus discovery. The latter comes with danger and risk attached, while the former delivers safety but is predictable and boring. Family sits in the ‘security’ category and it seems like Cam is often drawn back to feeling of nostalgia and is very protective of existing things. She daren’t let Mutiny evolve beyond exactly what she wants it to become, with everyone else’s opinion immediately wrong. On her trip home, she uncovers a flask she’d hidden behind a brick in her family home’s chimney (marked ‘Mutiny was here 84–84′), and spent the Fourth of July drinking it as the fireworks went off behind her. A party that celebrates independence, which is what Cam’s all about. She’s understandably protective of Mutiny, to a difficult extent, and it may be her undoing.

The episode ends with Cameron at a miserable low point, but with an intriguing glimmer of hope in the final seconds. Now aware that Donna’s been lying to her face to push her own agenda through, and that the ideals she wants for Mutiny aren’t truly shared, she retreated to a darkened room and curled up on a bunk to give herself a hug. Only, she then pulled out a ring from her pocket and smiled at it. What did that ring represent for Cam? My best guess is that it actually represents divorce, not marriage, thinking back to her parents’ situation and their split. Divorce isn’t anything to smile about, but at least when it’s over you’re free and single again. Is Cam thinking of splitting from Donna and doing her own thing now? Or perhaps the ring made her think of her ex, Tom? Is she going to get him back?

“Yerba Buena” was a good mid-season episode, pushing the relationships into a more dramatic phase. The Clark’s marriage could be on the rocks again, Cam and Donna’s winning partnership looks close to ending, and Bos and Cam had a big argument in Texas. Only Joe and Ryan seem to be moving towards better things right now.