When it comes to making films that score big at the global box office, Steven Spielberg is your man. The renowned director is the most commercially successful filmmaker ever. The competition isn’t even close, considering his movies have made $3 billion more than runners-up Peter Jackson and James Cameron. The modest budget and sombre tone of Bridge of Spies had nobody surprised it didn’t rake in cash, but expectations are higher for a big-budget summer movie. The BFG is a $140 million, family-friendly fairytale—it’s also, sadly, a box office flop that’ll have some wondering if the Spielberg effect is beginning to wear off.

That The BFG, an adaptation of Roald Dahl’s book, hasn’t proven to be a hit is a shame, as it’s a delightful piece of filmmaking. Unsurprisingly, Spielberg directs with his usual style and flair, adapting a charming tale that makes a refreshing change within summer blockbuster season. It’s a visually imaginative film that prioritises emotion and subtlety throughout its adventure, in a way that will entertain both kids and grown-ups. Even if you think the director’s lost his touch at the box office, there’s no denying his skill for telling a good story, especially when it’s accompanied by a typically beautiful score from John Williams. 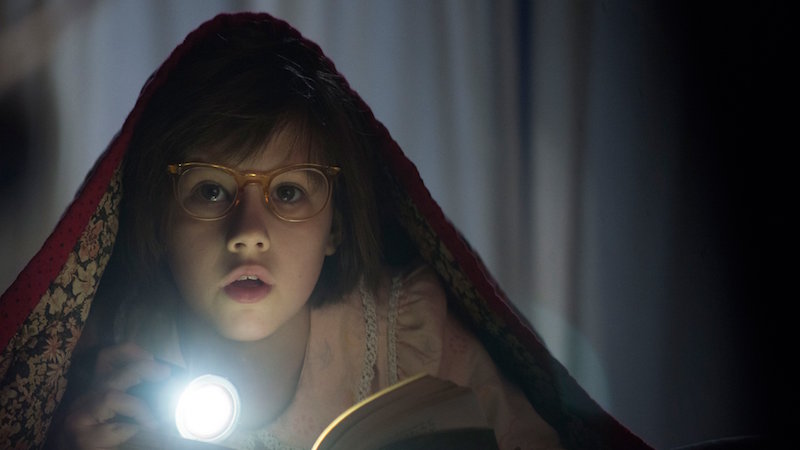 The story is that of orphan Sophie (Ruby Barnhill), who meets the eponymous ‘Big Friendly Giant’ (Mark Rylance) when he steals her away from the orphanage for having caught sight of him late at night. Initially scared of this enormous old man, Sophie comes to find that the BFG is a benevolent giant who only took her because he was worried she’d tell everyone about the existence of his kind. He also doesn’t eat people, unlike the other brutish giants living in Giant Country, who torment him and go out hunting for humans at night. The BFG instead busies himself with capturing dreams and delivering them to the world’s sleeping children using a long trumpet, and eating a disgusting ‘snozzcumber’ vegetable to sustain himself. Fresh off an Oscar win for Spielberg’s Bridge of Spies, Rylance is perfectly cast as the kindly giant, and newcomer Barnhill is terrific as the precocious and brave young heroine.

There’s a remarkable power to Dahl’s stories that makes them so timeless. There are significant stretches of this film where it doesn’t feel like much is actually happening, but even with its almost two-hour runtime, you’re very unlikely to lose interest. The quieter moments where the BFG and Sophie talk about their lives and experiences while becoming friends are some of the film’s finest, and it’s to its credit that it largely doesn’t shy away from the book’s darker undertone.

Sophie hides great sadness with beneath her bravado, feeling lost and lonely at the orphanage, while the BFG has known friendship and loss before in a way that shaped his character. The other giants are also fearsome, with a sequence in which they bully BFG being quite uncomfortable to watch, but they’re never so scary that they become unsuitable villains for a film that, with its PG rating, is designed for children first and foremost. 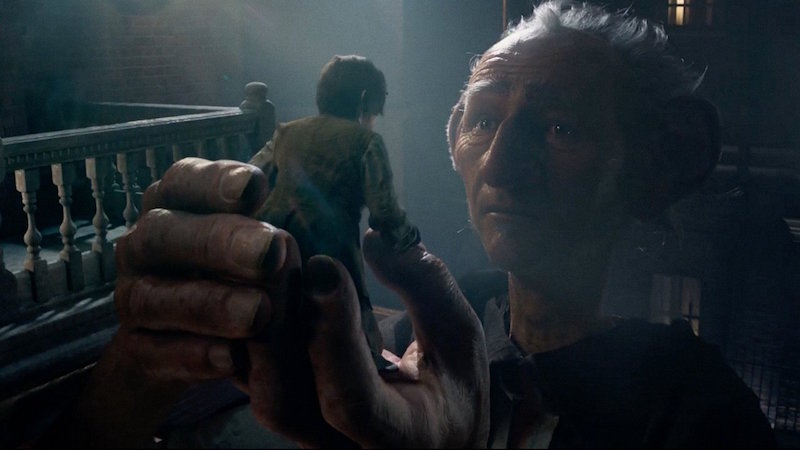 Spielberg knows his target audience well, and kids are likely to leave this loving the BFG and his amusingly offbeat way with words, known as ‘gobblefunk’. There’s no doubt the director knows how to deliver comedy as well as wonder and spectacle, but this film hasn’t been marketed well enough to younger audiences and doesn’t have the benefit of a big star to draw in a crowd.

In this faithful adaptation, the spirit and heart of the novel are captured perfectly. Any critical points are very minor—the film sags a little in the middle, the character design for the BFG occasionally suffers from ‘uncanny valley’ effect, and it sometimes lacks dramatic urgency—but none of them detract from the gorgeous and confident filmmaking.

The BFG is a charming, sweet family film released at a time when there are too few of those. Some may say there’s too little story here to sustain a feature-length film, but there shouldn’t be any doubt there’s more than enough heart to carry audiences through to the end. It might not work for everyone, but if you loved the book as a kid you won’t be disappointed.

writer: Melissa Mathison (based on the book by Roald Dahl).