Bridge of Spies (or Mr. Hanks Goes to East Berlin) is a seriously classy piece of refined, plush cinema that manages to balance the heft of the countless geniuses involved in the film (Steven Spielberg, the Coen Brothers, Tom Hanks, Mark Rylance) with delicate, elegant ease.

You feel safe watching this film. It’s the kind of feeling you get when Joe Root walks out to bat for England, or your Nan walks towards you with a cup of tea: you sit back with no need to worry. Root, your Nan, and Steven Spielberg know exactly what you want: hundreds, two sugars, and shit loads of intrigue, respectively. 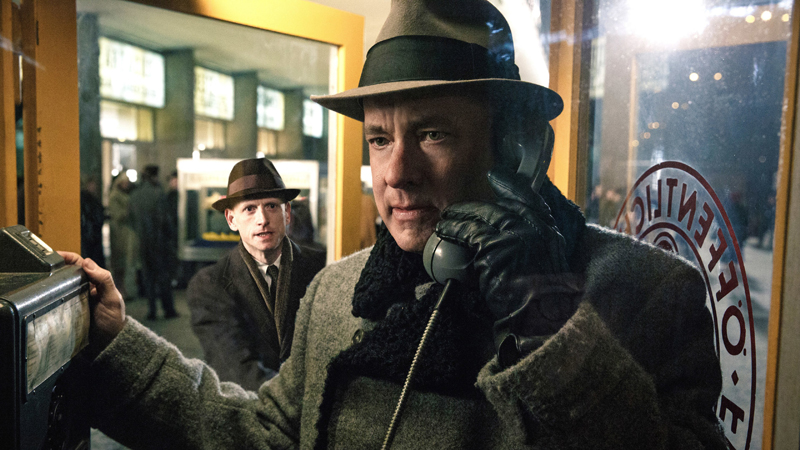 During the experience of defending Rudolf, Donovan develops a respect and a distinct understanding of his client’s whispered patriotism. He’s sympathetic to the softly-spoken mystery man. Rylance’s performance as Rudolf is that of a shy Force Ghost in a sad suit, and is sure to open Academy voter’s eyes. Whether the actor’s blowing his nose, painting, or shaving—every movement is a studied quirk you can’t quite trust, but want to.

Rylance’s scenes with Hanks are a huge delight, with an undeniable chemistry simmering beneath all their witty dialogue—the amount of recurring jokes in Bridge of Spies verges on sitcom, and Hanks and Rylance make total sense as a displaced Odd Couple. Oscar and Felix go to court.

A version of this story was almost made in the mid-’60s with Gregory Peck in the Hanks role and Alec Guinness as Rylance’s spy; and as much as I would’ve loved to have seen Obi Wan Kenobi explain to Atticus Finch how there’s not much difference between America and Russia, I am glad it’s taken half-a-century to get this story told. This is the dream team. 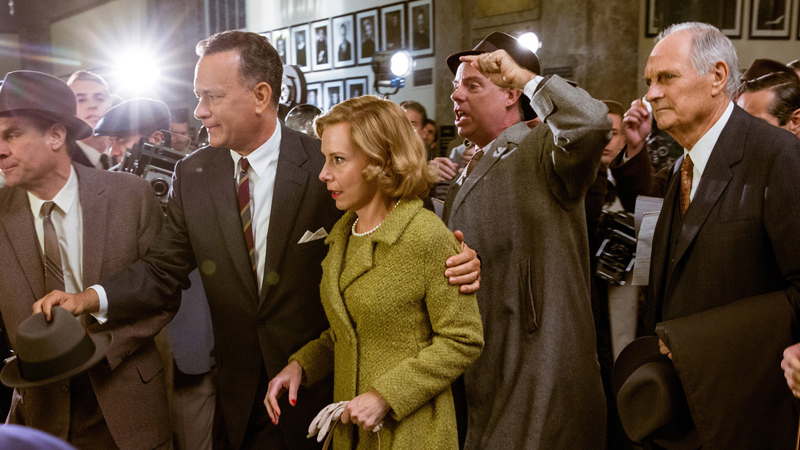 Hanks continues to carry a unique charisma on the silver screen. He’s particularly endearing when playing sympathetic characters (Forrest Gump, Chuck Noland, Andrew Beckett), and Donovan may be his most sympathetic yet. A family man with adorable children and an adoring wife (Amy Ryan), his cavorting mission into the chilly depths of East Berlin is taken with justice as its only aim—not extra air miles or power—and at every turn, in his spectacular coats, Hanks cuts the figure of a stately Prince, charged with saving the kingdom.

There are terrific performances, too, from the incomparable Alan Alda as Donavon’s boss, and the increasingly special Jesse Plemons (Breaking Bad)—who stars as a snarky soldier in a role the young, strawberry blonde Phillip Seymour Hoffman might have played.

But not once does Bridge of Spies get weighed down by the size of its stars, the legacy of the filmmaker, the real life story its based on, or the terrifying weight of our contemporary situation that provides a weird parallel to this story of Cold War espionage. A brand of cinematic espionage last seen in Tinker, Tailor, Soldier, Spy, it’s hushed and heavy, practiced by iconic thespians. 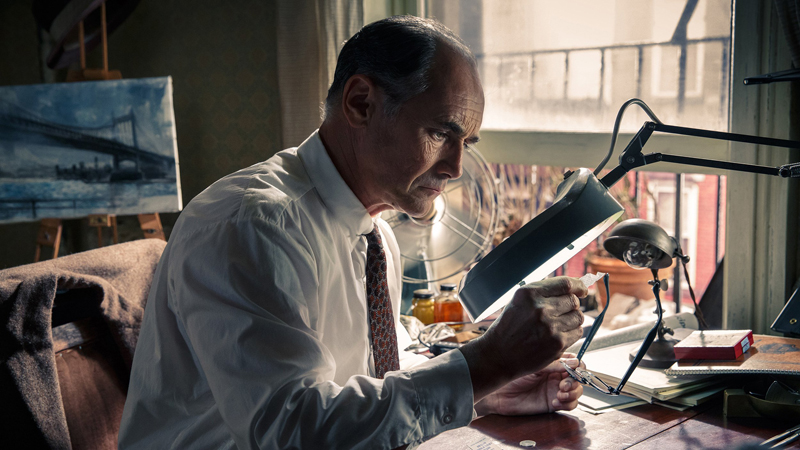 We live in an age of paranoia and double-crossing, of nations sparring over the airwaves and shooting down airplanes. Bridge of Spies reflects the early-21st century, with the only scene of bombastic action featuring a U.S plane being shot down in a twirling blaze of fire and drama that feels like Spielberg flexing his muscles and embracing his iconoclast. I watched Bridge of Spies the day after a Russian plane was shot down over the Syrian border by Turkish fighter jets. This scene stuck as a moment of eerie prophecy—that we’re stuck in a miserable post-Cold War stand-off, doomed to make the same mistakes.

Though Bridge of Spies primarily concerns a battle between America and Russia, the fundamental theme of the film (fighting for dignity in an undignified age) is a message that remains very prescient.