As someone who’s seen too many horror movies over the years, I’m finding it harder and harder to be entertained by new ones. One of the most difficult sub-genres is the horror-comedy. Where something like Scary Movie (2000) can be funny to some, it’s a complete waste of time to others. You have to be brave to tackle two of the world’s most popular genres and combine them properly. Step forward Bill Watterson and his fantastical horror-comedy adventure Dave Made a Maze, co-written with Steven Sears. Neither man is very well known in the industry, so they’ve escaped that terrible pressure of expectation, and sneaked up on unsuspecting horror fans with a gem that offers a fresh experience.

For a directorial debut, Watterson doesn’t take any prisoners. Dave Made a Maze could easily fall into the trap of being off-the-wall for the sake of it, but it always feels like the story means something and the script remains tight. As the title explains, Dave (Nick Thune) is a creative guy struggling to get his juices flowing, plagued by the urge to finish something but never quite getting there. So what better way to focus his mind than to make a maze? Seizing an opportunity when his girlfriend goes away, it becomes clear that Dave is a bit of a special case with some very intriguing thoughts tucked away in that brain of his.

The maze is as much the star of the film as Dave is. The intricacy of the project and its various moving parts and cardboard creatures bring it to life and make for a fascinating watch. Thune captures the eccentricity of Dave perfectly as a man losing control and living with confusion, while Meera Rohit Kumbhani as Annie has to lead the charge from the other side, allowing audiences to go along for the ride and unravel the maze with her. I won’t spoil the surprises waiting around each corner, as half the fun is seeing what’s next, but suffice to say there’s some really weird stuff going on in Dave’s crazy maze.

The comedy comes from the friends Annie gathers together in order to document Dave’s maze and explore it further. A number of familiar faces—including Adam Busch (Buffy the Vampire Slayer), Scott Krinsky (Chuck) and Kirsten Vangsness (Criminal Minds)—make for a humorous gang to explore together, and each has great comic timing which helps bring the story to life. It’s one of those movies that could be absolutely ridiculous, but somehow the combination of inventive visuals, a solid script, and a good mix of actors means Dave Made a Maze comes together in a charming fashion.

However, by the end of the film it feels as if things are starting to wear thin so, thankfully, the run time’s only 80-minutes. But considering it’s a first-time effort from many involved, achieved on a ridiculously low budget, I was impressed with how much they pulled off. One can watch Dave Made a Maze as a simple but effective horror comedy, or you can even delve deeper into it as a commentary on Dave’s psyche. However one chooses to view it, the film’s undoubtedly one Watterson and Sears were passionate about, particularly considering the amount of work that went into turning their ideas into a feature-length narrative. And maybe that’s where the main issue lies, as Dave Made a Maze has a fantastic idea but perhaps not quite enough to succeed as a movie-length experience. Still, it feels like one of those lovable indie pieces that can get away with being a little rubbish because it’s so goddamn charming. You’re guaranteed to find a few smiles and that’s all that matters. One of the most original films I’ve seen in quite a while. 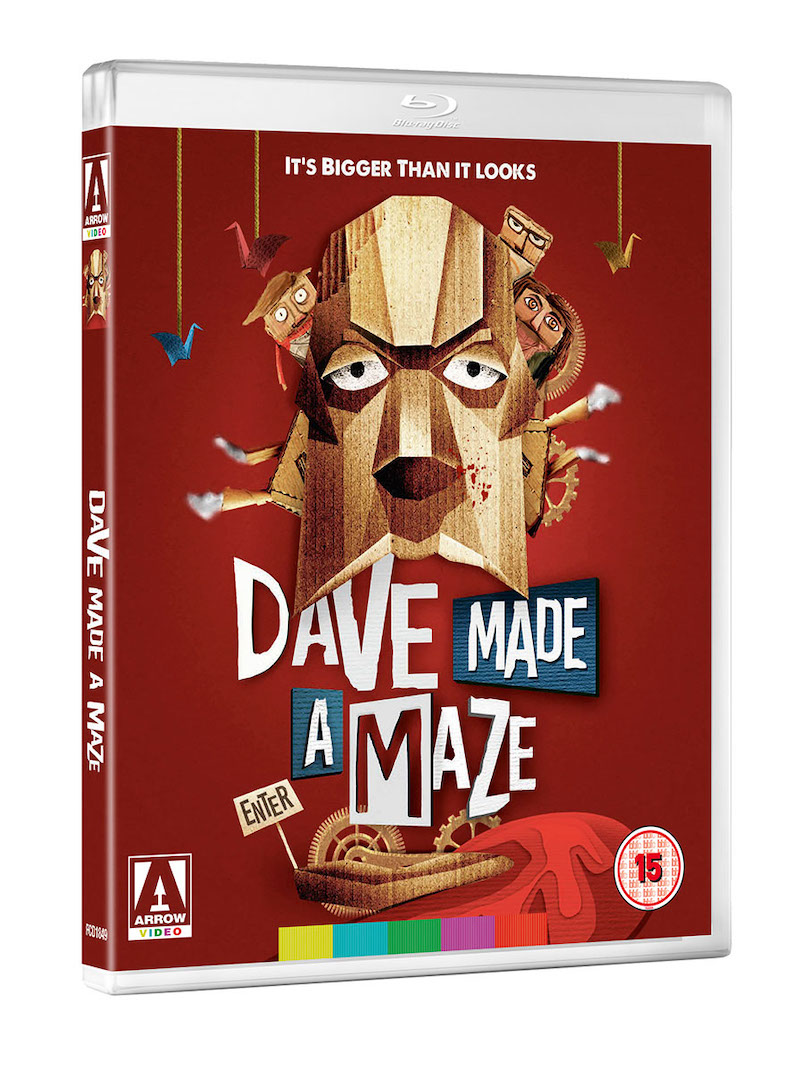