Sleeping with Other People was self-deprecatingly pitched by its own writer-director as “When Harry Met Sally for assholes” when it debuted at Sundance. Yet Leslye Headland’s more sincere intention for her bawdy but bittersweet rom-com was to create an open dialogue about loneliness.

Before they embark upon a decade of sleeping with other people, Jake (Jason Sudeikis) and Lainey (Alison Brie) sleep together; losing their respective virginities in Jake’s college dorm room after he offers sanctuary and sarcasm to the furious stranger he finds pounding on his neighbour’s door—the duller object of Lainey’s affection (and intended recipient of her virginity), Matthew (Adam Scott), conspicuous both by his absence and hold on her heart.

Flung together, and alcohol-confident, Jake and Lainey bicker and irrevocably bond. Flirting up a combative storm through the opening pages of Headland’s spirited script, and transcending the clumsy matter of their sexual misadventure with honest to goodness chemistry. But as night makes way for dawn, reality bites, and though they part as friends neither intend to meet again. 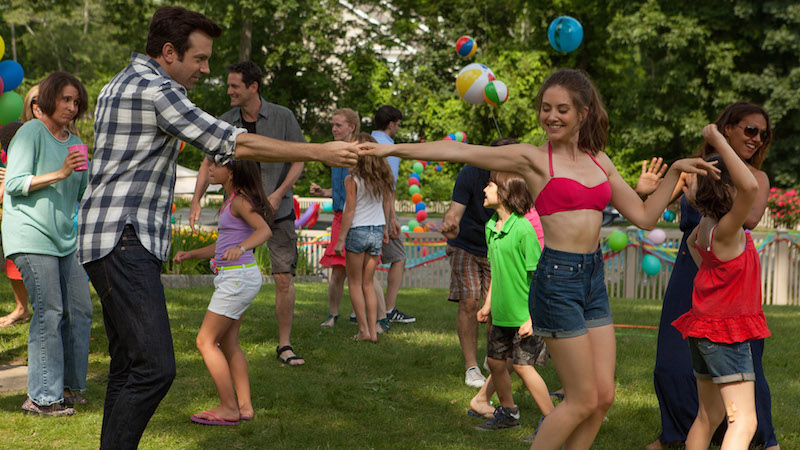 Forward we leap to the here-and-now, where Jake’s determined to crowbar a little crassness into proceedings. He succeeds with dubious aplomb (dropping the words “panties” and “moist” into conversation before the opening credits end), and finding a wider sociological context for cheating on his partner. We’re encouraged to conclude that Jake is a very bad boy indeed.

Lainey also refuses to behave like a traditional heroine; ruining her boyfriend’s plans for their future with a public confession of betrayal, and being caught in possession of a libido. These parallel forks in the road to true love lead Lainey and Jake to the same twelve-step recovery meeting; an improbable gimmick serving both as ‘reunite-cute’ and de facto permission to speak adolescently about sex for the remainder of the runtime.

At this point Sleeping with Other People reaches its own fork in the road. It simply cannot commit to an identity. Is this an Apatow-esque reimagining of When Harry Met Sally? Frequent affectionate nods to familiar beats of the Reiner/Ephron classic suggest that intemtion. Does it aspire to the ensemble style of Sidewalks of New York? Jason Mantzoukas and Andrea Savage are distractingly enchanting as Jake’s bickering married friends…

What is it trying to be? 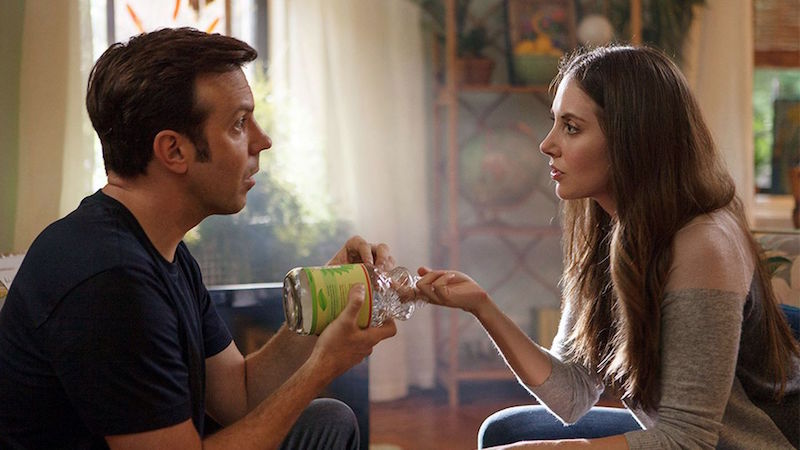 Too many things to too many people is the honest answer. By boldly tasking her anti-heroes with being sexy, smutty, complex, and lonely, Leslye Headland overburdens them with motivation and forgets an imperative of good storytelling: show don’t tell. Sleeping with Other People insists that Jake and Lainey have become instant best friends, without properly revealing how. It tells us Jake cheats but only shows him as attentive and loyal.

Headland and one of her leads do have the ability to weave plausible and moving truths between the many knob gags. Lainey’s ongoing entanglement with the elusive Matthew (Adam Scott, smugly moustachioed) is loosely sketched yet utterly, devastatingly, convincing. The deftly wrought comedy and tragedy as she spots and pursues him on his run are a testament to Brie’s talent and the ease with which she inhabits her character’s isolated outer and inner lives. 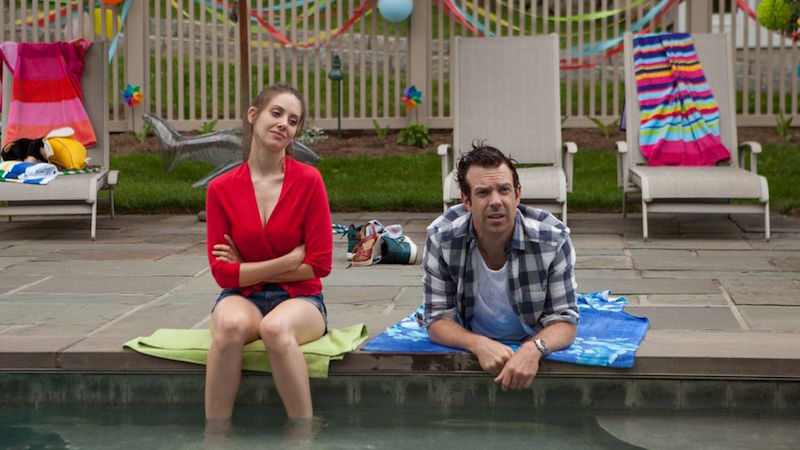 Ultimately, this promising but muddled rom-com flounders; lacking the authenticity and slacker charm of Joe Swanberg’s (curiously underrated) Drinking Buddies—whose gentle qualities of tone and pace would’ve played far better here. Drinking Buddies was a film which did succeed in gently evolving a believable male-female friendship and in chalking a fragile line of sexual tension for the protagonists to walk.

Sleeping with Other People is the movie equivalent of the beguiling stranger you click with in a bar: you feel incredibly drawn to it, it makes you smile in recognition of all the beautiful and awkward qualities you share, it promises something more than just generic flirtation… and then it says something puerile and reality sluices away the many ‘what ifs’ faster than the harsh lights of closing time.

This is a film trying so hard not to be the gentle rom-com it obviously is that it ends up punching below its own weight. Aspiring to be something shallower—played for easy laughs and cheap thrills—rather than the harder won smiles and chuckles that confess “Me too!” To its credit are a strong supporting cast, moments of intimacy which eschew leering camerawork, and likeable leads who sell the messier moments and ably earn their happy ending.

Sleeping With Other People is now available on DVD and to order through Amazon.

Written By
Emily Breen
More from Emily Breen
Wonder Woman is a child of the suffragette movement. The symbols we...
Read More