Jacques Rivette is an ongoing revelation for me. News of the French director’s death broke as I was part way through watching Arrow’s release of his 776-minute tour de force, Out 1 (1971), for the very first time. It’s easy to mistake the extraordinary running time and its longstanding (often mythical) reputation among cinephiles as a sure sign of quality, but there’s no doubt Out 1 is the work of an exceptional filmmaker at the height of his willingness to experiment and break the mould.

The running time shouldn’t put you off either—it’s structured as eight episodes, so it works like a miniseries with feature-length instalments. Rivette initially expected it to run on television before it was rejected by the French TV companies of the day, so it was screened once over the course of a weekend in 1971 and has only reappeared sporadically since. It was a project modelled on various long-form films, such as the early silent serials of Louis Feuillade (Les Vampires, Fantômas).

We open with a theatre group running through exercises that consist of pretending to be disabled children and other such nonsense. This troupe are preparing to stage Aeschylus’s Prometheus Bound, led by Thomas (Michael Lonsdale); an exacting figure who takes the work seriously despite the laughable exercises they practice. Then there’s another theatre group simultaneously staging Aeschylus’s Seven Against Thebes; this one led by Lili (Michele Moretti). Each group is made up of five or six people with others coming and going, with the narrative switching between the two parties. 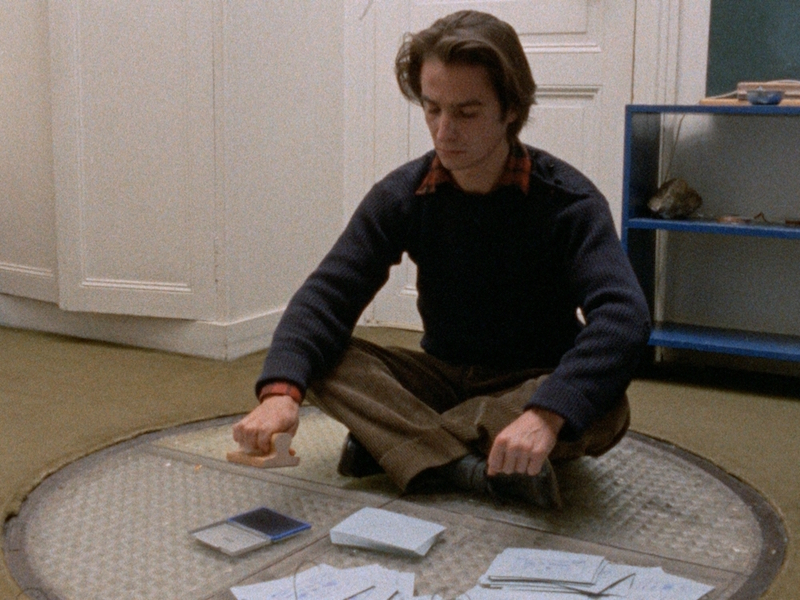 The two protagonists (if you can call them that) are Colin and Frederique, played by two actors who are products of the French New Wave: Jean-Pierre Léaud and Juliet Berto. Throughout the film, we see these two characters going about their business, alone, and increasingly drawn into the mystery surrounding the theatre groups and a few other players. For Frederique, Paris is the playground in which she can con men out of their hard-earned money. Berto worked with Jean-Luc Godard previously and her character’s pulpy inclinations—like her tendency to wave around a gun when she’s alone at night and stalk the corridors of her apartment like a film noir P.I—clearly recall Godard’s earlier work.

Colin is presented to us as a deaf-mute who spends his days playing his harmonica—quite violently—in front of people sitting in cafés until they relent and give him cash. Incredibly, these scenes were played out for real and the harassed café-dwellers weren’t either in the gag or aware they’re part of a film. It soon turns Colin’s neither deaf nor mute, and when a member of one of the theatre groups passes a piece of paper to Colin in the street, he’s drawn into a strange conspiracy. Based on Honoré de Balzac’s History of the Thirteen novellas, the mysterious ’13’ encompass those in the theatre groups and other businessmen and professionals whom Colin and Frederique come into contact with in increasingly bizarre situations.

Jacques Rivette has always been the least celebrated of the directors who were critics at Cahiers du Cinema in the 1950s. Chabrol was the French Hitchcock; Godard the iconoclast; Truffaut the humanist; and Rohmer (who turns up in Out 1 as a Balzac expert visited by Colin) the one who prodded at thoughts, feelings and desires. So what’s Rivette? On this evidence, he’s a director with the political and social awareness of Godard minus the polemics, a radical focus on experimentation, and an interest in conspiracies that are less than they seem. The 13 is a MacGuffin that the characters discuss and chase around in circles. A previous cut of the film even included a scene of Colin having a nervous breakdown at the end as a result of his obsessive search for answers. 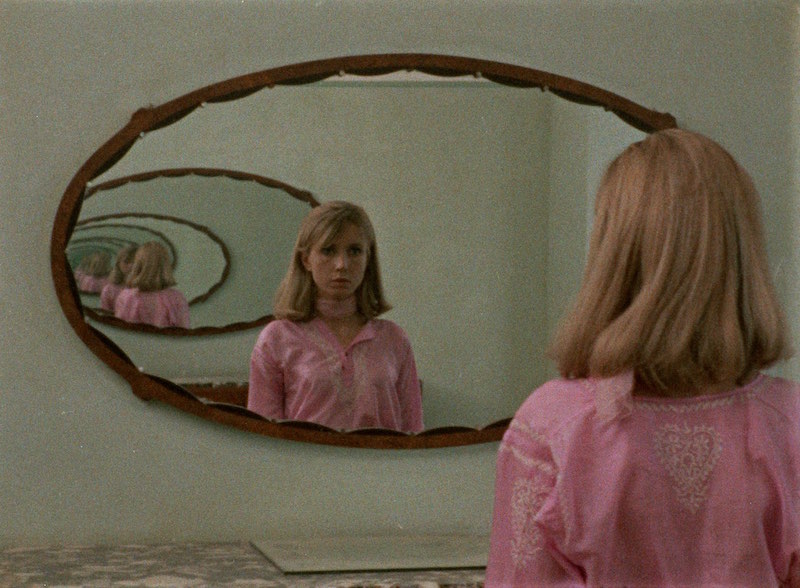 The events of May ’68 and its failed revolution hang over Out 1. The post-’68 atmosphere is moulded as a wasteland in which the directionless youth waste their days looking for meaning that simply isn’t there. Throughout, we hear the members of the 13 mention Igor and Pierre, apparent founders of the group, but we never meet them; it turns out the 13 is all but disbanded, and its aims and strategies were never as sinister or sizeable as Balzac’s 13 (who aimed to take over Paris) in the first place. Although it is Pierre who seems to have dangled the carrot in front of Colin from afar and sent him on his wild goose chase.

The fact that the 13 aren’t an all-powerful cabal of mysterious individuals doesn’t change the fact that Rivette manages the paranoia of the film like no filmmaker I’ve seen before. By plunging us into the lives of the paranoid subjects, Colin and Frederique, and drip-feeding us information in a confused and messy manner, he creates an atmosphere of paranoia that’s all-encompassing. A lot of the unknowing nature of the film was created by the fact that the actors really didn’t know what they were shooting or talking about. Scenes were entirely improvised and there was no script. Even vital information to the plot was made up on the spot by the actors.

That’s not to say that the actors did all the heavy lifting by themselves. If anything, the way the film was shot must’ve made it even more complicated to edit together and create a cogent whole. Rivette spent a long time editing Out 1, and he was no doubt aided by the elegance and fluidity of Pierre-William Glenn’s cinematography. The camera is allowed to run until the roll of film needs to be changed; it jumps, twists and dives around the action to catch every sudden decision made by the actors. Arrow’s Blu-Ray release of this film, and other Rivette films of the era, gives people the chance to see and appreciate this period of his work in a way previously impossible. Here’s hoping that many others grab the chance to encounter this masterpiece.