“Mad dogs and Englishmen go out in the midday sun” is the recurring line of the Noël Coward song, but the heroes are very American here. The source of the confusion stems from knowing Mad Dogs is an adaptation of a British series than ran from 2011-13, and presumably nobody could think of a more apt title. The show’s creator, Cris Cole, joins forces with Shawn Ryan (The Shield) for this glossy remake, and the result is an undoubted improvement because it has the fortune of working from a template (embracing what worked, avoiding what didn’t), but it still suffers from inherent flaws.

The concept remains intact, only with a change of location from the Mediterranean island of Majorca to Belize on the east coast of Central America. Four childhood friends—Joel (Ben Chaplin), Lex (Michael Imperioli), Gus (Romany Malco), and Cobi (Steve Zahn)—travel overseas at the behest of their mutual buddy Milo (Billy Zane), who’s since become a successful property tycoon with a luxury villa and desirable lifestyle.

Warning: major spoilers for the entirety of season one follow, so continue at your own risk. 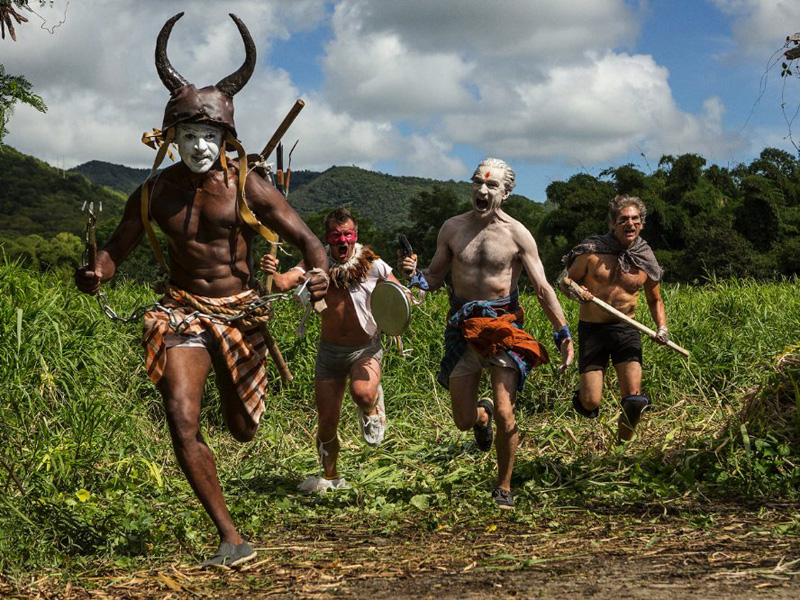 Things take a turn for the worse when Milo’s shot dead at the dinner table by a diminutive gunman wearing a bulbous cat’s head, and his flabbergasted friends realise their dead mate stole a drug baron’s boat. Now framed by ‘The Cat’ for Milo’s murder (which prevents them simply calling the cops), the foursome resolve to clean the stolen boat and return it to the rightful owner—only to find themselves mistaken for drug dealers in the process, and paid millions of euros. And from there, things only continue to spiral downward as Joel, Lex, Gus and Cobi’s tropical vacation turns into a living nightmare involving corrupt local cops, drug traffickers, and the CIA.

Amazon’s Mad Dogs is surprisingly faithful to the spirit and vibrant aesthetic of its Sky antecedent, but ultimately walks its own path after the first four episodes (which follow the UK show’s narrative almost exactly). My problem with the original Mad Dogs drama boiled down to the opinion Cris Cole never had a worthwhile story to tell after series one, so what could’ve been a benchmark miniseries was stretched to breaking point thanks to its popularity. This U.S remake does a good job keeping its diverging story rattling along, while allowing a few aspects to breathe more because of the increased length, but I’m still of the opinion Mad Dogs is a better film pitch than a TV series—as its problems grow the longer it exists. 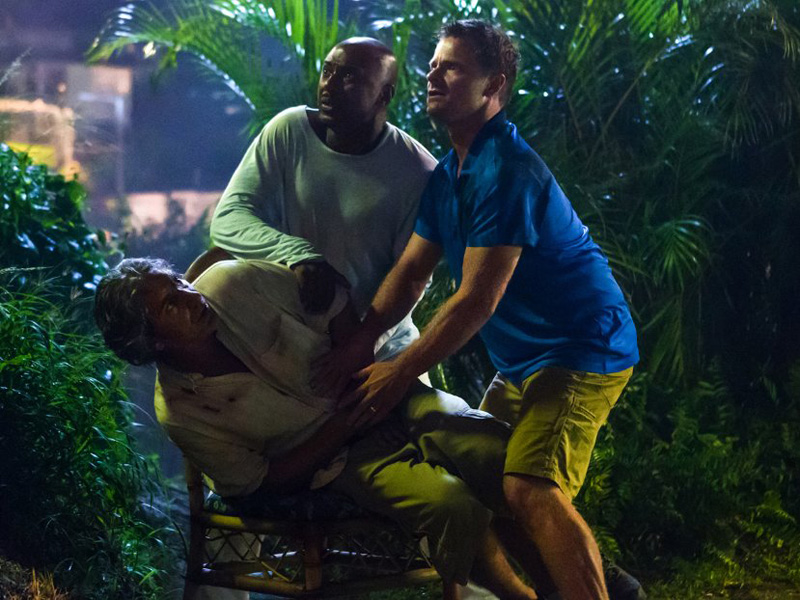 However, to his credit, Cole has fixed some errors he made with the original show, as there’s a far better and more logical flow to the story. Shawn Ryan’s experience writing long-form drama must have helped iron out some kinks, because while later events take inspiration from series 2 developments in the British series (Phil Davies’s gangster Lawrence essentially replacing David Warner’s crime boss Mackenzie), it’s mostly a new story that avoids a lot of the original’s sillier direction.

It helps that the casting for Mad Dogs is spot on, as the four leads feel like authentic friends and there isn’t a weak link between them. Bonus point for the amusing decision to cast English actor Ben Chaplin as Joel, who briefly appeared in the original as the ‘Milo character’, and for María Botto reprising her role as a dirty cop.

Even when the season starts grappling with the concept’s unavoidable problems (i.e. a feeling of repetition because the guys keep wandering from one bad situation to the next), the performances and everyone’s chemistry binds everything together. Although, sure, there’s a definite lull during the period when the gang find themselves in quarantine during a random smallpox outbreak. Luckily, the binge-watch mentality most people have with VOD shows means problems like this don’t have to take weeks to move beyond, depending on how quickly you like consume your entertainment. I managed one episode of Mad Dogs almost every day, and that felt like the best approach. 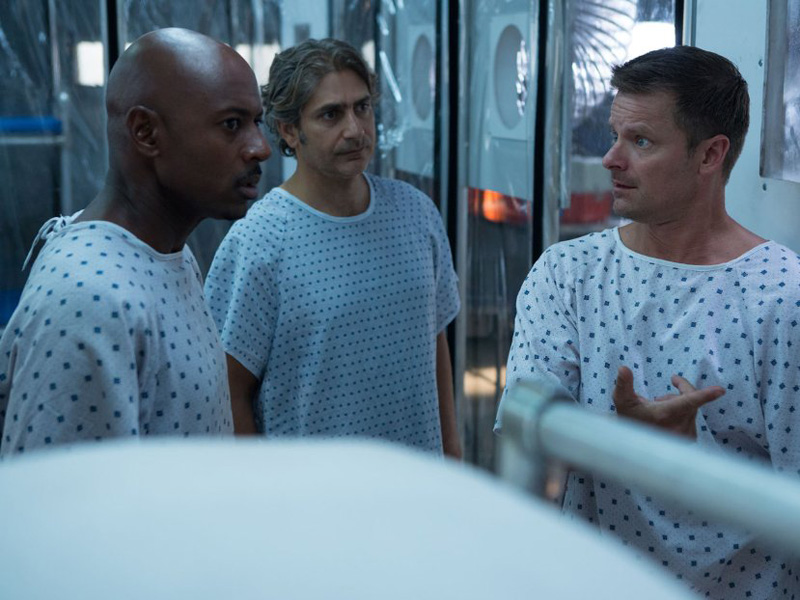 Knowing how the UK series evolved over its run, there are clearly ways to keep Mad Dogs going for awhile yet. And I was relieved to find Amazon’s remake ended things on a much more exciting note—with Joel succeeding Milo as the region’s chief money launderer, while his friends flew home to Chicago after their holiday-from-hell experience. The UK show went off on a globetrotting tangent, but I’m imagining the second season of Mad Dogs could simply bring the gang back together in Belize (only now with one of their number an ‘inside man’, who needs their help getting out), but we’ll have to see. I’m just relieved the idea of this show returning doesn’t fill me with dread, and doesn’t feel like a bad move, because the finale tee’s up a much brighter future.

Mad Dogs was a show I was naturally intrigued to see when it was announced as a pilot (mainly because of my love-hate relationship with the original), and I was pleased to find it was an effective remake that didn’t take too many wrong turns. It found ways to make any missteps forgivable (often with good guest star appearances from the likes of Fargo’s Allison Tolman or Ted Levine), and doubled down on all the things that made the British show’s first year so memorable.