The wheels finally came off Nick Wasicsko’s (Oscar Isaac) mayorship this week, as the oleaginous Henry Spallone (Alfred Molina) promised the white residents of Yonkers just enough to squeak into office. Of course, once there Spallone discovered, like the two mayors before him, that there’s no reversing Judge Sand’s decision: that public housing will be built, no matter how often he sticks his feet up on the table and claims otherwise.

Spallone’s slow realisation that life in office is not half as much fun as agitating outside it was one of the joys of a slightly slower-paced, although no less enjoyable, fourth episode. One of the pleasures of watching Show Me A Hero is the fact that no character is entirely without nuance—and while Spallone is still clearly a self-aggrandising showboater, it was interesting to see him forced to face reality, and interesting to watch him realise that Wasicsko may not have been as useless as he presumed.

I need an honest job.

Talking of our hero, this episode was something of a mixed bag for him, too. Ousted from office, he did what generations of the suddenly unemployed have done before him and turned his hand to a spot of DIY. Unfortunately, no amount of home improvement to the wistful strains of Bruce Springsteen could fill the suddenly empty hole inside him (and I can’t be the only person who recalled the conversation with Winona Ryder’s Vinni back in Part Two, when she talked about how much being out of office and away from the frontline hurts), and before long he was talking to his dead father and wondering where it all went wrong. Luckily for Nick, just when things looked at their darkest, his life took something of an upturn with the news that he was a finalist for the John F. Kennedy Profile In Courage Award, an announcement that reawakened his political ambitions (“If I win this I’m definitely running for Mayor again”), and saw him heading off to look once again at the soon-to-be-completed public housing plots. By the episode’s end he was married to Nay (Carla Quevedo) and beginning to contemplate that greatest of American dreams: the second act.

How come only white people are talking about this?

Nick’s life may have been slowly improving but it was hard to say the same about the rest of the cast. Doreen (Natalie Paul) slipped slowly and heartbreakingly into crack addiction; Billie (Dominique Fishback) was left raising her baby alone after her boyfriend was jailed; Norma (LaTanya Richardson Jackson) struggled with daily life in the projects but refused to contemplate moving (“Why would you want to live where people are angry at you?”), and Mary (Catherine Keener) saw her belief in politicians totally crushed as the extent of Spallone’s opportunism was revealed. Thank goodness, then, for Carmen (Ilfenesh Hadera), who got her family back from the Dominican Republic, her hope of a new life in America remarkably still undimmed.

Thank goodness, too, for Pat (Patricia R. Floyd), Norma’s friend, who refused to allow the conversation about housing to be dominated by white voices, marching through Yonkers and insisting with a smile that Mary shake her hand. In that brief scene so much about this story was so eloquently told—as Nick told Nay earlier in the episode, this is a story about fear and people being worried about the unknown. Thus, Norma no more wants to move to the new houses than Mary wants her to be there. Both women are terrified of change, and the wonderful thing about this show is the way in which their reasons for that fear are slowly unpicked without judgement, because David Simon has enough confidence in the story he’s telling to give each strand the time to breathe. 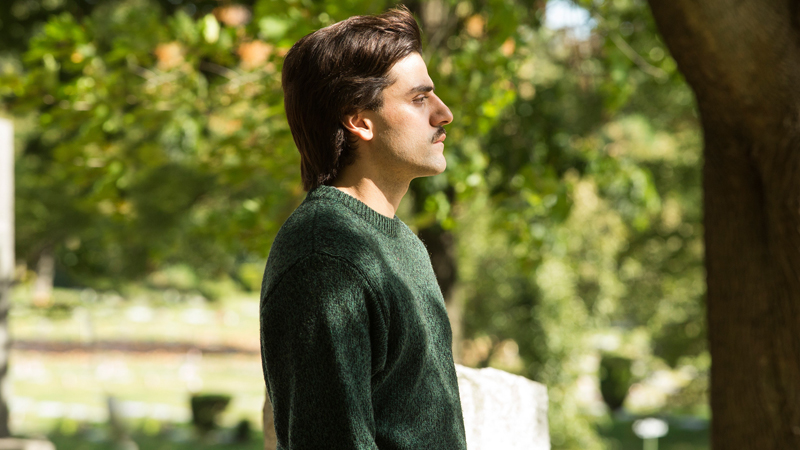 Well, he lost office this week… but, on the other hand, I’m now seeing small shoots of hope.. so maybe all is not lost.

So what did you think? Can Nick come back from political death? Will Mary soften her stance? And what happens next now the housing has been built – given the death threats to Judge Sand scrawled on the first completed house I feel confident in betting that the answer’s nothing good…