When you think of environmental activism, Greenpeace is likely the first name that pops into your head. Today the organisation is synonymous with campaigns like Save the Whales, and known for its high-profile protests against oil drilling in the Arctic Circle. But how did the organisation, start? And who started it?

That’s the story that How To Change the World sets out to tell—the who, how, and why of Greenpeace—and it’s a story that this vibrant and accomplished documentary tells brilliantly.

The film primarily follows Bob Hunter, who in 1971 joined up with a group of likeminded friends to sail a rickety old boat into the path of a nuclear test site off the coast of Alaska. There was little to no organisation behind it—just an idea that getting in the way might be enough to give the authorities pause for thought regarding an event that they all disagreed with. They called the boat the Greenpeace, and the rest is history.

Separated into five chapters, this documentary charts the rise and fall of Bob Hunter’s Greenpeace; from its humble, ramshackle beginnings, to almost single-handedly igniting the modern environmental movement. We track the organisation as it becomes a huge, multi-million dollar global enterprise, all the way through to the acrimonious later years, when the lifelong friends at the movement’s heart began to turn on each other and Greenpeace began to tear itself apart from the inside out. 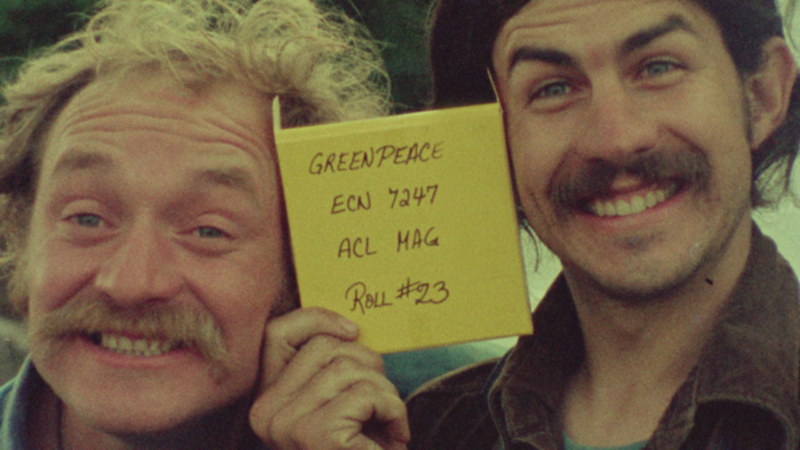 Director Jerry Rothwell’s documentary is a lively affair; but then, it couldn’t help but be with this many eccentric characters on screen. The original Greenpeace gang are a hilarious group of misfits from all sorts of different backgrounds, all united by what looks now to be an almost clichéd hippy aesthetic and life-view. They were a motley crew, but an effective one. As one member puts it, “For every mystic on board, there was also a mechanic.”

The sense of infectious affability that the crew generate—both in archive footage and in modern-day talking heads—is bolstered by a cracking period soundtrack, and some fun animations and visualisations that accompany the story. It’s a film possessed with a real sense of fun, balanced neatly with genuine pathos. For every amusing hippy anecdote and idiosyncrasy on display, there is a weighted look caught on camera that speaks volumes about the deeper tensions within the group.

What brings the film down, sadly, is the narration. While every other founding member of Greenpeace is on hand as a talking head, Bob Hunter himself sadly passed away in 2005. Without Bob able to appear himself, Rothwell instead recruits actor Barry Pepper to read excerpts from Hunter’s memoirs, and the result is a voice-over that’s meant to add profundity to the story on screen, but instead comes off cloying, pretentious and overly earnest. Much of this is likely due to Hunter’s words, rather than Pepper’s reading of them, but either way, it’s a drag.

Irksome narration aside, How To Change the World is a wonderful experience. It’s inspiring to see how much was achieved from such humble beginnings, and equally heart-breaking to see it begin to eat itself in later years. Even for those who may not have much of an interest in Greenpeace, the film offers a fascinating snapshot of a bygone era—the footage taken throughout the 1970s (there was a camera on every adventure) is of surprisingly high quality, and while it would have been nice to see a little more of how the organisation exists today in the modern world, this remains a great insight into the period and what life looked like back then (there is a lot of hair on display). 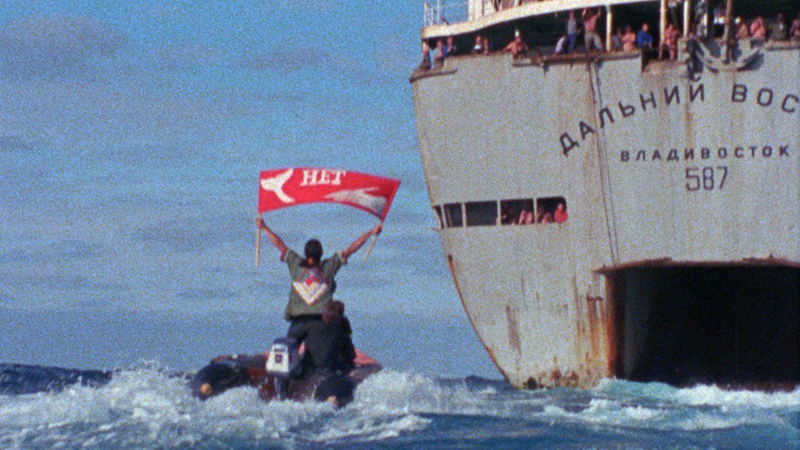 That the crew managed to capture so much footage is amazing in itself, and while some of the hippy trappings may be amusing and/or cringe worthy to us today, there’s also a lot of fantastic and warm footage of the gang enjoying life, both at work and at play. But it’s not all light and bubbly.

The omnipresent cameras of course captured far more than just the guys goofing around, and missions to try and prevent Russian whaling vessels claiming their quarry present some startling and extremely troubling footage. The film doesn’t shy away from exposing the savagery of whaling as a act of mechanical savagery—at one point we’re shown what is very literally an ocean of blood—while footage of a Canadian seal-clubbing event is shockingly brutal. This is important footage to contextualise their fight, and what’s at stake, but there’s no denying it’s a hard watch at times.

How to Change the World is a refreshingly open and honest documentary: one that isn’t afraid to show its heroes looking bad. It’s to everyone’s credit that they’re all willing to participate and tell their side of the story, because Rothwell doesn’t shy from showing them in a bad light at times—nor do the cast of characters pull any punches when it comes to discussing one another themselves. Indeed, one of the founding members (Pat Moore) comes off particularly badly as the story progresses: he’s now an anti-Greenpeace climate change denier! As you might imagine, this hasn’t gone down terribly well with the rest of the gang… 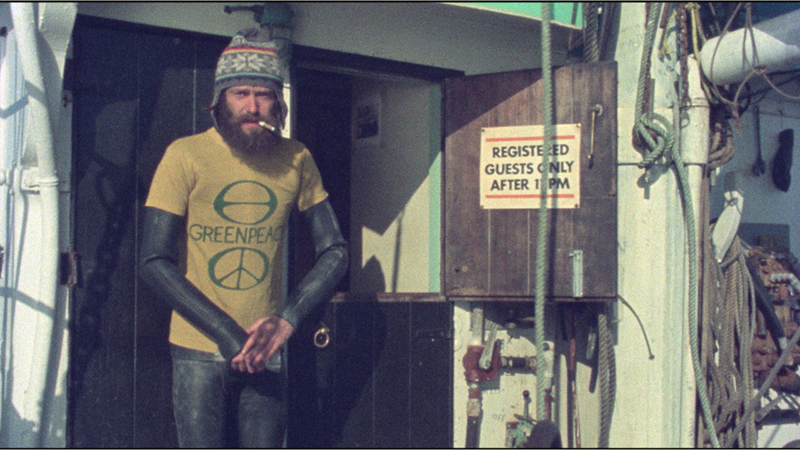 At its heart, How To Change the World is as much a cautionary tale about the trappings of leadership and power as it is about environmentalism. The weight on Bob Hunter’s shoulders increases visibly with the run-time. It’s the story of a man who—yes, indeed—changed the world, but it’s also about the way the world he chose wore him down and changed him. Grabbing some friends to kick up a stink when beholden to nobody was one thing—running a multi-million dollar global enterprise proved something else entirely, and none of them were prepared for it.

The film’s final moments depict an intimate family moment, as Bob’s daughter and a lifelong friend scatter his ashes on an Antarctic iceberg. Rothwell’s documentary is structured much like a drama, and this makes for an affecting moment of climax and catharsis; it’s a beautiful, touching cap on the narrative.

How To Change the World is a fun and fascinating documentary; often poignant, deceptively important, and more than a little sad at heart. In that, it’s a film that perfectly mirrors the people at its centre. Watching it will leave you smiling and reflective in equal measure.