I’ll admit that I was initially reluctant when asked to cover The Americans for Frame Rated. It’s not that I’m not a big fan of the show—I’ve been hooked since the pilot’s incredible Fleetwood Mac-scored opening sequence, and it’s never let me down. My hesitation had more to do with why I love the show, which has little to do with its plot machinations. While the series deserves a lot of credit for its tight plotting and the elegant way it intertwines its various storylines, I’m not interested in writing straight recaps; and besides, it’s not the plot that keeps me watching every week. It’s the characters themselves. The subtle shifts in their power dynamics, and the darkly comic subtext of the show’s central premise—people engaged in a war whose outcome is already determined—that I find so compelling. “Chloramphenicol” is one of the show’s best hours, largely because it brings all of the show’s strengths to the fore; while the episode advances The Americans’ plot in some major ways, it’s a riveting piece of television because the writers (this episode’s credited to Tracey Scott Wilson) fully understand their characters and the futile war they’re waging.

Last week’s cliffhanger, which found Philip (Matthew Rhys), Elizabeth (Keri Russell), Gabriel (Frank Langella) and William (Dylan Baker) in quarantine following their exposure to the Glanders virus, set up a possible bottle episode this week. It’s not quite that—obviously, this episode brought major changes for the show’s supporting characters—but the emotional and narrative centre of the episode is the two days spent at Gabriel’s apartment, as all four wait to see whether they’re about to die. It’s Elizabeth who takes centre stage, as she waits to see whether her sickness is being caused by the virus or the side effects of the antibiotics William injected her with. As Elizabeth was more peripheral than usual in the season’s first three episodes, it’s gratifying to see this episode rest on Keri Russell’s shoulders, and she crushes it. 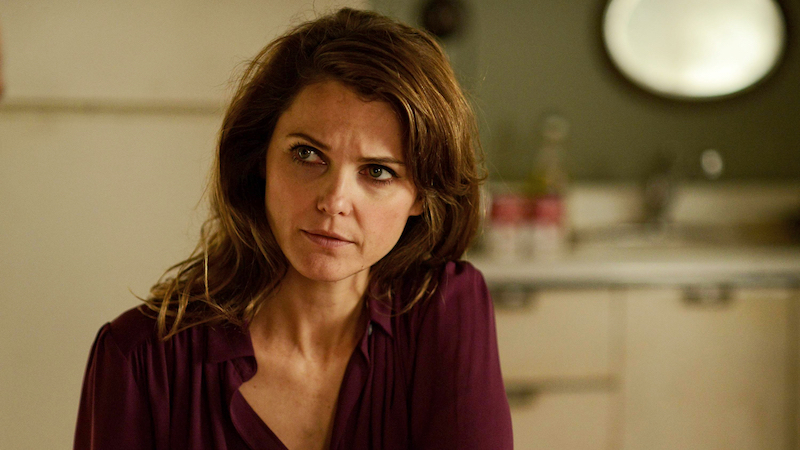 Elizabeth is a character who often requires Russell to reveal her thoughts and emotions subtly, almost inadvertently; in an hour filled with great moments, one of my favourites is the moment near the beginning, when Elizabeth calls Paige (Holly Taylor). We see her break just slightly as it sinks in that, though she assures Paige they’ll be home on Saturday, she might never see her daughter again. It’s a perfectly judged moment that is followed by the grim detail of William dutifully cutting off and bagging the receiver. For a show that often hinges on potential catastrophes that we know never came to pass, The Americans does a great job of making us forget this.

Elizabeth later asks Philip what EST has to say about death (he doesn’t know), and much of the episode is focused on her confronting the possibility that she’s about to kick the bucket. While both Philip and Elizabeth have had their share of close calls, they’ve never been in a situation quite like this, and it’s fascinating to watch Elizabeth—who, remember, has no belief in a God or afterlife—put on a brave face as she attempts to put her affairs in order. When she insists to Philip that, if her order to call off Pastor Tim’s assassination fails, he should tell Paige it was her fault, she’s being loyal to her mission, but in her way, she’s also putting her family first. When she tells Philip that, without her, they’ll be able to live as Americans—that this is what he’s always wanted—it’s the kind of moment of truth that cuts through everything else that most married couples know too well. It’s a crucial episode for Elizabeth, who, by the end, has decided that she and Philip should try to work Pastor Tim and his wife instead of solving the problem by having them killed; it’s a very risky proposal, but what matters is that they’re in it together.

It’s fascinating to watch the show’s central dynamic stripped to such bare, essential terms; Russell carries it wonderfully, but Rhys offers great support (the moment where his voice breaks ever so slightly when he tells William they’d been together for 20 years is devastating). Baker is proving to be an excellent addition to the cast; having a character like William, who’s incapable of any emotional expression beyond morbid humour, makes for a hilarious contrast to Philip and Elizabeth. The show has always benefited from these characters from an older generation, who comment wryly on the cyclical nature of the dramas they find themselves involved in (Langella has a beautiful, chilling monologue to this effect towards the episode’s end). The episode’s most darkly funny moment comes when Philip and Elizabeth are embracing, and William and Gabriel respond with a dismissive shrug and get right back to business. 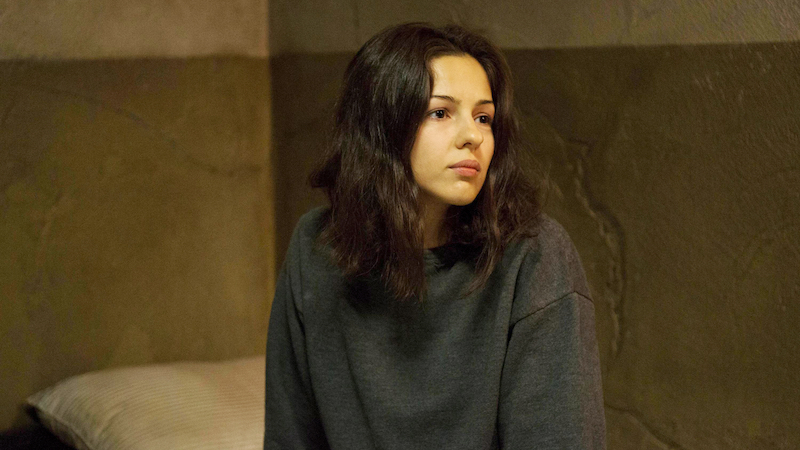 Philip’s relationship with Martha (Allison Wright) has long served as a fascinating contrast to his marriage to Elizabeth, as well as an inversion of the standard “other woman” plotline. White gets a great sequence in this episode too, as Aderholt (Branden J. Dirden) takes her out to dinner in an attempt to see if there’s anything to Stan’s (Noah Emmerich) suspicions about her. Martha admits that she’s in an affair with a married man and, as she explains her feelings about her relationship with “Clark,” she’s more contemplative and self-aware than anyone could have expected from the mousy, somewhat comedic character Philip worked in season one. Martha’s confession is brilliantly intercut with Stan searching her apartment, finding a pistol in her underwear drawer but also condoms and her Kama Sutra manual (I was wondering why that scene showed up in the “Previously On” montage). To hear Martha being surprisingly honest with herself, juxtaposed with Stan’s casual violation of her privacy, is devastating. When she calls her relationship with “Clark” the most honest one she’s ever been in, we don’t doubt that this is true, and it’s heartbreaking.

We leave the Jennings this week alive and well, out for a night of bowling to Lene Lovich’s “Lucky Number One,” and Elizabeth has even relaxed enough to joke with Paige about their family secret. But there are no happy endings for Nina (Annet Mahendru), who dreams of a release from the gulag and the promise of new beginnings before awakening to a darker fate. The dream sequence doesn’t try to fool us; as Nina imagines herself walking towards the exit with Anton (Lev Gorn), the artificially bright lighting from outside casts them in ominous silhouette, bringing to mind Gordon Willis’ similar use of backlighting in The Godfather and its two sequels. We’ve long known that there’s little chance of escape for Nina, and while the show has arguably waited too long to reach this point, that doesn’t make what happens next any less shocking.

Nina is brought to a nondescript office, where she’s told that her sentence has not changed and her execution will be carried out shortly; she’s barely able to react before a member of what we now know to be an execution squad calmly shoots her in the back of the head. The episode ends on a wide shot, as Nina’s body is wrapped in burlap and carried away to be buried in an unmarked grave, as the men around her carry on with their paperwork with chilling bureaucratic detachment. Before the episode cuts to black, a pool of blood on the linoleum floor is the only thing that remains of poor Nina, who was both a pawn and the object of men’s affection on both sides of the Cold War, but ultimately died alone and afraid in an ugly little office. That The Americans is about characters caught in a conflict with life-or-death stakes that we all know will be over within a few years is a darkly comic irony that the show has mostly hinted at so far. Judging by the blunt, merciless depiction of Nina’s final moments, the horrible, stupid futility of the war that killed her is coming into the foreground as The Americans nears its end.