It’s no overstatement to say that Illumination Entertainment owes its success to the Despicable Me films, with its incoherent but popular spin-off Minions also achieving financial success. Illumination’s previous attempts to branch out, with Hop and The Lorax, were met with mixed reviews and disappointing box office, but The Secret Life of Pets feels like a hit. Following Pixar’s reliable narrative setup of wondering ‘what happens when humans aren’t looking?’ (a driving factor in Toy Story, A Bug’s Life, and Ratatouille), this entertaining kid’s film does exactly what its title suggests, showing what pets do when their owners’ backs are turned.

We follow tiny terrier Max (Louis CK), who has a perfect life with his owner Katie (Ellie Kemper). However, she decides to adopt a huge dog named Duke (Eric Stonestreet) and disrupts Max’s idyllic home life. Max and Duke don’t get off on the right foot, and their unfriendly relationship soon has them separated from a dog walker, leaving them stranded in New York and forced to work together. Swap out Max for Woody and Duke for Buzz and you start to see just how similar this concept is to Toy Story’s; but while some might find the storyline overfamiliar, it works despite some predictability. 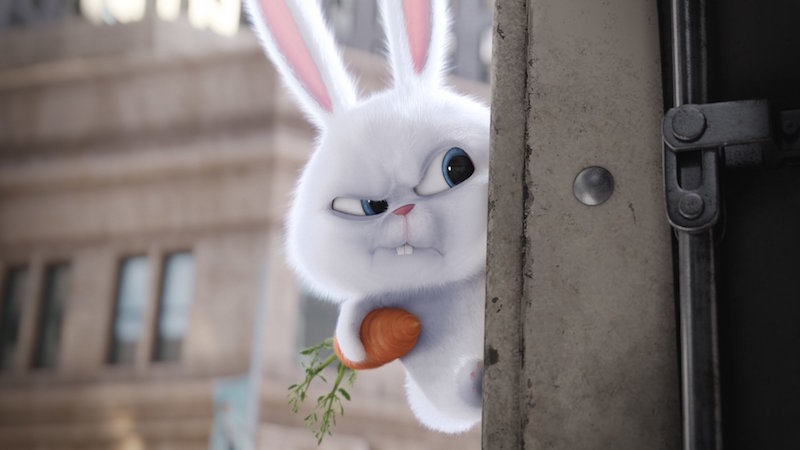 Max and Duke aren’t alone in the outside world, as they soon encounter an evil bunny with a grudge against humans (Kevin Hart), while an animal control van is constantly on their tail. The other pets who live around Max, including lazy cat Chloe (Lake Bell), pug Mel (Bobby Moynihan), dachshund Buddy (Hannibal Buress) and an excitable Pomeranian called Gidget (Jenny Slate), all set out to find him too. But this only happens once Gidget, who secretly harbours romantic feelings for Max, realises he’s gone missing. She also has to enlist the help of ravenous hawk Tiberius (Albert Brooks) before she and her friends have any hope of working out what’s happened to Max.

The Secret Life of Pets doesn’t reinvent the wheel, but it’s Illumination’s best-executed concept since Despicable Me. Audiences have been charmed since the earliest trailers for the film, and if you’ve liked the look of the straightforward physical comedy shown off in the teasers, it’s likely you’ll have a lot of fun with the movie itself. Co-directed by Despicable Me and Despicable Me 2′s Chris Renaud and Yarrow Cheney, the film’s strength is the simple joy of its own concept. It’s surprising that material like this doesn’t feel like it’s been done to death by now, especially considering just how much pet owners identify personalities in their animal companions, but there’s more than enough of a suggestion that The Secret Life of Pets is so full of ideas that it could happily spawn a sequel if it’s a financial success. 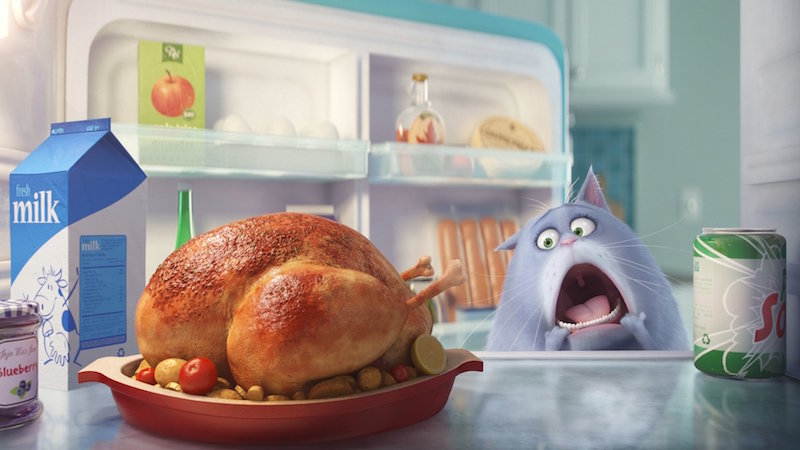 While the script isn’t bursting with big surprises, and it’s easy to notice similarities between this and other films, it’s still a witty screenplay that delivers plenty of fun. The film moves quickly, with a restless pace and an effortless sense of energy that never feels rushed. Jokes come thick and fast, and the vast majority hit their marks. All the gags from the first teaser trailer take place during the wonderful opening (where we’re introduced to the pets and glimpse of what they get up to when their owners aren’t looking), and the trend of sharp dialogue and amusing little bits of visual comedy is maintained throughout. It’s no surprise that so many of the voice actors have roots in stand-up comedy, as they’re great at delivering comic line readings, bringing charisma to a collection of distinctive critters.

It’s not as sophisticated or as nuanced as what we’re accustomed to seeing from Disney and the higher tier Dreamworks animations, but this is an undemanding watch that delivers lively action, fast-paced comedy, and a simple narrative it’s easy to be swept along by. Considering its $75 million budget is half that of Zootropolis, I was impressed Pets contains so much style and ingenuity. Even if there are tiny criticisms about the sheer array of characters and subplots, it’s more polished than Minions. This shows that there’s promise for the future for Illumination Entertainment, as the studio looks to expand beyond the Despicable Me franchise.