Imagine Michael Bay directing a medieval Dark Knight trilogy in the style of Baz Luhrmann? Your tolerance to whatever your mind conjured right now will greatly inform your enjoyment of Otto Bathurst’s Robin Hood. At times, Robin Hood plays like it’s been sat in Lionsgate’s vault since 1990, only to be dusted off and released with various VFX enhancements. At other times, it plays like screenwriters Ben Chandler and David James Kelly changed a handful of words from Batman Begins (2005) and The Dark Knight Rises (2012) the night before their deadline. Or else it’s happy to evoke memories of the Robin Hood films of yesteryear, but at least this Robin Hood has an English accent.

Accurate accent and all, Taron Egerton (Kingsman: The Golden Circle) is immensely likeable as Robin Hood, or “Rob” as he’s called in an attempt to modernise the character. Even in projects unworthy of his talents, Egerton tends to shine because he has so much charisma; so his winking, smug take on the classic arrow-shooting hero is one of this film’s high points. That’s when Egerton is being allowed to have fun. 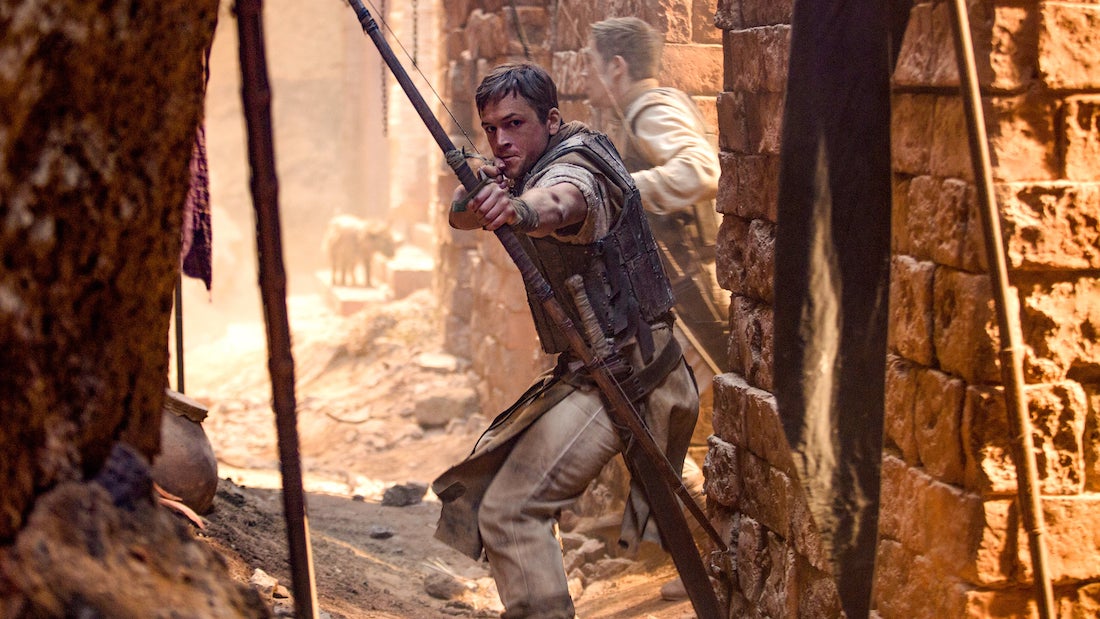 Ben Mendelsohn is also a great as the villainous but incompetent Sheriff of Nottingham, even though we’ve seen him play similar roles in both Rogue One: A Star Wars Story (2016) and Ready Player One (2018) just lately. It would be nice to see him in something different, as he’s been pigeonholed by Hollywood too prematurely. It’s worth noting, however, that Mendelsohn continues to be cast in such roles because he plays them so incredibly well. The Sheriff may be a thinly-written villain, but Mendelsohn knows how to chew scenery and ensures the character has some spark to him.

Unfortunately, the rest of the cast flounder in either boring or poorly-written parts. Jamie Foxx (Baby Driver) is very extroverted as Rob’s confidant, John, but he’s burdened with a backstory that makes both his performance and his character uneven. Eve Hewson (The Knick) gets nothing to do as Marian, written as nothing but an attractive love-interest, while F. Murray Abraham (Homeland) is totally wasted in a forgettable secondary villain role. But the actor given the worst treatment is Jamie Dornan (50 Shades of Grey), who’s saddled with one of the worst character arcs in recent memory as Will Scarlet. A pivotal decision Wil makes in the third act comes out of nowhere! Daniel Day-Lewis himself wouldn’t have been able to sell the lines Dornan has to. 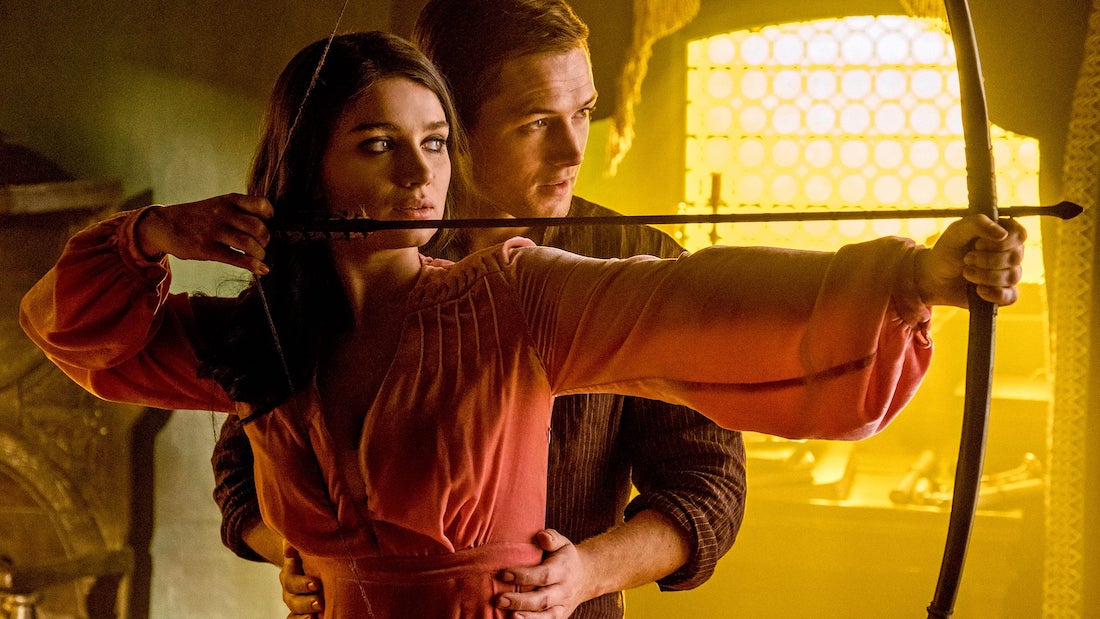 The action scenes are well assembled, depending on what your thoughts are about the use of slow-motion and ‘bullet time’ camerawork. Whenever Robin Hood leans into its absurdities, such as machine gun crossbows and horses that can withstand bursting through iron-enforced doors, it can be a lot of fun—with belief dutifully suspended. A sequence involving a covert strike unit using bow and arrows and the aforementioned crossbow is highly silly but also effective.

The biggest issue plaguing the film is its insistence to be seen as a serious piece of art. Every time it decides to have a little fun, it suddenly backtracks and dives into some of the most ham-fisted social commentary ever seen in a studio release. The Sheriff is a clear representation of the current US government, but mentioning “unchecked power and greed is bad” seems to be the only commentary this film is capable of mustering. 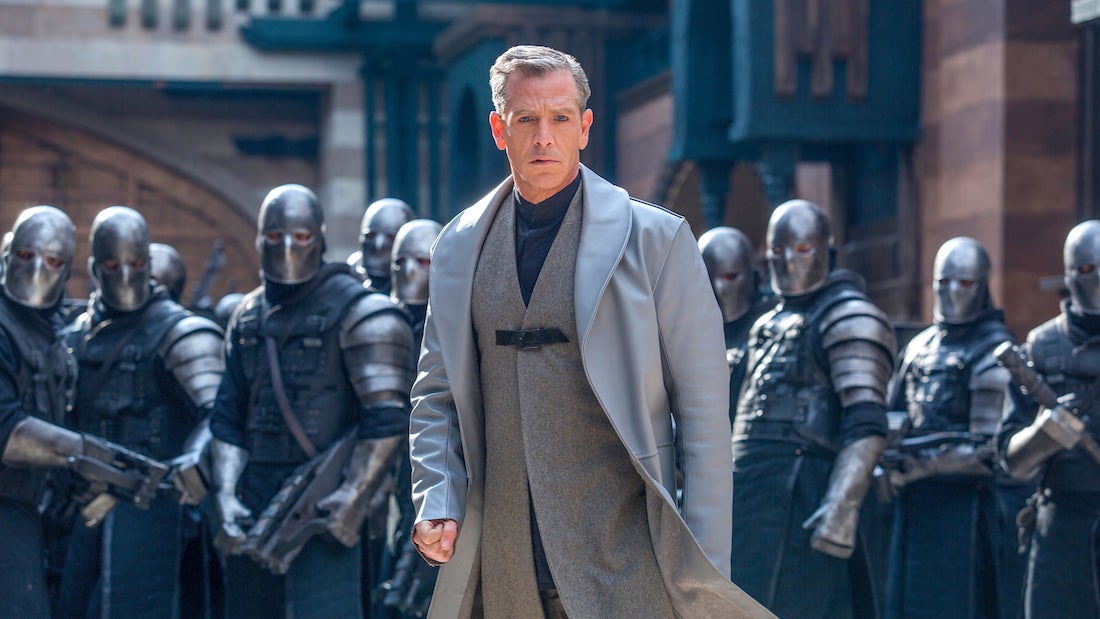 If Robin Hood had leaned into its stranger creative impulses, it may have worked a lot better. The tagline on the cover art asks us to “join their resistance,” implying the film has something of social importance to say. The problem is, in attempting to say something, it fails to say anything. What should be an escapist flick turns into something muddled and uneven.

That said, there is a sense of style to the proceedings that makes everything pop. The cinematography and lighting are top-notch, despite occasionally subpar CGI work. The sound design is also phenomenal, particularly in a war sequence and later action scenes, as it places you directly in the middle of the mayhem. It should have been a contender at this year’s Academy Awards for ‘Best Sound Design’.

Robin Hood isn’t one of the best films of last year, but it’s certainly not the worst either. It has a clear identity crisis but, despite a lazy script, Bathurst brings some visual flair and some modern sensibilities to proceedings. The ending sets things up for a sequel we’ll probably never get, seeing as it only grossed $85M and cost $110M to make. That might be for the best. 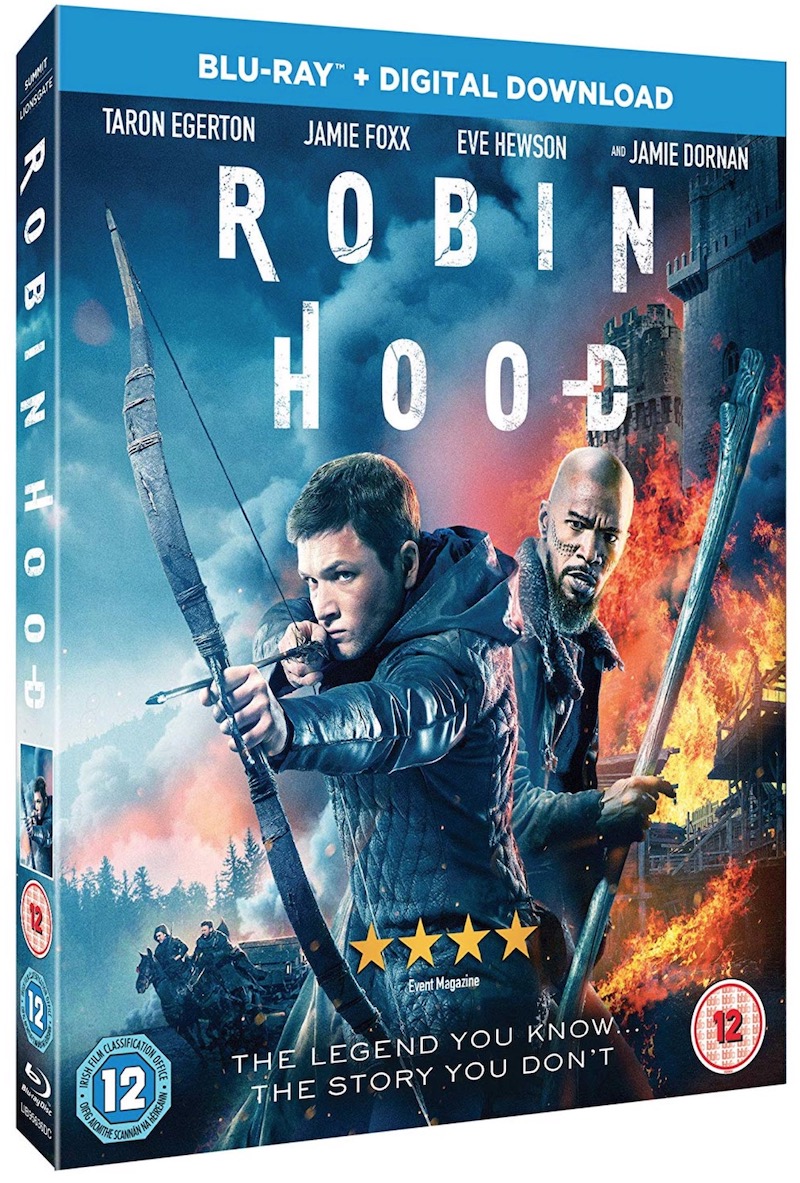 FANTASTIC BEASTS: THE CRIMES OF GRINDELWALD (2018)