Made in Johannesburg, South Africa, for a rumoured $4 million, there was a time when Revolt would have gone straight-to-video, to tempt customers who had exhausted every mainstream release. I used to take this gamble from time to time in the 1990s, and it was always a thrill whenever I stumbled across a low-budget gem, occasionally from a filmmaker who would go on to bigger and better things. More often than not, however, it would be a cheap derivative of a successful recent blockbuster, hence the number of Karate Kid (1984), Halloween (1978), and Gremlins (1984) knockoffs that filled Blockbuster shelves in the 1980s.

It’s difficult to see where movies like Revolt belong in the internet age. They sometimes get a limited theatrical run (this opened in Japan last summer), but go straight-to-“video” in most territories, and will likely appear on streaming service to tempt subscribers to click ‘play’. But when you’re not faced with a short window of opportunity to watch something you’ve paid money to buy or rent, I wonder how many people will watch something like Revolt from start to finish. At least in the video shop age, low-budget rentals might do something edgy that mainstream cinema would never take a chance on. But, nowadays, all niche passions are catered for on multi-channel TV, DVD, SVOD, and the internet.

Revolt is directed by Joe Miale (Wasteland), from a script he co-wrote with Rowan Athale, and is essentially a hybrid of District 9′s (2009) dusty sci-fi aesthetic, War of the Worlds (2005) and Skyline’s (2010) basic idea, Transformers’ (2007) sound design, and plenty of other genre steals. Invading aliens are turning people into dust, but they’re sentient machines that resemble walking wishbones with energy balls hanging from their crotches, and it’s not happening in a big modern city but the dusty emptiness of the Kenyan countryside. 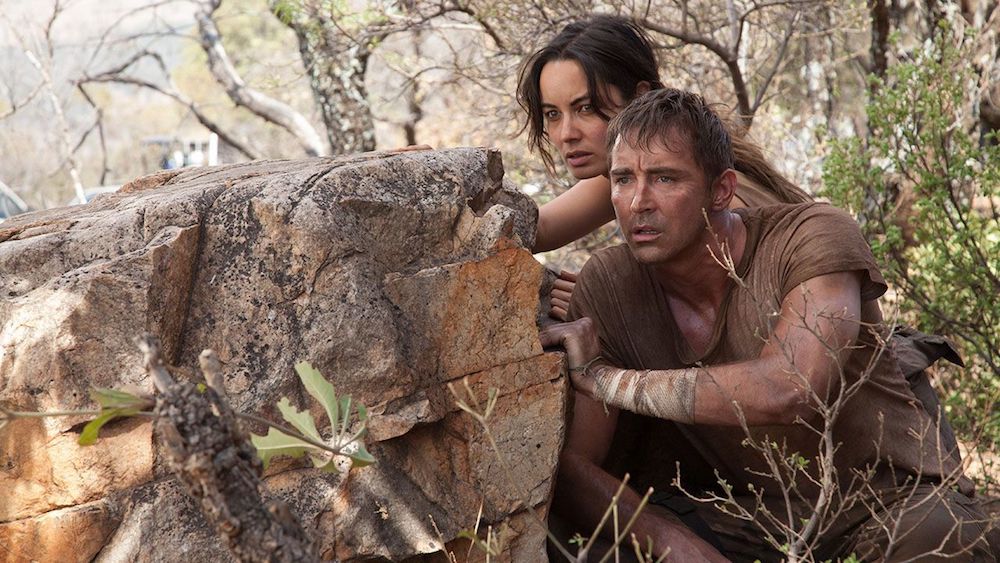 We begin with a handsome U.S Special Forces soldier (Lee Pace) helping protect a village from alien robots, when he’s knocked unconscious and wakes up in a jail cell next to French foreign aide worker Nadia (Bérénice Marlohe).

Suffering from amnesia and thus playing audience surrogate, Nadia names him “Bo” and they escape from a bunch of thugs to find sanctuary at Bo’s military base near Nairobi. Along the way, they encounter plenty of metal menaces and despicable people, while Bo realises he also has a strange new ability after an encounter with a robot that resulted in his memory loss…

It’s a rudimentary storyline that will make a lot of eyes roll because there isn’t much here that’s original. When any protagonist has convenient amnesia it’s a warning sign you’re in the hands of a hack writer, and having the plot eventually comes to revolve around an EMP bomb only confirms things.

Revolt may not do much that’s new, but it’s a relatively capable science fiction movie with above-average visual F/X for the money (about half what a typical episode of Game of Thrones costs). You often feel, with movies such as this, that they only really exist because the filmmakers want to have fun making the kind of things they enjoy watching. It’s less about doing something new that comes from the heart, but about playing with toys. But they can be used as a calling card to secure another project, with a slightly bigger budget, which makes them useful genre stepping stones. 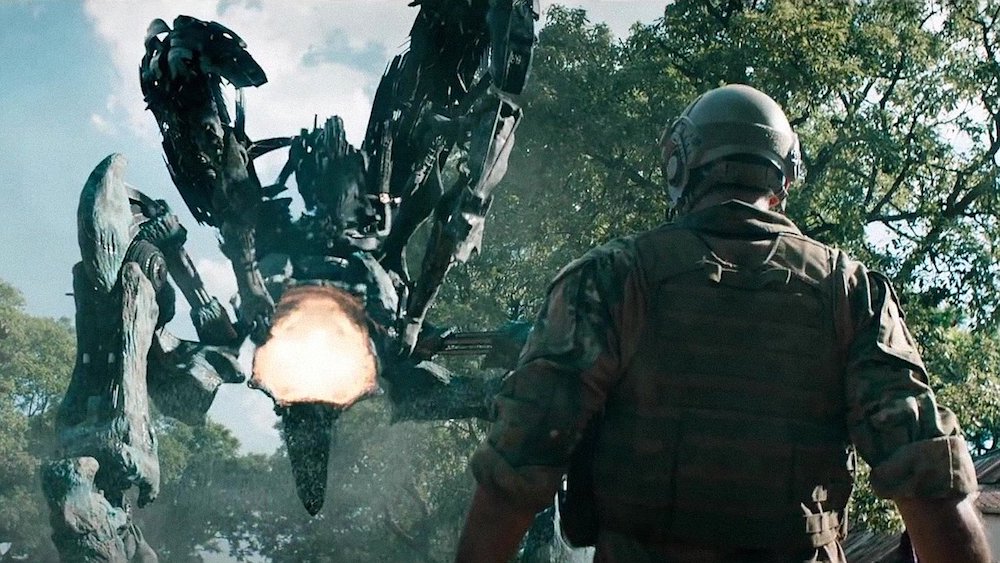 Unfortunately, I don’t know if having a good standard of F/X for the robots (which come in a few different varieties) is really enough for Revolt to be considered a success. Lee Pace is a good actor, but he doesn’t have a lot to work with here, and while his chemistry with Marlohe (Skyfall) isn’t terrible, it’s not compelling enough to sell their intended romance. The story also makes an odd decision to separate them halfway through, leaving Pace’s character struggling to connect with anyone else in quite the same way during the third act.

Revolt reminded me of a video game, partly because the design of the robots owed a debt to that medium. It doesn’t surprise me to learn that Miale has been asked to direct live-action shorts based on Half-Life and Assassin’s Creed. There isn’t a single moment or visual that doesn’t evoke a movie you’ve seen before, which did things better, but Revolt at least manages to keep moving at a decent pace and not outstay its welcome. It’s just a shame the motivations of the two leads are so hazy, and what they encounter along the way isn’t particularly exciting. The movie is content to just hits you with an unexpectedly good CGI moment every 15 minutes, to stave off boredom with the characters themselves, the overused concept, and a sorely predictable storyline.

If you watch Revolt with the self-delusion it’s the pilot for a new Syfy drama, you may even be impressed. There’s something to be said for how expectations can manipulate a viewing experience. If you paid to see Revolt at your local multiplex, you’d want your money back. As a random purchase on DVD, you’ll admire it as a technical exercise because of the limited resources. If you catch it streaming somewhere, it’s possible you’ll enjoy seeing a sci-fi apocalypse movie set in the Third World starring that tall guy from Pushing Daisies and a former Bond Girl.