A Russian ballerina is recruited by an intelligence agency, then given a mission targeting a CIA agent she falls in love with...

Red Sparrow isn’t what you’re expecting. It’s not an easy, predictable, familiar spy thriller. It doesn’t play things safe. It’s instead a dark and often challenging film. One that delivers a gripping exploration of power dynamics, the brutal world of espionage, and the role of sexuality in persuasion and negotiation. It doesn’t succeed in all of its aims, and it can often be slow and uneventful, but it’s also more ambitious than most people will expect. And if you can look past some dodgy Russian accents, it’s a complex and involving thriller.

Jennifer Lawrence plays Dominika Egorova, a prima ballerina who suffers a devastating injury (it’s really unpleasant) that instantly ends her career. Struggling to care for her mother, she faces a difficult choice about her future. Her uncle (Matthias Schoenaerts), a senior figure within Russian intelligence, senses she has a talent for persuasion, and pushes her to become a ‘Sparrow’.

Sparrows are deadly intelligence operatives capable of using every tool at their disposal to get what they require. Left without any choice in the matter, Dominika does her best during the agency’s depraved training. She’s then plucked out of the school before completing the regime and sent on a mission to gain the trust of CIA agent Nate Nash (Joel Edgerton), in order to learn who his mole in the Russian government is. 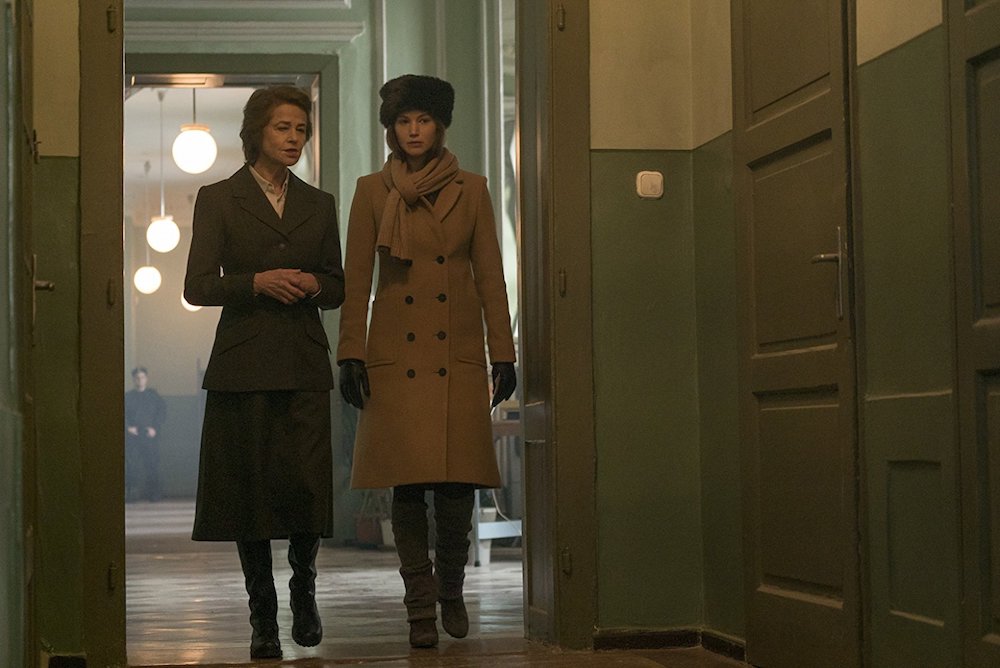 With a premise like that, it’s not surprising if audiences go in prepared for a spy adventure along the lines of a glossy Bond movie. It seems to promise excitement and energy at every turn, but it’s actually low on action and higher on intrigue. It’ll be divisive precisely because of that formula. Director Francis Lawrence (The Hunger Games) strives to deliver a film in which the protagonist learns to use her body as a weapon, but there’s only one memorable fight scene across the entire 140 minutes.

As one would expect, Oscar-winner Lawrence is a captivating screen presence in the lead role. Nearly everyone is having a go at a shaky Russian accent, and she’s no exception, but her performance is otherwise very committed. She’s as confident as she’s ever been in role that requires her to exhibit vulnerability alongside duplicitousness. There are a lot of layers to this complex character she’s playing, and Dominika’s definitely the kind of woman we don’t see often on the big screen. 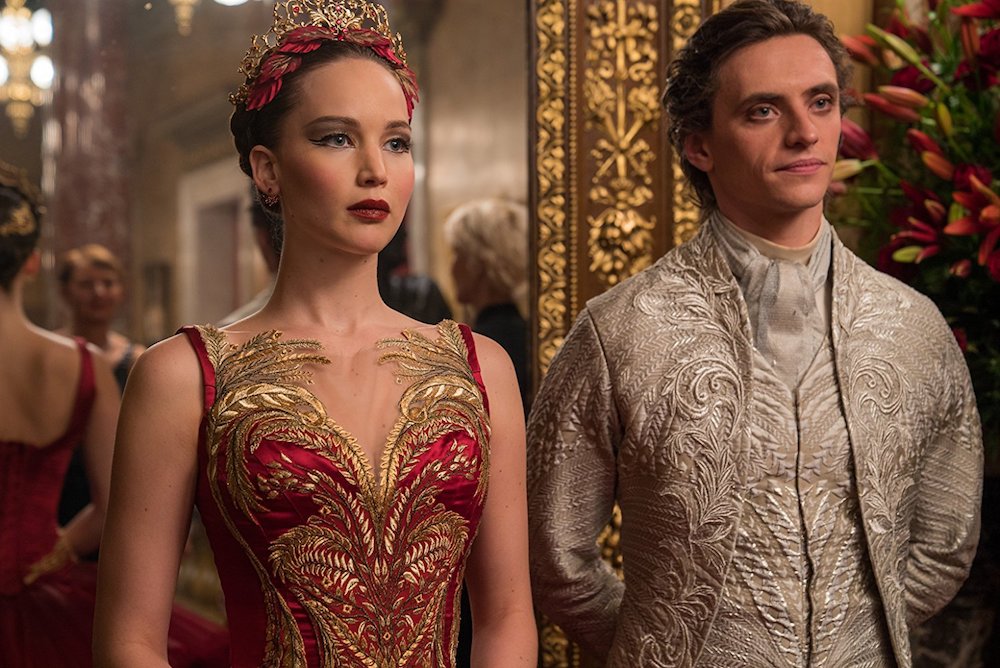 What makes Dominika so interesting is that she’s far from a clean-cut protagonist. Her motivation and aims are murky, and her allegiance remains complicated right to the end. She’s also not somebody who always does the right thing. Relatively early, we see her violently attack two people who can’t possibly defend themselves. It’s a choice that’s hard to defend, even if she does have her reasons and we understand her actions. And this definitely isn’t the only moment in which her morals are so questionable. She’s not a hero in the typical sense of the word, but watching her navigate a difficult world using only her wits makes for a compelling story. 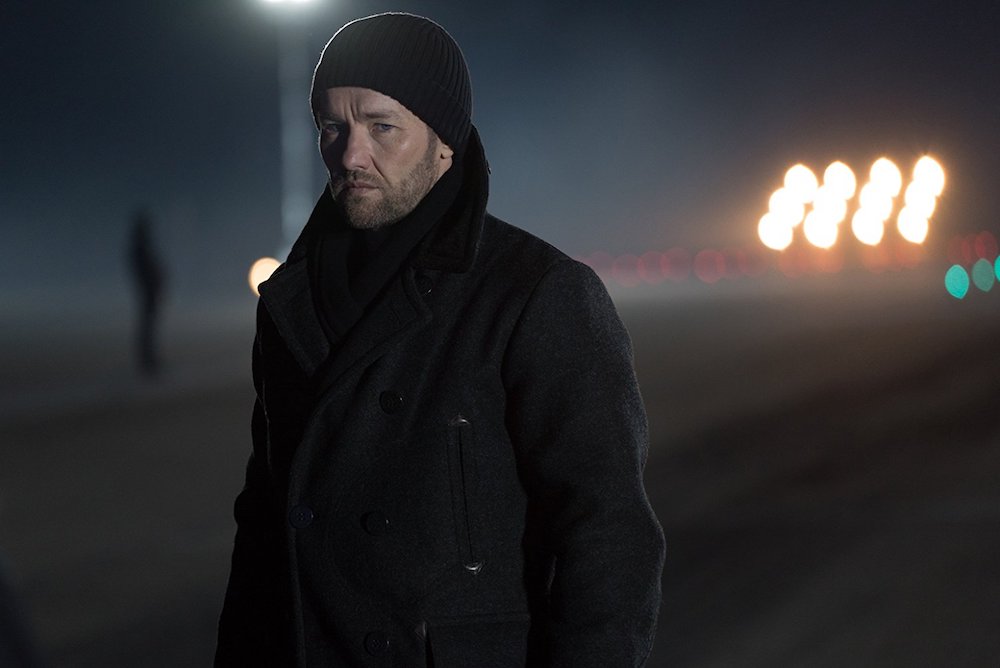 Red Sparrow never once makes being a spy look like fun. There’s no glamour to the intelligence work here. There are scenes of rape, degradation and torture throughout, and you may end up being surprised by just how affecting all of this is. It’s not necessarily shot in a detailed or gruesome way, but the film does aim to focus on Dominika’s experiences and her perspective. This happens to such a degree that when extreme moments occur, you don’t need to necessarily see them to feel them in a visceral way. The sounds that accompany every bone crunch and knife slash also contribute to how much of an impact this all has. 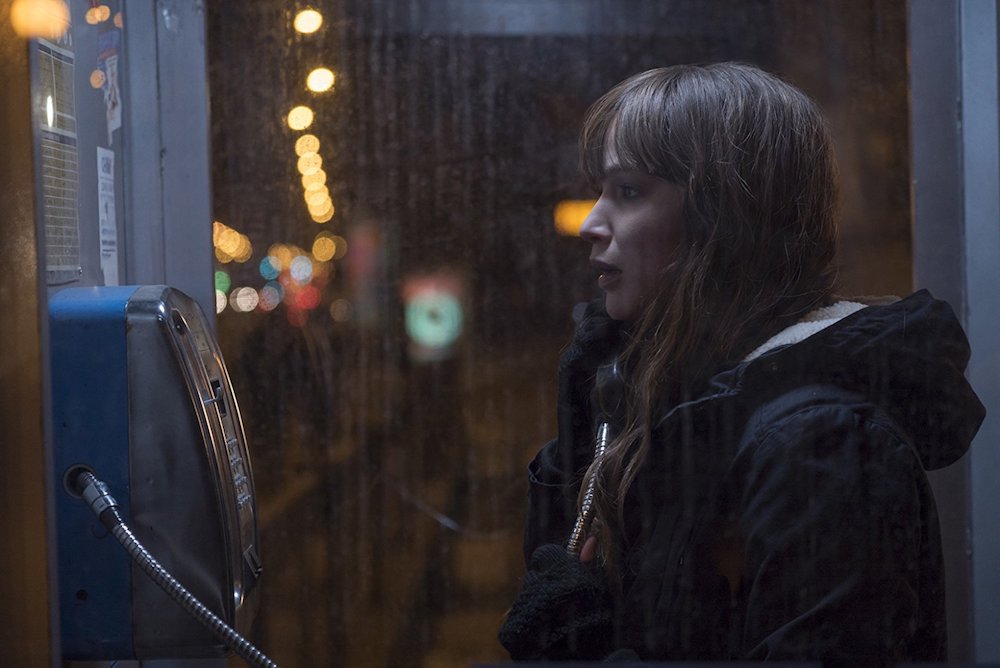 And because the film never makes espionage seem enjoyable, it sometimes ends up being bleak in a rather unrewarding way for portions of the movie, and while the plot is intriguing it does move incredibly slowly. The way all of its pieces come together works very well by the end, but you can’t help feeling it could’ve been almost half an hour shorter and still worked just as well.

One other criticism is that Red Sparrow’s an exploration of sexuality that features multiple scenes of barely clothed women being tortured and raped. One can argue the film is having its cake and eating it, too, although it’s worth noting there’s also a lot of male nudity. There’s a different treatment of male and female bodies, though, so while it’s safe to say Red Sparrow is trying to be a general examination of how sex and power relate to one another more broadly, it isn’t totally successful in that aim. Any views the film espouses on this topic are clumsy at best and mostly confusing. 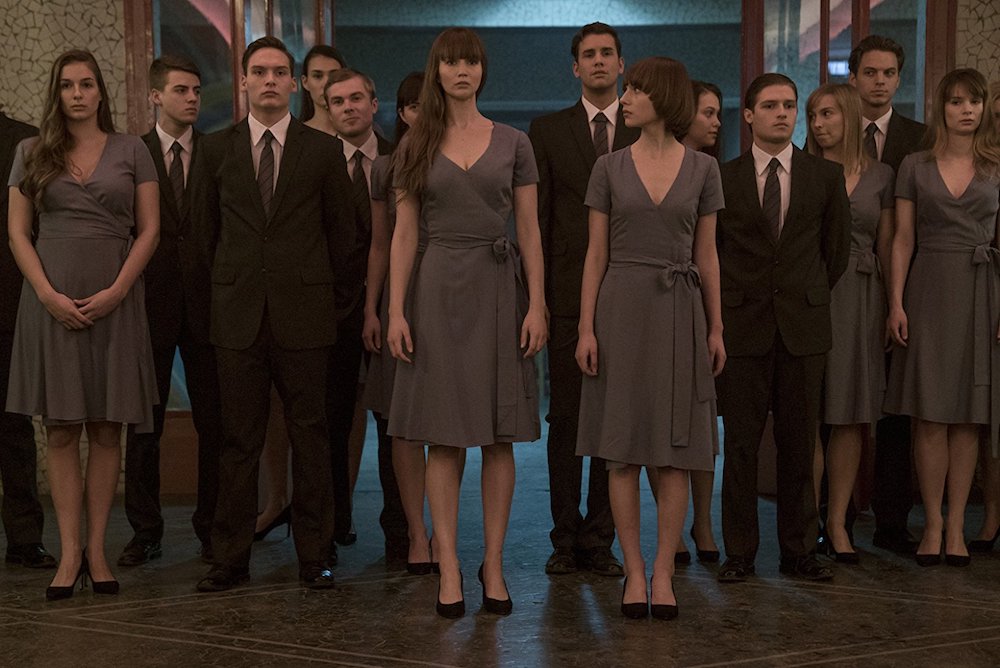 Red Sparrow wants to be about female empowerment, but the message in Justin Haythe’s script (based on the novel by Jason Matthews) is muddled and unconvincingly communicated. It wants to feature shocking and headline-grabbing moments but is unprepared to examine them properly. The way it brushes past significant rape scenes, while never presenting consequences to its torture scenes, isn’t just sloppy writing but I s potentially harmful and misleading in its portrayal of assault and abuse.

The moments when it works best are ones where the film plays with manipulation and coercion in interesting ways. There’s certainly a lot of intrigue to lure you in, and people may well be surprised by just how character-driven things are. It’s not action-packed, being more a game of lies and manoeuvres, leading to the admittedly very effective final twist. Red Sparrow is a dark and unpredictable experience, with unconvincing and clunky morals, but when it focuses on being a twisted thriller it’s often highly successful. Jennifer Lawrence is great in the lead role, and while it’s a bit too long it’s also undeniably engrossing and thought-provoking.

Written By
Simon Cocks
More from Simon Cocks
The story of Chesley Sullenberger, an American pilot who became a hero...
Read More