Continuing on a path started during filming breaks on TV’s Mad Men, Elisabeth Moss is building an impressive resume of roles in US indies like On the Road (2012), The One I Love (2014), and Alex Ross Perry’s previous offering Listen Up Phillip (2014). Queen of Earth reunites her with Perry, taking centre stage as the protagonist, and the result is an acting masterclass that should be watched and studied by aspiring and veteran thespians alike.

This extremely unsettling drama comes tinged with a Hitchcockian atmosphere and follows the downward spiral of Catherine (Moss)—a woman who, after recently losing her father, breaks up with her boyfriend James (Kentucker Audley) upon his revelation of an affair. Looking for relief from such a dark moment, Catherine goes on a week-long retreat to the lake house of her childhood friend Virginia (Katherine Waterstones), but what should be a chance to heal turns into an uncomfortable experience triggering deeper issues within Catherine’s fragile mind.

An integral part of the vibrant New York artistic scene (where he also works as an actor, aside from being a writer-director), Alex Ross Perry clearly loves to send his characters away in idyllic and isolated countryside venues to deal with their problems. That was also the structural storytelling of Listen Up Philip, but with Queen Of Earth the filmmaker does way more than just alter the sexuality of his protagonist.

Whilst Philip was an acerbically funny dramedy about the idiosyncrasies of an eccentric and self-centered novelist, Queen is an affecting observation of a woman’s mental breakdown in the wake of life crumbling around her, while retaining some of Philip’s vitriolic humour. However, it’s the time spent at Virginia’s lake house that triggers her deterioration, since she can’t help reminiscing about the previous summer when she and James were there together. 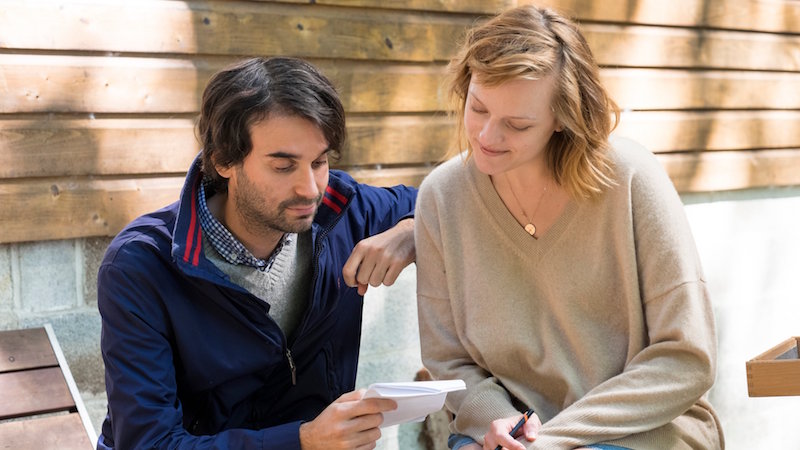 Virginia’s company should be of comfort, but the more they talk, the bitter these two friends become towards each other, and the interspersed flashbacks show how their estrangement had earnestly begun the previous year—when Virginia developed resentment for Catherine’s choice to bring James along. To get back at her friend, Virginia starts hanging out with her lake house neighbour Rich (Patrick Fugit) whose constant presence eventually gets on Catherine’s nerves.

Despite my love for Moss propelling my interest in Perry’s new cinematic effort, the director must be lauded for his other casting choices as well—Waterston (Inherent Vice, Steve Jobs), with her subtly repressed discomfort, is especially perfect as the counterpart to Moss’ magnificent lunacy. But praise is in order for the underrated Fugit, the actor who broke through with his iconic role in Almost Famous, who does a terrific job making us uncomfortable with Rich’s way of getting under Catherine’s skin.

Perry compliments his cast’s outstanding work with a vintage look and style that feels like a 1970s melodrama with creepy undertones. Lynch and Cassavetes are the main comparisons critics have cited since the film premiered at last year’s Berlinale, but what emerges from Queen Of Earth is the assuredly developed voice of an auteur who’s been acknowledged by the Hollywood machine.

Perry recently agreed to write and direct a live-action version of Winnie the Pooh for Disney, and given his body of work so far it’s inevitable to consider such eccentric pairing. After you’ve seen Queen Of Earth you’ll definitely realise why… but first, you need to open your mind, let yourself go to the jarring reality of this psycho-drama, and once past the initial discomfort of the confrontational exchanges these characters share, you’ll be able to enjoy this glorious artistic journey.

Available to buy and rent from 4 July 2016 in the UK, incluidng behind-the-scenes extras, from We Are Colony.